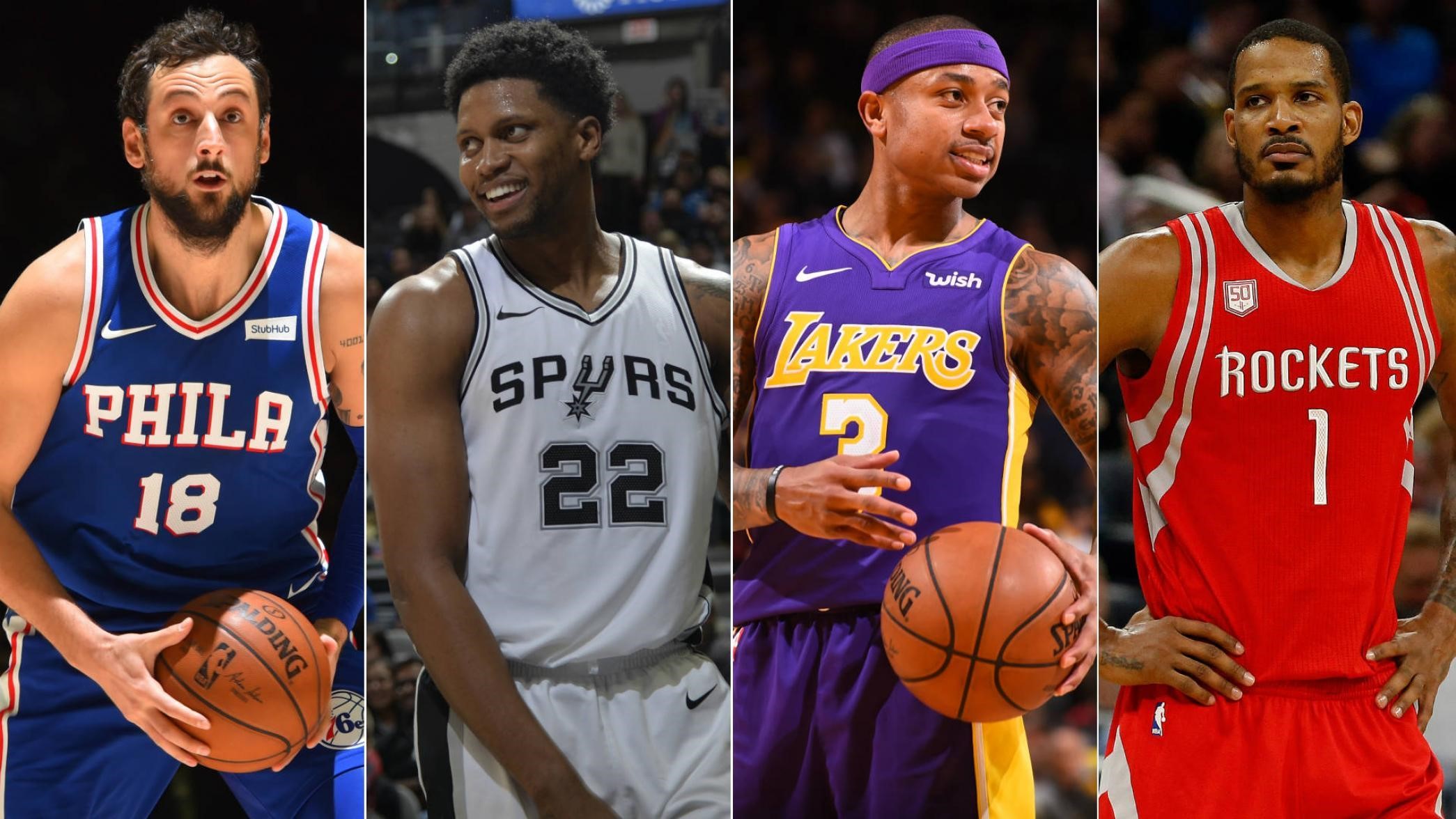 10 Under The Radar NBA Free Agents This Summer

The 2018 NBA Free Agency doesn’t officially begin until July 1, 2018. That’s the day when teams can start courting free agents in the hopes of signing them to their teams. Players can’t officially sign contracts until July 6th but as early as couple of weeks ago, the rumors have started to rumble.

But while the news has centered around the likes of LeBron James, Paul George and Kawhi Leonard ( Leonard isn’t a free agent ), there are a handful of very serviceable players who will become free agents but are flying under the radar. Here are 10 of them: 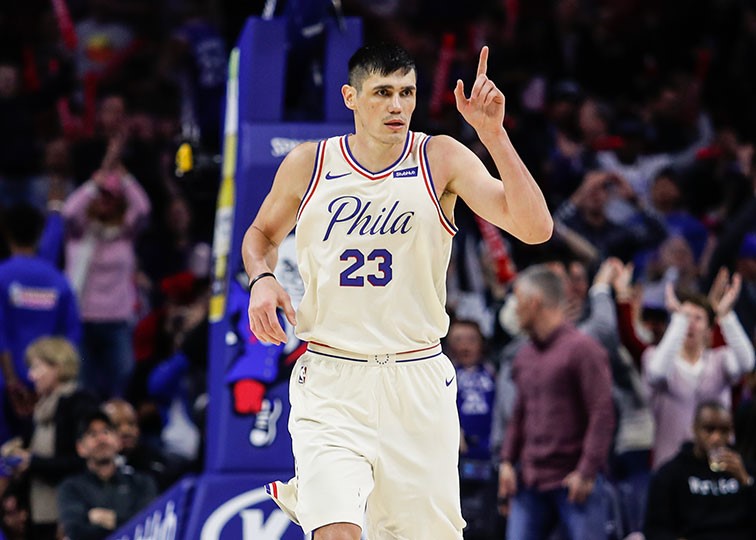 Ersan Ilyasova returned for a second tour of duty with the Philadelphia 76ers last season and became an integral part of their playoff run. The Sixers traded Ilyasova to the Atlanta Hawks before the 2016-17 NBA season trade deadline but after the Hawks waived him last season, the Sixers were more than happy to bring him back.

Ilyasova averaged 10.8 points, 6.7 rebounds, 1.7 assists, 0.4 blocks and 0.7 steals per game in 23 regular season games with the Sixers. During that period the Sixers went 20-3 and they made a run not only to make the playoffs but to gain home court advantage too.

Ilyasova is a hard worker who plays excellent team defense. He’s still elite at taking charges, in fact, he ranked second in the league in that department last season. He also showed that he could knock down the three pointer, making a career high 36.1% of his three ball last season. 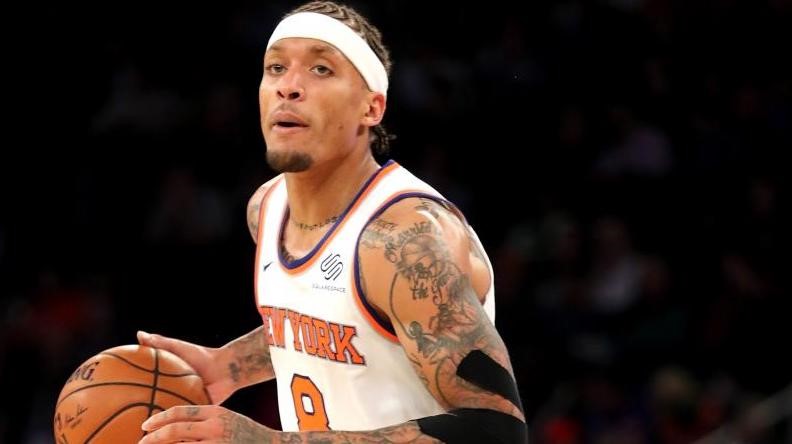 Michael Beasley talks a lot about himself ad one of the more interesting things he said last season was that he is the ‘left-handed Carmelo Anthony’ or something to that effect. Well, that in a nutshell is what Beasley is all about: Putting the ball in the basket.

Beasley averaged 13.2 points per game for the Knicks last season, his best scoring average since 2011 when he was a pseudo all-star in Minnesota. He also shot the ball at 50.7% from the floor and 39.5% from the three point area. He also averaged 5.6 rebounds, 1.7 assists, 0.6 blocks and 0.5 steals per game.

The former second overall pick of the 2008 NBA Draft out of Kansas State has always been known for his ability to score. Then he can also get you rebounds and a couple of assists. But if you’re looking for that elite defender, this is not your guy. Beasley had a defensive rating of 110.8 points per 100 possessions last year. That’s pretty bad. But given that his role was to score, Beasley proved that he still deserves a spot in an NBA roster. 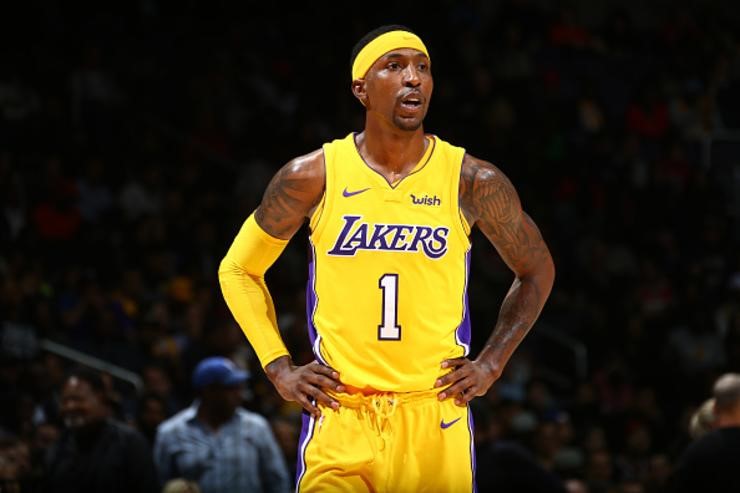 Kentavious Caldwell Pope signed a one year deal with the Lakers last season and he played very well on a rebuilding team. The Lakers would surely want him back this season but with ‘bigger names’ in mind, KCP may be moving on. Having said that, teams from the West could make use of a veteran two-way guard like him, especially with the need to defend rivals like the Warriors and Rockets.

Caldwell-Pope averaged 13.4 points, 5.2 rebounds, 2.2 assists, 0.2 rebounds and 1.4 steals per game for the Lakers last season. He als shot the ball well from behind the arc, making 38.3% of his three pointers while making a career high 2.1 three pointers per game.

Defense has always been KCP’s calling card but the guy can shoot and can get hot when he’s feeling it. He has good size to defend both guard positions and he can space the floor with his ability to shoot the three. KCP is also a good finisher on the fastbreak and should be a good veteran addition to a contending team. 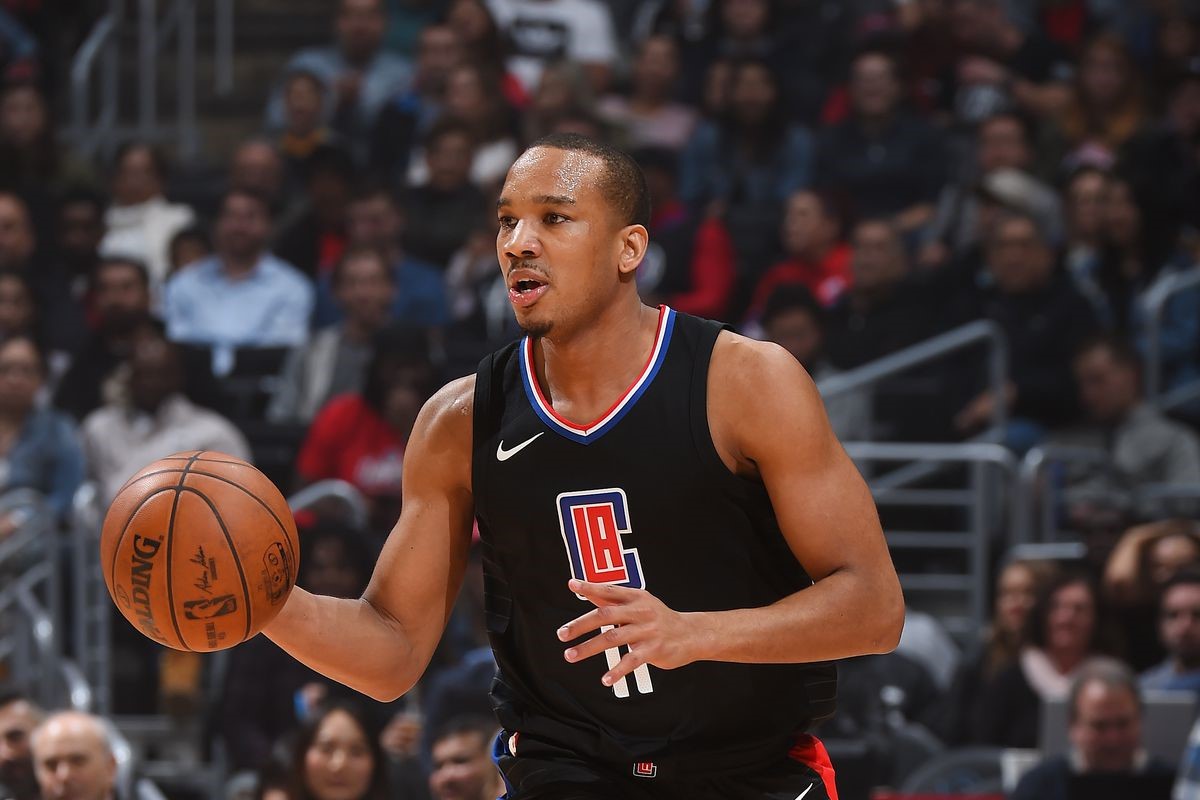 After starring in Boston’s 2017 playoff run, Avery Bradley had a rough 2017-18 season. He was traded to the Detroit Pistons to make way for Kyrie Irving. During the season, he was traded again to the Clippers in the trade that sent Blake Griffin to Detroit. Then he suffered a season ending surgery to repair his adductor and rectus abdomnis muscles.

Bradley finished the season averaging 14.3 points, 2.5 rebounds, 2.0 assists, 0.2 blocks and 1.2 steals per game last season. Bradley made 36.9% of his three pointers and made 1.6 threes per game. His numbers were down in Detroit and were worse with the Clippers but prior to last season, Bradley played great on a good team like Boston.

Bradley is one of the league’s best perimeter defender and his ability to knock down the three point shot consistently makes him a very valuable player in this era of 3&D wingmen. Coming off an injury may be a concern but if Bradley returns to form, whichever team lands him gets a legit starter on their squad. Maybe not a superstar but definitely more than your average player. 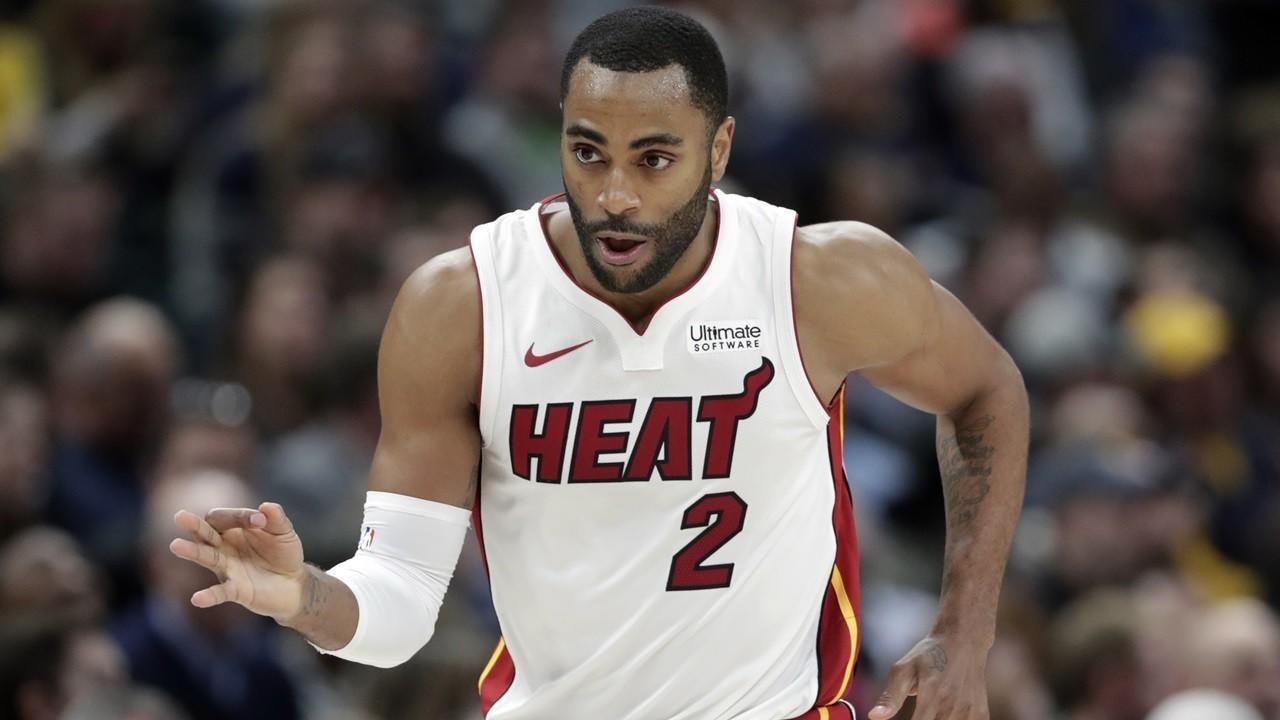 Wayne Ellington has established himself as one of the top three point shooters in the NBA in the last couple of seasons. Drafted 28th overall in 2009 by the Minnesota Timberwolves, Ellington has shot the three ball at 37.8% or better in the last two seasons. Last season, Ellington made a career best 227 three pointers for the Heat.

The former North Carolina standout averaged 11.2 points, 2.8 rebounds, 1.0 assists, 0.1 blocks and 0.7 steals per game last season. He shot the ball only at a 40.7% clip but what stood out was his 39.2% accuracy from the three point area. Ellington was among the league’s leaders in three pointers made per game and total three pointers made for the season.

With a defensive rating of 103.9, you can argue that he is an okay defender although definitely not elite. But on the other end of the court, he’s a guy who can space the floor with his ability to knock down the three pointer. As long as three point shooting is a premium in the league, shooters like Ellington are a must have for any team. 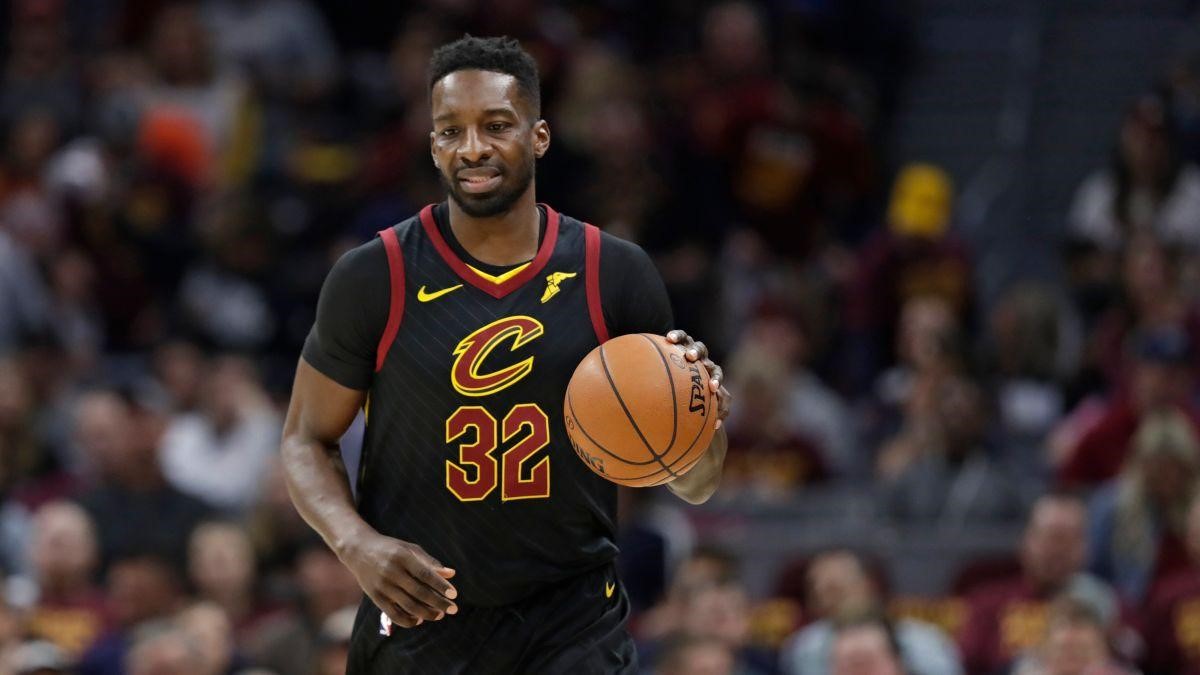 There are only two players left in the league who were able to wear a Seattle Supersonics uniform: Kevin Durant and Jeff Green. Well that just shows you how long Green has been around. While Durant’s star continues to rise though, Green has just resurrected his career.

Boston’s 5th pick in 2007 averaged 10.8 points, 3.1 rebounds, 1.3 assists, 0.4 blocks and 0.5 steals per game for the Cleveland Cavaliers last season. Although he wasn’t a knockdown three point shooter at just 31.2% from behind the arc, Green shot the ball well with his 47.7% field goal percentage.

Here’s a guy who’s only 31 and has bounced around the league for an entire decade. Out of nowhere, Green had an excellent season where he thrived when Tyronn Lue played him at power forward in their small ball units. Given that the league is driven by small ball now, Green should stick around much longer in the NBA. 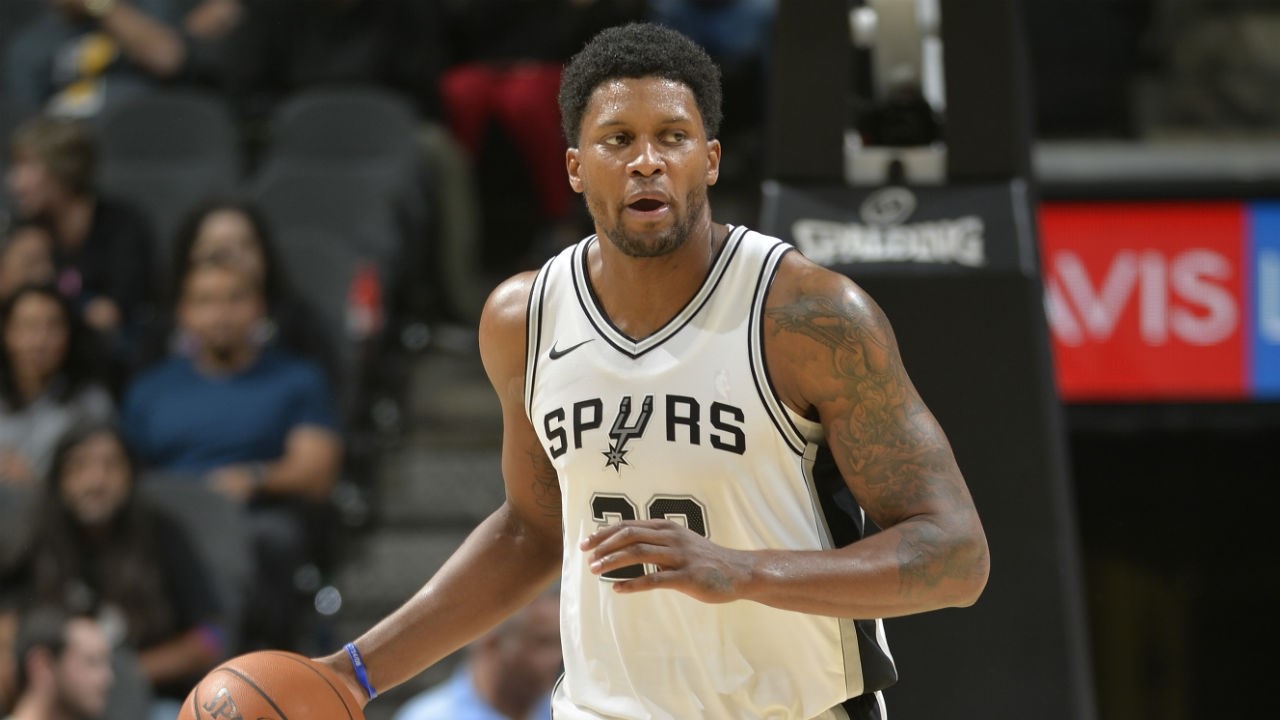 Rudy Gay declined his player option with the Spurs to become an unrestricted free agent this summer. The move may be a risk because Gay was coming off an Achilles injury when he came to the Spurs last season. But given his skillset, he is bound to find his place in the league.

This is a player who can create his own shot and is good at putting points on the scoreboard. He may not be a great three point shooter but his ability to draw fouls and go to the free throw line make him a valuable asset for any NBA team. Gay ranked 2nd to Jeff Green among non-starting power forwards in free throws per 100 possessions. 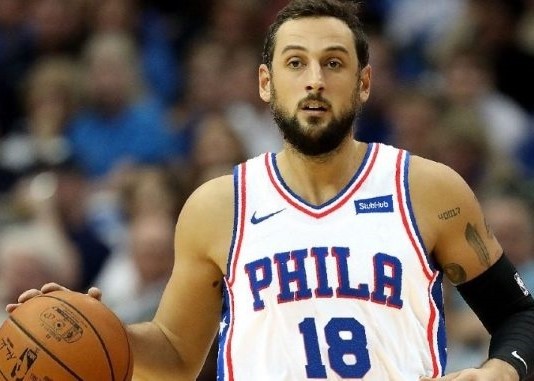 Marco Belinelli chose to go to the Philadelphia 76ers when he became a free agent. He made a huge impact for them during the 2018 NBA playoffs. All I can remember is him hitting that corner buzzer beater against the Boston Celtics in the playoffs. Sure, they got annihilated by the Celtics, but Belinelli’s stock certainly rose after that series.

His ability as a knockdown three point shooter will always find a home in the NBA. He’s good at catch and shoot situations and doesn’t need too much space to find his mark. Belinelli thrived with his J.J. Redick role while playing alongside J.J. Redick himself. 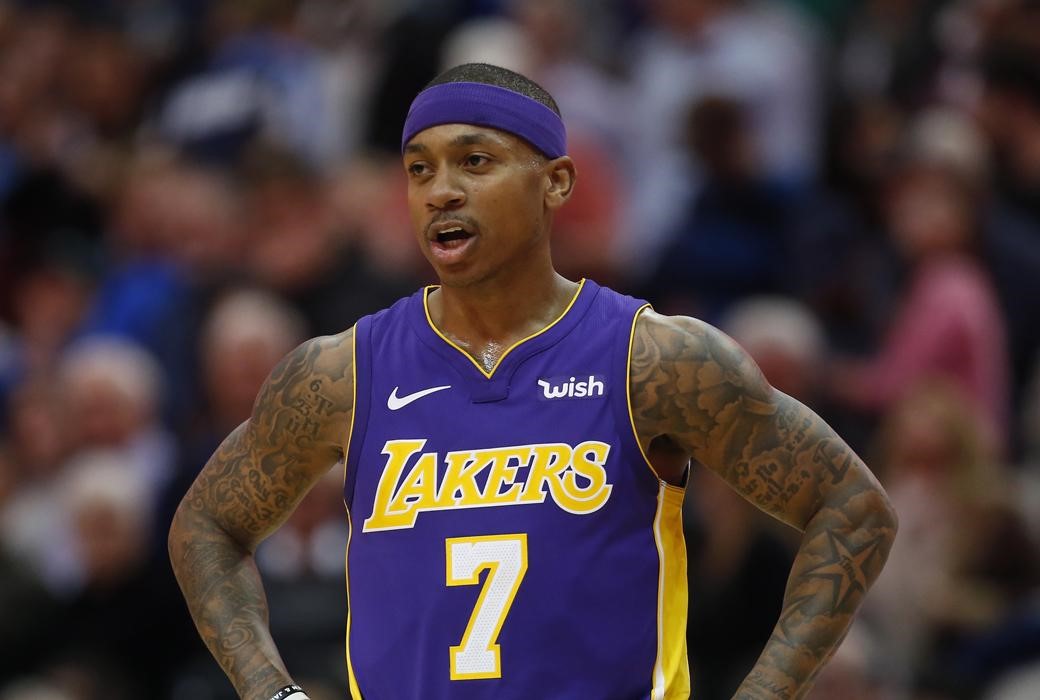 It has been indeed a roller coaster ride for Isaiah Thomas. After an All-NBA team season with the Boston Celtics in 2016-17, he was traded for Kyrie Irving last summer. He opened the season on the injured list and when he played, he couldn’t find his mark in Cleveland. The Cavs ended up trading him to the Los Angeles Lakers and when he came there, the Lakers already had a starting PG. Despite what happened, we know what IT can do.

Thomas averaged 15.2 points, 2.6 rebounds, 4.8 assists, 0.1 blocks and 0.5 steals per game while playing for both the Cavs and Lakers last season. IT shot the ball at a career low 37.3% from the floor but that was because he came off an injury and was too pressured to deliver during a contract year when he became healthy.

A lot of people may have already written him off. But remember that he’s been written off before. Size may be a liability but the size of this man’s heart cannot be questioned. He’s an elite scorer no doubt and has good point guard skills. If given the right break, he can return to his old form again. 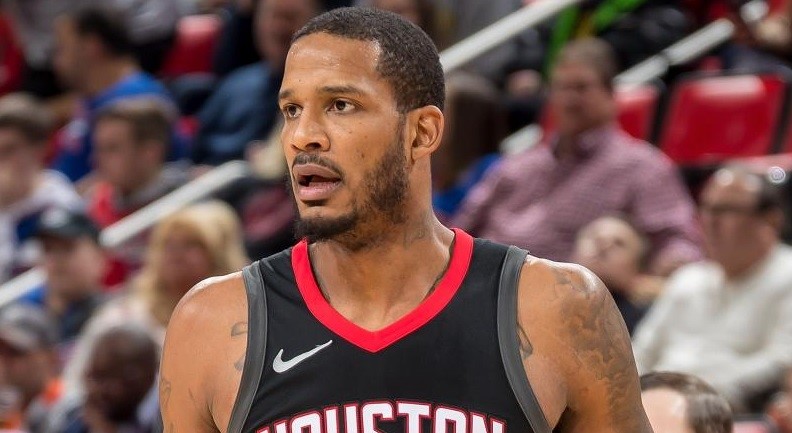 The last time we saw him play, he was terrible. Ariza couldn’t have picked a wrong time to go cold than going 0-12, including 0-9 from the three point area, in the Rockets’ Game 7 loss to the Golden State Warriors during the 2018 NBA Western Conference Finals. It was the Rockets’ biggest game of the season and Ariza didn’t show up. If you take that game out of the equation though, Ariza had a great season in Houston.

Ariza averaged 11.7 points, 4.4 rebounds, 1.6 assists, 0.2 blocks and 1.5 steals per game for the Rockets last season. He shot the ball fairly well from behind the arc at 36.8% and he was a solid team and individual defender all season long.

The Rockets obviously want to keep him around but he may be getting big money out there, perhaps similar to the one the DeMarre Carroll got in 2015. 3-and-D is becoming a household name in the NBA and there is no better example of that than this wingman. Ariza should be a steady presence for any team looking to make a deep playoff run. The Rockets can only hope it’s them.