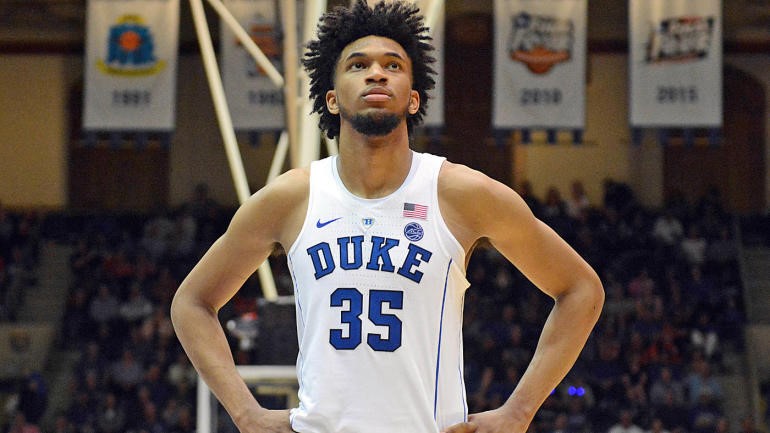 With the NBA draft inching closer, let’s take a look at a third top prospect in the 2018 NBA draft.

While many believe that DeAndre Ayton will be the #1 overall pick in the draft, there are still a few experts who think that Marvin Bagley III is a longshot to be taken at the top spot by the Phoenix Suns. Although he doesn’t possess Ayton’s size, Bagley is probably one of the best overall players in the draft given his mix of size, skill, speed and athleticism.

Let’s take a closer look at Bagley and see where he could possibly end up on draft night: 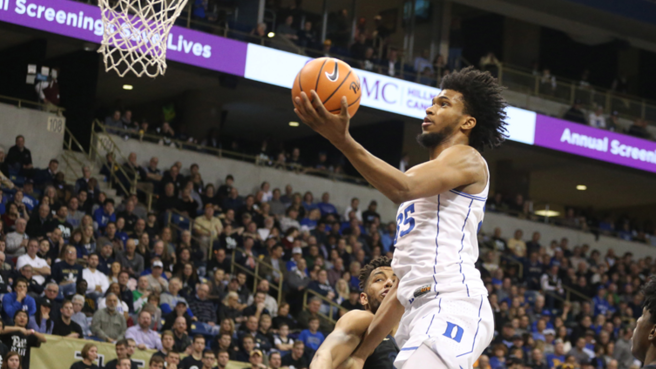 Bagley was rated as a 5-star recruit and was considered as the top player of the 2018 class before his reclassification. Before his senior season in high school, Bagley reclassified himself as a member of the 2017 class to make himself eligible for the 2018 NBA Draft as early entry. Bagley chose to play for Mike Krzyzewski at Duke in his only collegiate season. He is considered as the best freshman player in the history of Duke.

Bagley is only the second player in league history ( after fellow Duke alumnus Jahlil Okafor ) to win ACC Rookie of the Year and Player of the Year awards in the same season. He is also the first Duke Blue Devil under Coach K to lead the ACC in both scoring and rebounding. The last player in the conference to lead both statistical categories was Tyler Hansbrough of North Carolina in 2008.

Bagley also set the record for freshman scoring and rebounding at Duke. His seven 30 points games last season wasn’t just a Duke freshman record but also the ACC freshman record. His 21 double doubles are the third most in Duke history and the most for a freshman. Bagley’s 92 dunks are the most by any Duke player in a single season. There have only been five 30-10 games in the legendary coaching career of Mike Krzyzewski and four of them were recorded by Marvin Bagley III. 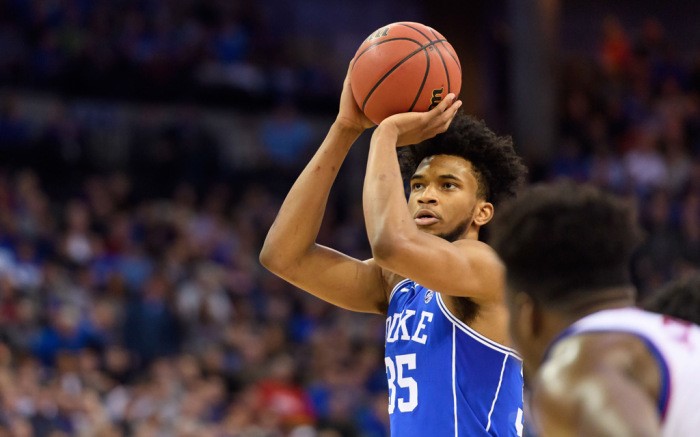 Being a left hander, Bagley is often compared to former Toronto Raptors franchise player and Miami Heat champion player Chris Bosh. Like Bosh, Bagley is unusually smooth and fluid for a 6-11 guy. He jumps well off both feet and has very good second and third jumps. Bagley moves very well laterally and is quick with his feet. He has good body control and very coordinated movements for his young age.

Offensively, he is a natural scorer who can score a lot of ways. He gets to the rim easily and is a strong finisher at the basket plus has a soft touch around the rim. Bagley also can finish with floaters, jump hooks and runners. As a big man, he has good low post moves and can potentially stretch the floor by being a catch and shoot three point shooter. No, he’s not yet elite at shooting the three ball but Bagley has great shooting form and has shown some consistency with his outside shot.

Defensively, he has a good nose for the ball and is a terrific rebounder especially on the offensive end. He can grab a defensive rebound and go coast to coast to finish the play. With his length, he has the ability to challenge shooters. He has decent but not elite shot blocking skills. But given his motor and length, he has the potential to be a solid defender in the next level.

The main concerns about Bagley is that he doesn’t have the wingspan of an elite NBA center. His body is considered NBA ready but still has a lot to improve if he is to dominate the paint in the next level. His lack of upper and lower body strength enables bigger opponents to push him outside the post. He is a good ball handler but must learn to trust his right hand dribble more. Although his outside shot is already developing, it is still far from being at the level needed for him to be a legit NBA stretch four.

Bagley is good at a lot of things but isn’t an elite at one. As some scouts say, he is a jack of all trades but a master of none. Some scouts don’t see him as a potential franchise player because of this perceived weakness. Despite that, he is considered as one of the most talented players in the draft and a potential Top 3 pick.

Overall, Bagley has a high upside but it depends on what position he plays in the NBA. He is probably more suited as an NBA Power Forward but if he can continue to develop his outside shot, he can play small forward given his speed, quickness and agility. It’s not likely that he’s going to be a dominant NBA center anytime during his career. 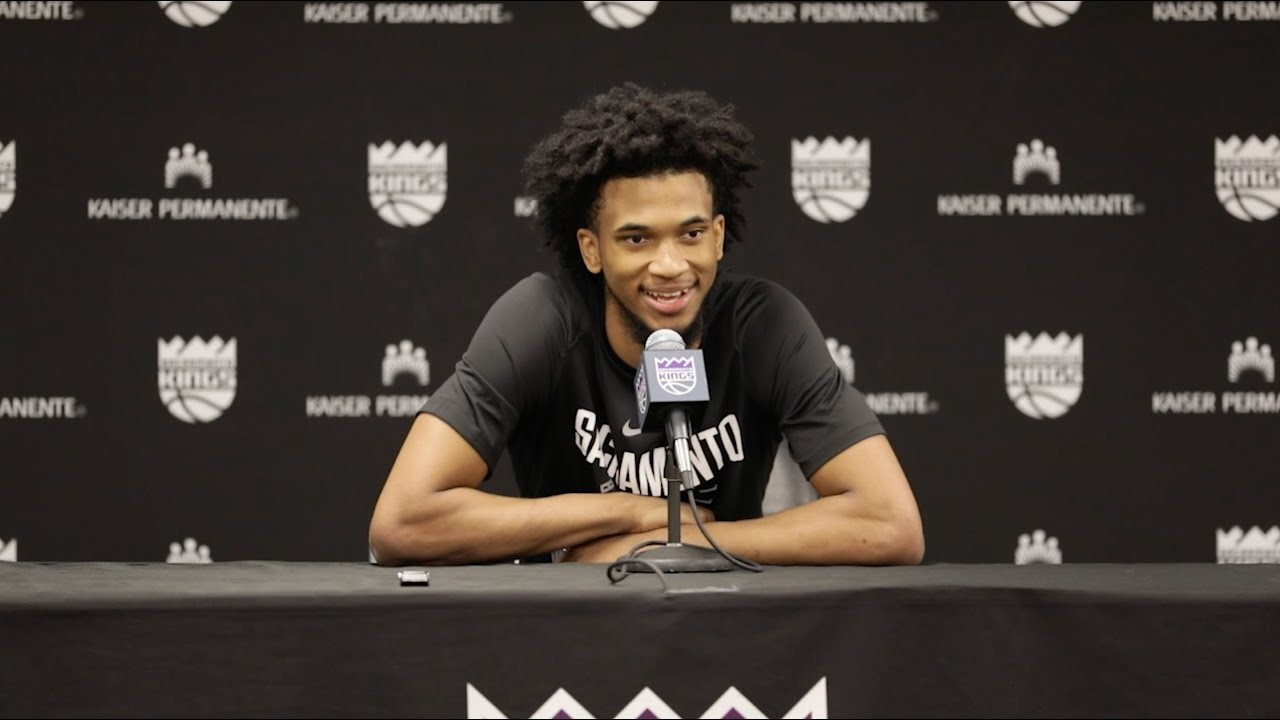 With the 2018 NBA Draft getting nearer, the #1 pick seems to be clearer. It’s likely going to be Bagley’s high school teammate DeAndre Ayton. Luka Doncic and Marvin Bagley III are reportedly the top choices of the Sacramento Kings who pick at number two. But in recent week, it appears that the Kings are leaning towards Bagley. He worked out with the Kings recently and said that he ‘loves it ‘ in Sacramento. So is the feeling now mutual?

That remains to be seen. In many mock drafts, Bagley is expected to go second with Doncic falling to third or fourth overall. Experts are saying that Bagley can go as high as number two and fall down to as low as #5.

In the latest development, Bagley signed an endorsement deal with Puma after spurning Nike. The shoe deal is expected to be the highest since Kevin Durant signed with Nike in 2014. Of course a shoe deal doesn’t determine NBA success but that speaks highly of Bagley’s value as a potential NBA star.