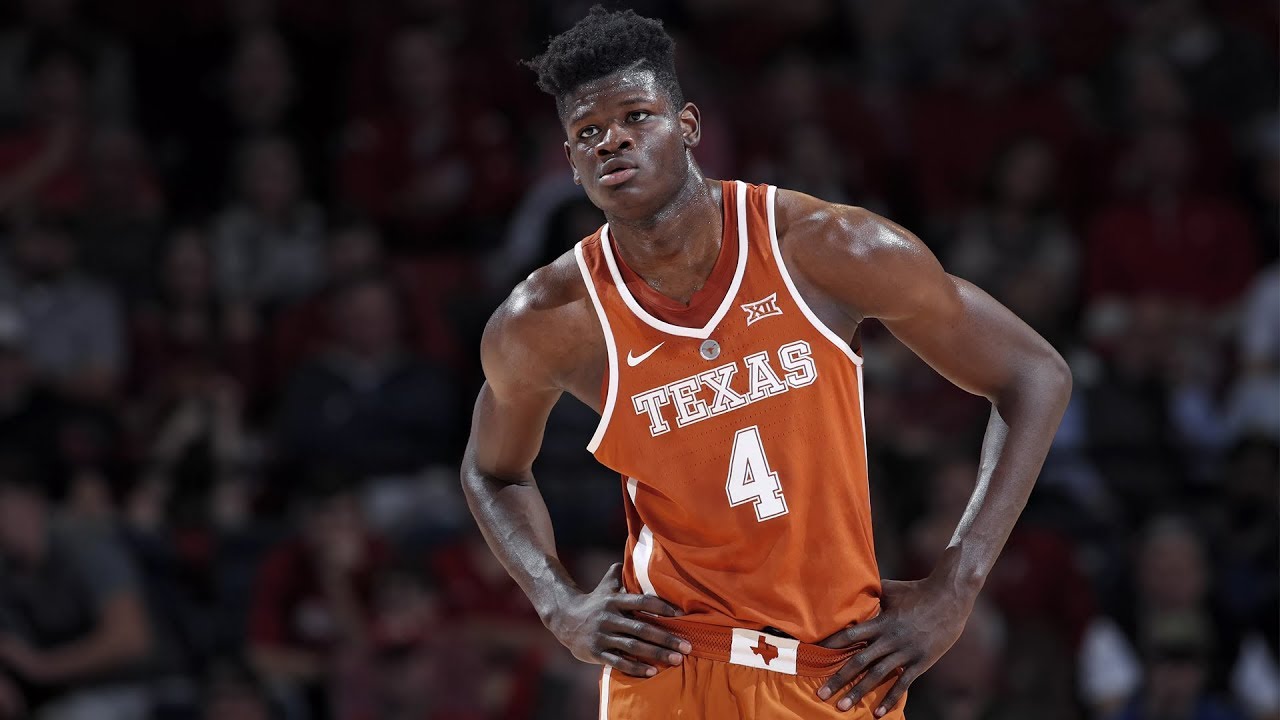 We’ve already previewed the top three players in the upcoming 2018 NBA Draft in the persons of DeAndre Ayton, Marvin Bagley III and Luka Doncic. But aside from the three, there is a player whose draft stock has supposedly risen after the private workouts and the NBA combine.

The University of Texas’ Mohamed Bamba has wowed scouts and coaches after measuring 7-10 in wingspan and running the ¾ court dash at a blistering 3.04 seconds. Bamba’s unique combination of length and speed is something we haven’t seen before. Aside from his natural physical gifts, Bamba has also shown better offense than expected at his workouts. Given his age and physical attributes, many believe that he has the most upside among the players in the draft. Having said that, Bamba may be the surprise of the draft and that’s why we’re featuring him as one of our top prospects for this year’s NBA draft.

Let’s take a close look at the man of the moment, Mohamed Bamba: 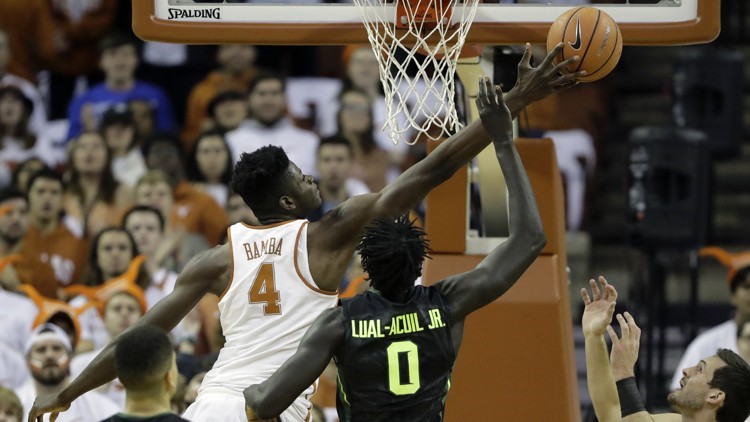 Mohamed Bamba was born on May 12, 1998 in Harlem, New York. His parents, Lancine Bamba and Aminata Johnson were originally from the Ivory Coast. They emigrated to the United States separately and met in New York. Mohamed has an elder sister named Sita Johnson and two elder brothers, namely Sidiki Johnson and Ibrahim Johnson. Sidiki played college basketball at Arizona and Providence while Ibrahim also played for Farmingdale State and Montevallo.

Because of the game’s popularity in his hometown, Bamba became interested in basketball at the age of six. By 8th grade, he was playing for the all-boys Cardigan Mountain School. He transferred to Westtown School in Pennsylvania and averaged 14 points, 11 rebounds and 6 blocks per game as a junior. Bamba participated in the 2017 Nike Hoops Summit and the 2017 McDonald’s All-American Game where he led all scorers with 17 points on 7-10 shooting.

Bamba was one of the top recruits in his class and was a five star recruit. At first, he was torn between Michigan, Duke, Kentucky and Texas and he was rumored to follow his good friend and fellow 2018 NBA Draft hopeful Kevin Knox to Kentucky. But he ultimately chose to play for the University of Texas. Following the Longhorns’ loss to Nevada in the 2018 NCAA Tournament, Bamba announced that he will be forgoing his final three years of college eligibility to apply for the 2018 NBA Draft where he is expected to be a Top 10 pick. 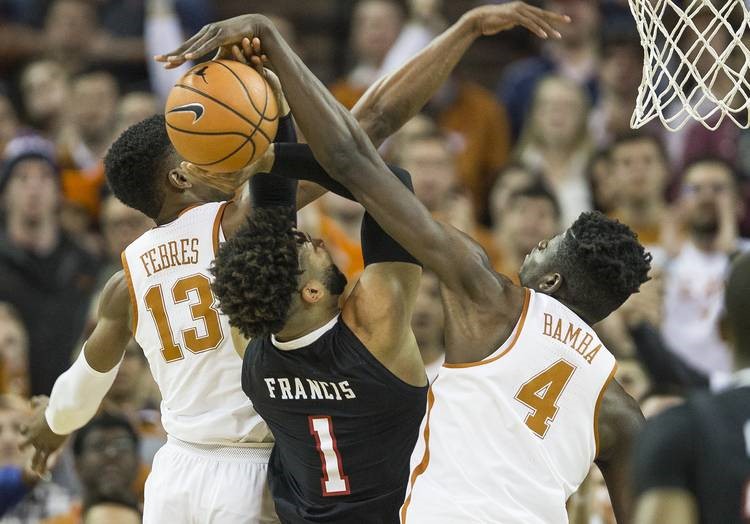 Mohamed Bamba is one unique physical specimen. At the 2018 NBA Combine, he was measured to be 7-1 with a wingspan of 7-10. The latter broke the record of Utah Jazz center Rudy Gobert whose wingspan was listed at 7-9. During a private workout for the Chicago Bulls, Bamba reportedly ran the ¾ court sprint at 3.04 seconds. That’s faster than the 3.08 recorded by Russell Westbrook and the 3.14 registered by John Wall.

After Bamba’s reported 3.04 dash, his stock rose in the 2018 NBA Draft. And why not? You have a kid here who is longer than Rudy Gobert but faster than Russell Westbrook. That doesn’t sound normal, right? Oh by the way, we almost forgot to mention that his standing reach is 9 feet and 7 inches. That’s unheard of.

With his length, Bamba’s 3.7 blocks per game put him among the best rim protectors in the NCAA and coupled with his defensive instincts, he’s a bet to be a defensive force at the next level. That’s not even counting the countless shots he altered during his one and done season in Texas. And yes, he only committed an average of 2.4 fouls per game. That speaks of his timing and intelligence in blocking shots.

As 7-1, he has excellent lateral movement which makes him a very good pick and roll defender in the NBA and one who can move back and forth quickly protecting the paint. Despite having a lean frame, Bamba was already an elite rebounder in college. Given that he can still improve his frame because he has broad shoulders, he has the potential to be one of the NBA’s top rebounders. His timing on the offensive boards is also good, making him a rebounding threat on both ends of the floor.

Although he shot just 67.8% from the foul line and 28% from behind the college three point arc, Bamba does have a good high release and backspin on his shot. His shooting mechanics are good and given the right training, he can be a decent shooter for a player of his position. Three point shooting is surely not his calling card but he has good shot selection and can hit jumpers from the elbows.

One of Bamba’s main weaknesses is his size. As we said earlier, he has a lean physique and if he was able to get away with that in college, he needs to bulk up and add around 25 more pounds in order to hold his ground against the bigger centers in the NBA. But that’s not a big problem really because he is still young and growing.

When he got going offensively, he took over games in college. But there were also times when he got too passive when he got bothered by the defense. Given his size and length, he could use more aggressiveness once he steps into the NBA level. Offensively, his back to the basket game is a work in progress.

Overall, he’s an excellent athlete and a remarkable physical specimen whose defensive potential is limitless. His offensive game has room for growth and if he continues to add more weapons to his offensive arsenal, he can be of of the elite centers in the NBA for years to come. 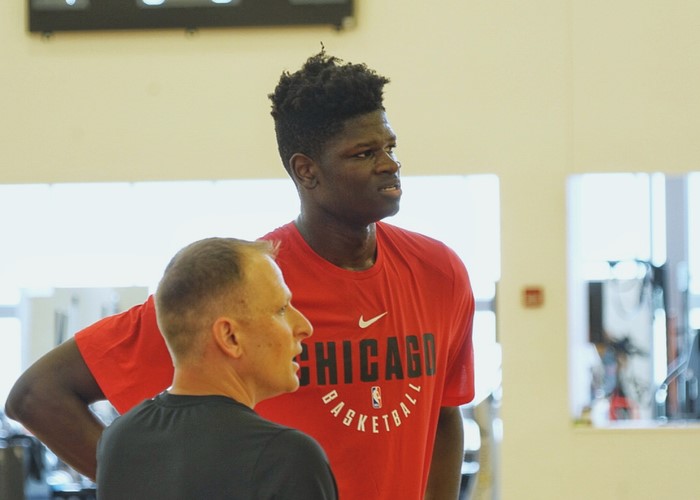 Since Bamba ran the 3.04, his draft stock has supposedly risen. But up to how high, we do not know. For sure though, he isn’t on Phoenix’s mind at number 1. Sacramento may be picking Marvin Bagley III at #2 and Atlanta could be picking Jaren Jackson at #3. Memphis may have no choice but to pick Luka Doncic at #4 which leaves Bamba at possibly #5 with the Dallas Mavericks.

The Mavs don’t have a big man right now and since Tyson Chandler during their championship days, Dallas has not had a gifted rim protector. Bamba could change that. However, a couple of weeks ago, Bamba talked about himself fitting with the Chicago Bulls. The Bulls have the 7th pick so if the Mavs and #6 Orlando pass, the Bulls would love to get their hands on Mohamed Bamba. Likewise, the Celtics expressed interest in Bamba and could be trading one of their players or future draft picks to move up in the draft and land Bamba.