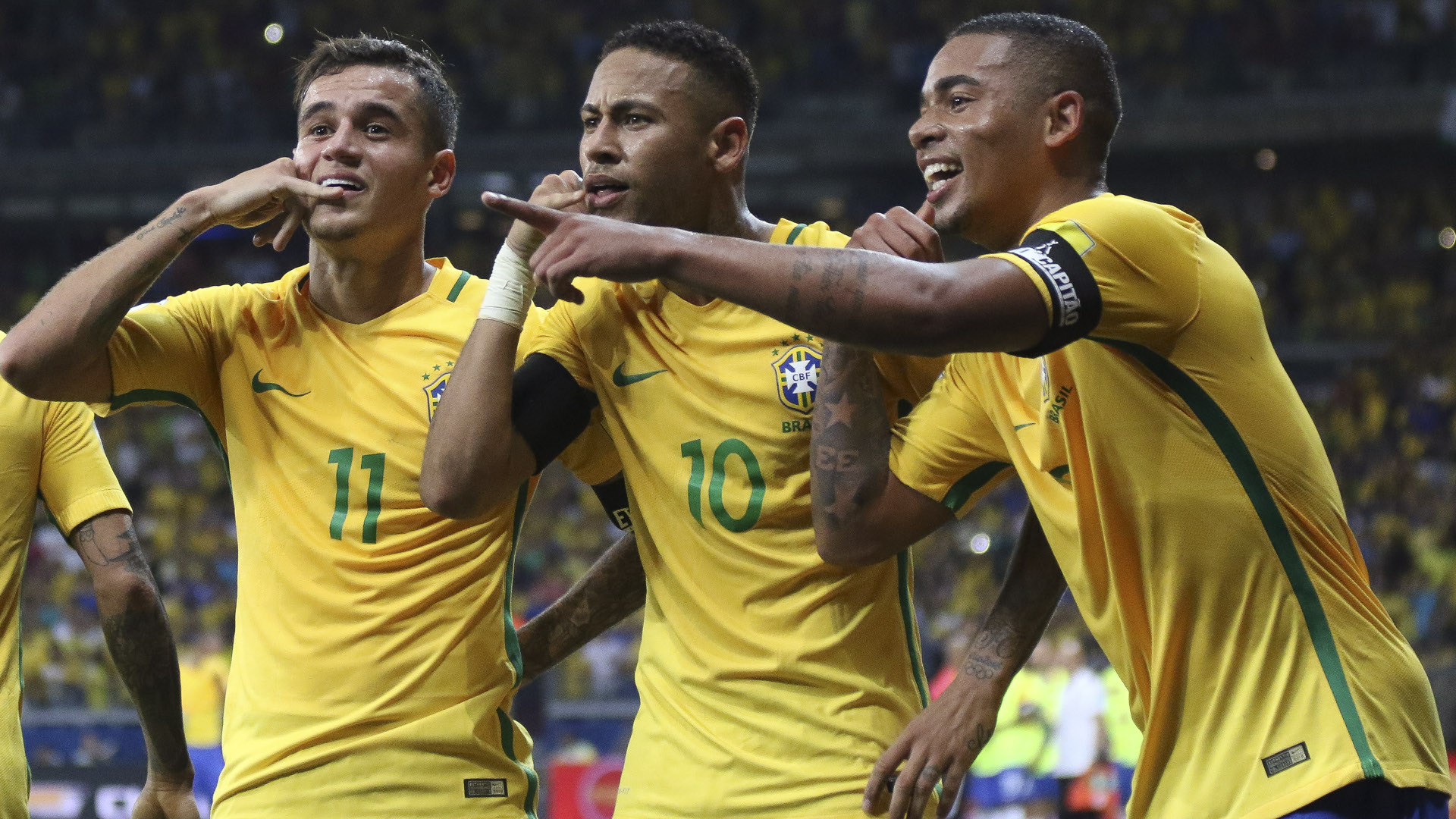 Everyone knows how Brazil’s 2014 World Cup campaign went out. It was a disastrous one as they were defeated by the Germans in a very unlikely fashion. It was a 7-1 thrashing at homecourt, and the Brazilians, can’t do anything other than to accept ultimate defeat.

What made it even more disappointing was that it was an early semi-finals defeat.

Nonetheless, that was four years ago, and Brazil learned a lot from that horrific experience. Now, Brazil looks to be in a pretty great shape as they're vying to exact vengeance from their lost opportunity last time.

Tite took over the Brazilian squad in 2016, and since then ushered in a new age for Canarinho. He holds promising potential to thrust Dunga’s seemingly forsaken squad into numerous opportunities.

Fortunately, it turned out just right as the Brazilian manager restored the team’s swag and enabled their stars to bring out their full potential game after game. It was what every Brazilian football fan hoped for.

Neymar, along with Philippe Coutinho and Gabriel Jesus is expected by all to be the leading force to bring greatness to Brazil in the World Cup in Kiev. It might be a great thing for these guys. However, this would mean added pressure on their shoulders, especially that the PSG star recently suffered an injury.

Good thing his star status made up for his health issue as he was still selected into the final squad.

Many also expect Brazil to make up for their shortcomings in 2014. In fact, the country is one of the top favorites to win the World Cup this year. Take note that the title eluded the Brazilian squad over the last 16 years, and throughout that time had won five trophies.

Indeed, they've got the makings of a champion, and if ever things go smoothly this time around, there's no doubt that they'll be the hallmark of the sport of football for generations to come.

Brazil made an impact as it thrashed its South American counterparts easily through the entire qualifying stage. They were even the first team to qualify for the World Cup, together with the host Russia.

Throughout the entire span of the qualifiers, Brazil also won 12 games and had just suffered a single defeat, which is, by all means, a huge feat for a team that holds the promising potential to win this World Cup's title.

Indeed, Tite’s arrival made a huge contribution to the development of their attacking force as the Selecao bagged 30 goals during their final 12 qualifiers — another hint that they’ve finally solved their issues.

This is again a huge improvement from their slack attacks four years ago, probably because of Dunga’s not-so-strict coaching.

Their qualifying campaign also showcased their offensive strength as what Gabriel Jesus offered Selecao. The forward scored seven goals in the qualifiers, while Neymar and Paulinho contributed six goals each, enabling Brazil to lead the score charts by 10 points over Uruguay that sits in the second place.

The Brazilian squad worked together to ensure that each of them complements each other’s style of plays. Perhaps that’s what they lacked during the previous Rio de Janeiro World Cup. Good thing they’ve made amendments to that, because if not, then they’ll surely be annihilated by the underdogs knowing that their weakness has been exposed.

Brazil is in Group E and is set to face Switzerland on June 17. Sports analysts believe that this is going to be the team’s toughest game in the stage as the Die Nati is equipped with a talented barrage of attackers and midfielders.

There’s Granit Xhaka and Xherdan Shaqiri in the midfield, while Breel Embolo and Haris Seferovic’s striking skills will be on full display.

The Selecao surely has a strong desire to redeem themselves after their sloppy performance in the last World Cup. That, according to analysts, is the reason why the Swiss should fear Brazil. Analyzing them head-to-head, one can easily conclude that Brazil has the upper hand as they have more experience when it comes to dominating the international scene.

Even so, Neymar, who’s arguably the most expensive footballer in the world, plays for Brazil. And that’s not just about his price, but his overall skills as well. Switzerland still needs to go through a lot and putting them against the arguably best national team in the world doesn’t bode well.

Once the Swiss clash is through, Brazil will then face Serbia on June 27. This matchup, however, will be slightly different as the Serbs are known to focus greatly on defense, which is just what the Brazilians aren’t so good at.

The Serbian squad is also littered with veterans. There’s Branislav Ivanovic, Aleksandar Kolarov, and Nemanja Matic. Though they might not be huge stars in the sport, they’ve got a whole lot of experience tucked under their sleeves.

So, with that, it'd be safe to expect that things will be as a bit difficult for the Brazilians. But that doesn't mean they're going to lose. It's just a challenge that they'll most likely overcome, but not just in a very easy fashion. Serbia is expected to fight for the second place against Switzerland.

Brazil is undoubtedly the favorites to dominate the group. However, Costa Rica should also not be forgotten as elite strikers Bryan Ruiz, and Joel Campbell will ensure that everything goes smoothly for Los Matacampeones.

The Selecaos will face Costa Rica on June 22, and they shouldn’t go easy with them despite the Costa Ricans being an underdog. Take note that they made it to the quarterfinals the last time.

En route to the final

Brazil is expected by many to dominate its group. The team will also likely be matched up with the Group F runner-up, which is a pretty good thing knowing that the team they'll be playing against won't be that strong.

The countries that are included in Group F are Germany, Sweden, Mexico, and South Korea. Germany is expected to dominate that group. Therefore they won't be the runner-up. This is a great thing as the other remaining clubs will be a piece of cake for Brazil, especially Mexico and South Korea, two countries which lack any solid experience in dominating the international scene.

If everything goes as planned, Brazil will avoid an early clash with rival Germany.
What will happen instead is that they’ll be going head to head with Mexico. Sweden is an unlikely winner, but their squad shouldn’t be underestimated as Emil Forsberg and Marcus Berg will take care of the midfield and striking positions respectively.

South Korea is also a newcomer to this type of game, but the fiery determination of Son Heung min and Ki Sung yueng will be on par with Neymar’s.

From then, the run in into the finals won't also be easy because they could be thrown up against Belgium in the quarterfinals. Though their squad isn't yet battle-tested, they hold promising potential.

Take for example Eden Hazard who sent out a barrage of strikes that dismantled any opposition. Romelu Lukaku and Kevin de Bruyne are also present in the genius arsenal of Roberto Martinez. With that, one can easily see that they’re a force worth reckoning.

Then again, winning that stage could set them up in a clash against France, which is by all means littered with amazing talents. The French squad boasts their strong depth across the field. There’s Antoine Griezmann, Paul Pogba, and Kylian Mbappe.
Olivier Giroud and Ousmane Dembele’s striking skills will also be showcased game after game, so Tite’s men should watch out for those.

And if Brazil does make it to the final stage, then the likely opponents would either be Germany or Spain. It will be a great thing if they face off against Die Mannschaft as they’ve got some revenge to exact.

The goalkeeping department will be led by the veteran Cassio. It’s not anymore his skills and talent that plays a role here as his pace has declined greatly knowing that he's already in the retiring age. Nonetheless, his strategy and experience will be of great help to the young Alisson and Ederson.

Meanwhile, the Brazilian defenders are Danilo, Thiago Silva, and Marquinhos. Their experiences in playing for top-flight football will also be of great help to Tite’s games. Danilo finished victorious in Man City, Thiago Silva won together with Neymar in Paris Saint-Germain, together with Marquinhos.

Real Madrid left-back Marcelo's knack for striking and midfield corners is fresh from the Bernabeu, and will surely aid Filipe Luis’ defense.

Then there is the star-studded midfielder roles of Tite. Real Madrid’s Casemiro, Barcelona’s Paulinho, and Man City’s Fernandhino are all great when it comes to tackling, assists, and creating long shots.

This is just what Tite needs to bolster their offense and make it more fluid. Game dynamics is the name of their game, and these men can pretty well do those things. Willian from Chelsea and China footballer from Beijing Guoan Renato August will also share the ball together with superstar Philippe Coutinho.

They might lack chemistry in their previous games, but they’re expected to go full throttle once they step on the field in Kiev.

Of course, there’s also Neymar, the sport’s most expensive player from Paris Saint-Germain. He might be injured, but his aggressive and fiery determination for victory will surely drive him into greatness this coming World Cup.

Douglas Costa, Gabriel Jesus and Taison will then back up any lopsided lines from the team, that is, if Tite approaches their attacks in a slow approach.

Forecasting which team will dominate the World Cup and will win this year’s title is hard. However, Brazil is certainly on top of that list. Looking at their squad, it’s safe to say that they’ll demolish any competition before the finals, as a final spot is assured for Tite and crew.

They also got the needed skills and talents to cover any gaps that their opponents might creep into. So, with that, it could be expected that they’ll win this time around.

It’s also worth considering that Tite had a 20-game run, and throughout those games, had only suffered a single defeat. Brazil also averages two goals per game, which is very good knowing that they’re now getting used to netting strikes.

The Selecaos was known as a free-scoring team, which means that goals were a normal occurrence for them. However, the past World Cup seemed to dictate otherwise. Good thing that the managerial staff changed and the players now know their lapses. Then again, this is another proof that everything's headed to the right track.

Marquinhos, Alisson, Neymar, and Casimero, will serve as Brazil's spine, and would, therefore, make Brazil's campaign to get gold easier. They need tempo. Well, that's just what these guys do.

There might be doubts lingering on Neymar as he just suffered an injury. However, he did just fine during their friendlies match against Croatia last June 3.

Brazil losing their star man would surely be a catastrophic loss for them, so losing him would not be an option.

The Brazilian team is now more balanced and is better prepared and capable of facing extreme pressure from victory-hungry teams.

At the end of the day, it all boils down as to whether Brazil can defeat France in the semifinals.

It’s their make or break moment, so to speak. And if they do, then they’ll be favorites to win against either Spain or Germany in the finals.