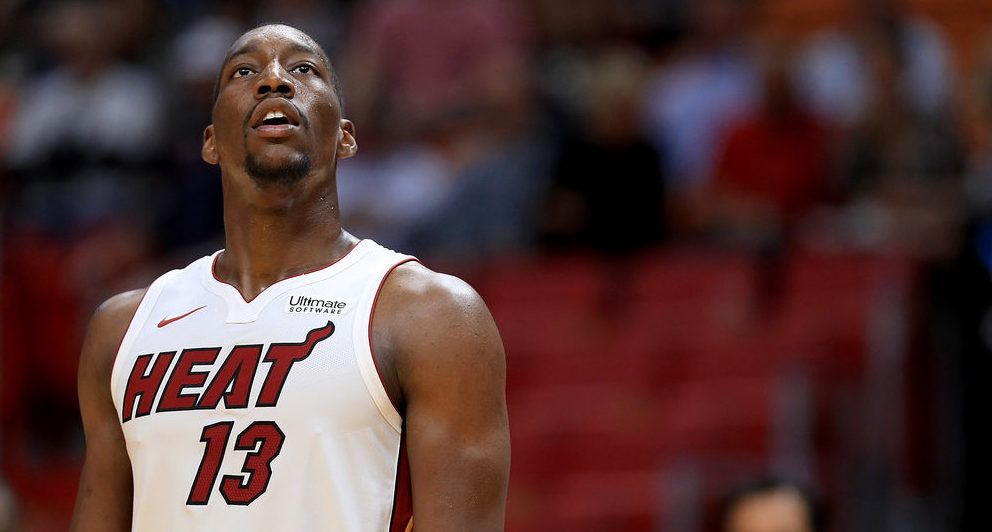 Gone are the days when basketball was much simpler for big men. While having a potent long-range shot is an advantage, centers back then didn’t really have to work on that area of their game. It was simply because their coaches didn’t ask to improve that specific facet. Instead, they set their focus on improving their footwork down the block, and spend countless hours at the weight room to really bulk up. Legendary centers like Shaquille O’neal and Hakeem Olajuwon thrived at the center position, and they didn’t had to have a solid three-point game to become the Hall of Famers that they are right now.

But the center position has become all the more versatile in this decade. The positionless type of basketball has forced big men to incorporate guard skills to their overall package, an important asset that vaulted the likes of Nikola Jokic, Al Horford and Joel Embiid to All-Star status. On a daily basis, we now see seven-footers shoot and dribble with much ease, a sight that could have dropped our jaws before the pace-and-space offense was given emphasis in recent years.

The importance of having a traditional, back-to-the-basket type of center may have decreased nowadays. However, every team still needs the overall impact that a solid big man can offer. Here is a list of the top young centers who could have a break-out year in the upcoming 2019-20 NBA season.

Hassan Whiteside, whom the Heat paid $25 million for his work last season, actually racked up another double-double year. He averaged 12.3 points, 11.3 rebounds and 1.9 blocks on a solid 57% shooting clip from the field. Adebayo didn’t even crack double digits in his scoring average. So why did Heat head coach Erik Spoelstra opted to bench Whiteside in place of Adebayo during fourth quarters, and eventually gave the starter slot to the sophomore center? It’s all about Adebayo’s overall versatility and mobility.

Adebayo had thirteen games in which he eclipsed five assists last season. Whiteside never had a five-assist game, even laying an egg at that area during 38 of the 72 games he played for the Heat last year. Bam also has a decent handle of the ball, reason why we see him pushing the rock after getting the defensive rebound or even starting some of the team’s half-court set plays. Adebayo showed greater court smarts than Whiteside, one of the main reasons why he got a bigger share of the minutes during the latter part of the season.

We’re not even mentioning how versatile Adebayo is on the defensive end. His length and mobility allows him to be effective on switches, and he also possess the size to match-up with the league’s bigger and heftier centers. Even the recently-retired Heat star big man Chris Bosh had plenty of praises for the young Adebayo, as per Anthony Chiang of the Miami Herald.

“Spo let him bring the ball up. I saw that last year. I was like, ‘Man, you got mad when I brought the ball up.’ He has got the whole package. He can dribble. He can shoot. Now is just about he’s rough around the edges. Now it’s just about refining what he has and adding other things. But that’s his decision. He has to do all those things. I just tell him what I see.”

Like Bosh, Adebayo brings a lot to the table. He may not be the sharpshooter that Bosh was, but his shooting form is quite fluid and there are hints of optimism that Adebayo can eventually develop a consistent three-point shot. The 22-year old big man only averaged 5.9 attempts from the field last season, but expect the Heat to set him up with more scoring opportunities this year.

So, what could be Adebayo’s ceiling this season? An All-Star appearance is really a long shot, but his overall efficiency can net him an opportunity to nab the Most Improved Player of the Year award. Furthermore, Chiang noted on his article that Adebayo believes he can pull off a massive all-around stat line this season.

“Adebayo told the Miami Herald earlier this offseason that he believes he can average 16 points, 10 rebounds, and five assists per game this season. Russell Westbrook, Nikola Jokic, and 2019 NBA MVP Giannis Antetokounmpo were the only three players who finished with those averages last season.”

That’s certainly an achievable goal for Adebayo. There is no doubt that he will eat up a lot of minutes this season. The Heat’s other centers in Kelly Olynyk and Meyers Leonard are stretch big men. That leaves Adebayo as the Heat’s only true option to be the defensive anchor of the squad.

People may remember Collins more with the heated altercations he had with Klay Thompson or Rajon Rondo, but the incoming third-year center is primed to have a break-out year. He logged in consistent minutes during the Blazers’ conference finals playoff run, and showed that he could make a positive impact on both ends of the floor. Collins displayed glimpses of his potential especially during the team’s gruelling seven-game series against the Denver Nuggets. He averaged 8.7 points and 2.1 blocks in limited minutes while effectively matching up with a superstar caliber center in Nikola Jokic.

The Blazers organization obviously knows about the great potential of Collins, as they recently picked up his 2020-21 team option. And they are not the only ones recognizing that potential. The Ringer’s D.J. Foster listed Collins as one of the young guns who can replicate Toronto Raptors’ budding star Pascal Siakam’s rise to NBA prominence.

“Collins had shown all the tools to be an effective rim runner and shot blocker as a rookie—good end-to-end speed, soft hands, the ability to track the ball—and, in his  rookie season, he even registered the best defensive field goal percentage allowed at the rim (47 percent) of any player who appeared in at least 40 games.”

Jusuf Nurkic is still recovering from the horrible leg injury he sustained last season, leaving a spot for the starting center role. Recently-acquired veteran big man Pau Gasol is optimistic he can already dress for the season opener, but he isn’t a hundred percent healthy yet. There’s also Hassan Whiteside, who they traded for in exchange of Meyers Leonard. But while Whiteside is a stellar rebounder and one of the best shot-blocking big men we have in the league, he also has gaping weaknesses in his game. Whiteside doesn’t have the ability to effectively defend smaller and quicker players during switches. On offense, he doesn’t have a long-range shot, something that Collins already possess.

So, Collins could be making a very solid case for the starting center spot when the Blazers open their upcoming campaign. A double-double year is on the horizon for Collins, should he improve more on his defensive rebounding and inject some more offensive weapons to his growing skill set.

Robinson racked up ten double-double games in his rookie season, and it’s safe to say that will further increase in his upcoming sophomore year. Even without a potent three-point shot in his arsenal, Robinson is still pegged to be a surefire starter at the center position for the Knicks. His rebounding and shot-blocking assets are too much to ignore, and his offensive game is not too shabby either. Robinson has shown that he has the touch around the rim, while also having the elite athleticism to catch lobs especially during pick-and-roll plays.

However, the 21-year old big man should add more spice to his offensive game if he wants to thrive in this positionless age of basketball. Robinson did not take any three-point attempts last season, but he surprised everyone when he told Marc Berman of the New York Post that he is already planning to start shooting from beyond the arc in his second year in the league.

“I got that in my bag, but I didn’t want to bring it out all the way. But I got the foul. It’s just something I’ve been working on. Next year, I’m shooting 3s. I can shoot them. I shot them in high school. They ain’t that much farther. I’m going to continue to work on it.”

If Robinson can at least hit more than 33% of his three-point shots next season, he will be a perfect complimentary piece for his frontcourt partner and the Knicks newest star, Julius Randle. Randle also has an outside game, but he is more comfortable driving and attacking the rim. Should Robinson’s claim prove to be true, then he can space out the floor a bit, attract the defending big man to him, and give more space for Randle to operate inside.

A double-double season in points and rebounds could already be written in stone for Robinson, while there’s also great optimism that he can crack three rejections per contest.