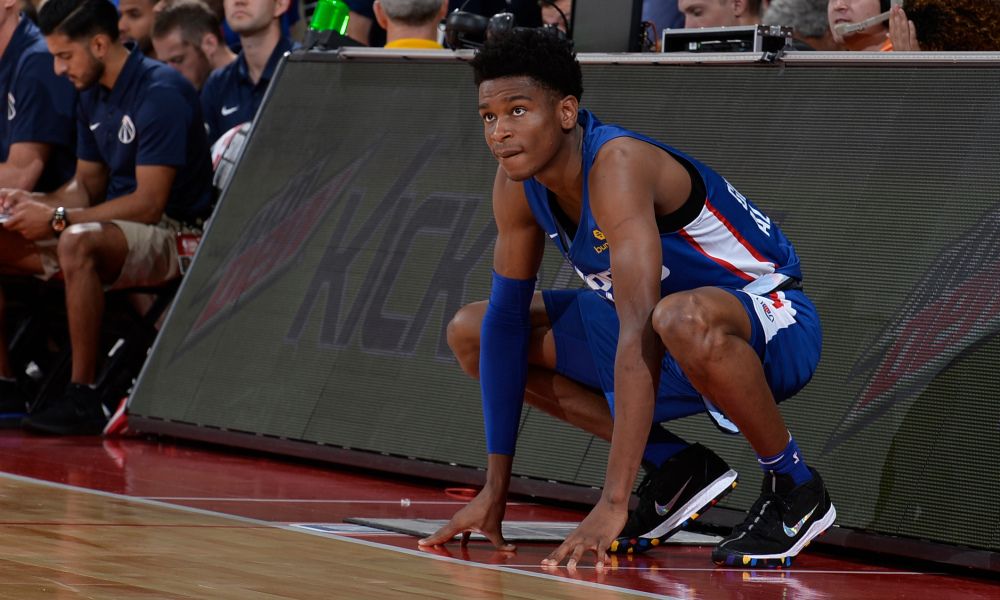 We are indeed witnessing the golden age of point guards in the NBA. They have become more athletic, more dynamic and more versatile. Passing and setting up plays aren’t the only ones listed in the job descriptions of point guards nowadays. Just look at how Russell Westbrook makes triple-double stat lines look easy every night. On top of that, the wave of multi-positional roles have given bigger players like Denver Nuggets big man Nikola Jokic and Golden State Warriors defensive anchor Draymond Green to assume more playmaking duties.

Yet, the list of stars in the point guard position is still growing. We saw D’Angelo Russell and Ben Simmons break out and make their first All-Star appearances last season. With that said, the upcoming 2019-20 NBA season will still see a whole lot more of the pace-and-space offense, a grand stage for point guards to strive. Here is a list of the potential playmakers who could break out of their shells this year.

With how the Thunder is going back-and-forth with integrating recently acquired veteran star Chris Paul to their system, it just goes on to say that the organization will be looking to put in Gilgeous-Alexander as the face of their franchise. The 21-year old lanky guard is as versatile as you want a point guard to be. His 6-foot-6 frame gives him a lot of upside on the defensive end, while his offensive game is quickly improving. He was able to eclipse the 20-point mark in eight contests in his rookie year, including two games during the Los Angeles Clippers’ six-game series against the Warriors in the first round of the 2019 postseason. The Clippers don’t have a lot of set plays for him to score, but he still found ways to be effective at that end.

Shai also impressed with his three-point shooting, hitting a solid 37% clip last season. Most rookies struggle with their perimeter shooting from the get-go, but not him. However, the most impressive area of his play lies in his overall stability. He doesn’t take a bunch of bad shots, and he takes care of the ball most of the time. Gilgeous-Alexander has shown that he can effectively lead a team, something that he emphasized in an interview with Erik Horne of The Oklahoman.

“Strong points are leadership, playmaking, penetrating ability. Weak points: I feel    like I need to get stronger. I feel like I’ve done so. Then just shooting the ball from deep off the dribble as well as catch and shoot… I just work hard, keep my head down  and be true to who I am.”

Well, the Thunder front office certainly thinks highly of the young gun. Gilgeous-Alexander was no doubt the centrepiece of the package they received from the Clippers in exchange for superstar forward Paul George. Even if the Thunder decides to play CP3 or not, we can already assume that Oklahoma City head coach Billy Donovan will be inserting Shai to the starting line-up. While they still have a bevy of excellent players like Steven Adams, Dennis Scroder and Danilo Gallinari, the development of SGA should be a priority for the Thunder. As for him, Gilgeous-Alexander emphasizes that his focus is on his improvement, not on whether he will be starting for the team or not.

"I’m just a basketball player. Regardless of the situation, I’m going to continue to work hard and play my game. I know that eventually it will come out. I don’t worry about starting. I’m not worried about accolades or things like that. I just work hard, keep my head down and (stay) true to who I am."

With more freedom and more playing time, Gilgeous-Alexander has the keys to the Thunder offense. An All-Star appearance could be a long shot considering how many great point guards are in the Western Conference. But don’t be surprised to see Gilgeous-Alexander average close to 20 points per game, and add more to his rebound and assist totals.

As they often would say, it’s about damn time. Rozier now has his own team, no matter how bad that team would be in this upcoming season. The Hornets are expected to be a cellar-dwelling team even in the Eastern Conference, but that also means that the platform is set for Rozier to finally start building up on his outstanding performance during the 2018 playoffs.

Many of us actually thought that Rozier will break out last season, but it turned out to be more of a setback year for the young combo guard. To be fair for Rozier, almost everyone in that Boston Celtics roster went through a setback year. Terry only averaged 22.7 minutes per game last season, mainly serving as back-up for Kyrie Irving. In an interview with Sam Perley of Hornets.com, Rozier emphasizes how excited he is to have more freedom on offense.

“I’m looking forward to it. I’m excited. Not a day goes by that I don’t think about how important of a position I’m in. I’m blessed. I’m ready to turn heads.

I don’t have to worry about looking over my shoulder. I can be me. I can play my ball. I can play Hornets ball. I can play myself. That’s the most important thing that I want to do. I can play ball, I can score, I can defend, I can do whatever the coach needs me to. I think people are going to fall in love with how hard I play on both ends.”

He may be coming off a forgettable year with the Celtics, but we cannot forget how Rozier became an all-around presence during Boston’s surprisingly deep 2018 postseason run without Irving and Gordon Hayward. He dropped a stellar stat line of 16.5 points, 5.3 rebounds and 5.7 assists during that stretch, and hit a lot of crucial baskets for Boston. His 1.3 steals per contest also says a lot about the effort he puts in on the defensive end. Furthermore, Rozier never displayed any grudging attitude against how the Celtics coaching staff managed his shortened playing time last season. Rozier’s overall skill set and great character will be instrumental in the Hornets’ first year of rebuilding their team.

Fox already turned heads last season, but expect him to be more aggressive in creating his own scoring opportunities this year. With a number of deadly scorers on the team such as Buddy Hield, Harrison Barnes and Bogdan Bogdanovic, there’s a sense that Fox was still more selective of his shots last season. But coming off a brilliant year of hitting 37% of his three-point shots and 50% of his total field goals, Fox will be demanding the ball more this time around.

Along with his much-improved perimeter shooting, Fox also showed that he can be a next-level playmaker in this point guard-dominated league. He increased his assists average from 4.4 during his rookie season to 7.3 dishes per contest. Most importantly, his turnovers only slightly increased, from 2.4 to 2.8 miscues each night. That state tells us that he is slowly gaining more stability in his playmaking, so don’t be surprised if Fox pulls off a 20-point, 10-assist average this season.

Fox is also gaining a lot of attention from his colleagues, as evident in his selection to the Team USA player pool for the recently-concluded FIBA World Cup. There were a lot of rumblings that Fox was one of the best players during the national team’s training camp, but Fox never participated in the tournament as he withdrew from the squad during the latter part of the camp.

As for his growing role with the Kings, we could see him assuming the main man role this season. He also showed a lot of upside on the defensive end, and a defense-oriented coach like Luke Walton will further tap into that potential. Fox also knows that the Kings are now primed for more team success, per an interview with Jason Jones of The Athletic.

“I think it’s a little bit different because last year there weren’t many expectations, so we were winning games and it was surprising people. Now with the way our roster is  filled out, we kind of got the things that we needed, and if we come out guns blazing the way we did last year, I don’t think it will be as surprising. Of course, the West got stronger, but we have expectations.”

While I still have some doubts as to whether Fox can eclipse a double-digit average in the assists category, I could certainly see the speedy point guard put up a 20-point average, along with more than 5 rebounds and 2 steals per contest.