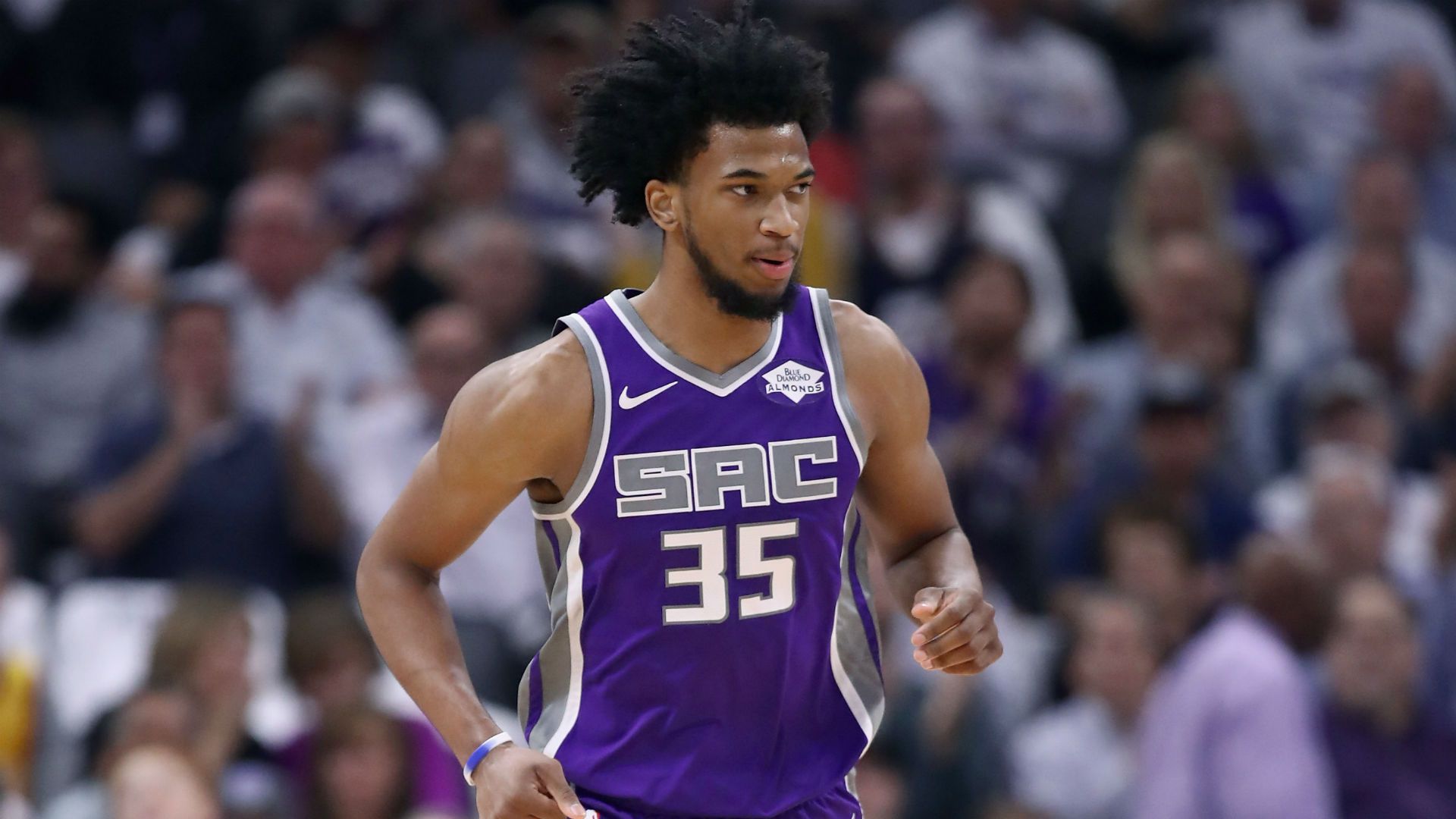 Along with the rise of elite point guards especially in this decade, the power forwards are also due for a banner year. In the past, most power forwards are only viewed as complementary pieces for dominant centers. Of course, there are exceptions like Utah Jazz great Karl Malone or the ever polarizing Charles Barkley. Kevin Garnett, Tim Duncan, Dirk Nowitzki and Pau Gasol, four notable stars who played the four position for more than half of their career, were forced to fill in the center position as the small-ball type of system emerged on both offense and defense.

However, contending teams have been asking a lot from their power forwards nowadays. Golden State Warriors star Draymond Green has played the modern prototype of a combo big man – a mobile, multi-dimensional player who can effectively switch on defense and be a Swiss Knife on offense. Green does all of those. He can pass, set good screens, guard multiple positions, and even hit the occasional three-pointer.

Last season, we saw a power forward win the Most Improved Player of the Year plum. Toronto Raptors budding star Pascal Siakam may not be the defensive anchor that Green is, but he can still defend everyone on the opposing team. Siakam broke out last season as he displayed his shot creating arsenal, while impressing with his ball-handling skills.

So, who will be the Pascal Siakam among the budding power forward stars this upcoming season? Let’s list them down.

When Bagley entered the NBA last season, there were no doubts that he would eventually emerge as an elite scorer. A 6-foot-11 lefty big man who can put the ball on the floor as much as he can back down his man on the post, Bagley already possessed a deadly skill set on offense. And he did exceed those expectations from him on the offensive end. He only failed to score in double digits in 11 of the 62 games he played as a rookie. One may say that it does not mean much, but Bagley was not even the third or the fourth option for the Kings last year. The team had an outstanding bevy of perimeter scorers – Harrison Barnes (14.3 ppg), Buddy Hield (20.7 ppg), De’Aaron Fox (17.3 ppg) and Bogdan Bogdanovic (14.1 ppg). Of those players, Bagley only trailed Barnes in least shot attempts per game. That tells us a lot about how efficient Bagley was on offense last season.

In an interview with NBC Sports California, Bagley says that he will show a more versatile game this season, especially with his perimeter shooting.

“I’ve been shooting a lot of shots this past summer. You can expect to see a lot more threes, jumpers, but still being able to play my game, which is being aggressive, attacking and trying to draw fouls and getting to the line. It’s going to be an all- around game coming into the season and I can’t wait.”

While Bagley only started four games during his rookie year, it’s highly-expected that new Kings head coach Luke Walton will give the regular starter spot to Bagley soon. It’s also expected that the former Duke standout will be making quite a leap in his improvement. He had a very busy and productive offseason, training with the Gregg Popovich-led Team USA. Although he withdrew from consideration days before the World Cup began, the learnings he received from Coach Pop and the rest of the national team stalwarts should provide Bagley a great boost in his overall performance.

Speaking of his development, one face of his game that Bagley really needs to focus on is his defense. That was one area of concern that clouded him as a rookie, although he already showed glimpses of his defensive prowess. During one of his best all-around performances, Bagley swatted 5 shots in a regular season game against Nikola Jokic and the Denver Nuggets. The rookie forward also put up 20 points, 9 rebounds and 3 assists that night. Overall, he registered multiple blocks in 15 games last season.

There is no questioning about the athleticism and length that Bagley can provide for the Kings’ defense, but the important step for him to take is to be a capable defensive anchor. Walton can opt to field their own version of the death line-up with Fox, Hield, Bogdanovic, Barnes and Bagley. But can Bagley hold his own and lead that squad in the defensive end? After giving up a ton of points to the Indiana Pacers during their preseason games, Walton addressed the need for the Kings to focus on optimizing their defensive schemes, per James Ham of NBC Sports.

“It didn’t look very good, did it. That’s why we’re addressing it. It’s something that we as a group have to get much better at. There’s no reason to panic. It’s two and a half days of prep work before we flew out there and Indiana is a very good team.

It’s just about continuing to put in work and getting reps at our coverages and then the want to from out guys. Our guys want to become a good defensive team, so it will happen. It just takes time.”

If Bagley wants his team to succeed and also find himself in a starting role, he should be more adept and more aware on defense. He already has the foot speed and the length to keep up with smaller players especially during switches. The next thing for him to do is to study more film so that he could be smarter and he can quickly anticipate the opposing team’s tendencies. Should Bagley put in the hours of work for that, we could see him racking up a stellar stat line of at least 20 points, 10 rebounds, 3 assists and 1.5 blocks per contest.

It’s no coincidence that the Grizzlies decided to rebuild in Jackson’s first year with the team. After all, why would they blow up their veteran team if they don’t have a young, projected superstar asset? Jackson’s averages last season didn’t really wow, but his skill set and style of game perfectly fit today’s pace-and-space basketball.

Jackson only had two double-double games last season – a 10-point, 11-rebound outing against the Utah Jazz, and a 26-point, 10-rebound performance against the Detroit Pistons. Defensive rebounding is an area of slight concern for the young big man, although his offensive rebounding is already an excellent facet of his game. Of course, those boards count will increase with a bigger playing time this season. Add to that the fact that he will be logging in more minutes at the center position, Jackson’s rebound averages should easily crack double digits.

Furthermore, Jackson is already a good rim protector. He logged in multiple blocks in 20 of the 58 games he played as a rookie. That doesn’t really come as a surprise considering his elite athleticism. And like Bagley, Jackson already has an excellent outside-inside game. He is a better three-point shooter than Bagley, and has the potential to be a consistent threat from deep. While his post play needs more polishing, he also has the upper body strength to finish while absorbing contact.

Jae Crowder, the Grizzlies’ newly-acquired veteran known for his toughness and grit, expects Jackson to be a monster of a player this season, per Omari Sankofa II of The Athletic.

The Grizzlies may be in a rebuilding mode, but expect Jackson to lead them to a few surprising wins against contending teams this season. He has a proven frontcourt partner in Jonas Valanciunas, capable playmakers in Ja Morant and Tyus Jones, and tough veteran swingmen in Crowder, Solomon Hill and Kyle Anderson. But there’s no denying that the Grizzlies organization are zeroing in on Jackson’s growth. Jackson only played 26.1 minutes last year, but it is highly-expected that he will log in at least 33 minutes per game this season. With that bump in his playing time, Jackson should crack the 20-point average, and at least 10 rebounds and 2 blocks per contest.

Of the three players in this list, Markkanen is the one coming off the most productive season. After missing out the Bulls’ first 23 games due to an injury, Markkanen announced his return with a more consistent and more versatile play on both ends of the floor. The sharpshooting big man eclipsed the 30-point mark seven times. He also put up 17 double-double performances, including a career-high of 19 rebounds against the Brooklyn Nets. Markkanen put up massive individual performances last season, yet the Bulls need him to do it on a daily basis.

There are expectations that the Bulls young star forward is bound to be an All-Star this upcoming season. Markkanen is aware of those high expectations, but points out that he is not feeling any pressure, per NBC Sports Chicago’s K.C. Johnson.

“I don’t take any pressure from that. Obviously, that gives you even more motivation to work on your game to get ready for the season. And I know that as long as I put the work in, I’ll be fine. It feels good to hear that. It gets me to do a couple extra reps of everything.”

However, Markkanen doesn’t come without a weakness. He only averaged a measly 0.6 count on blocks as a sophomore. Now that Markkanen is in his third year in the league, Bulls head coach Jim Boylen points out his forward’s defense as an area he has to really improve, per Joe Cowley of the Chicago Sun-Times.

“But he’s got to improve defensively. The four position in our league is basically a  wing now, and you’ve got to be able to guard. I challenge him with it every day. Every  day he walks out of that training room I challenge him, ‘Who you going to guard today?’ And I’m confident he will. I know he’ll work at it.”

With more veteran leadership present in the team, Markkanen should be able to improve his overall game. He will certainly learn a lot from recently-acquired veteran Thaddeus Young, a forward who has been one of the most versatile glue guys of this decade. Most importantly, there are outside talks of the Bulls finally returning to the playoffs. Markkanen and Zach LaVine are still the main men, but the Bulls have more depth this season. They brought in Tomas Satoransky to steady the ship with his playmaking, while we could see the emergence of second-year center Wendell Carter Jr and rookie point guard Coby White.