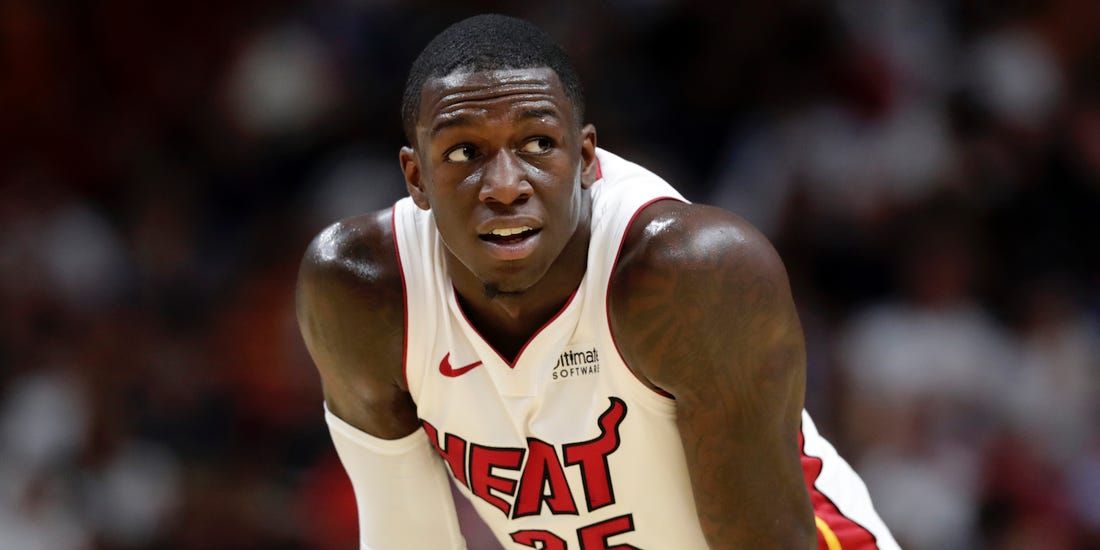 During the 2019 NBA Summer League, the world took notice of the Heat’s first-round draft pick, Tyler Herro. His pure shooting stroke combined with an above-average ball-handling skills, Herro immediately made his case to become one of the top five rookies this year. But lost in the hype waves of the more prominently known rookies was the spectacular performance of a lefty combo guard named Kendrick Nunn. Undrafted in 2018, Nunn already had a Summer League stint with the Golden State Warriors. But that didn’t translate to a regular season call-up, prompting Nunn to try out his luck again this year and we all know what came next.

Nunn’s consistent scoring translated to the preseason, highlighted by a massive 40-point outing against James Harden and the Houston Rockets. Still, Nunn never had the attention that the likes of Zion Williamson, RJ Barrett and Ja Morant gained upon entering the league. But now that he is still displaying his excellent scoring and defensive skills through the first five games of the season, it’s safe to say that Nunn’s story is now known by many.

Nunn’s hard work and diligence in studying the game have combined with the Heat’s need of another scoring combo guard. Justise Winslow never had a scoring-first mentality, while the suspension and on-going absence of Dion Waiters have paved the way for Nunn to be inserted to the Heat’s starting line-up. There’s no doubt that the lefty spitfire guard has been rewarding head coach Erik Spoelstra’s decision to start him. As per the ESPN Stats and Information, Nunn became the first player to rack up 100 points in the first five games of his career since Kevin Durant did it during the 2007-08 season. It’s a brilliant feat, and the fact that he was undrafted makes it more amazing to behold.

But as much as we’re surprised by the 24-year old’s performance, players and coaches within the Heat organization knew all along that Nunn has always been magnificent like this. The Heat’s newly-acquired center Meyers Leonard, an Illinois product like Nunn, says that he has always known Kendrick to be a great scorer, per Ira Winderman of the South Florida Sun Sentinel.

"We've been around each other in the past. I was always well aware that he could really score the ball and that he's a talented player.

So watching him early in September, I walked over to him one day, 'cause he, for whatever reason, wasn’t being aggressive. And I said, ‘Kendrick, look, you can score the ball. So when you’re on that floor, find your way to be aggressive.’ And sure enough, he’s done that.”

Following Zion’s injury, Nunn has the opportunity to blaze the trail and steal the Rookie of the Year award. His all-around game still needs polishing, but he is already a great long-range shooter and an active worker on the defensive end. Consistency and playmaking are the question marks, although his increasingly-fast progress rate should help him improve more on those areas.

Despite the Grizzlies’ 1-4 record to start the season, Morant has been great as advertised. Memphis’ lone win came during a 30-point, 9-assist night from Morant, who also got his first major career highlight when he blocked Brooklyn Nets superstar Kyrie Irving’s attempt to win the game. So far, Morant has racked up double-digit points in each of his first five NBA games, solidifying the fact that he can put up buckets despite his lanky physique.

Grizzlies new head coach Taylor Jenkins had heaps of praises for his prized rookie, singling out his high basketball IQ and work ethic, per Duane Rankin of the Arizona Republic.

“Great competitor. He’s learning a lot right now, but he’s got such a high basketball IQ that his learning curve is not as steep as probably a lot of rookies, especially at point guard. A lot is being thrown at him. The load offensively, what he needs to create for us. Defensively, some of the toughest matchups every single night being an NBA point guard and he’s fully embracing it.”

The Grizz may be losing right now, but the future is certainly bright for them. This is their first season without long-tenured veteran stars Mike Conley and Marc Gasol. They are putting behind their Grit N’ Grind era, and are now plotting their future around Morant and sophomore combo big man Jaren Jackson Jr. They still have the pieces to surprise a lot of teams this season, but the development of Morant should be a priority for the Grizzlies organization.

The Hornets weren’t supposed to make much noise this season, but the recent play of PJ Washington has raised some eyebrows. An undersized power forward who has the mobility and skills to establish an excellent inside-outside game, Washington definitely showed out in his first six games as a rookie. Many people didn’t pay attention to his stellar 27-point debut in a win against the Chicago Bulls. But after displaying more consistency in his shots and an adept rebounding effort, the Hornets could have hit quite the gem in Washington.

Veteran forward Marvin Williams saw his starting spot taken away by the arrival of Washington. But Williams only had positive things to say for their rookie, per Rick Bonnell of The Charlotte Observer.

“There are a lot of things you need to teach rookies. With him, you have to teach him half that” because he’s already figured it out.

Washington’s fine play has also helped the Hornets to suddenly amass a 3-3 win-loss card, beating the Bulls, the Warriors and the Sacramento Kings in the process. Washington’s trump card is his offense as he can already score efficiently at the post while also possessing the ability to shoot the lights out from beyond the arc. If he can work on more on his defensive IQ and rim-protection, the 6-foot-7 rookie should stay at the top half of this list.

Much has been said about Herro’s nice-looking shooting form, but his consistency has been his most incredible stat. Save for an eight-point night in the Heat’s lone loss at the hands of the Minnesota Timberwolves, Herro has produced double-digit points in each of his first five games. He also bounced back from the Minnesota loss with a 29-point showing against the Atlanta Hawks, further catapulting his case in the ROTY race.

Most people thought that Herro would become the starter when the news of Waiters’ suspension surfaced. Instead, Spoelstra chose Nunn, another Heat rookie, to start alongside Winslow in the backcourt. Despite that fact, Herro doesn’t have complaints even though this is the first time in his basketball career that he is coming off the bench.

“This is my first time, but I’m willing to do whatever coach wants me to do. Whether it’s start or come off the bench — whatever is best for the team.

It’s not just his scoring that Herro has been making highlights for. The Kentucky Wildcats product is also proving that he can throw accurate passes, as well as rebound the ball well. His points for improvement should be on the defensive end. However, he is learning from teammates who are also defensive stalwarts like Winslow and Jimmy Butler so we got no worries on that facet of Herro’s game.

We knew Hachimura has the potential to be a deadly offensive threat, but we didn’t anticipate that he would already display a fluid skill set. A combo forward who packs the combination of elite athleticism and smooth shooting touch from the mid-range and from the post, Hachimura has become a scoring option for the Wizards. He racked up double-digit points in his first four games, highlighted by a 23-point performance against the Houston Rockets. Hachimura was very efficient with his shooting during that Rockets game as he made all three of his three-point attempts.

However, that was the only game that Hachimura successfully hit a triple. He is a combined 0-10 beyond the arc in the Wizards’ other four games. Head coach Scott Brooks points out that Hachimura really needs to take more threes to boost his confidence, per Chase Hughes of NBC Sports Washington.

"It's different. Coach [Mark] Few [of Gonzaga] knew that you couldn't stop him down low, college defenders. They had smaller players on the floor.

But with us, he's going to have to step out and make some of those threes and take them. He's been working on them all summer, so that's another good sign of what he's improved on from the time we drafted him in June."

But the great thing about Rui is that he is already advanced beyond his years. The 6-foot-8 mobile combo forward has been tasked by his team to defend the opponents’ best player, and he has stepped up to the plate.