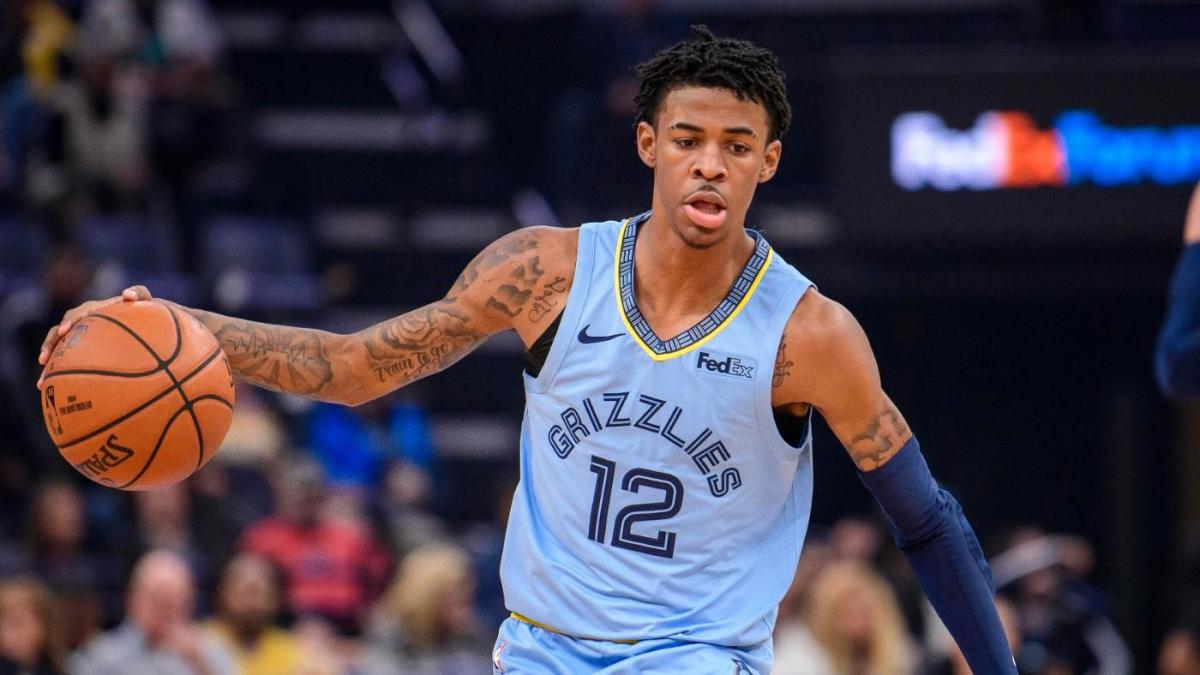 After going on a three-game winning streak that was punctuated by a morale-boosting one-point win over the Utah Jazz, the Grizzlies have stumbled back to the ground and are on the heels of a four-game losing skid. However, Morant is still playing as consistent as we want him to be. He is showing us that playmaking is his trump card, racking up at least six assists in the past five games.

But it is not just in the assists department that he is doing his damage. He is scoring at will, only having a sub-par 13-point night in a double-digit loss against the Denver Nuggets where he only logged in 21 minutes of playing time. Moreover, Morant isn’t showing any rookie nerves as well. In a heavyweight match-up against LeBron James and the league-leading Los Angeles Lakers, Morant shot the ball very efficiently and compiled an all-around stat line of 26 points, 3 rebounds, 6 assists and 5 steals. He led the charge for the Grizzlies, and just came up short, losing by a precarious one point against arguably the best team in the NBA right now.

There was also one point in that Lakers game that really got Grizzlies fans on their feet. Morant actively played the passing lane, stole a pass from James, sprinted down the lane, shook Kyle Kuzma with a fake pass and then finger-rolled a lay-up to cap off the highlight. Also, Mike DePrisco of NBC Sports Washington took note of Morant’s Lakers game stat line as a rare feat among rookies.

“On Saturday night against the Lakers, Morant accomplished a feat that no rookie has since Wall did in November of his rookie season.

He scored 26 points on 62 percent shooting, tallied six assists and swiped five steals. According to Justin Kubatko, Morant became the first rookie since Wall to record at least 25 points, five assists and five steals in a game.”

But the 20-year old rookie prodigy knows that his individual success doesn’t mean nothing if Memphis keeps on losing. He will be tested by the defensive brilliance of Patrick Beverley and Kawhi Leonard when they face the Clippers on Wednesday. Should Morant still tally eye-popping numbers in that game, then there should be no reason to doubt him by now.

We are constantly waiting for the Nunn’s early season brilliance to finally flame out. After his first five games, there was a span where he compiled mediocre performances like his five-point outing against the Houston Rockets. But Nunn has since re-established his elite rookie status and it’s no coincidence that Heat head coach Erik Spoelstra is sticking him in the starting line-up.

Nunn’s three-point shooting has proven to be a consistent tool for him. He is averaging a stellar 41% clip from beyond the arc, along with an overall 49% from the field. That’s not an easy feat to accomplish for a rookie just getting used to the NBA’s extended three-point line. On the defensive end, Nunn has already embodied the Heat culture. He is not backing down from taking defensive assignments against All-Star point guards, and he has tallied a steal in 13 of the Heat’s 16 games this season.

The confidence is brimming for this undrafted rookie. He even went on to say that he is destined to be an All-Star guard in this league, as per an interview with Alex Kennedy of HoopsHype.

“I’m an All-Star player. I’m a Hall of Famer. That’s my goal and I know that’s what I’m going to reach.”

Nunn and the 12-4 Heat will face the Rockets’ superstar backcourt duo of Russell Westbrook and James Harden on Wednesday, followed by a home against the depleted Golden State Warriors on Friday.

Just like Nunn, we have been waiting for a long time to know if Paschall’s spectacular 34-point outing in a win against the Portland Trail Blazers was just a fluke. Paschall is scoring from almost everywhere on the court. He has a deadly long-range weapon in his offensive arsenal, and he can take the hits on the inside and finish around the rim. He had another 30-point performance during a loss against the Pelicans. Paschall shot efficiently from the floor and made eight of his ten free throws, marking the first time that he had double-digit trips to the charity stripe.

It’s also mind-boggling how a polished rookie like Paschall dropped to the 41stselection in the draft. Warriors All-Star defensive ace Draymond Green pointed out that many teams passed up on his rookie teammate because of his age. Paschall entered the draft as a senior, and is already 23 years old. But Warriors head coach Steve Kerr doesn’t see that as a negative, as per Connor Letourneau of the San Francisco Chronicle.

“Eric’s very mature. He’s an older rookie. He’s been through more than most rookies have been through. He’s learned quite a bit, both through his upbringing and his coaching in college.

He’s been through a lot, so he sees a lot. He has a good way of looking at the league  with perspective. He doesn’t seem like a rookie to me.”

Paschall and the bottom-dwelling Warriors squad will face the Chicago Bulls on Wednesday, followed by a road game against Nunn and the Miami Heat on Friday.

The hype around Herro has faded out a bit as the season trudges along, but he is still putting up the numbers night in and night out. He is the Heat’s fourth-best scorer behind Jimmy Butler, Nunn and Goran Dragic. The Kentucky Wildcat is shooting his three-point bombs at a high clip of 38%, while also showing that he has the ability to involve his teammates on offense with his playmaking.

Most importantly, Herro is showing some signs that he can be a good defender in the NBA. Defense was a predicted weak link for him entering the draft and his rookie season, but the young shooting guard is exerting a lot of effort on that end of the floor. Herro says that the presence of a great leader like Butler on the team has pushed him to work hard, per UPI’s Alex Butler.

"I think it starts at the top with Jimmy. He looks down to all of us and pushes us every single day. He can look across the court and see that everyone is going to come in with the same attitude he has and continue to work hard."

Herro also said that he patterns his game to the skill set of Phoenix Suns high-scoring guard Devin Booker. The shooting marksmanship is already there for the rookie, but he also has to improve his playmaking and overall offensive skill set to catch up to Booker’s All-Star caliber game.

We could have easily slot in Chicago Bulls rookie combo guard Coby White here after his 28-point outburst in their comeback win against the Hornets. But Clarke has been the more consistent player between the two impressive rookies. The only time that Clarke didn’t crack double-digit points in the last five games was during that loss at the hands of the Lakers, although he atoned for the quiet offensive showing by pulling down 11 rebounds.

If you look at Clarke’s stat sheets, you would immediately see how efficient he is on offense. Against the Nuggets, he was perfect from the field as he made all of his eight shots, including two three-pointers. During their recent loss against the Pacers, Clarke tallied 17 points and only missed one of his nine attempts from the floor. His defense has slightly regressed, but his offense and rebounding have been the consistent good facets of his game so far.

Clarke has always been known as a very athletic forward, but we never expected that his scoring skill set will translate this smoothly to the pro ranks. It remains to be seen if Grizzlies head coach Taylor Jenkins gives Clarke more playing time than what he is having right now (22.3 mpg). But there’s no question that the 23-year old rookie is deserving of bigger minutes and will certainly thrive in it.