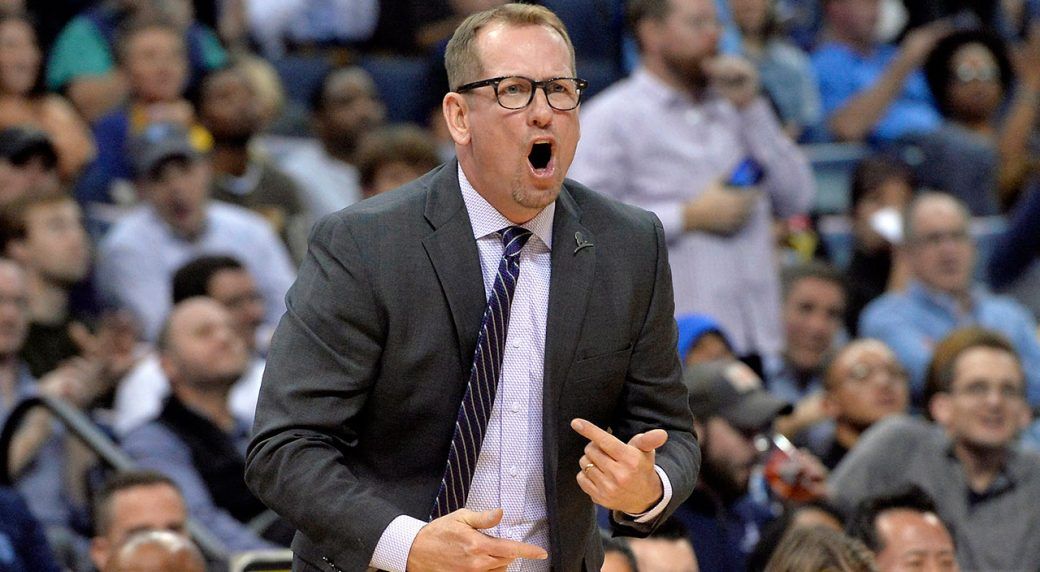 Even if we knew deep down in our hearts that there will come a time when the playoffs will not feature Gregg Popovich and his San Antonio Spurs, we didn’t think that they will shrink back this season. They have two proven stars, and their bevy of talented young guards in the mix. But the end of the road has come for the Spurs, who have been to the playoffs in the last 22 years, and it might also be the end of their long-tenured brilliant head coach’s stint with the team.

Of course, that is not to say that Popovich has become a bad coach. He has been one of the best, if not the best, in making the most of the talent he has in the line-up. Coach Pop has become the standard of the value we place on other coaches, and it will be that way for the years to come.

With that said, let’s take a look at the best coaches in the league this season, including our prediction for the coveted Coach of the Year award.

Coach of the Year

Now in his second year as the defending champs’ top tactician, Nurse has gotten even better at his job. It’s true that Kawhi Leonard made Nurse look better during their successful championship run last season, but we could flip it the other way around and many of us will still agree. The fact that the Raptors are still winning despite the departure of Leonard and starting shooting guard Danny Green is enough evidence for how brilliant Nurse has been.

Nobody ever imagined that a Kawhi-less Raptors squad would still sit on the 2ndspot in the Eastern Conferences. There are more formidable powerhouse teams on paper like the Philadelphia 76ers, and the Boston Celtics. On top of that, key cogs Marc Gasol and Norman Powell both have missed a huge chunk of the season due to injuries. Then there’s also the team’s relatively new second unit. With Powell, Fred VanVleet, and OG Anunoby assuming full-time starting roles, Nurse has developed young, under-the-radar names into quality role players off the bench.

Moreover, it is the different sets of calculated risks that have put more star on Nurse’s name. Eric Koleen of The Athletic detailed out how Nurse has never backed down from taking risks, especially when his team is at a big disadvantage.

“Nick Nurse is a flashy coach. And I’m not just talking about the blazer he wore in November 2018 when the league was celebrating the life of longtime broadcaster Craig Sager.

Perhaps the most obvious example of this was Nurse’s use of the box-and-one defence in the 2019 Finals, a scheme used more often in high school basketball than in the NBA or even college. That it was so rudimentary — cover the star with one defender, and limit the driving space for that star by having the other four defenders play zone — is what made it so audacious. To pull that out on the sport’s biggest stage took guts. That the strategy led a near-comeback in Game 2, was a staple of the Raptors’    Game 3 win in Oakland (when Klay Thompson did not play) and was a tool he used for the rest of the series, laid a narrative foundation: Nurse was creative, fearless and, almost counter-intuitively, old-school. He would use any strategy to win, no matter how “janky” that strategy was.”

Usually, this coach of the year award is handed out to the coach of the league-best team in terms of win-loss card. Mike Budenholzer has done a tremendous job of maintaining the excellent status quo in Milwaukee, and Frank Vogel has given his two superstars the platform to co-exist with each other and steer the Los Angeles Lakers to the top of the Western Conference.

But Nurse’s creativity, resourcefulness and off and on-court leadership have paved the way for the Raptors to have a solid opportunity to defend their championship ring. Even with the fact that their two best perimeter defenders last season (Leonard/Green)It is a indeed a close race, but Nurse should be the 2019-20 NBA Coach of the Year.

Even with the arrival of an alpha male star in Jimmy Butler, many experts still counted out the Heat before the regular season started. It is perfectly understandable because the Heat didn’t have another star, or even close to it back then. The 33-year old Goran Dragic’s production is slowly declining, and it appeared that the Heat just didn’t have enough firepower to keep up with the beasts of the East.

Moreover, Butler may be a star but he is not an elite shot maker and he isn’t at the tier where the likes of Kawhi, LeBron James, Steph Curry and Kevin Durant reside. But it is under Spoelstra and the Heat’s tough, unselfish culture that we would realize how much of an all-around player Butler is. He has proven to be a very desirable teammate, and Spoelstra has put him in the position where Butler can maximize his individual talents while also getting the most out of his teammates.

Another good news for Heat fans is that their beloved head coach is set to spend the next several years in South Beach. During an appearance on SiriusXM NBA Radio, Coach Spo emphasized that he is here in Miami to carry on the winning culture that Pat Riley has built within the organization. (h/t NBC Sports’ Dan Feldman)

“I love working for this franchise. I feel a great sense of purpose for that, to be able to carry on, be a caretaker of this culture that I did not create. This was Micky and Pat created this culture. And some people might think they need to venture out on their own to create their own image or whatever. I do not have any of those kind of feelings. I feel a sense of purpose by carrying this culture on and this legacy to future teams.  And it’s what I enjoy. It’s what fills my cup up. So, I just want to keep this going as long as I can. I just love being a part of this association. I love being part of this team. I grew up in an NBA family, and it doesn’t feel like a job. I’m motivated every day to show up and try to add value to the organization, add value to all the guys in the locker room.”

The Heat’s run to the 4th seed in the East won’t be possible without the handiwork of the Heat’s long-time head coach. Spoelstra developed Bam Adebayo into an All-Star, encouraged Dragic to take a lead role for the second unit, and transformed two undrafted players (Kendrick Nunn/Duncan Robinson) into excellent starters – all in one season. Those feats have defined the Heat’s season, and should merit Spoelstra a rightful place in this list.

Giannis is on his way to a second consecutive MVP plum, and the Bucks may finally break through the East and make it to the Finals. Budenholzer continues to figure out smart offensive sets to make full use of Giannis’ multi-dimensional talents. The Bucks have also been brilliant in preparing their defensive schemes against the best offensive teams out there. It is not common for teams to be ranked among the best in both offense and defense, but the Bucks have already been doing it for the past couple of seasons.

If the NBA holds the playoffs once it resumes the season after maybe a couple of months, the Bucks will have the much-coveted home court advantage throughout the postseason. They will go up against either the Brooklyn Nets or the Orlando Magic in the first round and Budenholzer is already spending lots of time studying both teams, as per the Associated Press’ Kyle Hightower.

“The ideas are many, from a shortened version of the remaining schedule played without fans to the very real possibility of jumping straight to the playoffs to ensure a season is completed before the end of summer.

Milwaukee coach Mike Budenholzer said he has spent part of this hiatus studying the Orlando Magic and Brooklyn Nets — the Bucks’ two most likely first-round playoff foes — as well as other Eastern Conference teams.”

Of course, the Nets could be a different team if both of their injured superstars in Kevin Durant and Kyrie Irving are given the green light to return. But there’s no doubt that Budenholzer and the rest of the Milwaukee coaching staff will come up with another stellar game plan on both offense and defense.