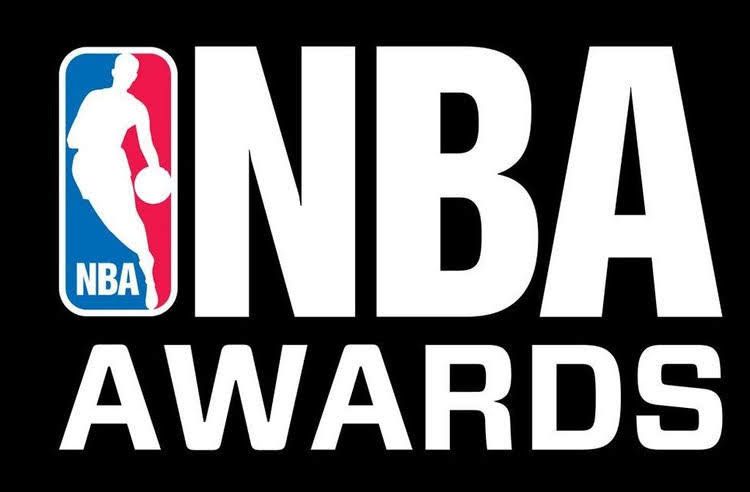 The Defensive Player of the Year plum is arguably the most difficult award to decide upon for the NBA experts. Yes, we do have the steals and blocks averages in the stat sheets but defensive ratings are also dependent on other incalculable contributions and different sets of analytics.

Moreover, the award for the top defender in the league is not based on the best rim protector or the player with the most number of steals per game. With the way that the league has progressed into positionless basketball, individual defenders who can guard multiple positions have proven to be the most valuable contributors on that end of the floor.

Defensive Player of the Year

It’s a year of very close races for individual awards, and the DPOY is no exemption. Ben Simmons finally showed us his full repertoire on the defensive end, effectively guarding literally every position out there. Anthony Davis spearheaded the Western Conference frontrunners Los Angeles Lakers’ defense, and he has the numbers to show for it.

But the DPOY trophy rightfully belongs to the league’s reigning MVP. Along with another solid shot at winning the MVP, the Greek Freak’s unique versatility on the defensive end has solidified the Bucks’ historically great defensive performance. Standing at 6-foot-11 and having the elite mobility to go with it, he has empowered his teammates to be at their best on defense. Point guard Eric Bledsoe is confident that he can hound opposing ball-handlers knowing that Giannis can cover the full length of the floor to help in case Bledsoe gets beaten off the dribble. Center Brook Lopez has the green light to jump for a potential shot block as he knows that Antetokounmpo has the length to intercept a drop pass or a kick out to the corner.

As how The Ringer’s Dan Devine perfectly describes it, Giannis is the “best defender on the best defense in the league.”

“The Bucks led the league in defensive efficiency this season, allowing just 102.3 points per 100 possessions. With Giannis on the floor, that number plummeted to a microscopic 97.7 points per 100. And as valuable as the Lopez twins were to Milwaukee’s scheme, the Bucks were even more suffocating when Giannis came in from the perimeter to man the middle; Giannis-at-the-5 lineups put the clamps on to  the tune of just 94.8 points per 100 when Mike Budenholzer unleashed them.

Antetokounmpo has become, as my Ringer teammate Jonathan Tjarks recently put it, the NBA’s apex predator: a player with the size, strength, skill, speed, and tenacity to take any opponent, at any position, out of the equation.”

Antetokounmpo’s continuous improvement on both offense and defense should place him alongside Michael Jordan and Hakeem Olajuwon as the only players in NBA history to take home the MVP and DPOY trophies in the same year.

The Celtics’ long-time defensive ace has taken over Al Horford’s leadership on defense and he has given more. It’s not common for a point guard to effectively defend bigger and better offensive players like LeBron James or Paul George. The difference of Smart’s impact from other good defensive point guards like Patrick Beverley, Kyle Lowry or Eric Bledsoe is that Smart has the strength to defend on the post and the verticality to contest inside shots from frontcourt players.

Early into the current season, Smart already knows that his body of work should be enough to earn him votes for the DPOY. In an interview with Kyle Draper of NBC Sports Boston, Smart emphasized that his ability to defend the point guard position up to the center spot should make an excellent case for the award.

It is unfair. It’s more of a popularity contest. I’m not people’s favorite player, which is fine with me. It just comes down to, when you see who’s voting and you see who they are voting for and why, they’re not even looking at the numbers and the stats.”

It may be difficult for him to topple Giannis for the award, but the 26-year old defensive anchor should be on the all-defensive first team for the second straight year.

Inconsistency has been a sub-plot for the underperforming Sixers this season, but Simmons’s work on both ends of the floor is an exemption. Philly head coach Brett Brown has trusted Simmons to be their anchor on defense, and the third-year hooper is giving Brown more than what is expected.

Aside from doing the playmaking chores on offense, Simmons’ 6-foot-10 length has also allowed him to be stellar on the defensive end. He is constantly called upon to defend the opposing team’s best player, whether that is a point guard, a small forward or a big man. It does not matter for Simmons because he has the strength, lateral quickness and conscious effort to do whatever he wants.

As per Paul Hudrick of NBC Sports Philadelphia, Simmons is not just a good one-on-one defender but he also excellently reads the opposing team’s offense as well.

Aside from just being able to guard his man, the numbers show Simmons has also been one of the most disruptive players in the NBA. Even with missing nine of the last 10 games, Simmons still leads the league in steals, both per game and total. He’s third in the NBA in deflections and tied for the league lead in defensive loose balls recovered per game.”

Simmons’ place in the first team all-defense should already be a lock. It is indeed a very productive season for the 23-year old point guard, who also garnered his second consecutive All-Star selection.

When the Lakers announced that they will be moving their newly-acquired star Anthony Davis to his preferred power forward position, there were concerns as to how the team will handle opposing teams’ small-ball line-ups. The 35-year old LeBron James is still a good defensive player, but you can’t expect him to really turn the switch on every minute that he is on the floor.

Davis has been playing the center position for the Pelicans for the past several years so moving to the power forward role, even though it is something he prefers, will not be easy. But Davis is a superstar for a reason, and that is because he has a positively-great impact on both offense and defense.

In the same column that Devine wrote for The Ringer, he said that Davis’ willingness to cover every task on the defensive end should help him make his case for the DPOY award.

“Davis was sensational, a whirling dervish of disruption, forever lurking behind the first line of defense and threatening to end a possession; no player logged more blocks and steals, or recovered more loose balls this year. As fearsome a rim protector as Davis is, when you zoom out to look at shots taken from all areas of the court—a worthwhile exercise, considering how much time Davis spent dealing with rangy stretch 4s and switching onto guards—among rotation regulars, only Pascal Siakam and Deandre Ayton contested more 3s per game than Davis did.”

It’s a very tight race between Giannis and Davis, so it’s understandable that there are experts are still torn on who they will vote for the award. Many people were still not convinced that AD is a Top 5 player in the league, but his overall performance this season along with the fact that he consistently co-existed with a superstar like James should erase all those doubts.

The reigning Defensive Player of the Year is still an elite defender in the league, and it will stay that way for the years to come. He never backs down from any challenge as he would be willing to be in a potential poster just to protect the rim at all times. But Gobert is not just a happy-go-lucky shot blocker. He studies his opponents well, and knows when to jump or when to stay disciplined and not bite on pump fakes.

Despite the fact that he is already very good and consistent on the defensive end, the 27-year old center is just beginning to enter the peak of his career. Gobert finally notched his first All-Star appearance this season, and that would be a fixture in the league especially if his limited offense catches up on his excellent defensive skill set.