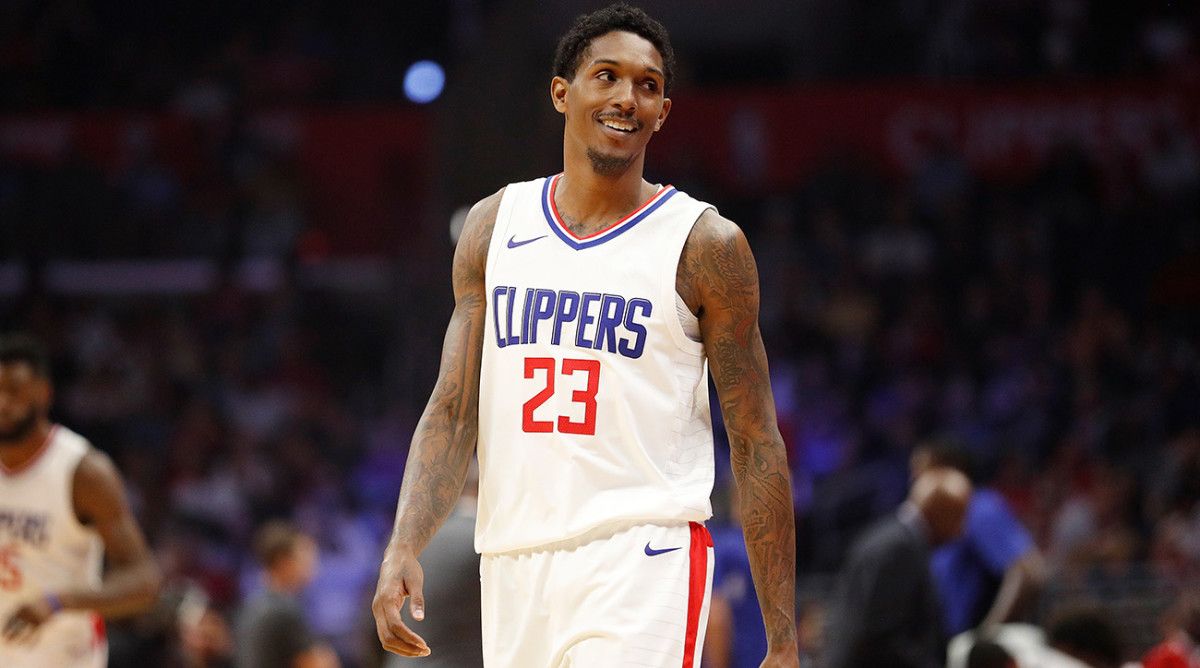 Lou Williams, a three-time winner of the Sixth Man of the Year award, has made a very solid case to nabbing his fourth trophy. The efficient, low-volume scoring guard is still at his best this season, a key cog to their success given how Paul George has missed a huge chunk of games and that Kawhi Leonard’s workload is still managed. The Clippers are off to a record of 44 wins against 20 losses, and it’s not just because of their two new superstars.

It’s not even just because of Williams’ top-notch offensive operating off the bench. His co-star on the second unit, Montrezl Harrell, is continuing to improve each year and he has the numbers to show for it. There were many candidates to choose from for this award, but the trophy will stay in Clipper Land.

Sixth Man of the Year

Even with the arrival of two superstars in Leonard and George, we never had any doubts that Williams will still get his points across the board. It was Harrell that we were worried about, considering that he has not yet shown an improved long-range shot or even the willingness to take it. He is a career 64% free throw shooter, and he still doesn’t have a go-to-move at the post.

But the league still has not figured out what to do when Harrell works with the Clippers’ ball-handlers on the pick-and-roll. It has been a deadly combination for the past couple of seasons, and the Clippers continue to be effective in it. Harrell may not have the flashy post moves that other big men like Joel Embiid and Anthony Davis have, but he has perfected his touch on floaters and semi-hooks.

Dan Devine of The Ringer detailed out how Harrell’s knack for being efficient in his shots, combined with his strength and savvy on fishing for fouls, have solidified his case for this year’s award.

“The fifth-year big man out of Louisville led all primary reserves in value over  replacement player and total win shares, and ranked in the top 10 in box plus- minus and win shares per 48 minutes of playing time. Harrell remained one of the most effective offensive reserves in the league despite taking on a larger role than ever, averaging career highs in minutes, field goal attempts, and free throw attempts per game. He was one of just nine players to finish more than 25 percent of his team’s  possessions with a shot attempt, foul drawn, or turnover, while posting a true shooting percentage higher than .600.”

But it is not just Harrell’s much-improved work on offense that will ultimately net him this award. He is the team’s anchor on the defensive end, and his ability to switch to multiple positions has allowed the Clippers to continue to play at the center position where he can destroy in tons of mismatch opportunities.

The three-guard line-up that Thunder head coach Billy Donovan employs during the crucial stages of each games has proved to be the driving force for their surprisingly good season. Before the season started, Schroder was one of the most notable names predicted to eventually be traded before the February trade deadline.

But Schroder’s multi-dimensional skill set on the offensive end has unlocked the team’s deadly combinations. On top of that, Schroder is not a bad defender either. Schroder’s 47% overall field goal clip is a very efficient percentage for a combo guard who mostly does his scoring off the dribble.

Devine also points out to Schroder’s excellent ability to facilitate the Thunder’s half-court sets, even while co-existing with fellow point guards Chris Paul and Shai Gilgeous-Alexander at the same time.

“Only 10 players this season used more than 27 percent of their teams’ offensive possessions and posted an effective field goal percentage north of .530. Eight were All- Stars. The ninth was Buddy Hield, who was fantastic as Sacramento’s sixth man after he was sent to the bench in late January, but who started 44 of his 64 appearances, taking him out of the running here. The 10th was Schröder, who spent more than half of his floor time as a shooting guard, and flourished while sharing ballhandling duties with Chris Paul and Shai Gilgeous-Alexander.”

It is indeed a very close race between Schroder and Harrell, but the Clippers’ big man’s tremendous impact on both ends of the floor should be enough for him to edge out the Thunder combo guard.

It’s really difficult to scratch Williams’ name off the sixth man of the year trophy, especially considering that his numbers did not really decline when compared to last season. However, Schroder has been more valuable to the Thunder than Williams has been for the Clippers. On top of that, the Clippers needed Harrell more than they needed Williams this season. It’s a confusing statement to make, especially when you look at the fact that Harrell has benefitted a lot from Williams’ excellent operation of the pick-and-roll.

Yet, Lou Will’s efficiency has dipped a bit this year. His field goal clip is down to 41%, his lowest in the last three seasons. He is also turning the ball over 2.9 times each game, a rate that is slightly higher than what he compiled a year ago. Moreover, the presence of George and Leonard has taken away his tag as the Clippers’ main go-to-guy when they need a bucket.

But then again, it is as if Williams and the Clippers perfectly complement each other. Williams has formed his identity as a Clipper, and the team has seen a boost in their culture ever since the scoring guard donned their threads. It is an excellent working relationship that Williams emphasized he will not let go of, as per an exclusive interview with ESPN’s Ros Gold-Onwude.

"Never give up. That's my Clippers story, never give up. I was at a place in my career where I thought that I was done, and [head coach] Doc [Rivers] and the rest of the guys rejuvenated me again and gave me that confidence that I needed to move forward in my career. And I've had the best years of my career with the Clippers.

We don’t know when the three-time SMOY award winner will finally decline in terms of his on-court production, but it is safe to say that he is up there in the list of the pure bucket-getters in the league right now.

Both Dragic and Detroit Pistons guard Derrick Rose have nicely filled in for their new roles off the bench this season. But winning is everything, and the Pistons are on track to miss out on a playoff appearance. On the other hand, the Heat has been very good this year despite only having just one star on the paper before the season started. Bam Adebayo has grown into an All-Star, and the team got plenty of buckets and valuable leadership from Dragic, the new captain of their second unit.

Not only has “The Dragon” embraced a role off the bench, but he has been successful in it. He is coming off a lowly stint last year when he normed only 13.7 points, his lowest output since the 2011-12 season. It was rightfully perceived that the veteran guard is finally entering the twilight years of his career, but he proved everyone wrong. He willingly accepted the role of becoming the Heat’s scoring punch off the bench, while still being trusted by Erik Spoelstra to be out there in regulation.

Yet, this did not happen by accident. As per Anthony Chiang of Miami Herald, the lefty veteran said after their first game of the season that it is his goal to nab the sixth man of the year trophy.

“What do you think, it’s easy? It’s not. We’re all competitors. Everybody wants to play a lot of minutes. But at the end of the day, I’m professional. I need to do my job and what’s best for the team. I went through conversations with Spo and other players, and there comes a point in your career that you need to make those decisions and  accept it.

That’s my vision, and I want to do it. It’s going to keep me going to have one goal in my mind.”

Dragic will enter unrestricted free agency in the offseason, and it is expected that he and the Heat will agree on a short-term deal.