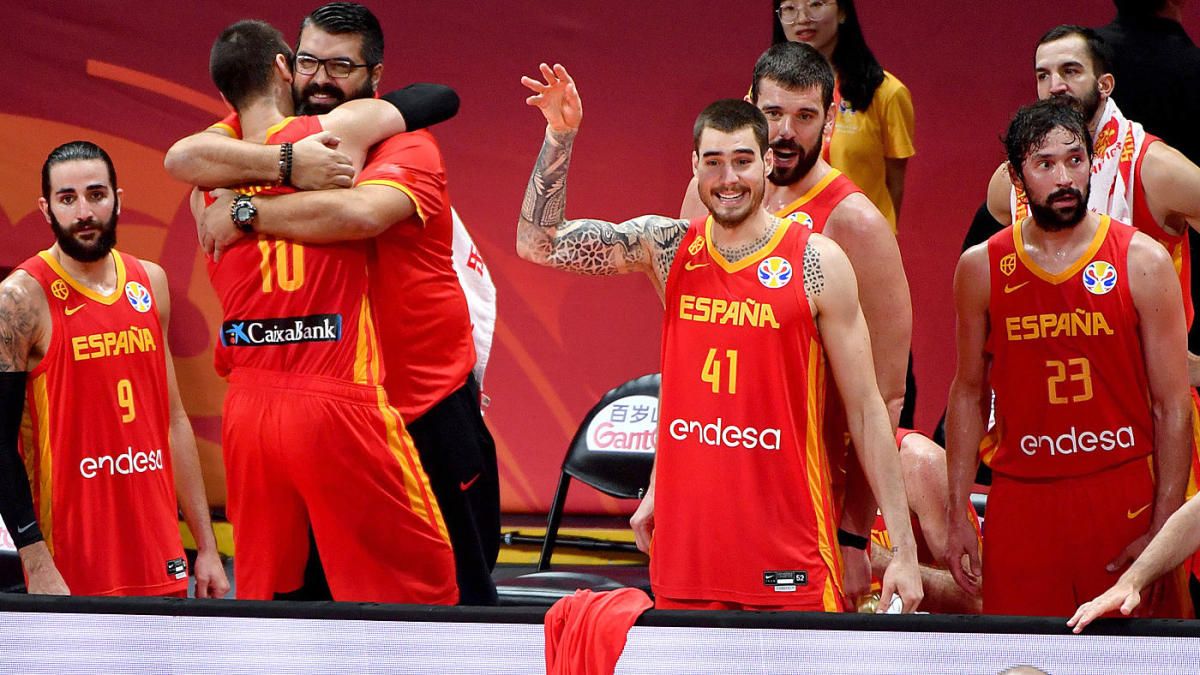 As strong as they have been in past decades, it was the first time that Spain wasn’t pegged as a favourite to win the World Cup. A Serbian team bannered by Denver Nuggets star Nikola Jokic and Sacramento Kings gunner Bogdan Bogdanovic made a lot of noise before the tournament. Of course, Team USA, even with their lack of star power, was still expected to put on a show.

But despite the fact that they didn’t have the talent that the other teams had, Spain relied on their continuity and team-first system to beat the odds and claim the World Cup championship trophy. Toronto Raptors star center Marc Gasol gets the coveted double-double championship in the NBA and the World Cup, while Phoenix Suns newly-acquired point guard Ricky Rubio establishes his legacy in the world stage.

Rubio, who scored a team-high 20 points, 7 rebounds and 3 assists in the title clincher against Argentina, was a steady presence on both ends of the floor throughout the tournament. He was also a vital cog during Spain’s close-call win against Australia in the semi-final round. Up against established NBA veteran point guards Patty Mills of the San Antonio Spurs and Matthew Dellavedova of the Cleveland Cavaliers, Rubio would scatter a double-double performance of 19 points, 12 assists, 7 boards and 4 steals. Rubio says that the team played with a lot of heart the whole tournament, per the Associated Press.

It was not too long ago that Rubio was still learning the ropes of international basketball as a young 16-year old kid. He was the team’s back-up guard behind Spanish greats Jose Calderon and Juan Carlos Navarro. But Rubio and the Spanish team could not have done it without the excellent play of Gasol. There’s no doubt that it has been an exhausting year for the 34-year old big man, but tasting NBA and international success should be worth it. Before the title game against Argentina, Gasol talked to ESPN’s Brian Windhorst on how it feels to commit a large part of his offseason to the national team.

Gasol finished the tournament with an all-around stat line of 14.4 points, 5.5 rebounds and 4.1 assists per contest. He will get a couple of weeks of rest before the NBA training camp officially opens in October. Fresh from winning the chip, the Raptors will rely on Gasol, Kyle Lowry and the growth of Pascal Siakam to deliver the goods for Toronto.

The Team USA may not be brimmed with superstars on their roster, but there isn’t a lack of star power in the tournament. Serbia paraded Jokic to man their frontcourt, while newly-crowned NBA Most Valuable Player Giannis Antetokounmpo reinforced the Greek squad. But both stars would not be able to lead their respective teams to a podium finish, with Greece failing to book a seat in the knockout stages and Argentina beating Serbia in the quarterfinals.

Coming off a monster year with the Milwaukee Bucks, many of us expected Giannis to dominate the opposition. But the Greek Freak would only eclipse the 20-point mark once, a 24-point performance against New Zealand in the first round of the group stage. He also failed to have double-digit field goal attempts in three of the team’s five games, leading to notions that the Greece coaching staff didn’t utilize him well on their offensive schemes. During their first round loss at the hands of Leandro Barbosa and Brazil, Antetokounmpo only had 13 points on seven attempts from the field. He also fouled out of the game and incurred three turnovers. Alex Garcia, the 39-year old veteran forward of Brazil, successfully locked down Giannis and often denied him of getting scoring opportunities on Greece’s set plays.

Even Brazil’s head coach Aleksandar Petrovic had some choice words on how they planned on defending the reigning NBA MVP, as per ESPN.

"Why this sport is wonderful. You have a guy who won MVP, he's 23 years old, and who stops him tonight? The guy who is 40 years old and kicks his ass.

Giannis would again foul out of the game in the crucial match against Tomas Satoransky and the Czech Republic. He only produced 12 points while committing four turnovers. Greece may have won that game, but they failed to reach the required quotient for them to qualify for a quarterfinals seat.

Before their second round match against Team USA, Greece head coach Thanasis Skourtopoulos pointed out that balancing Antetokounmpo’s health and minutes was a complicated process.

"The situation with Giannis, it's a little bit complicated ... you have to protect    Giannis and his health. So you have to take care of the times he plays. Against the USA it's good for him. He knows the mentality of the way they play. It's not like the European teams with the FIBA regulation. So now is the time for him to increase playing time and increase everything during the game."

Indeed, international basketball is a brand new ball game. The system is different, and the overall flow of the game varies from that of the NBA. However, Giannis is still learning the ropes and it’s safe to say that he will be more prepared in his next stint with the Greek national team.

What’s next for the Americans?

It was a very tough ending to Team USA’s campaign, but there is no room or time to play the blame game. Most of its young roster were relatively new to international basketball, and the fact that the world has caught up to the USA’s dominance didn’t help at all. One couldn’t help but feel for 70-year old head coach Gregg Popovich, who opted not to take a vacation by leading the charge for the Americans. But the newly-installed national coach is still proud of his players and called out the team’s critics, per Brian Windhorst of the ESPN.

"Some people want to play the blame game. There's no blame to be placed anywhere.  They want to play the shame game, like we should be ashamed because we didn't win a gold medal? That's a ridiculous attitude. It's immature, it's arrogant, and it shows that whoever thinks that doesn't respect all the other teams in the world and doesn't respect that these guys did the best they could."

USA bounced out of the tournament following a painful 89-79 quarterfinal loss at the hands of France, then was given a beating by Serbia in the classification match. It was the worst ever finish by the Americans in a major international tournament. Even Los Angeles Lakers legend and two-time Olympic gold medallist Kobe Bryant acknowledged that other teams have already caught up with Team USA.

Now, all eyes turn to the upcoming 2020 Olympics at Tokyo. It remains to be seen if superstars like James Harden, Anthony Davis, Stephen Curry and LeBron James will answer the call of the nation. But the sure thing is that Team USA will be more motivated than ever.