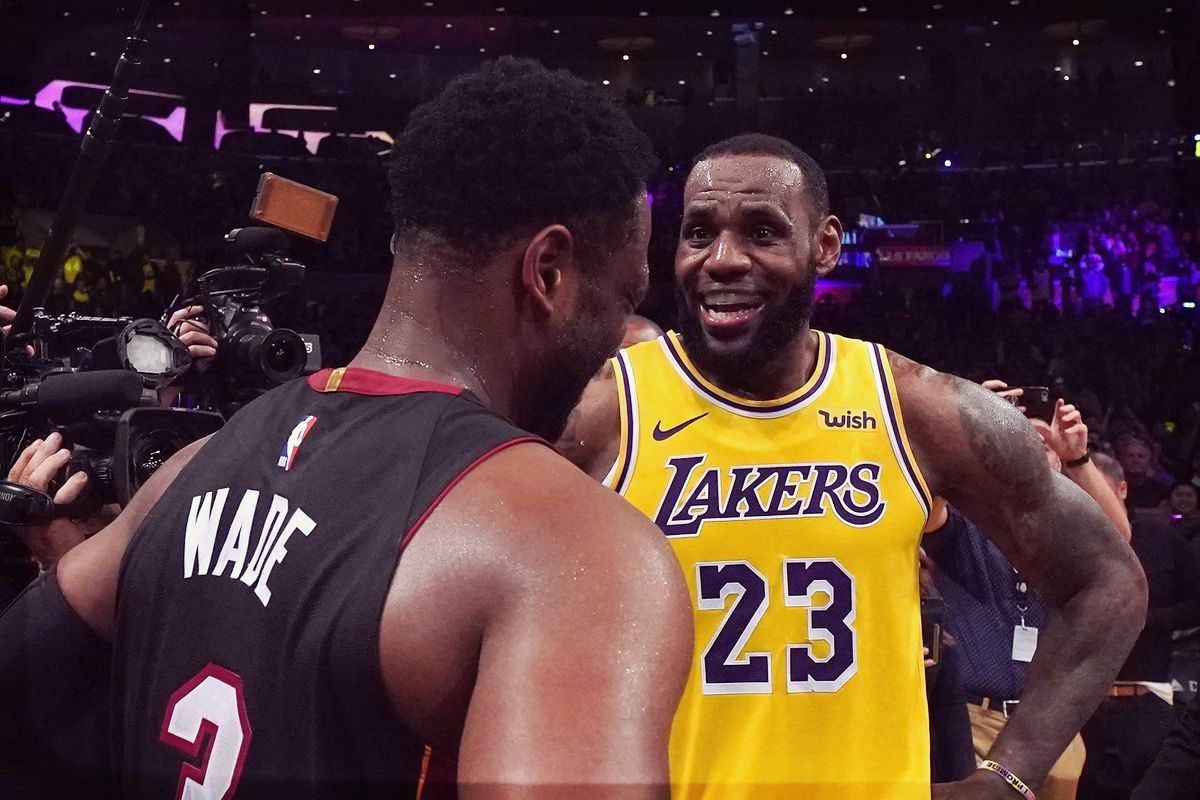 2019 NBA All-Star Game Primer: Wade Teams Up With LeBron For One Last Time

Heat fans get one last glimpse of Wade-LeBron duo

Almost five years removed from their disappointing performance during the 2014 NBA Finals, Miami Heat fans immediately get a win as Miami’s favourite son Dwyane Wade teams up with former Heat star, LeBron James of the Los Angeles Lakers. James had two options for his last pick – Wade and Dallas Mavericks’ Dirk Nowitzki, who are both special additions to the All-Star game – and of course, he picked his closest buddy in the league.

It will be the 13th and possibly, the last All-Star berth for Wade, who has announced his retirement effective at the end of the 2018-19 season. The Future Hall of Famer shooting guard is averaging 14.0 points, 4.3 assists and 3.8 rebounds this season, and is still the Heat’s closer at the crucial stages of their games. Wade finished second in fan voting with a total of 2,208,598 votes, but did not make it to the lineup as he expectedly got low results in player and media voting.

Wade would not get a significant amount of minutes in this game, but it would still be exciting to watch him and LeBron complete a transition alley-oop connection for one last time and if you are planing to place a bet / see the current odds of the game you can check betting tips from experiences sports analysts for the most updated offers and  bookies reviews in the US.

The All-Star game will have five first-timers on the roster, with Denver Nuggets’ Nikola Jokic selected from the Western Conference, while the East has four of their own – Orlando Magic’s Nikola Vucevic, Brooklyn Nets’ D’Angelo Russell, Philadelphia 76ers’ Ben Simmons, and Milwaukee Bucks’ Khris Middleton.

Jokic, easily a Top-5 candidate for the Most Valuable Player award this season, is averaging 20.4 points, 10.6 rebounds, and 7.7 assists per game for the West’s 2nd-ranked Nuggets. The 23-year old versatile big man is re-inventing the ‘point center’ position, and is doing it in his own unique way.

Vucevic, another modern big man in the league, is posting career-highs of 20.5 points, 12.1 rebounds and 3.8 assists per game, while shooting a stellar 38% clip from beyond the arc. The Vooch will be one of the most sought-after free agent big men in the impending 2019 free agency class.

Simmons is still the key cog in the Sixers’ success this season, while Middleton has been flying under the radar for some time now while being a reliable go-to-scorer behind Bucks superstar Giannis Antetokounmpo. Russell is a late addition to the line-up after the unfortunate injury to Indiana Pacers All-Star Victor Oladipo. Nevertheless, Russell greatly deserves this spot as he is leading a surprisingly good Brooklyn Nets team by producing 20.3 points, 3.8 rebounds and 6.6 assists each night.