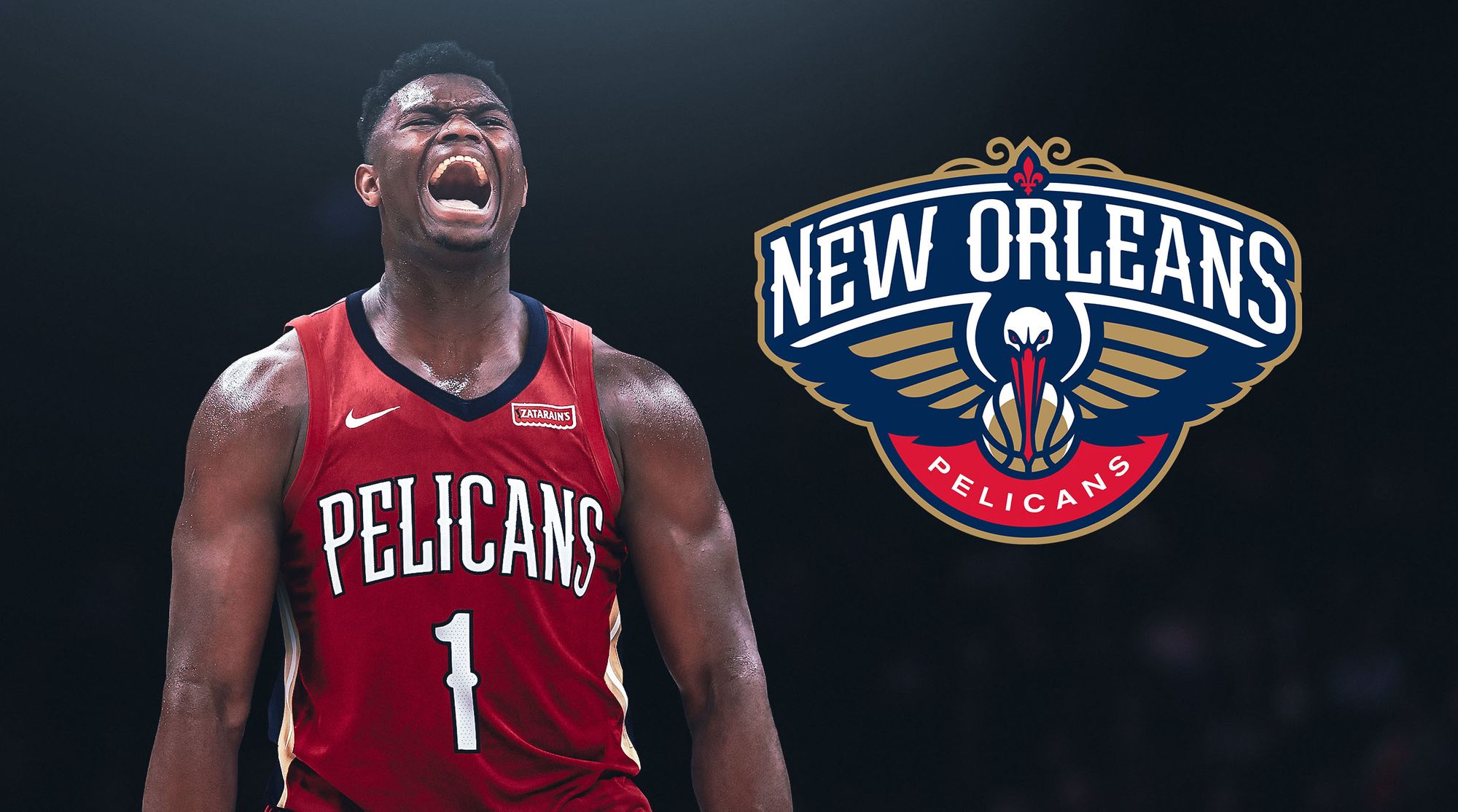 2019 NBA Offseason Mysteries: Are The Retooled Pelicans Bound For The Playoffs?

The New Orleans Pelicans’ successful offseason wasn’t just because of Zion Williamson’s arrival. In fact, it’s not even the primary reason why the Pelicans front office will have an A+ performance grade this summer. It was how they manufactured their trade deals to the benefit of their future, as well as their underrated acquisitions of former Utah Jazz scoring big man Derrick Favors and three-point maestro JJ Redick. The mix of young talent and quality veterans in the Pelicans camp is very intriguing. We’re not even talking about their star Jrue Holiday yet, their 28-year old point guard who put up career-high averages last season of 21.2 points and 5.0 rebounds, on top of 7.7 and 1.6 steals per contest.

Entering the offseason, an Anthony Davis trade was already written on the wall. A lot of interested teams came calling, most notably the Boston Celtics and the Los Angeles Lakers. With the Pelicans firing general manager Dell Demps and hiring former Cleveland Cavaliers GM David Griffin to become the team’s executive VP of basketball operations, the negotiation line between them and the Lakers were opened again. We could all recall how Demps denied every massive deal that the Lakers offered for the services of AD before the February trade deadline last season.

There were speculations that the Celtics contacted the Pels with a package centering around Jaylen Brown, but Griffin had Jayson Tatum as his target for a potential trade. Boston wasn’t ready to let go of Tatum, arguably their most talented young asset. The fact that Davis will become an unrestricted free agent in 2020 made it really difficult for the Celtics to mortgage their future, not even mentioning the rumors that Davis doesn’t plan on re-signing with the Celts if he was traded there.

So, the Pelicans front office took more consideration on what the Lakers has to offer. They agreed to a deal in which the team received young guns Brandon Ingram, Lonzo Ball and Josh Hart. But what really spiced up the deal was the three first-round draft picks the Pelicans got, an icing in the cake that also landed them the fourth overall pick of the 2019 Draft. That could have been the culmination of this blockbuster trade, right? Nope. Griffin would then call the Atlanta Hawks, trading away their 4th and 57th picks to secure the Hawks’ 8th, 17th and 35thselections. The Hawks may have gotten a more skilful two-way wing in De’Andre Hunter, but the Pelicans satisfied a frontcourt need by selecting the athletic, defensive big man Jaxson Hayes with the 8th pick. Nickeil Alexander-Walker, the Pels’ 17th pick, also made waves during the 2019 Summer League and joined Hayes in the First Team selection.

Furthermore, the Pelicans also shipped Solomon Hill’s massive contract to Atlanta, making it possible for them to have more financial flexibility. With the freed up cap space, the team acquired two experienced players that should help them to win now: Favors and Redick. The 27-year old Favors has been largely under-the-radar in his tenure with the Utah Jazz, having been overshadowed by his frontcourt partner, Rudy Gobert. But his efficiency has caught the attention of the Pelicans. One of the better post players we have in the league, Favors put up a career-high 60% clip from the field last season. His rebounding on both ends of the floor is remarkable and his average of 1.4 blocks per game tells us that he also exerts a lot of effort on defense.

The Favors trade was an excellent one. There’s no question to that fact. But I think that the Redick signing was the one the Pelicans needed more. New Orleans boasts youth and athleticism in their retooled roster, but what they greatly lack is perimeter shooting. Only combo guard E’Twaun Moore, a stellar 43% shooter from deep last season, is the only true perimeter gunner in their line-up. That pushed the Pelicans front office to aggressively pursue a proven shooter, and they struck gold with Redick. Griffin expressed his excitement on acquiring Redick, as per the team’s official page at NBA.com.

“JJ Redick is among the very best shooters and professionals in league history. Coming off perhaps the best season of his remarkable career, his on-the-court resumé speaks for itself. However, it was his desire to dive into the role of mentor and veteran leader that spoke most directly to us and has us most excited about our future together. We are thrilled to be able to welcome JJ and his family to New Orleans and our community.”

Still, the important question of whether the Pelicans is already a playoff-bound team or not is a mystery. You could make a case that they can be a lock for the playoffs if they are in the Eastern Conference, but it’s just hard to compete for a postseason appearance in the stacked Western Conference. They may have a stronger line-up this year, but a revamped roster doesn’t directly translate to success. Continuity and chemistry are two overlooked success factors in basketball, attributes that the Pelicans don’t have entering the season. There is no doubt that the Pels will be a tough team to beat night in and night out, but this season will be more of a learning experience for them rather than a winnable year.

Talk about being a perfect prototype big man in today’s small-ball, pace-and-space basketball era. The 6-foot-7 Zion Williamson fits the bill. There was no surprise why the Pelicans front office reacted with so much excitement and vigor as soon as they won the draft lottery. They now have an uber-athletic power forward who has the potential to play the point guard position right up to the center role.

Although he declined the offer of the Team USA to come play for the national squad, the invitation from a very established coach in Gregg Popovich is already quite the accomplishment. It means that he has garnered the respect and attention of the league, most especially his new teammates. Jrue Holiday, the Pelicans’ star guard, had heaps of praises for the young rookie, per Cody Taylor of the Rookie Wire.

“He’s already done a lot. You can see just how much joy he’s brought to the city. I  don’t want to put too much on him because it can be hard to carry something like that at such a young age. I know he’s a freakish athlete and a smart kid. If anyone can carry that burden, it would probably be him.”

Zion didn’t just bring joy and character to the whole New Orleans fan base, but he has also attracted the attention of the world to The Big Easy. The Pelicans are set to play in 30 nationally-televised games this upcoming season, a franchise-record. On top of that, the NBA has scheduled the Pelicans to appear on opening night as they face the defending champions Toronto Raptors.

The popularity that Zion has helped gravitate is indeed a huge positive for a small NBA market like New Orleans. But it is still his on-court assets that are most important. Zion’s explosive dunks and monster chasedown blocks are very well-documented, but his skill of doing a bit of everything on the court should bode well for his career path. It’s still unbelievable how he can leap that high given his heavy-looking physique. Some people and figures around the league have criticized Zion’s weight in the offseason but the Pels reiterate that being in his best body condition should be the priority. In fact, Griffin told The Athletic’s Jeff Duncan that Zion is actually still growing.

“Yeah, I don’t know that we can determine a weight yet. Zion’s still growing. One of  the things that’s lost in this whole process is that, like Jaxson Hayes, Zion is still getting taller. We’re not exactly sure what he’ll look like in the end. So a playing weight is not what you look for. What you look for is to be in top condition, to have the kind of core strength and stability that you need to control all of the incredible torque that his athleticism can generate.”

As for how Pelicans head coach Alvin Gentry will make the most of Zion’s unique skillset, we aren’t sure yet. It will be a problem for the Pelicans coaching staff, but a very good problem at that. With Zion covering almost every base in his game, Gentry should make sure that they’re getting the best out of his prized rookie.

I really believe that if Ingram didn’t play alongside a ball-heavy star like LeBron James last season, he could have produced a 25-5-5 stat line. The fourth-year young forward out of Duke has been slowly but steadily improving his scoring production, while also showing glimpses of solid playmaking. His length and mobility has also helped him make strides on the defensive end, and it’s only a matter of time before the 6-foot-9 Ingram will become a two-way star in the league.

To think that the Pelicans just gave up two second-round draft picks for the services of Favors, this is a huge win. Of course, the Jazz knew that Favors will enter free agency next year and they might not have the cap space to re-sign him. This was more of a dump trade for the Jazz, but it was the Pelicans who received the gains. Rookie big man Jaxson Hayes could be impactful with his athleticism and speed but he doesn’t have the low post presence that Favors has already mastered. Jahlil Okafor, a former third overall pick, has resurrected his career with the Pels last season. He may be an offensive threat, but he lacks the rim-protection that Favors has packaged within his skill set.

In the announcement that the Pelicans released when they traded for the big man, Griffin said that Favors is a “selfless, 27-year old elite rim protector” that he believes still has “untapped offensive potential.”