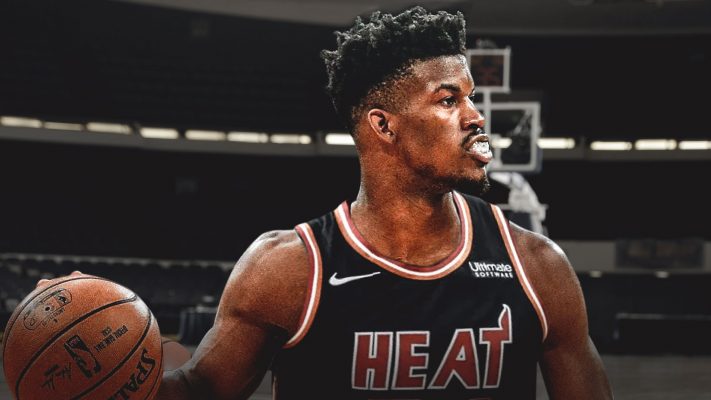 2019 NBA Offseason Mysteries: Can Jimmy Butler Bring Back The Stars In Miami?

If you haven’t considered Pat Riley as one of the most influential front office executives in the history of the NBA, I urge you to think twice. The Miami Heat wasn’t in any position to acquire a top-tier superstar in this summer’s free agency class. Yet, they managed to bring in Jimmy Butler, the All-Star forward they have been trying to trade for last season. Before Butler was officially shipped to the Philadelphia 76ers at the middle of the 2018-19 season, the Heat actually engaged the Minnesota Timberwolves in trade talks. ESPN’s Adrian Wojnarowski reported that the Wolves front office already shared Butler’s medical information to the Heat, but conflicts regarding the assets and players in the deal ultimately forced negotiations to reach a dead end.

“Minnesota and Miami had been discussing deals that included a third team to take on salary, as well as doing a direct trade between the Timberwolves and Heat, league sources said. Miami had softened on including guard Josh Richardson in versions of a possible deal for Butler, only to recoil once Minnesota pushed late for a sweeter return on the four-time All-Star forward, league sources said.”

Richardson was regarded by the Heat as one of excellent, young assets they are looking to build their future around. The fact that the Heat was ready to give him up says a lot about how the organization desires to bring in Butler to the ship. Butler has received a lot of criticisms with how he handled his trade demand in Minnesota, but his no-nonsense, business-like attitude should be a perfect fit in the Heat’s tough culture.

In the end, the Heat still gave up Richardson to receive Butler in the sign-and-trade deal with the Sixers. They may have let go of their defensive stalwart, but Miami now has a more seasoned two-way superstar on their roster. Riley has always been hungry for star power, and the arrival of Jimmy Buckets should help fill the void that Miami legend and future Hall of Famer Dwyane Wade left when he decided to retire.

During a sit-down with Forbes’ David Ramil, Chris Bosh, a two-time champion with the Heat and now a retired All-Star, believes that Butler should be able to negate his past issues and become the superstar that the Heat needs him to be.

Bosh sees team chemistry as a potentially “interesting” concern, especially considering Butler’s past issues in that regard. But he also believes that Butler is “up for the challenge” by choosing to come to Miami. He also points to Udonis Haslem’s role on the team as an important one. “[Haslem] will be able to act as a buffer and help [Butler] communicate and be that other veteran presence for leadership purposes.”

However, Butler is not the only mystery that the Heat needs to solve. Their success this season also lie in the growth of their two young guns: defensive forward Justise Winslow and big man Bam Adebayo. Winslow is an intriguing case, especially considering that this will be his fifth year in the league. When he was drafted by the Heat in 2015, Winslow was expected to become a two-way superstar down the road. He wasn’t expected to bloom right away, which is why the Heat has been very patient in his development. Miami kind of sped up the process last season as the Heat often tested Winslow in the point guard role. The lefty forward responded with a career-high 4.3 assists, along with 12.6 points and 5.4 rebounds per game.

The 23-year old Winslow recently made a statement that he will play a full-time role in the point, although ESPN’s Ramona Shelburne wasn’t quite surprised with that idea.

“I checked in with the Heat on this and they were kind of surprised by the quote because in their eyes he kind of has been a point guard for the last year or two. He hasn’t been called a point guard, but he has the ball in his hands a lot of the time when he is on the court. So he is already in that position, so it didn’t rankle them at all.”

Of course, Goran Dragic will still be there. But given that the Heat already tried to trade him during the draft night, it can be assumed that the Slovenian guard will see his role decrease this season. The Heat also have a bevy of wing players who could make plays on offense. Dion Waiters is raring to get back to top form, and prized rookie Tyler Herro has shown glimpses during the Summer League that he can create scoring opportunities for him and his teammates.

Make no mistake about it, Butler is at the peak of his career. But he isn’t getting any younger. Butler is already 30 years old, and the years he spent playing 38-40 minutes per game with the Tom Thibodeau-led Chicago Bulls has added a lot to his career mileage. But it will be a fresh start for a player who started his previous season with a lot of turmoil. Butler has always been vocal on how he wants to lead a team, and he has that opportunity at Miami. While there are a lot of shot creators in the Heat roster, these players wouldn’t have any problems deferring to Butler’s supreme talent and All-Star pedigree.

In fact, Butler has already started building his relationship with his new teammates, per The Athletic’s Shandel Richardson.

“After a vacation that included stops in Brazil, Italy and Senegal, Butler was back in  the gym with teammates in early September. Early indications show he is already forming bonds and emerging as a leader. Then again, that was the case at his previous stops, too.”

Of course, the Heat will test this roster if they can make some noise in the East and show the potential that they can surprise more elite teams during the playoffs. But if they become just another middle pack squad (just as what we expect the Heat to be this season), we could already assume that Riley will be more aggressive in bringing another star to the team. During an interview with Jason Jackson of Fox Sports last season, Riley hints that the franchise will be going after more top names.

“We’re chasing a playoff spot when we’re young. And then we’re going to be chasing some players that can come in. If we can get one or two players to come in with this group, this young group, then I think the sky’s the limit for this team in the next couple years.

So, can Butler help Riley attract established stars to take their talents to South Beach? He certainly can, especially if the Heat rack up more wins than what they are expected to have. But can Riley do another series of magic tricks with his team’s salary book to accommodate another top-tier name? That’s the important question moving forward with this Heat team.

The Heat didn’t necessarily bring in a new name here, but they picked up Adebayo’s rookie option and guaranteed him a $5.1 million payday through the 2020-21 season. Selected 14th overall during the 2017 draft, Adebayo’s growth last season could make him one of the steals in that class.

Most importantly, the Heat has shown that they believe in his potential. Head coach Erik Spoelstra opted to give Adebayo an increased role in his sophomore year, leading to the team trading former starting center Hassan Whiteside this summer. That confidence shown by the team could be a good pressure for the 22-year old center as he will assume a full-time starting role this upcoming season.

In an interview with Sun Sentinel’s Ira Winderman, Adebayo says that the Heat picking up his 2020-21 option will definitely boost his confidence.

"It's definitely a confidence builder. It's one of those things that a lot of guys don’t get to see, but I'm glad it happened to me. So we're going to keep this thing going and see if we can win some more games.

They're pushing me to be more of a leader. So, yeah, I do feel like I'm become like a Heat Lifer type of guy."

This summer was also a busy one for the young big man. He was chose to be part of the Team USA pool, and was one of the last cuts of the team. The fact that Adebayo was targeted by a stellar coaching staff that includes San Antonio Spurs’ Gregg Popovich, Golden State Warriors’ Steve Kerr and Atlanta Hawks’ Lloyd Pierce speaks a lot about his overall skill set.