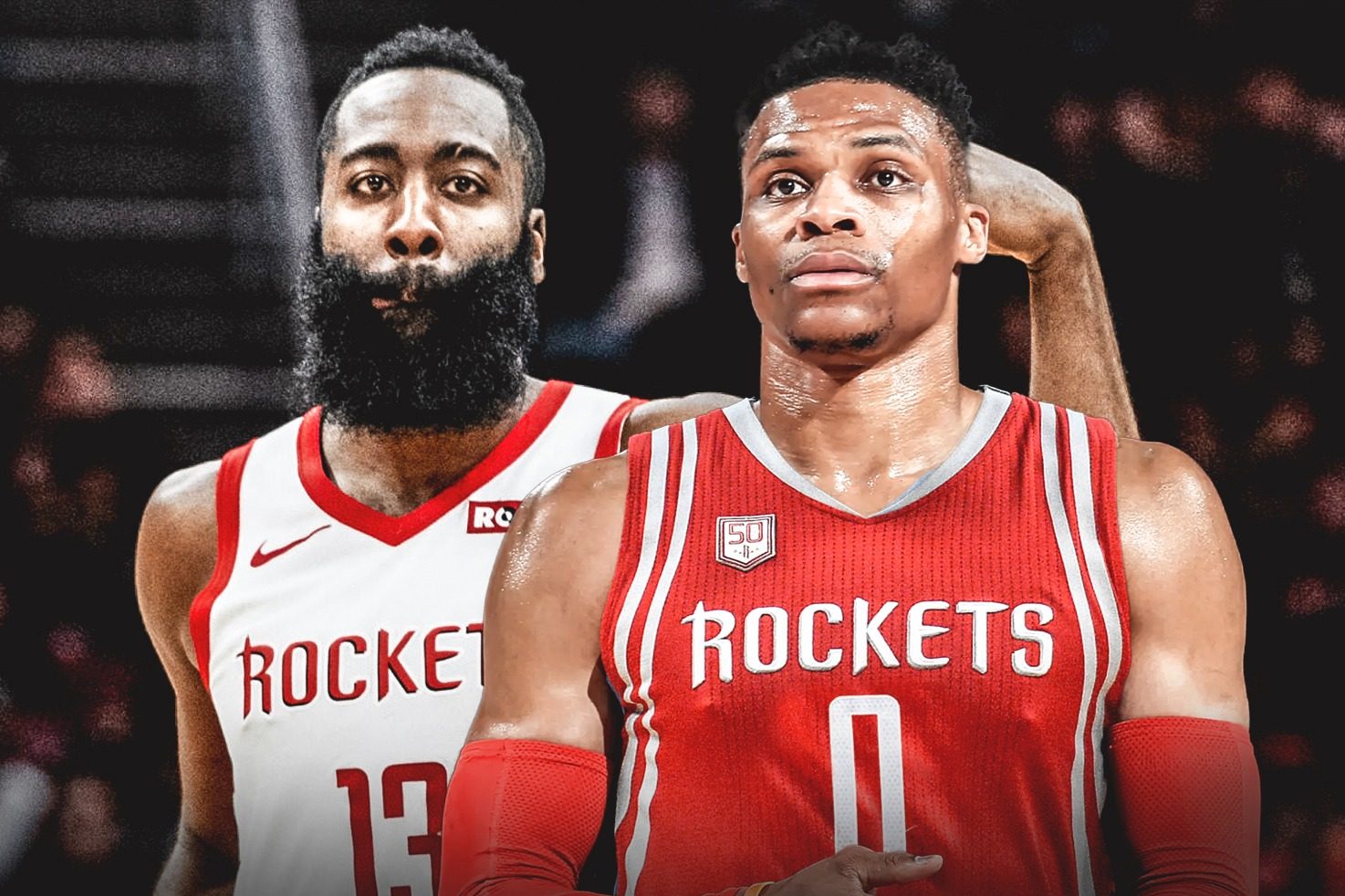 After a frustrating loss to a Kevin Durant-less Golden State Warriors in the playoffs, we all knew that something big was about to change in the Houston Rockets camp. All-Star point guard Chris Paul was the first Rocket to be speculated to be traded, owing to his disagreements with James Harden in terms of the team’s offensive schemes. Rockets general manager Daryl Morey would then reaffirm that the team is not planning to trade Paul, but we all know the truth behind that. The Rockets moved the 34-year old playmaker to the Oklahoma City Thunder to acquire another superstar point guard to pair with Harden: Russell Westbrook.

But the big problem is that Westbrook is coming off a down year. His scoring average of 22.9 points per game last year was his lowest since the 2013-14 season. On top of that, the flamboyant star also had a very dismal showing in terms of his shooting percentages. A career 80% shooter from the free throw line, Russ produced a career-low of 66% from the stripe. He also had the second-most three-point attempts per game in a season in his career, but only racked up a measly 29% clip from beyond the arc. Turnovers (4.5) still remained an issue for Westbrook.

During a sit-down on the ESPN’s The Jump, former Phoenix Suns executive Amin Elhassan summarized the questions regarding Westbrook’s fit with Harden and the Rockets’ pace-and-space offensive game.

“When I look at Houston, I’m just so concerned about what that fit is going to be like with those two players. Especially given that Russ, unlike Chris Paul, isn’t a good spacer off the ball. He doesn’t shoot, and he doesn’t move around a whole lot.”

Although Westbrook has been racking up the assists in the past three seasons in which he averaged triple-double stat lines, there’s no question that the 6-foot-3 spitfire point guard is still at his best when he aggressively looks for his own scoring opportunities. But the way he usually scores will be an issue that I’m sure the Rockets coaching staff are currently calculating a variety of solutions for. Russ isn’t used to scoring on off-ball opportunities, something that he has to really learn when sharing the same backcourt with Harden.

Still, Morey doesn’t see the fit and chemistry as big problems for the Rockets this upcoming season, per the RocketsCast Live podcast.

“My general principle back then when we got Chris, and it’s with Russell now, is that when you’ve got high, high level talents — and USA Basketball is the best example — if you’ve got a bunch of guys who are talented, know how to play the game, and want  to play together, it works well.”

There will be plenty of work for Westbrook and the Rockets moving forward. The advantage they have is that except for CP3, the core of their team is back. Continuity has always been an underrated factor in terms of success in the NBA, so this is an important asset that they could use as a starting point on their journey towards finally getting back on the championship stage.

Ignore the shooting percentages, and you’ll immediately think that Westbrook’s triple-double averages should have catapulted him to Most Valuable Player talks last season. Well, that was not the case. It was not even close. In fact, it was him teammate Paul George who got in on the Top 5 MVP candidates race last year. Although, his triple-double stats were enough to put him on the All-NBA Third Team, it’s still kind of mind-boggling how those massive numbers didn’t even place him on the list of the Top 10 players in the league.

We all know the answer to that confusion. Westbrook’s efficiency is on an all-time low for him, an aspect of his game that should have been improving given that he is already in the league for 11 years. His aggressiveness is still a great attribute of his, but it could be better for him and his team that he prioritize working smart rather than working hard.

But his recent struggle in his shooting is also what makes Westbrook scarier. He hasn’t been an outstanding three-point shooter throughout his career, but it would mean a lot if he can just replicate the 34% clip he put up a couple of seasons ago. He also shot 85% in the free throw line during that 2016-17 season, so it’s not impossible for Russ to have that kind of year again.

As for his chemistry with Harden, Westbrook says that he is not worrying about it and that he and The Beard are setting their sights on a common goal. This is Westbrook’s statement during his introductory press conference with the Rockets:

A fresh start might be just what Westbrook needs to prove that he’s still a Top 10 player in the league. Many people have been questioning his “stat-padding” strategy to come up with triple-double stat lines. But even if that was true during the past three seasons, Russ would not be able to do that with the Rockets. The team has too much pride in their culture, and selfishness is not part of their pedigree.

As for how the Rockets would insert Russ’ talents to their offense, Morey sees a lot of fastbreak opportunities for his team.

“People talk about athleticism in the abstract, but where it really comes on the floor is in transition. You get very high-percentage offense in transition, generally, with athletes.

Also, we could take note that Westbrook has been paired with another superstar throughout his tenure with the Thunder. He didn’t have any problems deferring to Kevin Durant and Paul George, so there’s no doubt that he could also work hand-in-hand with Harden.

Securing Gordon’s scoring services is a huge win for the Rockets. The veteran shot creator and the Rockets reportedly agreed to a four-year, $76 million contract extension, per Jonathan Feigen of the Houston Chronicle.

“With Gordon, 30, going into the final season of the four-year deal he signed with the Rockets as a free agent in 2016, the Rockets will sign Gordon to a four-year, $75.6 million extension, according to the individual familiar with the agreement. Including the remaining season on his contract, Gordon will earn roughly $90 million over the next five seasons.”

It was quite dumbfounding why the Rockets front office put Gordon’s name on the trading block after their frustrating playoff exit. It was obvious that the 30-year old sharpshooter worked effectively with Harden’s playmaking, and he was the team’s second go-to-scorer in the past couple of seasons. To further solidify his case, Gordon also works hard on the defensive end and can also dish off accurately-timed assists to his open teammates.

With the arrival of Westbrook, a more aggressive scorer and playmaker, expect more open three-point opportunities for Gordon.

After pulling off the trade for Westbrook, the Rockets then followed it up by acquiring Tyson Chandler, a solid veteran defensive center who will also be an important locker room presence for the squad. It was speculated that the Rockets were in a battle with the Warriors for the services of Chandler, but ESPN’s Adrian Wojnarowski reported that the arrival of Westbrook was a huge reason why the big man chose to play for Houston.

“Rockets had been recruiting Chandler for weeks, but reunion of Harden-Westbrook seems to have played a part with veteran center committing to join team.”

Chandler’s experience and toughness on the center position are badly needed by the Rockets. It’s not only rim protection and rebounding that Chandler can provide for the championship-contending squad, but also his knack for to score on the pick-and-roll. He will also be tasked with the role of mentoring the team’s young budding big man Clint Capela.