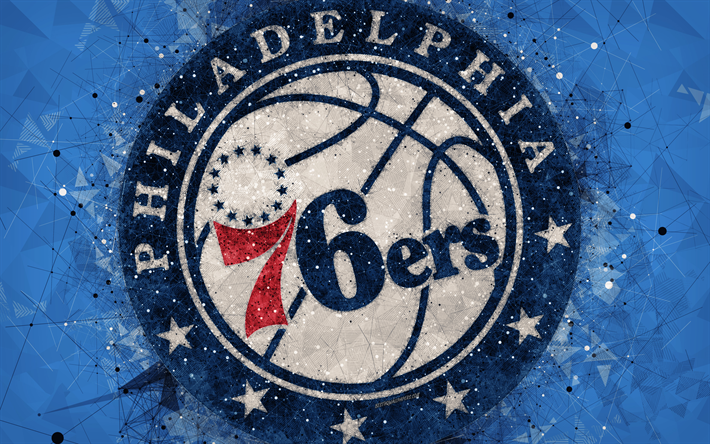 The Philadelphia 76ers’ “Trust the Process” motto is now obsolete. They were so close to finally reaching the Eastern Conference Finals stage last postseason, but a couple of bounces of the ball from Kawhi Leonard’s hands spelled their doom. Had the Sixers forced overtime won that Game 7 match-up against the Toronto Raptors, they also have the necessary pieces to go toe-to-toe with Giannis Antetokounmpo and the Milwaukee Bucks in the East finals. It was indeed a painful playoff exit, but the Sixers have now fully transformed themselves into an elite contender.

Still, maintaining elite status is not an easy thing to do in the NBA. I have always said this and I’ll say it again. Continuity is a very underrated factor in a team’s path to success. Teams can’t always retool every season. We all know that full progress doesn’t come overnight, and the Sixers know about that too. It took a lot of years and changes for the team to claim elite status.

However, the Sixers are facing quite a good problem entering the 2019-20 season. They may have retained their core of Ben Simmons, Joel Embiid and Tobias Harris, but they also added new integral pieces to their roster. In a sign-and-trade deal with the Miami Heat, the Sixers shipped Jimmy Butler to the South Beach. They received a young two-way guard in Josh Richardson, a reliable wing who can also play excellent defense. He isn’t the scorer that Butler is, but at least he won’t take away the scoring and playmaking opportunities that Simmons and Embiid both deserve.

But that was not the part where the Sixers front office pulled off a stunner. They would pry Al Horford away from the Boston Celtics, giving him a four-year, $109 million contract. It was a shocker, given that Horford has been the anchor of the Celtics for years now. We may not know much about the dysfunction inside the Celtics locker room last season. But we can assume that a part of it, however little, has something to do with Horford’s decision to leave.

As for the Sixers, they get veteran leadership and experience from the 33-year old Horford. Team general manager Elton Brand had heaps of praises for the vet big man, per the Sixers’ official page in NBA.com.

“We’re excited to welcome one of the NBA’s best frontcourt players in Al Horford to Philadelphia. He has built his reputation around hard work and a tradition of winning, which are the same qualities that have formed the foundation of the 76ers. Al’s playmaking, elite defensive talents and veteran leadership confirm why he is a crucial addition to our roster. We have gained a championship-level teammate that will not only complement our current makeup, but will help grow our young core as we strive for the highest level of success.”

Horford has never eclipsed the 20-point average throughout his brilliant career, but one can never count out all the winning things he could do for a team. The fact that he was selected for the All-Star five teams is already a testament that the 6-foot-10 center’s impact on the game is more than scoring. Horford is an excellent playmaker, and his ability to guard multiple positions is just unlike any other.

Still, the Sixers are not without a weakness. They weren’t a great perimeter shooting team last season, only ranking 19th in three-point hits last season. To make matters worse, their resident shooter in JJ Redick has decided to sign with the New Orleans Pelicans. With a bevy of playmakers like Simmons and Horford on the team, it will be a shame if the Sixers fail to land a solid perimeter gunner this upcoming season.

Who could have predicted that Horford would don the Philly jersey this season? He was the pillar of the Celtics’ recent success, and it was widely-expected that the veteran big man will stay in Boston for the years to come. But this free agency class has seen a lot of surprises, and Horford’s signing with the Sixers is one of them. How will head coach Brett Brown play both Horford and Embiid at the same time? Is it really worth it to invest almost $30 million each year for a 33-year old big man? Will Horford pose more problems than answers for the Sixers’ offensive schemes and rotations?

Can Horford play the power forward position? That’s a question that could either make or break the championship hopes of the Sixers. But we should never forget that Horford’s natural position entering the NBA in 2007 is the four spot. We could also remember how people would criticize how the Atlanta Hawks placed Horford on the center slot, with others saying that the Hawks could have been more successful if they played the big man in the power forward position.

Moreover, Horford played the PF position during his collegiate years with the Florida Gators. Joakim Noah and Marreese Speights were the legitimate centers of that squad. To top it off, the vet also played alongside big man Aron Baynes last season for the Celtics. Why did Boston head coach Brad Stevens put up that kind of frontcourt in today’s pace-and-space game? Well, it’s because Horford can shoot from long-range and can effectively pass the ball.

Most importantly, Horford is very confident that he could play the power forward position. When it was becoming obvious that the Celtics could be more successful if they play him with Baynes at the same time, Horford said that his ability to fulfill multiple positions is his strong link, per NBC Boston’s A. Sherrod Blakely.

“I feel like one of my strengths is being able to play multiple positions. It presents a different challenge for me, which is making sure I do a good job of covering him out on the perimeter, staying between him and the basket.”

Horford’s presence on the offensive end gives the Sixers another solid playmaker. We could see the team putting Simmons more on the post, or even Harris for that matter. Opposing teams going small would have a lot of difficulties in defending the lengthy Sixers players on the block, especially during multiple switches. I don’t see any problem on the defensive end, either. Horford has actually shown that he can keep up with the best NBA scoring small forwards, and his ability to accurately communicate with his teammates on defense will definitely be an asset.

Lastly, Horford could be Embiid’s replacement at the starting center slot when the Sixers coaching staff decides to rest the latter in some nights. It’s no secret that Embiid has been prone to injuries this early in his career, so it’s imperative that the team gives him nights off during the regular season.

As an additional point for optimism, it also seems like Horford has already taken a liking in his new home, mentioning his respect for the Philly front office. This is a fresh start for the 33-year old vet, and arguably his best chance at finally capturing that elusive championship ring.

“I have a lot of respect for Elton. I got to watch him as a younger player being on our team and how professional he was and how he took care of his body. Really respected him seeing how he did it when he was with [Atlanta]. His commitment to wanting to win and doing the right things inspired me back then and I think that he believed in me, he believes in this group and in what we can do. When they came knocking and approached me it felt right. That’s why I’m excited to be here because I know that he wants what’s best for this city for Philadelphia and what we are trying to do."

The Sixers, along with the Milwaukee Bucks and the Boston Celtics, are among the top contenders in the Eastern Conference. Horford’s unique skill set and winning attitude will be badly needed by a Sixers team bannered by two young stars in Simmons and Embiid.

There will always be overlooked names in free agency, especially when it is as stacked as the recent batch. With teams competing for the right to acquire top-tier names like Kevin Durant, Kawhi Leonard and Kyrie Irving, Tobias Harris’ name and pedigree became somewhat underrated. The Utah Jazz were rumoured to be a frontrunner for signing Harris, but it was ultimately the Sixers who gave him the more attention.

A five-year, $180 million contract could be a bit overwhelming if you’re just inking a borderline star, but Harris’ value in this small-ball league is higher than many people think. Philly fans should be happier that the Sixers chose him instead of extending Jimmy Butler. Simmons needs the ball a lot, and Embiid’s quickly-improving shot creating on the post or from the perimeter will force him to also demand the rock. Now that Redick has left the squad, Harris will become the team’s best option from beyond the arc. The combo forward shot a solid 40% clip from deep, and also has the handles and inside game to keep his defenders guessing.

During a press conference that officially announced his re-signing with the Sixers, Harris says that choosing the Sixers was a win-win situation for him and the franchise.

“It means a whole lot for me. Everybody knows over the course of my career I have been in different situations. But, coming into the free agency meeting here and what was presented, the coach, the organizations, the love of the city and the thirst to get back to where we were and get even further and gain a championship. Hearing in my  meeting just the possibilities of getting these guys up that are sitting up here with me was also one of the most important things in the picture. For me, it was just a win- win to come here to be in a situation where I can continue to develop and to be somewhere to win for many years to come. So I am excited for that. I hope to finish my career here hopefully, God-willing.”

With a full training camp to prepare for the season and get to know more of his teammates, expect Harris to be more efficient on the court. During his half-season with the Sixers, he only shot 33% from three-point territory, his lowest percentage since the 2013-14 season. He also attempted less shots, owing to the Sixers giving more scoring opportunities to Butler and Embiid. But now Butler gone, Harris can have more freedom with his shots.