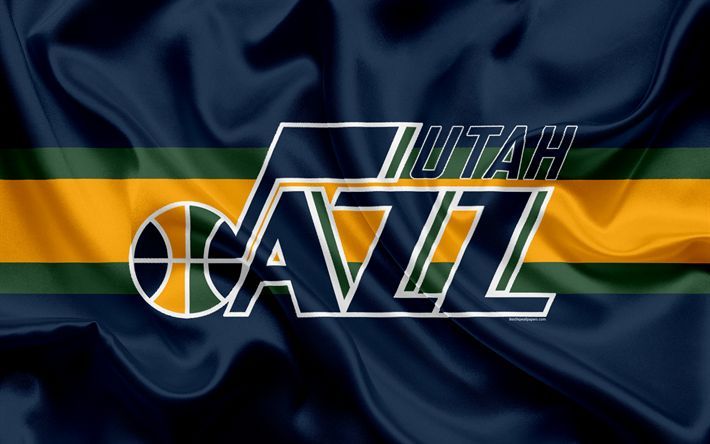 2019 NBA Offseason Winners: Can Donovan Mitchell and The Jazz Finally Take The Leap?

Most people thought that when All-Star forward Gordon Hayward left to sign with the Boston Celtics in 2017, the Utah Jazz were destined for doom. After all, Hayward was the highest bucket-getter on that squad, and the Jazz didn’t really have a solid second-option scorer. But they would struck gold during the 2017 draft. They traded stretch forward Trey Lyles and their 24th pick to go up the draft and receive the 13th selection from the Denver Nuggets. The Jazz went on to select Louisville combo guard Donovan Mitchell, a 6-foot-3 sophomore who wasn’t really given that much share of the spotlight. Most of that draft class’ hype went to UCLA playmaker Lonzo Ball and Duke forward Jayson Tatum.

Still, Mitchell was quite the prospect back then. Before the draft, ESPN’s Chad Ford even compared him to Miami Heat legend Dwyane Wade.

“The Heat will have a tough time passing on Mitchell if the Hornets and Pistons do.His elite athleticism, length and game give him a passing resemblance to a young Dwyane Wade. I don’t think he has that same ceiling, but his talent is definitely worth taking a risk on here.”

Indeed, Mitchell had a brilliant rookie season as he finished second behind Philadelphia 76ers point forward Ben Simmons for the Rookie of the Year plum. Yet, that was not the highlight of Mitchell’s first year in the NBA. Up against top-tier stars in Russell Westbrook, Paul George Chris Paul and James Harden, Mitchell would become a force during Utah’s two playoff series with the Oklahoma City Thunder and the Houston Rockets in 2018. The explosive guard racked up a stellar stat line of 24.4 points, 5.9 rebounds, 4.2 assists and 1.5 steals that postseason, establishing his name as a new star in the league.

So despite the departure of Hayward, Mitchell’s arrival injected star power to a team filled with quality role players. They made the playoffs for the third consecutive time last season, but the Harden-led Rockets again dampened their hopes for a deeper postseason run. One of the top storylines of that series was Jazz star center Rudy Gobert’s inefficiency on the court. Although he was still able to block 2.6 shots per game in that series against the Rockets, it seemed like Houston’s super small-ball line-up with PJ Tucker at the center position was giving Gobert problems on the defensive end. He did not hit double-digit scoring in the last two games, and Utah’s sole victory came when Gobert only played 23 minutes.

Was Gobert really that ineffective against a small-ball, perimeter-oriented line-up? If he was, what should that bode for his future with the Jazz? But ESPN’s Zach Lowe isn’t taking any of that issue. Lowe emphasizes how impactful Gobert is to the team’s defensive schemes, leading to a conclusion that Utah’s disappointing performance on that end against the Rockets was a result of a collective failure.

“On those possessions when Gobert doesn’t directly challenge shots, he still  defines what kinds of shots opponents get. He is a one-man defensive architecture. (Embiid is, too.) Because of Gobert, Utah allows the fifth-lowest share of shots at the basket -- and that understates his impact, since that share plummets when Gobert is on the floor. Because of Gobert, perimeter defenders can stick to shooters; Utah allows the lowest share of opponent 3s.”

Lowe could be making a very solid point. During France’s memorable victory against Team USA in the recently-concluded FIBA World Cup, the Americans obviously tried to take Gobert off the floor by featuring Boston Celtics wing Jaylen Brown at the center position. Gobert didn’t just led France’s defensive stops, but he also punished smaller defenders on offense. During the Rockets series, Gobert actually attempted double-digit field goal attempts once. That was in Game 1 when the Frenchman went 8-10 from the field, and racked up 22 points. Will he and the Jazz mutually benefit by giving him more scoring opportunities? Definitely.

But the Jazz isn’t all about Mitchell and Gobert this upcoming season. They have brought in an All-Star caliber point guard in Mike Conley, a versatile scoring forward in Bojan Bogdanovic, and quality role players like Emmanuel Mudiay and Jeff Green. Roster depth has been a great problem for the Jazz in the past couple of years. They only have one shot creator in Mitchell, while Gobert and forward Joe Ingles only occasionally eclipsing the 20-point mark. But with Mitchell’s improvement and learning experience with Team USA, Conley’s arrival, and Utah’s success in extending the depth of their roster, the Jazz should be a top contender in the stacked Western Conference.

Justin Zanek, Utah’s general manager, knows that the pressure to win is a lot higher this season especially considering that their roster is at its most competitive in recent years, per ESPN’s Dave McMenamin.

"We embrace the expectations because we're trying to field the most competitive team that we can in pursuit for a championship. We got a lot of work to do. We got to have the team jell and spend time with each other, and we have time to do that. But again, we'll embrace everything because we're here to compete."

We may have been talking about the Lakers and the Clippers as the favorites to top the West, but don’t forget that the Jazz will be right there knocking on the door.

Conley has been largely underrated throughout his twelve-year career in the league. Part of the blame could be put on him playing on a small market like Memphis, but most of it could be pointed to how the Western Conference has been brimming with superstar point guards like Stephen Curry, Russell Westbrook, Chris Paul and Damian Lillard. Conley may not have the massive numbers that those top-tier names put up on a daily basis, but the 31-year old lefty guard’s efficiency on both ends of the court has always been overlooked.

As he is now approaching the last years of his career peak, Conley has one thing in mind: chasing the elusive championship ring. His long tenure with the Grizzlies has given him a lot of playoff frustrations, as they only reached the Conference Finals once. The Grizzlies would then embark on a rebuilding process after two consecutive seasons of failing to make the playoffs. It’s safe to say that a veteran, championship-seeking playmaker in his 30s would not be a part of that.

Now that he has a solid opportunity to compete for a championship, Conley can’t help but express his excitement.

"I think we all see that it's an opportunity for all of us to have that aspiration. We all want to win a championship. And especially myself, it's something I've really been looking for my whole career and have gotten close and never been able to push through.

And now it seems like it's the time -- this year especially, there's not too many teams with three big-time, top-five, top-10 guys on a team. It's kind of split up, so it's a great opportunity for the Jazz to just be ourselves, continue to improve as the season goes on, and we'll be there at the end of the year knocking at the door."

Conley is making a valid point here. The 2019-20 season will be more balanced this time, and we don’t have a clear-cut favourite just like what the Golden State Warriors have been in the past several years. With Kevin Durant moving to the east coast and Kawhi Leonard spurning the Lakers to decline the opportunity to form a Big 3 with LeBron James and Anthony Davis, the door is wide open for new contenders to rise.

As for the Jazz, the Conley-Mitchell backcourt should already be making the Top 10 list. As good as Mitchell is, he still have a tendency to force his shots and turn the ball over often. Of course, the reason for that would be the fact that he is the sole scorer on the team, and defenses would just gang up on him. That wouldn’t be the case this year, though. With Conley handling the playmaking duties and excellent three-point marksmanship of Bogdanovic and Ingles forcing their defenders to stay close on them, Mitchell will have more freedom in creating his shots.

But Conley’s impact on the court is not the only positive he could give to the team. His experience and leadership will be vastly-needed in the locker room, and he could prove to be a great mentor for Mitchell.

This was one of the steals of free agency. In dire need for a second-option scorer who could create his own shots and space out the floor to give Mitchell more freedom in driving to the rim, the Jazz signed former Indiana Pacer Bojan Bogdanovic to a four-year, $73 million deal. Are you thinking that maybe that massive $73M contract is too much? Nope. Not really.

Bogdanovic is coming off a career-high season in points, as well as a career-high 43% clip from beyond the arc. That’s an astounding number. The Croatian forward can also rebound the ball well, and has shown glimpses of making plays for his teammates. When superstar guard Victor Oladipo suffered a season-ending knee injury last season, Bogdanovic immediately became the Pacers’ primary scorer. You would think that a team with a non-All-Star player like Bogdanovic leading the way will suck, right? Apparently, that didn’t happen. The Pacers even made it to the playoffs, and stood toe-to-toe with the powerhouse Boston Celtics squad.

When asked what Bogdanovic will bring to the Jazz, Forbes writer Tony East quickly pointed out the forward’s efficiency, per Taylor Griffin of the SB Nation.

“Corner 3 point shooting, and having a package of skills to still score if he gets run off the line in the corners. He’s basically the ideal shooter for a spread PnR and he’s always efficient. That player is crucial for the spacing and scoring of an elite level team.”

Bogdanovic also acknowledges how deep a roster that Jazz will field in this season, while emphasizing the togetherness that the team has right now.

"It's been a great, great free agency for all of us. I'm so excited to be a part of this organization and culture and one of the deepest rosters right now in the league.

I was surprised that everybody reached out. Their togetherness is at a high level."

Like Conley, Bogdanovic is a 30-year old veteran chasing his first championship run in the NBA.