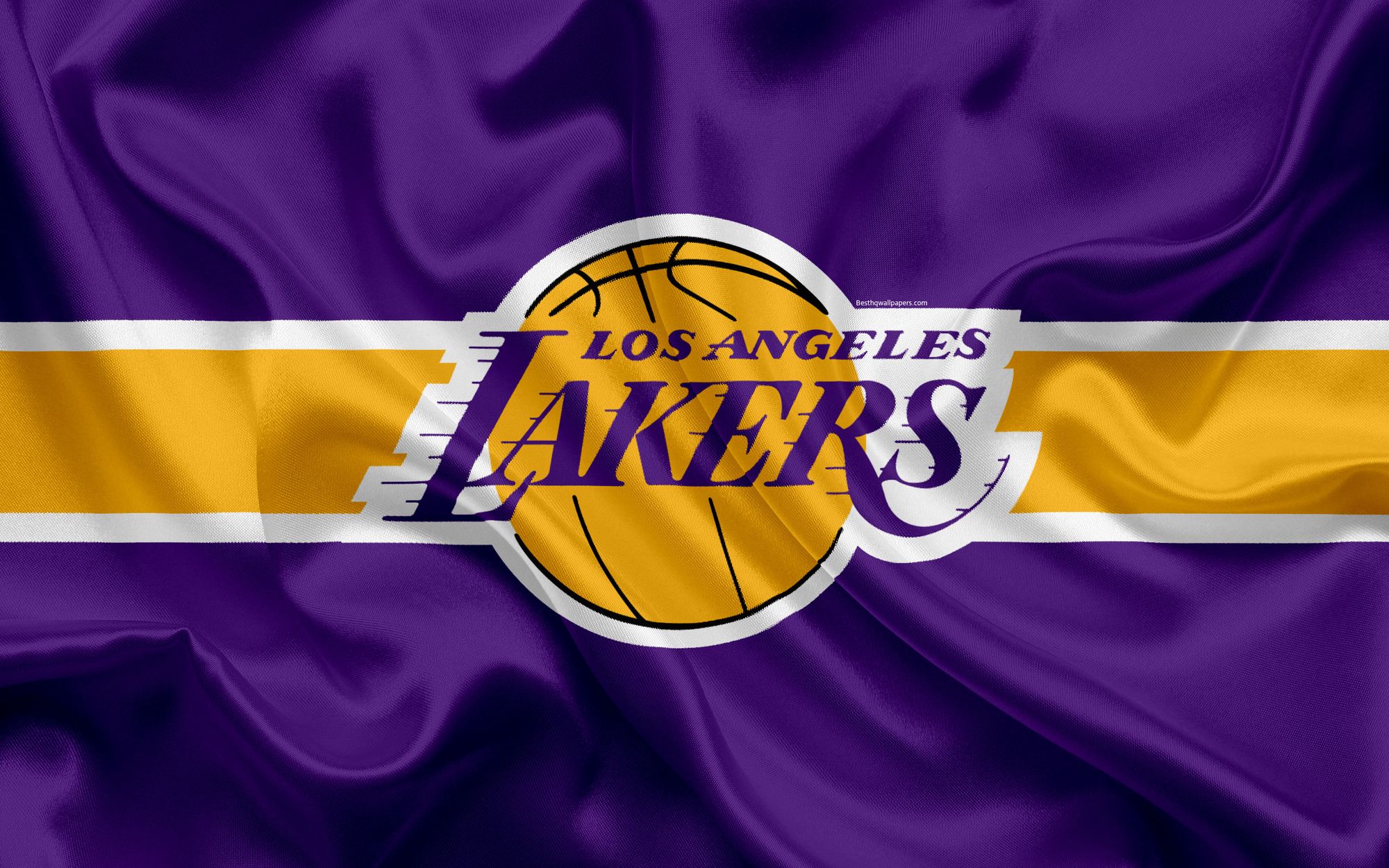 LeBron James and the Los Angeles Lakers finally got what they wanted all along. After unsuccessfully chasing New Orleans Pelicans superstar Anthony Davis last season, the Lakers front office finally got in on the inside and traded for the star this offseason. They may have given up a bevy of young, talented assets. But unproven potential is not what LeBron wants. Ever since The King took his court in LA, the Lakers’ priority has always been to make him happy and surround him with the fitting supporting cast. To top it off, James is not getting any younger and his championship window could be slowly closing already.

The AD acquisition could also be the move that could spell redemption for Lakers general manager Rob Pelinka, and ultimately the whole front office. They became quite a laughingstock when the Pelicans former general manager Dell Demps issued a statement that won’t agree to any offer that the then Magic Johnson-led Lakers organization might have for them. The Lakers would then regroup and fire Johnson from him position, a risky move that could have been for the worse if they did not pull off the trade for Davis.

Aside from the acquisition of the former Pelicans superstar, Pelinka has also filled out the roster with seasoned veterans who can play defense and shoot from the perimeter – two important attributes of any LeBron teammate. This tells us that Pelinka has definitely learned from their last season’s mistake of surrounding James with more playmakers, sacrificing perimeter shooting in the process. Andre Iguodala, the former Golden State Warriors defensive stalwart that the Lakers also have their sights on, appeared on The Full 48 podcast and gave heaps of praises for Pelinka, his former agent.

“So with Rob, it’s like Rob is very crafty, and Rob does his homework. Rob is very calculated. Now, using those words, you’d be like ‘ah, he’s gonna backstab you, right?’  But in order to be successful, you have to be all those things.

Rob is calculated, he’s crafty, he knows his opponents, he knows his strengths, he knows his weaknesses and he knows that about all his guys. So if you look at a lot of the contracts he did with all his players, he maximized them. Like he got all he could out of all his guys in terms of deals... And even if he had to pit two teams against each other, that’s just what he had to do. Now, what type of agent would you want?”

With the Warriors moving him in order to have enough cap space, Iggy is still with the Memphis Grizzlies as of today. Despite that, it is expected that the veteran defensive ace will either be bought out by the Grizzlies or be traded for a future draft pick. The Lakers are reportedly the frontrunners to acquire the vet’s services, along with the Houston Rockets.

The soap opera-like drama that characterized the Lakers’ struggles last season up to the firing of Johnson is arguably now down the drain. Pelinka says that the team had viable alternative options to revamp their roster for the upcoming year. When the superstar trio plan didn’t materialize, they adjusted and looked for quality role players to surround James, per SB Nation’s Harrison Faigen.

“One of the pathways is what I would call the ‘adding a third star path,’ and the alternative pathway would be the ‘building our roster depth’ pathway. We did a lot of strategic planning around both forks in the road and felt confident in going down either of those. Obviously the way things unfolded we ended up on the roster depth pathway, and we’re very confident and excited about that.”

It will be a championship or bust season again for the Lakers, as expected in every team that LeBron plays for. With 3-and-D veteran shooters like Danny Green, Avery Bradley, Jared Dudley and Troy Daniels joining the squad, this version of the LeBron-led Lakers should be the more promising one.

With all the drama now behind now, Anthony Davis’ mindset should be solely focused on one thing: the Larry O’Brien championship trophy. In the span of his seven-year career, there’s no doubt that this Lakers team is the most talented group he will be a part of. But with that privilege comes all the pressure of winning, something that he hasn’t gotten used to during his tenure with the Pelicans.

However, there’s still a cloud of uncertainty hovering in the fact that Davis isn’t hinting out on any long-term commitment with the Lakers. He will be an unrestricted free agent in 2020, and there’s no telling if he will indeed stay in LA. Of course, that should be dependent on how successful the Lakers will be and how his relationship with LeBron will turn out to be. When asked by the media if he is planning to re-sign with the Lakers beyond this season, Davis shrugged it off and said that the 2019-20 season is the only important thing in his mind right now, per Harrison Faigen of the SB Nation.

“Honestly I’m focused on the season. When I got traded here my goal was to bring a championship here with the team that we have, and when that time comes around next year, you can ask me that question and we’ll revisit it.

But right now, my focus is on this year and how I can help this team and help this organization become a championship team.”

How will Davis perform under pressure? That is an important question moving forward for him and the purple-and-gold squad. The Lakers let go of their talented assets in order to secure his services. The oozing potential of the trio of Brandon Ingram, Lonzo Ball and Josh Hart isn’t a joke. They are already good players, and the scary thought is that their true potential hasn’t even tapped yet. The Lakers’ success will be dependent on Davis and James. There is no questioning that fact. If they fail to at least make it to the Finals this season, the blame will be put entirely on these two superstars’ shoulders.

While Davis is currently busy filming “Space Jam 2” with LeBron and some other notable NBA players, he reiterates that he is zeroing in on the prospect of winning multiple titles, per Arash Markazi of the Los Angeles Times.

“My goal is to win a championship. I expect to win every time I step on the court, very game. I want to win a title. That’s what it’s about — winning titles. That’s the only thing on my mind.”

It will be interesting how his partnership with James will work out. Davis has been emphasizing how he wants to be placed on the power forward position, his natural role before he entered the NBA. With the Lakers taking another risk in bringing back Dwight Howard, the team might just grant Davis’ request. Howard is deemed to be a replacement for the injured DeMarcus Cousins, while JaVale McGee could be coming off the bench for the Lakers.

We should not forget how good Bradley was at the latter part of the 2018-19 season. After being traded by the Clippers to the Grizzlies, Bradley played 14 excellent games for the Grizz. He averaged 16.1 points, 3.1 boards, 4.0 assists and 1.0 steals per contest in those games. Bradley also shot an outstanding 38% clip from three-point territory, while still being tasked with marking the opposing team’s best perimeter player.

Bradley, a nine-year veteran guard, says that the opportunity to play with James and Davis ultimately made him decide to join the Lakeshow, per the SB Nation’s Silver Screen and Roll.

However, Bradley has an uphill climb ahead of him. The Lakers’ depth in the shooting guard position is actually filled out to the max, so he has to really do good at practices to earn big minutes. It is expected that the new Lakers head coach Frank Vogel will insert Danny Green to the starting line-up, and put Kentavious Caldwell-Pope in a sixth man role. Bradley’s ability to play the point at times could be his advantage over these two bigger shooting guards, along with his willingness to really exert tremendous effort on the defensive end.