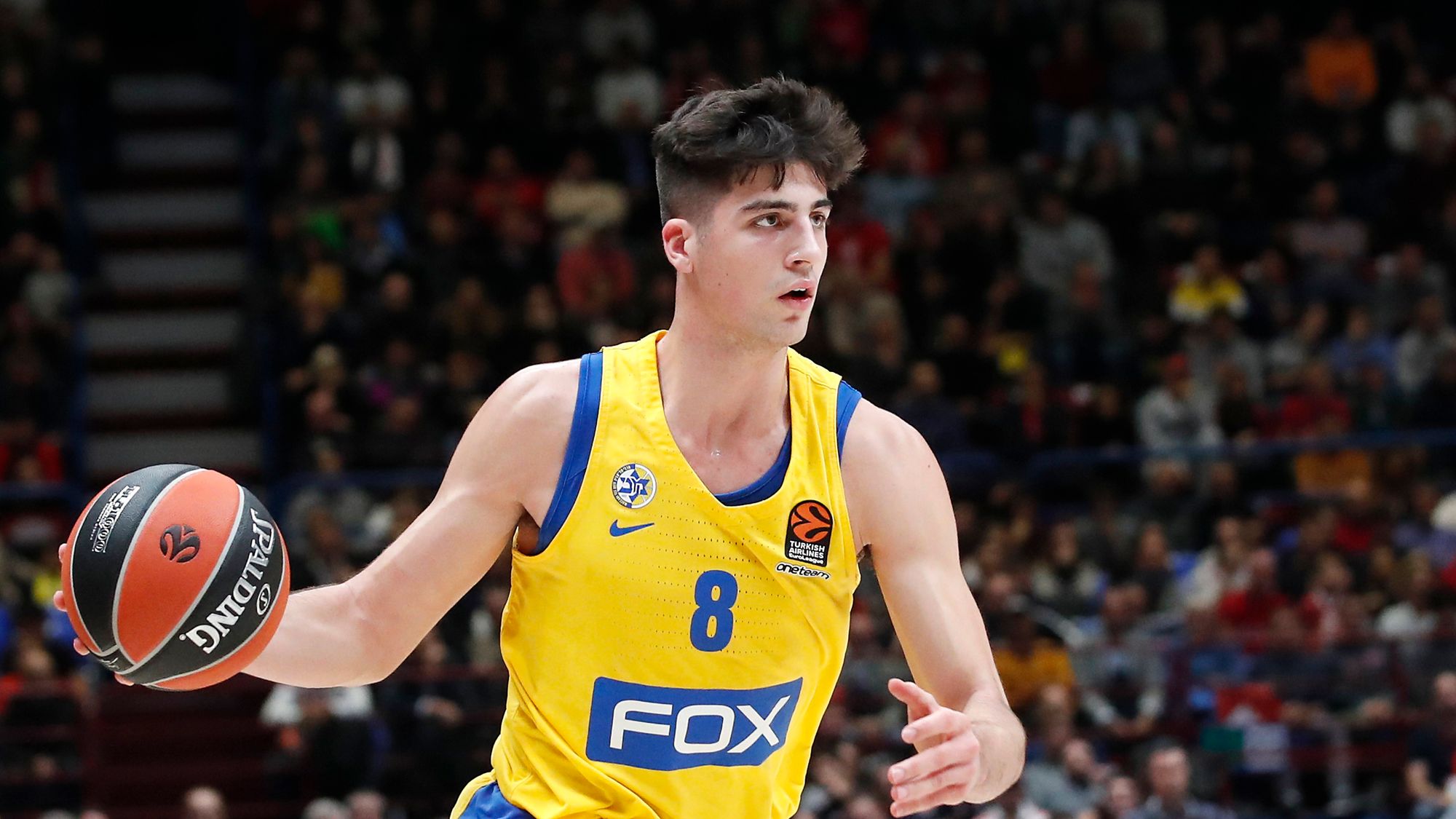 The Cavaliers front office and scouting team are due for a perfect decision this time around. After drafting Kyrie Irving with their first overall pick in the 2011 NBA Draft, it has not been so good for the Cavaliers in terms of their draft choices. In that same draft that they selected Irving, the team opted for an undersized center in Tristan Thompson instead of going for the likes of Klay Thompson, Kawhi Leonard and Nikola Vucevic. Of course, Thompson ended up as a valuable piece of their championship run in 2016. But looking back, a Kyrie-Klay backcourt tandem could have been their cornerstone for more than a decade.

In 2012, they decided to select a polarizing shooting guard in Dion Waiters. We cannot really blame the Cavaliers for taking this risk as a lot of scouts were high on Waiters and even compared him to a young Dwyane Wade. That draft class was not a stellar one anyway. Although the names of Damian Lillard, Harrison Barnes, Draymond Green, Khris Middleton and interestingly, their newly-acquired center Andre Drummond were taken after the Waiters pick.

It was in the following draft that the Cavaliers made their biggest blunder. In a class full of big-time names like Victor Oladipo, CJ McCollum, Giannis Antetokounmpo, and Rudy Gobert, along with quality players such as Steven Adams, Kentavious Caldwell-Pope, Dennis Schroder, and Mason Plumlee.

In a column written by cleveland.com’sChris Fedor, he traced Cavaliers’ wrong draft choices to the team’s priority of drafting for roster need. Fedor emphasized that the team cannot make that same mistake again, especially in this very shallow draft class.

“Position matters -- to some degree. The Cavs are trying to build the best possible team for the future. In order to do that, they have to at least consider fit. But position can’t be the driving force behind the decision, not if there’s separation among the prospects -- and I think there is.”

Fedor also went on to say that despite already having a bevy of talent and potential on the perimeter, the Cavaliers should end up going after the highest talent available – may it be a guard, a wing or a big.

“At this point, the Cavs don’t know enough about Darius Garland, Kevin Porter Jr.,Dylan Windler or even Collin Sexton. At least, not enough to bypass talented players simply because they play the same spot.”

Make no mistake about it. Those aforementioned names are not draft busts, at least not yet. Sexton is norming 20.8 points per game while shooting a stellar 38% clip from three-point territory. Garland hasn’t been spectacular as a rookie, but he is still putting up decent averages of 12.3 points and 3.9 assists per contest. Porter has injected his energy and scoring off the bench, while showing that he has the potential to be a two-way player down the road.

Should they get the top overall pick in this year’s draft, we see the Cavaliers zeroing in on Georgia’s Anthony Edwards and Illawarra’s LaMelo Ball. Both players are multi-dimensional scorers, and can play all three perimeter positions. Versatility is the key for success in today’s positionless basketball, and there aren’t a lot of names in this draft class that has that weapon on their arsenal.

So, how will the Cavaliers coaching and scouting team approach this good problem? Are they confident enough in either Garland or Sexton as their primary playmaker? If that is the case, then they could opt for Edwards. Between him and Ball, the Georgia product is the more aggressive scorer. His shooting form is already in good form, although he still has to work on his shot choices.

Or do the Cavaliers try to trade one of their ball-handlers? Even though he has been placed in the point guard role since college, it is obvious that Sexton’s first instinct upon touching the ball is to put it in the hoop himself. An undersized starting backcourt of Sexton and Garland will not work anyway, so trading one of them makes a lot of sense. Should Cleveland pursue this approach, then they should select Ball. The 6-foot-8 Ball has the natural playmaking ability in his DNA, and he has the knack for knowing when to attack the defense and go for a creative finish around the rim. Although he is yet to develop some balance in his jumper, he already has a good arc on his shot and his range extends far beyond the NBA line.

In the same column, Fedor reiterated that Ball’s multi-dimensional talent should very intriguing for the Cavaliers front office.

“There’s a strong case for the playmaking Ball as the best prospect in this class. He’s smart and skilled, with incredible vision and passing instincts. Even though one source described his shot as “broken” and another questioned his care level on defense, Ball has unique size that could allow him to play multiple positions. His skill set is different than Cleveland’s other guards, making the argument a bit more sturdy.

If he’s the top guy and the Cavs get No. 1, they can’t afford to bypass him simply because they used the fifth-overall pick on Garland last season and the eighth pick on Sexton two years ago.”

This will be a difficult decision to make for the Cavaliers, and we cannot blame them if they don’t get this perfectly right. But if they are looking for a shot maker who can also create for his teammates, Ball should have the advantage over Edwards.

Aside from their dire need for a natural playmaker, the Cavaliers need a versatile presence on the wing. Cedi Osman is a good three-point shooter and an adept shot maker, but his limitations on the defensive end hinders him from growing into a two-way player. Porter has the energy and talent, but it is also obvious that he is still raw and might be several years away from realizing his potential.

A few names prop up when talking about versatile wings in this year’s draft class, and among them is Deni Avdija. The 19-year old Israeli small forward has what it takes to be great on both ends of the floor, while also packing an excellent 6-foot-9 frame to his name. Bleacher Report’s Jonathan Wasserman recently squashed initial speculations that Avdija might still be soft on the defensive end, emphasizing that the young gun already has quick lateral movement and exerts tremendous effort in fighting through screens.

However, it is on the offensive end that Avdija does his most damage. The Athletic’s Sam Vecenie says that the Israeli hooper can facilitate offensive sets and also score the rock in off-ball opportunities.

"His feel for the game is quite strong, and he can play in ball-screens as well as use his 6-foot-9 frame's length to his advantage and score at the basket. He's a strong  passer who can play on the ball, and he has improved his ability to play away from it  this season. He needs to improve his left hand as a ballhandler if he's going to hit his ceiling as a playmaker, but there are a lot of tools here to buy into him as a starter-quality player at the NBA level."

Dayton’s Obi Toppin could also be a great choice, although he plays more on the inside. While it is expected that the Cavaliers will again put Kevin Love on the trading block, the minutes of Drummond and Larry Nance Jr can eat up on Toppin’s playing time. Cleveland can also look at other wing prospects like defensive-minded Isaac Okoro of Auburn or Iowa State’s Tyrese Haliburton.

There is also the question of James Wiseman’s fit with the Cavaliers. Is the team even considering him at this point? If Drummond changes course and decides to opt out of his expiring contract, Wiseman could enter the conversation. However, if the Cavs look for a big man prospect in the draft, Toppin should be their priority. The 2020 Naismith Trophy winner is the more polished player on both offense and defense, making him a better option than the Memphis Tigers athletic center.