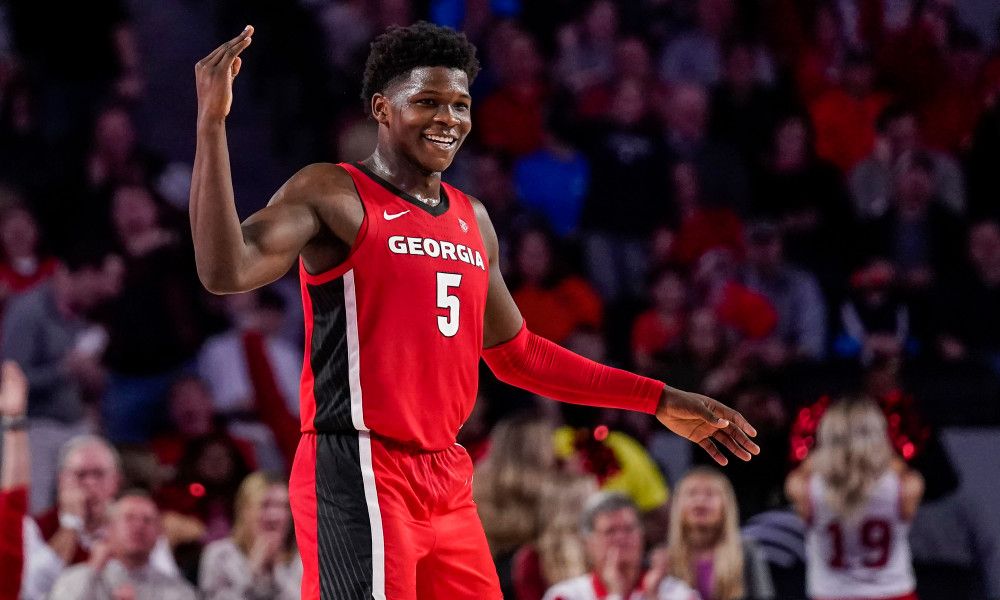 The great thing about this Warriors squad is that they get to retain their championship core for the years to come. Klay Thompson and Draymond Green both inked multi-year extensions last summer, and it is almost impossible that Steph Curry will spurn the Bay Area to play for another team in 2022. Andrew Wiggins’ hefty contract extends until 2023, although I don’t know if that is really a good thing for Golden State.

The Warriors also secured Kevon Looney’s services last offseason with a three-year, $14 million contract. The 24-year old center has been instrumental for the team in the playoffs, and he got rewarded with an extension. He has provided valuable intangibles and hustle, and he has shown a high level of discipline on the defensive end. His production has regressed this season, although that should not be a concern at all for the Warriors coaching staff.

However, Looney still poses more questions than answers right now. Is he really a starting caliber center for the Warriors? He has very limited offensive arsenal and he is a bit undersized when matched up against bigger centers like Denver Nuggets’ Nikola Jokic or Philadelphia 76ers’ Joel Embiid. Furthermore, rookie combo forward Eric Paschall has gained a lot of traction to have a more important role in the team next season.

During an appearance for The Athletic’s Tim Kawakami’s The TK Show, Warriors head coach Steve Kerr reiterated that he is already looking forward to permanently putting Draymond on the center position and partnering him with the versatility of Paschall.

“I think the league has changed pretty dramatically and I can see playing him more at the 5. I don’t think there would be any problem with that. You still have to have a roster that allows you to deal with the big 5s that are out there and we will absolutely address that. But you look from one game to the next, Draymond’s really not going to have too much of a problem guarding the other teams’ 5s. Because the big, huge guys,  they’re almost extinct.

I don’t think that’s really a big issue because if Draymond is on the floor, he just guards anybody he wants, because he’s that good. And if we decide to play him at the 5 and Eric at the 4, we’re going to have a lot of shooting on the floor next to those guys and playmaking. I think that’s a combination that could work. I think there’s no doubt that Eric is better at the 4 than he is as a 3, He’s more comfortable at that spot.”

But then again, will Green endure a whole season of playing at the five? Sure, Kerr is right that the traditional big man is becoming extinct. However, anchoring the defense is more than just protecting the rim. Green will be forced to exhaust himself on switching on to guards in defense, while also banging bodies with strongly-built centers like Embiid, Jokic and Hassan Whiteside to name a few.

To sum it all up, the Warriors still need a towering big man who can impose his presence in the paint. The team will not ask a lot from this potential center other than taking some off Green’s workload on defense while also having the ability to catch lobs and set solid screens on offense. The Warriors don’t require low post scoring skills from their big men because their sets are built on motion offense, ball movement and off-ball screens. It was the reason why Marquese Chriss, a high-leaping, high-motor big man, has been so effective for them this year.

If we are looking into filling in a big man role, James Wiseman could be the answer for the Warriors. The 7-foot-1 Memphis Tiger has shown that he can run with the best of them, and he has excellent hands in catching even the most difficult lobs. He has a high motor, and he also has a decent mid-range jumper to confuse the defense. But if we are looking at the consensus top five picks in this year’s draft, one can argue that Wiseman is the most raw of them. He does not have a go-to-move on offense, and he is still yet to develop good instincts on the defensive end.

When Kerr was asked by NBC Sports Bay Area’s Monte Poole about how he does his scouting on top prospects, it was obvious that the champion coach is looking into defensive awareness as a very important basis.

“What I look for is an awareness level at both ends. Does a guy box out every play, or does he watch the ball? Does he get beat back door? Is he aware of weak-side cutters? Does he get rid of the ball quickly, or is he a ball-holder? All those little things. And they’re much easier to pinpoint when you’re watching a specific guy rather than watching his team.

It’s always a two-way game when you get deep into the playoffs, but never more so than now. It’s so important to have two-way capabilities in the modern game. You’ve  got to be able to defend multiple spots, so we look for that. Can a big guy switch onto a guard and stay in front of him? Can a guard switch onto a big guy and have the strength to battle him? Are guys making the right rotations? The right   reads?”

With that said, it is hard to imagine Kerr zeroing on Wiseman as his prime target in the draft. Don’t take it all wrong. Wiseman has the high level of potential to be a star. But we are sensing that the Warriors will prioritize winning now than developing a very young rookie into a possible All-Star. Let’s not forget that their core of Curry, Thompson and Green is not getting any younger, so doing everything to be an elite contender again makes more sense. The Warriors could eventually flip this pick for another valuable veteran who will perfectly fit into their system.

Even though the Warriors boasted a top-heavy line-up when Kevin Durant was still with them, they also found a lot of success thanks to their roster depth. Their first championship of the decade came without Durant. Aside from their stars, they also had the likes of Leandro Barbosa, Harrison Barnes, Shaun Livingston, Andre Iguodala and David Lee providing much-needed support to the Splash Brothers. Iggy went on to win Finals MVP honors that year, a great indication that the team still relies more on their system than their individual brilliance.

Looking in on their current roster, Wiggins is a very intriguing piece in their puzzle. Wiggins can score the rock, there’s no doubt about that. But can he be an asset on defense and make the right winning plays on both ends of the floor? While we don’t expect Wiggins to become a solid lockdown defender, Golden State needs him to improve that facet of his game.

Should they get the top overall pick, the Warriors can look into tapping either Dayton’s Obi Toppin or Georgia’s Anthony Edwards. Both players have already developed a multi-dimensional offensive game, although it is in the defensive end that Toppins has an edge. The 6-foot-9 combo forward also has efficient shooting percentages from the three-point line and he has the potential to be a defensive stopper.

On the other hand, Edwards has the better package in terms of his offense. He can handle the ball well, can play all three perimeter positions, and he has the knack for making crucial shots under pressure. Bleacher Report’s Jonathan Wasserman wrote that Edwards’ talent is too much to pass up for the Warriors.

"The Warriors hole at center shouldn't factor into the equation based on their options. Unless they're convinced James Wiseman is the class' prize, Golden State wouldn't use a No. 1 pick on a rim runner who doesn't shoot, pass or defend away from the basket. They can find a cheap free agent for that.

Edwards finished his freshman year averaging 19.1 points and 2.8 assists,    distinguishing himself with advanced shot-creation, distance pull-ups, streak scoring and ball-screen playmaking. Even after the addition of Andrew Wiggins, Kerr could still use Edwards in a variety of ways to take more pressure off Stephen Curry and Klay Thompson."

Without their usual veterans on the bench, the Warriors will bank on the maturity of Wiggins, along with the development of young guns Jordan Poole, Damion Lee and Ky Bowman. If they manage to nab Edwards or Toppins in the draft, either players would immediately assume a sixth man role for the Western Conference defending champions.