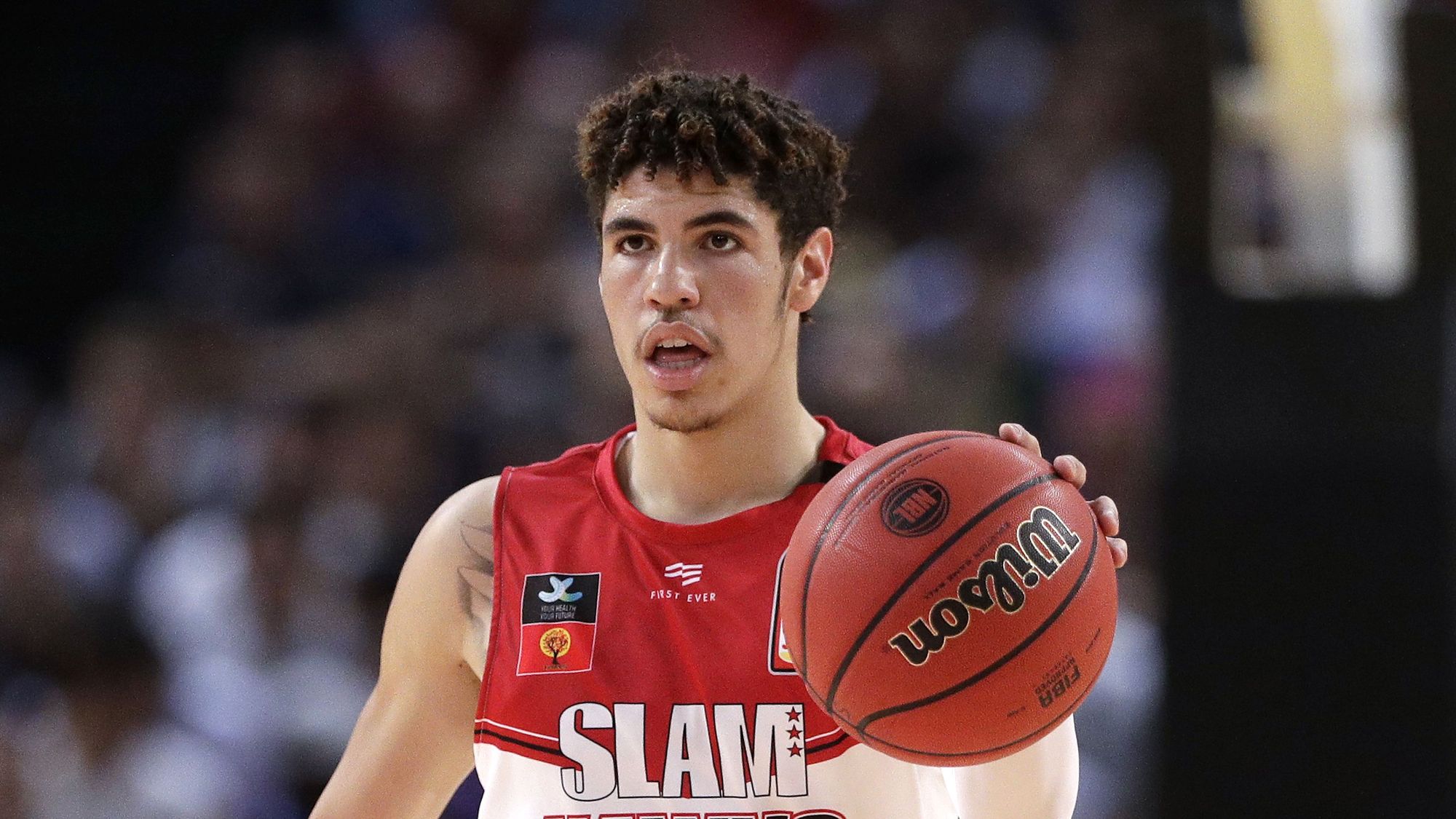 This Wolves squad is an intriguing blend of players with different unrealized potentials. They seem to have a good young player in every position, and they have two stars who can take the team to the top. Resident superstar big man Karl-Anthony Towns has been lobbying for the Wolves to make a move for his close friend D’Angelo Russell since the latter became a free agent last summer. But Russell’s former team, Brooklyn Nets, agreed on a sign-and-trade deal that sent the young point guard to the Golden State Warriors.

But we all knew that the Russell-Warriors partnership is an experiment doomed to fail. True enough, the Warriors placed D-Lo on the trading block and the Wolves expectedly lobbied their interest. The NBA has always been a superstar league, and the Wolves have two All-Stars who can be perennial elite players down the road.

Yet, we also know that a team’s supporting cast is vital for success. Roster depth and continuity were two factors that drove squads such as the San Antonio Spurs and the Golden State Warriors to multiple championships. The Wolves’ current supporting cast are filled with young talent but little veteran experiences. Their only proven veteran voice right now comes in the form of James Johnson, a versatile combo forward on both ends of the floor.

However, Minnesota makes up for it with a bevy of excellent perimeter players. Josh Okogie is a tough, defensive-minded swingman who provides the team with energy and lots of intangibles. But Okogie is a terrible shooter. He shot 28% from the three-point line last year, and followed it up with a lowly 26% clip this season. Rookie combo wing Jarrett Culver also fits the same mold of Okogie. He packs tons of potential but he is also shooting a measly 29% clip from beyond the arc.

It is in Malik Beasley that the Wolves are placing their high hopes on. They acquired the 23-year old gunner through a mid-season trade with the Denver Nuggets, and he has absolutely thrived in Minnesota. In 14 games with the Wolves, Beasley has upped his production to 20.7 points, 5.1 rebounds and a stellar 43% clip from deep.

But Beasley is also due for restricted free agency this offseason, and it is safe to say that he will have a bevy of suitors. As per The Athletic’s Jon Krawczynski, the Wolves are set to match any contract offer that the young 3-and-D hooper will receive.

“A lot of interest in Beasley’s future, and rightfully so. He has been a revelation since coming over in the trade, averaging 20.7 points, 5.1 rebounds and shooting 42.6 percent from 3 in 14 starts. The Wolves believed he had more to offer than what he could show in Denver, and so far they have been proven right.

The summer (whenever we get there) will be an interesting one for Beasley. He is a restricted free agent, and that means that the Wolves have the right to match any offer he gets. They traded their most attractive asset (outside of Towns) as part of a four-team deal to get Beasley, and he has only endeared himself more to them since arriving with his competitiveness. The Wolves will no doubt want to sign him to a  long-term deal to keep him around.”

If the Wolves front office succeeds in re-signing Beasley, they still need another scorer who can provide the needed offensive punch off the bench. If Georgia’s Anthony Edwards is still available when they make their pick, the Wolves have to take him. Edwards is probably the best balanced offensive threat out there, and he has shown flashes of his ability to facilitate half-court sets. Arizona’s Josh Green can also be an intriguing fit, but Edwards perfectly fits the bill for Minnesota.

Then there is the possibility of landing LaMelo Ball, hands-down the best playmaker in this year’s draft class. The fit could be a puzzle for the Wolves coaching staff to figure out, especially with Russell’s need of the ball to be effective. But there is not much wing talent in this class as most of them have weaknesses in shooting from long range.

Even though Ball is always looking to involve his teammates first, he also has the knack for finishing strong inside and his three-point shooting is not that bad either. But it is Ball’s potential dangerous combination with Towns on the pick-and-roll that should make the Wolves executives excited to land him. The team could run lots of screen sets for Ball and Towns, with Russell lurking as the secondary attacker. If the Wolves can develop Culver and Okogie into decent long-range marksmen or nab more shooters in free agency, their offense will be very difficult to stop.

If you look at the Wolves’ current roster, they still have a gaping hole at the power forward position. Towns is not much of a defensive threat, so he needs a defensive-minded frontcourt partner to make up for his weaknesses. It is a big part of Towns’ skill set that he needs to improve, but we should not expect him to immediately make a great leap on that facet next season.

The Wolves’ current names at the power forward position are as follows: Johnson, Jake Layman, Naz Reid and Jarred Vanderbilt. Johnson is a seasoned vet but his versatility ultimately lies on the offensive end. Reid is still a work of progress, and Layman’s strength is on his energy and three-point shooting but not on his knack for protecting the rim. Krawczynski confirms that a defensive four is the team’s big need right now, but there won’t be any affordable names in free agency.

“That is the kind of player they need, right? Someone who can slide in as the stalwart next to Towns and help anchor the defense while stretching the floor a bit to give the big man room to work down low if he so chooses. The name I’ve thrown around just as a descriptor would be a prime Serge Ibaka. Obviously that is hard to come by (the   Thunder famously traded James Harden in part because of Ibaka). Ibaka will be a free agent this summer, but the Wolves don’t have much money to throw around.

Jerami Grant from Denver would be great, but he will likely be priced out of the Wolves’ range if he does not return to Denver. Derrick Favors is past his prime, but his rugged defense might be a fit. He could play in Minnesota given how much Towns likes to pick-and-pop.”

Of course, they could manufacture a trade deal to land a defensive four but the Wolves don’t have much traction on that end either. Aside from Okogie and Culver, the team doesn’t have the valuable assets to entice another team. So, the team could look into this year’s draft class for this specific need.

If we are analyzing the top power forward prospects in the draft, Dayton’s Obi Toppin immediately comes to mind. He is an athletic forward who has the inside-outside game to complement Towns on the offensive end. He runs well, finishes strong and can step out to make three-point shots. Toppin is also a good passer off the post or within the motion offense. But it is on the defensive end that the 6-foot-9 prospect has difficulties on. He is yet to develop good help defense instincts, and his lateral quickness is not good enough to switch onto guards and cover well.

But Toppin is not a bad defender either. He has the verticality and mobility to cover bases and protect the rim. If he can utilize his athleticism effectively and learn how to communicate with his teammates on defense, he can be a valuable piece for the Wolves’ ambitions of seriously contending in the Western Conference.

Outside of Toppin, there aren’t much names that the Wolves can choose from. Memphis’ Precious Achiuwa and USC’s Onyeka Okongwu played primary center role for their respective teams, so it is still up in the air if they could transition well to the power forward position. The lottery is filled with defensive-minded small forwards who can occasionally play some minutes in the four, but none of them can really take some rim-protection responsibilities off Towns’ workload.

If the Wolves cannot bag Toppin, they should just focus their sights on filling this need through a trade or through the free agency.