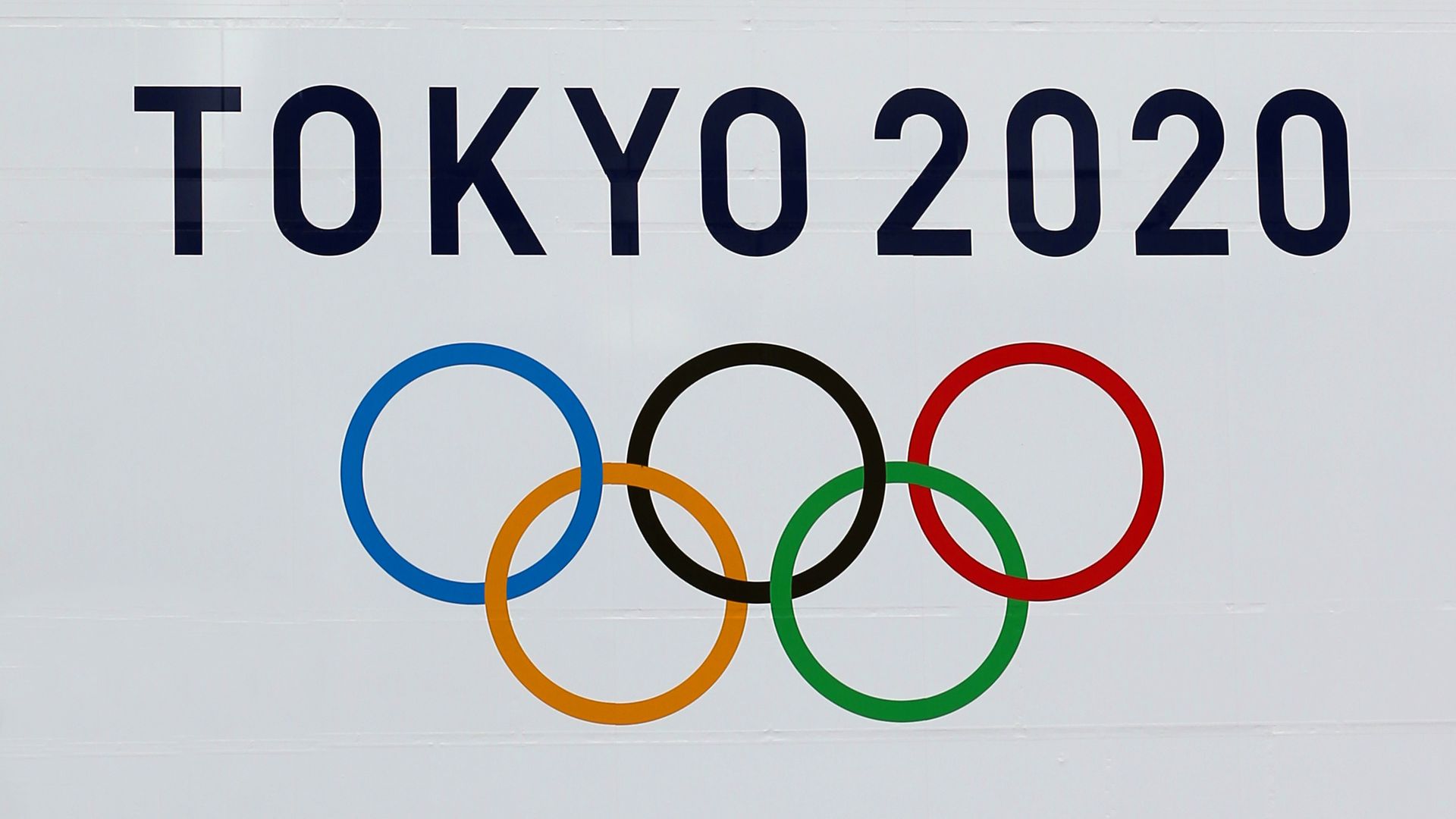 Grant set to prove and learn in first Olympic experience

Jerami Grant may be one of the surprise inclusions in this year’s version of the Team USA, but it does not mean that he is to be overlooked. Grant, who is coming off a career-best season with the Detroit Pistons, is one of the twelve American players who will be duking it out with the best basketball players in the world during the 2020 Olympic Games happening at Tokyo, Japan starting this month.

Grant, who just turned 27 years of age last March, was called up for national team duty after the lowly Pistons squad was booted out of contention for a playoff spot during the 2020-21 NBA season. Despite all the changes and the struggles that the Pistons franchise experienced this year, it is without a doubt that Grant’s fine play on both ends of the court was a very positive note in an otherwise disappointing season for the organization.

As Grant continue to ascend among the elite two-way players in the league, he will making his debut on the national team. As per an article written by Omari Sankofa II of the Detroit Press, Grant says that it is indeed a huge blessing that he was called up to the national squad. He also pointed out that the experience of playing with experienced and credentialed stars like Kevin Durant and Damian Lillard will certainly serve as a big boost to his individual development. While it is true that he will not be getting a big share of the playing time, every minute and second that he spend with these stars will definitely help him enhance his on-court skills and also his capacity and ability to lead a young team like the Pistons in the next NBA season.

"I was blessed when I got the call," Grant said. "It was an honor. I love to play the game, that's why I’m here. I was excited. I told my family, everyone was excited for me. This is going to benefit me, being around a group of guys that are this talented, being able to pick up the little things that they do, watching their movements and observing, things like that. It only can help me for my future.

I’m going to be playing a lot of defense, hitting open shots, being aggressive when I get the opportunity," Grant said. "I think that’s my role, a lot of energy, doing what I need to do, whatever I need to do to get this gold."

Grant was not even a first-round draft pick. During the 2014 NBA Draft, he was selected 39thoverall by the Philadelphia 76ers. But during that time, the 76ers were in a rebuilding stage that produced disappointing win-loss slates every year. Grant was inserted to the starting line-up in his first two years in the league, but many people did not pay attention as he was in a 76ers squad that fielded an underwhelming amount of talent on their roster.

After playing the first two seasons of his career with the helpless 76ers, Grant was moved to the Oklahoma City Thunder during the 2016-17 NBA season. In there, he would play more meaningful games as the Thunder was a contender for a playoff spot during his tenure there. It was during his third year in Oklahoma City that Grant established himself as a true starting forward in the league. During the 2018-19 season, the 6-foot-9 combo forward put up a stat line of 13.6 points, 5.2 rebounds, 1.0 assists, 0.8 steals and 1.3 blocks per contest, while producing a very efficient 39% clip from the three-point line.

Grant did not just become a two-way player, but he also improved his skill set and eventually grew into a capable 3-and-D combo forward, a type of player that has proved to be very valuable in today’s positionless type of basketball. That is the main reason why he became a highly sought-after player around the league, and the Denver Nuggets came calling his name the following season. Grant would become the primary defender in that team, and he quickly boosted his stock just in time for his impending free agency last summer.

His drastic improvement and body of work in the past couple of years eventually helped him land a big payday last offseason. He accepted a three-year, $60 million contract from the Pistons, leaving the Nuggets camp to the surprise of a lot of people. The Nuggets, who were coming off an appearance in the Western Conference Finals during the 2020 NBA Playoffs, were poised to reach greater heights with the continuous improvement of their star core in Jamal Murray, Nikola Jokic, and Michael Porter Jr. But while many was surprised on the Pistons’ massive contract offer to Grant, the team’s current general manager Troy Weaver revealed that Grant’s name was always at the top of their list during that offseason. As per James L. Edwards III of The Athletic, Weaver said that the team was banking on Grant’s versatility, and that was something that the combo forward definitely showed during his first year with the franchise.

Weaver also took the time to point out that the team did not fail to notice how hard Grant has worked to further expand his skill set on both offense and defense. Grant eventually showed to everyone that he is not just a 3-and-D swingman, but that he can also be a primary option when his team needs to put up the buckets.

“Jerami was a guy who was No. 1 on the list to go after. His versatility is growing. He has budding offense. More importantly, what he will bring every day to the Pistons. He’s a guy who comes in and works hard. He’s professional. He’s a great teammate. All the things we embody. The Pistons had two iterations of great teams, and Jerami could have played on both.

Jerami has really worked on his game,” Weaver said. “He’s become an outstanding 3-point shooter. There’s more there. He came here because it would be a challenge. I’m going to challenge him to become the best Jerami he can become. … I don’t campaign for players, but I’ll say this right now: This guy is worthy of being an All-Defense player, for sure. The defensive mindset, who he is, and the offense people were able to see blossom in the bubble, which he brings here now, along with his youth, just hit his prime — we’re excited about everything he brings to the table both as a player and a young man.”

It was a big risk that they took, but both Grant and the Pistons mutually benefited from the partnership. With the Pistons unloading veterans like Andre Drummond, Blake Griffin, Reggie Jackson, Derrick Rose, and Markieff Morris in the past couple of years, the rebuilding situation gave Grant enough platform to show off what he can do on both ends of the floor.

Grant grew right before our very eyes, and made the leap from an excellent role player to a borderline All-Star forward who can also be any team’s primary defensive weapon. This season, the lanky swingman put up a tremendous all-around stat line of 22.3 points, 4.6 rebounds, 2.8 assists, 0.6 steals, and 1.1 blocks per game, pushing his case as a frontrunner for the Most Improved Player of the Year award that New York Knicks star power forward Julius Randle rightfully won.

Still, there is a sense that Grant has a lot of room left to improve. His ability to create shots needs more polishing, as well as his ability to involve his teammates more. Of course, much has been asked of him already, especially given the fact that he is also defending the best perimeter player on the opposing team. You can’t put a lot of workload on a single player, but it is without a doubt that Grant is not complaining about the assignments given to him.

In a column written by Jonathan Tjarks of The Ringer, he pointed out that during the Nuggets’ deep playoff run in 2020, Grant took it upon himself to always defend the best player on the opposing team. Tjarks mentioned that in that playoff run, the Nuggets gave Grant the difficult tasks of defending the likes of Kawhi Leonard, Donovan Mitchell, LeBron James, Anthony Davis, and Paul George. That definitely speaks about the level of versatility that Grat has as a defender.

The best way to see Grant’s value is to look at the players he defended in the playoffs. Per NBA Advanced Stats, Grant’s three most frequent assignments were Kawhi Leonard, Donovan Mitchell, and LeBron James. Anthony Davis was no. 5, and Paul George was no. 7. The list of players who can match up with combo guards like Mitchell, supersized wings like LeBron and Kawhi, and new- age big men like Davis is incredibly short. And there is no real list for players with that kind of defensive versatility who can also shoot as well as Grant did from 3 last season (38.8 percent on 3.5 attempts per game).

Grant is exactly the type of player the Nuggets need around Nikola Jokic and Jamal Murray. Their two young cornerstones are offensive-minded players who need their supporting cast to space the floor and guard players like LeBron and Davis. Grant comfortably switched assignments when defending the pick-and-roll between the Lakers’ two superstars in the playoffs, making their bread-and-  butter play considerably less effective. The forward’s combination of size (6- foot-8 and 210 pounds with a 7-foot-2 wingspan) and athleticism made him the perfect counterpart to Jokic up front.

Along with Grant, Lillard and Durant, this year’s version of the Team USA basketball roster is composed of Bam Adebayo of the Miami Heat, Bradley Beal of the Washington Wizards, Devin Booker of the Phoenix Suns, Draymond Green of the Golden State Warriors, Jrue Holiday and Khris Middleton of the Milwaukee Bucks, Zach LaVine of the Chicago Bulls, and Jayson Tatum of the Boston Celtics.

Booker, Holiday and Middleton are yet to participate in the practices of the national team as they are still in the thick of the match-up between the Suns and the Bucks for the right to hoist the 2021 Larry O’Brien championship trophy. The Suns, behind the brilliance of Booker, Chris Paul, and Deandre Ayton, are currently holding a 2-0 series lead, and now two wins away from giving the Suns franchise their first ever taste of the NBA championship.