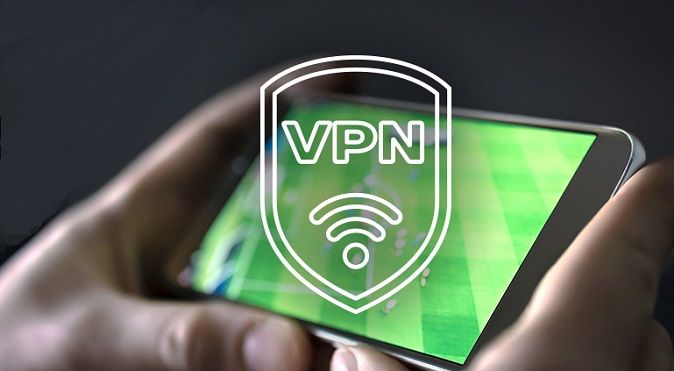 3 Reasons Why a VPN Is Essential for Every Sports Fan

Let’s be honest; nothing in the world seems to move people quite like professional sports. From tennis to soccer and basketball to hockey, fans simply love to watch their favorite teams play.

However, what happens when you can’t access your regular sports stream because you’re away from home, or what if your internet service provider decides to throttle your internet connection so you’re unable to buffer your video? Yep, that’s not good news.

By now, you’ve probably already heard about VPNs and how they’re great for protecting your online privacy, but did you know these handy tools can also prove vital when it comes to your sports viewing?

What is a VPN, and how does it work?

Before we look at how a VPN can help improve your sports viewing, it’s important you first understand what one is and how they work.

A VPN, or Virtual Private Network allows you to securely connect to a private network from a public internet connection, giving you anonymity by masking your regular IP address. This makes your online activities untraceable.

In other words, the VPN encrypts your browsing data and bypasses your internet service provider. Depending on the VPN service you choose, you can select a server from almost anywhere in the world to give the impression that you’re surfing the web from that country, which comes in very handy for all you sports fans out there.

With that said, let’s take a look at the top three reasons why all sports fans need to start using a virtual private network ASAP.

If you’re an avid sports fan, chances are you want to watch your team play no matter where you are in the world. Whether that means waking up at ungodly hours of the night or staying up while everyone else is in bed, sometimes you just gotta do what you gotta do. However, depending on where you’re located, you may not be able to access your regular sports channel due to the geo-restrictions that TV stations place on their content.

Even if you pay good money for a subscription to your sports network, it will count for sweet nothing while you’re overseas. So how do you get around this?

All you have to do is log in to your home country’s VPN server and start watching your program as you would if you were at home. If you were previously greeted with an error message due to your location, they should disappear once you connect to the server.

CyberGhost VPN’s sports streaming is awesome as they have over 6800 servers in 90+ countries, so wherever you are in the world, you will always be able to access your favorite sports channels and support your team no matter what. They even have dedicated servers just for unblocking popular sports streaming services such as ESPN and Eurosport, which is a nice touch.

Countries such as China, Russia, Turkey, and most of the Middle East are famous for their heavy-handed approach to censorship, which is not great news for sports fans that reside there. Surprisingly, even in western countries such as the UK, some sports streaming websites are blocked by internet service providers, resulting in fans not being able access online streams to important sporting events.

However, as you might have guessed, logging into your VPN will bypass these government blocks and allow you to tune in to your favorite sports streams with ease.

One of the more subtle ways internet service providers prevent you from streaming online content is by throttling your internet connection. Throttling is simply another term for “slowing down” and is a tactic that ISPs use to manage network traffic and regulate bandwidth congestion on their servers.

Have you ever noticed that your internet connection seems to work absolutely fine until you come to stream a sports event? You finally sit down to enjoy the game only to find your stream stops to buffer every thirty seconds, leaving you to miss out on half of the action. If that sounds like you, you’re probably being throttled.

Since a VPN encrypts your online data and hides everything you’re doing online, your ISP won’t be able to recognize that you’re streaming live video, which means they won’t have any reason to throttle your connection.

Things to consider when choosing your provider

Lastly, it’s important to understand that not all VPNs were made equal. Here are a few things to watch out for when choosing your provider.

Some VPNs drastically slow down your internet connection due to their servers becoming overloaded. This makes it almost impossible to watch a live stream. Stick with a paid subscription to secure the fastest speeds.

After enough time, the sports stations get wise to what’s going on and will eventually blacklist the VPNs IP address. This means you won’t be able to access the site using that particular server. However, this is no issue if you use a trusted company such as CyberGhost. If one server doesn't work, just choose from another one of their list of 6800.

For the most part, it would be wise to stay away from free VPNs as they aren’t always the most trustworthy. They’ve been known to use poor levels of encryption, leak personal data, and even install malware and other malicious software on your devices.

A VPN is simply a must have for any serious sports fan out there. They’re relatively inexpensive and prove useful in a wide range of situations when you’re looking to stream sports. Not only that, but once you’ve finished watching the game you can keep your VPN switched on so you can enjoy secure browsing at all times, keeping your personal data safe and securing your online privacy.