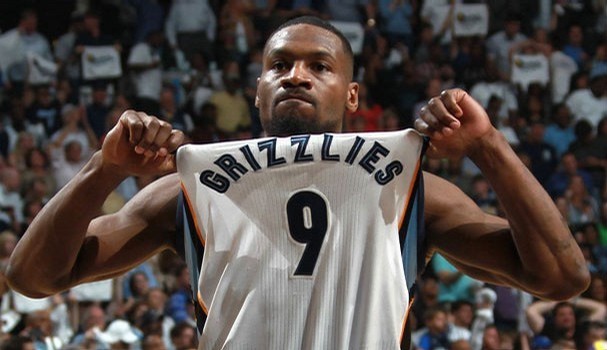 Absolutely, The Grindfather’s Jersey Should Be Retired By The Memphis Grizzlies

When the Memphis Grizzlies announced that they were going to retire Tony Allen’s #9 jersey, many people were surprised. Aside from 6 All NBA Defensive Team awards and winning one NBA title, Allen hasn’t achieved anything else nor has he put up significant numbers to probably deserve such honor. They may have a point. But those people were of course, not from Memphis and do not know what Tony Allen means to the franchise, to the city in general.

There is no laid out criteria or qualifications for having one’s jersey number to be retired. The Miami Heat retired #23 in honor of Michael Jordan even if Jordan didn’t even play a single game for the franchise. The Orlando Magic and Sacramento Kings even retired their jersey number 6 in honor of their fans.

The Dallas Mavericks retired the jersey of Brad Davis, who never made it to an All-Star team. Non All-Stars like Larry Steele, Lloyd Neal and Bob Gross were retired by the Portland Trail Blazers. Even the legendary Boston Celtics retired the numbers of Cedric Maxwell and Jose Loscutoff. Both were never All-Stars and Loscutoff averaged 6.2 points and 5.6 rebounds per game during his 9 year NBA career.

Not Necessarily An All-Star 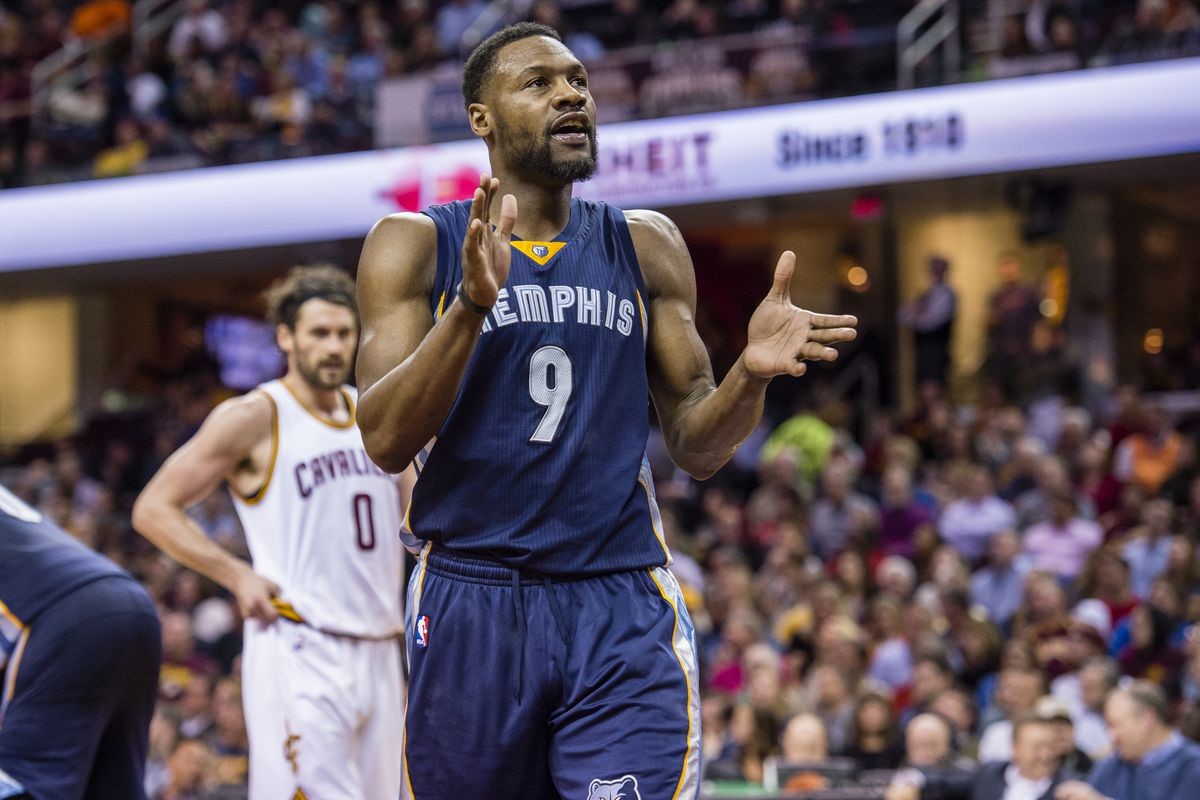 Defining a franchise is such a very vague phrase. Honestly, it’s hard to put a criteria on that nor is it easy to list down the qualifications to achieve such feat. It is best if we tell the story of the franchise to know it’s history and how one man’s arrival changed all that, for the better.

After playing a key bench role during the Boston Celtics’ 2008 championship run, Tony Allen signed a three year deal worth $9.7M with the Memphis Grizzlies. The Grizzlies had missed the playoffs four season in a row mainly because of poor defense. Getting a defensive specialist in Tony Allen was the cure. Right off the bat, Allen and the Grizzlies were a perfect match. 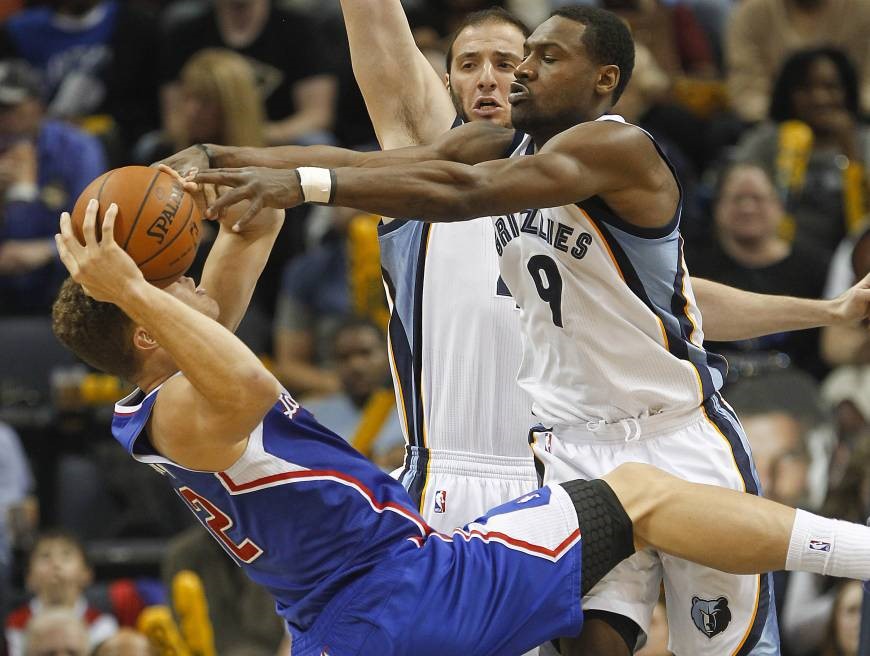 30, 29, 20 and T-23. Those were the league ranks of the Memphis Grizzlies in Defensive Efficiency in the four seasons prior to Tony Allen’s arrival. They zoomed up to #8 in that same category during Allen’s first season with the team. 7, 2, T-7, 4, 19, 7. Those were the Grizzlies’ rank in Defensive Efficiency in the next six seasons with Tony Allen on board.

Save for the 2015-16 season, the Memphis Grizzlies became a Top-10 Defense when Tony Allen came to town. Their much improved defense complemented their offense. The team went to the NBA playoffs for seven consecutive seasons, advancing past round one in three occasions.

Prior to Allen’s tenure, Memphis only had three winning seasons in 14 years of NBA existence. They’ve been over the .500 mark in each of the seven seasons Tony Allen was on the team, winning 50 or more regular season games in three instances, including the all-time franchise best of 56 games in 2012-13 where they went all the way to the Western Conference Finals. Sure, the Grizzlies never made a single Finals appearance with Tony Allen. But his defense and championship experience made the franchise a winner and gave it an identity it will carry along for the rest of its existence.

Birth Of The Movement 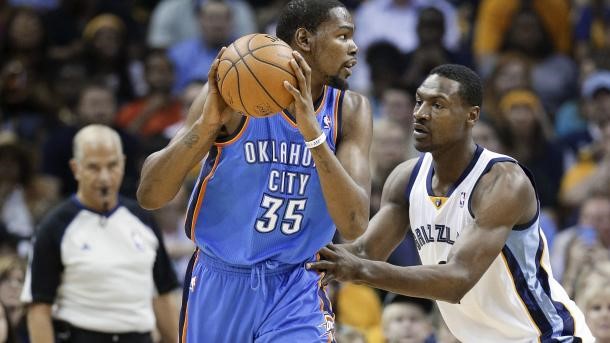 On February 8, 2011, the Memphis Grizzlies played a routine regular season game against the Oklahoma City Thunder. With Rudy Gay injured and O.J. Mayo suspended, Tony Allen got the starting job at the two guard spot. At that time, newcomer Allen was having a hard time finding floor time while playing behind Xavier Henry and Sam Young. As they say, legends are born in times when we least expect it.

Allen scored 27 points on 9-12 shooting, leading the undermanned Grizzlies to a 105-101 win over the Thunder, who at that time, boasted a line-up led by Kevin Durant, Russell Westbrook, James Harden and Serge Ibaka. Durant scored 31 points in that game, but Allen held him scoreless during the overtime period. And then there was this:

Sorry for the video quality, it’s the only one of that interview that we could find on the web. That emotional Tony Allen interview was the birth of the movement. “All heart, grit, grind”. It wasn’t something Tony Allen coined, definitely. It was spontaneous, a spur of the moment utterance. It became the cornerstone of “Grit and Grind’ And Tony Allen? He became the Grind Father.

A Way Of Life

Welcome to the era of social media. Grit and Grind wasn’t created by the franchise. The phrase just sprung out from the internet. From the media. From the fans. And with it, countless more phrases depicting the kind of defense and toughness that the Memphis Grizzlies have embodied inside the basketball court.

Now, it’s become more than just a team mantra. It’s a way of life in Memphis, at least in basketball. You can’t go to any other basketball city around the world and call it ‘Grit and Grind’ city. Grit and Grind belongs to Memphis. The home of the Memphis Grizzlies will forever be the Grindhouse. And Tony Allen the Grindfather for all of eternity.

Not every basketball fan will appreciate Tony Allen the way Grizzlies fans will forever adore him. His numbers are underwhelming: 8.9 points, 4.3 rebounds, 1.4 assists and 1.7 steals per game in seven seasons in Memphis. But factor in the fact that Allen made the NBA All-Defensive Team six times in seven season, three in the first team and three in the second team, one may change his mind about Tony Allen. Seven consecutive playoff appearances anchored by tough defense? That’s pretty special right there. 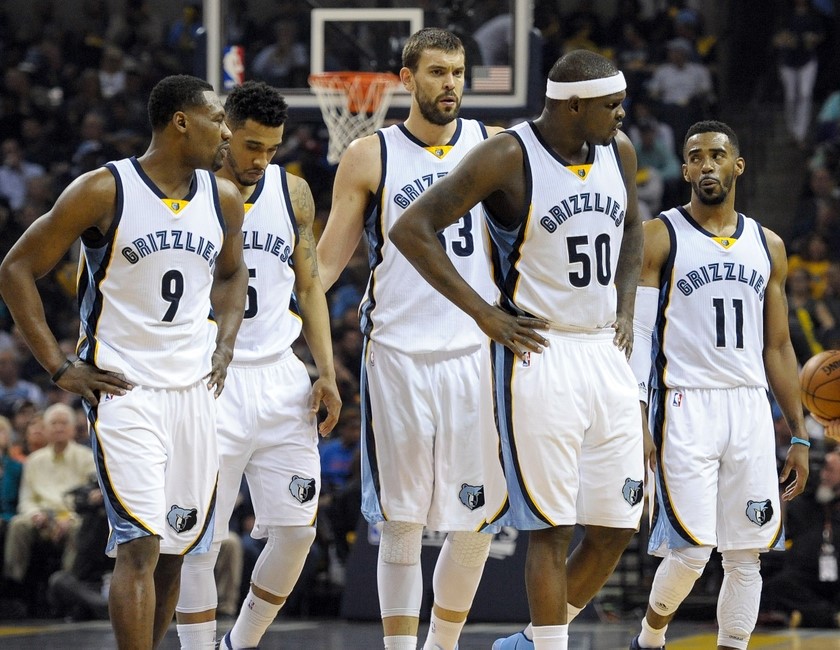 Sometime in the future, the jersey numbers of Allen, Zach Randolph ( whose jersey the Grizzlies will also retire together with Allen ), Marc Gasol and Mike Conley will hang next to each other on the Memphis rafters. These four players are known as the ‘Core Fore’ and they were responsible for putting Memphis on the NBA’s basketball map.

Sadly, only Gasol and Conley remain with the team when the 2017-18 season begins. Randolph signed with the Sacramento Kings during the offseason while Tony Allen was picked up by the New Orleans Hornets. Sad to see the four split, but that’s the reality in pro basketball. Nothing is constant except change.

Some say ‘Grit and Grind’ died with the departure of Allen and Randolph, the Grizzlies’ defensive anchors during this playoff run. In some ways, they may be correct. But in the hearts of every Grizzlies fan, Grit and Grind will live forever. As will Tony Allen. Hanging Allen’s jersey #9 on the Grizzlies’ rafters is just a token act, really. Because Tony Allen and the Grit and Grind movement are forever embedded in the history of Memphis Grizzlies basketball.