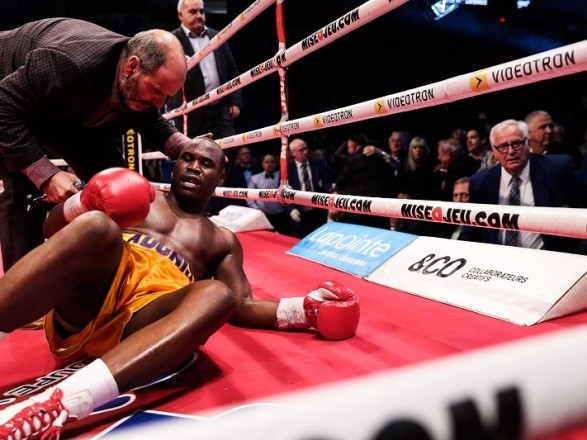 While the boxing world debated on who won between heavyweight giants Deontay Wilder and Tyson Fury, we received sad news miles away from Canada after learning that longtime WBC light heavyweight champion Adonis Stevenson was critically injured during his own title bout on Saturday night.

Stevenson was making the 10th defense of his world title against the unbeaten Ukrainian Oleksandr Gvozdyk at the Videotron Centre in Montreal, Quebec in Canada. The fight had gone relatively well for Stevenson despite the fact that he went down in round three on an incident that was ruled as a slip. Stevenson had his best work in round six when he threw a flurry of body punches that shook his opponent. The champions controlled the fight by keeping it in the center of the ring most of the way. It looked like it was going to be a boring finish but the action picked up after round nine.

In the 10th, Stevenson hurt Gvozdyk with a powerful left hand that sent the challenger wobbling near the ropes. But Gvozdyk survived because of the ropes and because he was able to clinch. Interestingly, the Ukrainian finished strong and was able to land a series of big blows on Stevenson that had him pumped up for the 11th frame.

Gvozdyk again landed several big blows early in the 11th round that had Stevenson wobbling in the corners. Superman appeared to have recovered but a second barrage from the Ukrainian boxer shifted the momentum of the fight. A third onslaught saw Gvozdyk land a dozen or so blows without a single answer from the Canadian champion. Referee Michael Griffin called a halt to the bout.

Stevenson stayed down for a while before ultimately sitting on a stool brought inside the ring. He needed assistance to go the the dressing room. Inside, Yvon Michel said he was able to speak to Stevenson. Michel said that Stevenson looked like he was dazed but was slowly regaining his spirits.

Hospitalized After The Fight

But Stevenson’s condition worsened after he left the locker room. He was seen departing the Videotron Centre in an ambulance. We were then told that he was transported to the l’Enfant-Jesus de Quebec hospital which specializes in head trauma and neurosurgery. Later, what we first thought was just a routine precautionary measure on the part of his team became terrible news. Speculation then ran fast in the internet and the next thing we heard was that Stevenson was in critical condition and in a coma.

During the post fight press conference, the 31 year old Gvozdyk told reporters that he had spoken to people at the hospital and that he was told that Stevenson arrived there “confused” and that a “concussion was suspected”. The new champ added that the incident was “ very disturbing”.

Following several hours of rumors however, news of Stevenson’s real condition slowly emerged. French media outlet RDS was one of the first to give a concrete update about Stevenson’s condition. Translated to English, the report said:

“Initially placed under observation for six hours, Stevenson’s condition appears to have deteriorated to the point of resorting to an artificial coma, which may be induced for anesthetic purposes, in cases of hematoma or cerebral hemorrhage, to reduce pressure on the brain and reduce pain during the treatment phase.”

“A health professional who requested anonymity then explained to RDS.ca that the available information is too fragmented and that any comment on Stevenson’s state of health or possible consequences is pure speculation for the moment.”

A day later though, there was better news from Stevenson’s manager Yvon Michael who wrote via Instagram:

”The state of Adonis has gone from criticism to a shift towards stability from yesterday to today which is, under the circumstances, good news,” promoter Yvon Michel wrote in French on Twitter. “He regains his strength in controlled sedation. All his family, his wife Simone and Groupe Yvon Michel warmly thank the many people who take the time to send comforting messages.”

The news is still not good but it’s better, considering Stevenson’s condition has been upgraded to stable from critical. However, Superman still needs the prayers of the entire boxing world to recover from this unfortunate incident. 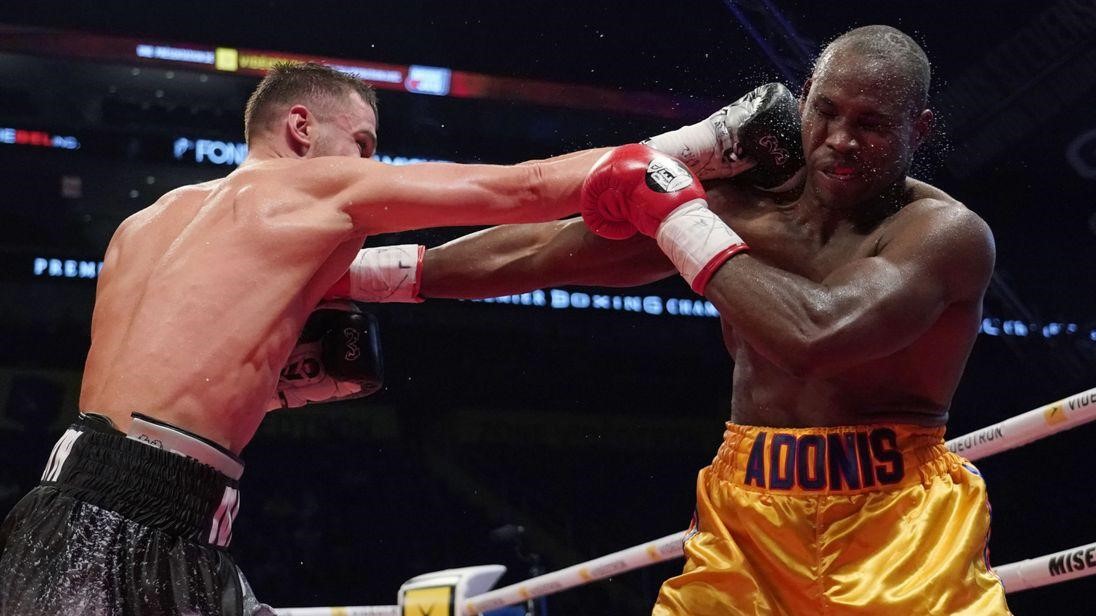 Stevenson’s case is just an example of how cruel the sport of boxing can be to any fighter, regardless of stature. Stevenson had reigned as WBC light heavyweight champion since 2013 and he was making the 10th consecutive title defense on Saturday night. Stevenson retained his title after a majority draw against Badou Jack last May 19th.

Stevenson had not lost a fight since getting knocked out by Darrell Boone in 2010. He was 16-0-1 with 14 knockouts since that loss which he avenged via 6th round TKO in 2013. Stevenson was 9-0-1 in 10 world title fights and this included his 76 second title winning performance against Chad Dawson in 2013.

Stevenson was always criticized for ducking big names like Andre Ward and Sergey Kovalev. Despite that, Stevenson took care of his business impressively. Taking on a stud like Gvozdyk who had nothing to lose and everything to gain was a big risk. Gvozdyk was a former Olympic Bronze medalist from the 2012 London Games and he entered the fight an unbeaten 15-0 with 12 knockouts. He had won 8 consecutive bouts by knockout before being taken the full route in a 12 round interim WBC light heavyweight title fight against Mehdi Amar last March 17th. Gvozdyk may have not been a big name like Ward or Kovalev, but he was younger and was a hard puncher, something that already looked like a red flag before the incident happened.

Despite getting up there in years, Adonis Stevenson appeared ageless and he fought younger than his actual age. However, as they say, father time is unbeaten and age has finally caught up with Stevenson. Unfortunately, it caught up with him in a tragic manner like this. Let’s all hope and pray that Adonis Stevenson fully recovers from this injury.