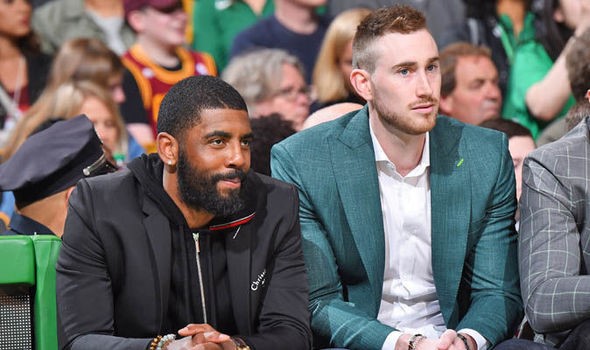 Injuries took away what could have been a special season for the Boston Celtics.

Last season, the Celtics embarked on a title winning mission by acquiring two All-Star players during the free agency period. First, they signed Utah Jazz forward Gordon Hayward to a four-year maximum contract worth $128M. Hayward played for Celtics’ head coach Brad Stevens in college and when Hayward’s contract with the Jazz ended after the 2017 season, it was expected that he would seek a Butler reunion with Stevens.

The following month, the Celtics engineered a trade that sent Cleveland Cavaliers starting point guard Kyrie Irving to Boston. Irving had become disgruntled in Cleveland and demanded a trade. Boston gave up guard Isaiah Thomas, Jae Crowder, Ante Zizic, a 2018 first rounder and a 2020 second round pick from the Miami Heat.

But as fate would have it, Hayward’s season would end after just five minutes. Coincidentally, it was against the Cleveland Cavaliers on opening night and Cleveland when we witnessed one of the most horrific injuries ever captured on live TV. Hayward broke his leg after a nasty fall and would miss the rest of the season. Though lacking one All-Star, the Celtics still played like title contenders because of Kyrie Irving.

Irving led the Celtics to the top of the Eastern Conference standings. But after 60 games and after averaging 24.4 points and 5.1 assists per game, Irving’s season was over after he was shut down with a recurring knee injury. Already without their prized preseason acquisitions who were without doubt their top two players, the Celtics still fought like champions and were able to reach the Eastern Conference Finals.

Even without Irving and Hayward, the Celtics gave the Cleveland Cavaliers a better fight than the previous season. Boston even had a 3-2 lead in the series but in the end, more than LeBron James having one of his best postseasons ever, it was the absence of a go-to guy that led to Boston’s defeats in Games 6 and 7.

Cleveland would go on to suffer another defeat at the hands of the Golden State Warriors in the 2018 NBA Finals. LeBron James left Cleveland for the Los Angeles Lakers during the summer. Recently, Kawhi Leonard was traded from the San Antonio Spurs to the Toronto Raptors and now we have a brand new picture in the Eastern Conference.

As for the Boston Celtics, they didn’t add a significant piece. However, Irving and Hayward rehabbed the entire summer and now, with less than a month to go before the start of training camp, Boston’s top two players are ready for the grind, again.

According to Celtics’ President of Basketball Operations Danny Ainge, both all-stars are at full strength and would be 100% ready if training camp began today. Said Ainge to ESPN on Monday:

"I don't want to hype it up too much, but I'm saying that if our training camp were starting today that they would be here today going full speed," Ainge said. "It's not like they need an extra month. I think that they know they have an extra month, so they are sort of pacing themselves. They're playing as if to build up to that opening day of training camp [Sept. 26]."

"They'll both be here within the next week or so; by the time Labor Day is over, they will all be playing 5-on-5," Ainge said of Irving and Hayward. "I think it's just a matter of, if they're not playing 5-on-5 now, then it's only because they want it more of a controlled environment, I guess. They're doing everything -- dunking the basketball off both legs and playing one-on-one live and jumping and cutting and defending. I'm excited for them."

Ainge isn’t the only one excited about this prospect. The rest of the team is also excited to get their go to guys back. Earlier in the month, guard Terry Rozier-who was one of the players who stepped up for the Celtics in last season’s playoffs, expressed confidence that the team can truly be special next season. With Boston retaining most of their 2017-18 line-up that ferociously challenged the Cavs in the Eastern Conference Finals, things do appear to look bright for the men in green this season.

Last month, Hayward also expressed optimism about their chances in the Eastern Conference, especially with LeBron James going to the West. Said Hayward during an event for “Call of Duty: Black Ops 4” in Boston:

"There were some surprises last year in the East, and there are still going to be teams that have young talent that gained a lot of experience last year that will be tough matchups for us. That said, I'm confident that we've got everything we need to make the run at the whole thing."

Rest Of The Team Stepping Up 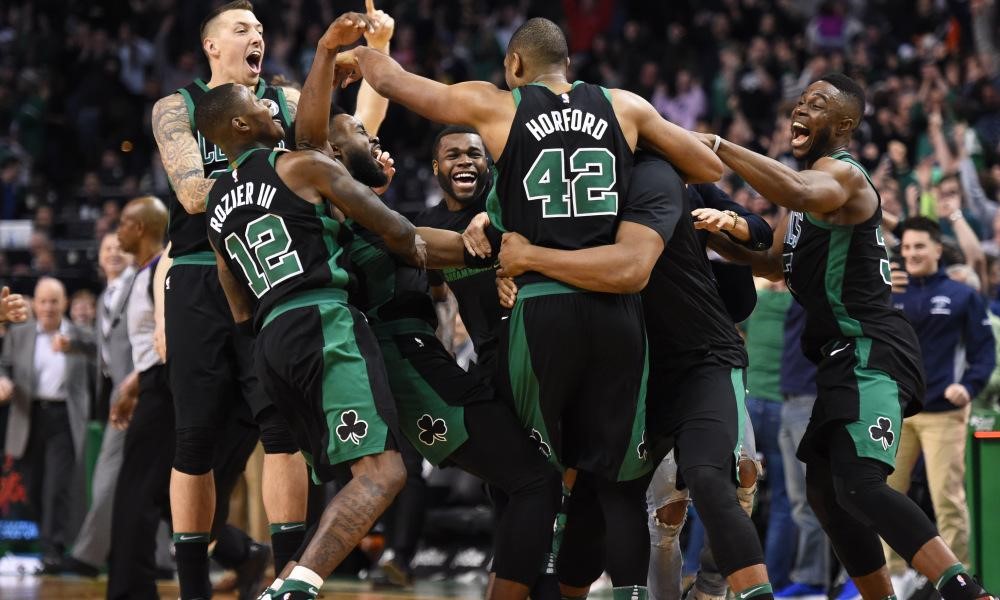 For the Celtics, sophomore forward Jaylen Brown unleashed his potential after he was given most of the minutes that were supposed to be for Hayward’s last season. Brown more than doubled his rookie scoring average by putting up 14.5 points per game during the 2017-18 regular season. He even upped it a notch higher by averaging 18.0 points per game during the playoffs.

Guard Marcus Smart also came off injury to play a big role for the Celtics, especially on defense. Forward Marcus Morris provided Boston with plenty of scoring while big man Aron Baynes became a surprise scorer, especially from behind the three point line during the postseason. Semi Ojeleye and Shane Larkin also provided sparks off the bench for the injury riddled Celtics.

And yes, who could forget Big Al Horford who made all of us remember during the playoffs that Boston still had one All-Star player left in the team. Horford, who gave up much of his offense in previous seasons, proved to be the steady force that kept Boston together during their playoff run. Most of us remember Big Al to be the defensive anchor of the Celtics but he was an All-Star in Atlanta before coming over to Boston. During the playoffs, Horford was Boston’s MVP as he didn’t just provide points and rebounds but he filled the leadership void left by Irving and Hayward.

Ready For The Celtics?

The Celtics are getting all these players back. With Kyrie Irving and Gordon Hayward also returning plus a genius of a tactician in Brad Stevens calling the shots, this team is a genuine title contender, hands down. Added Danny Ainge:

"I'm really excited about the upcoming season with [Irving and Hayward]," Ainge said. "Obviously, there's a transition from rehabbing to playing one-on-one to playing 3-on-3 to 5-on-5 and then playing NBA basketball, so I don't want to build up expectations too high. I think there will be a little bit of an adjustment once that last phase is made. But physically, they look great, and I think they're very excited about the upcoming year."

Well obviously, this is good news for Celtics fans: Kyrie and Hayward are ready for training camp. The question though is with all their horses ready for battle, are the rest of the teams ready for the Boston Celtics?