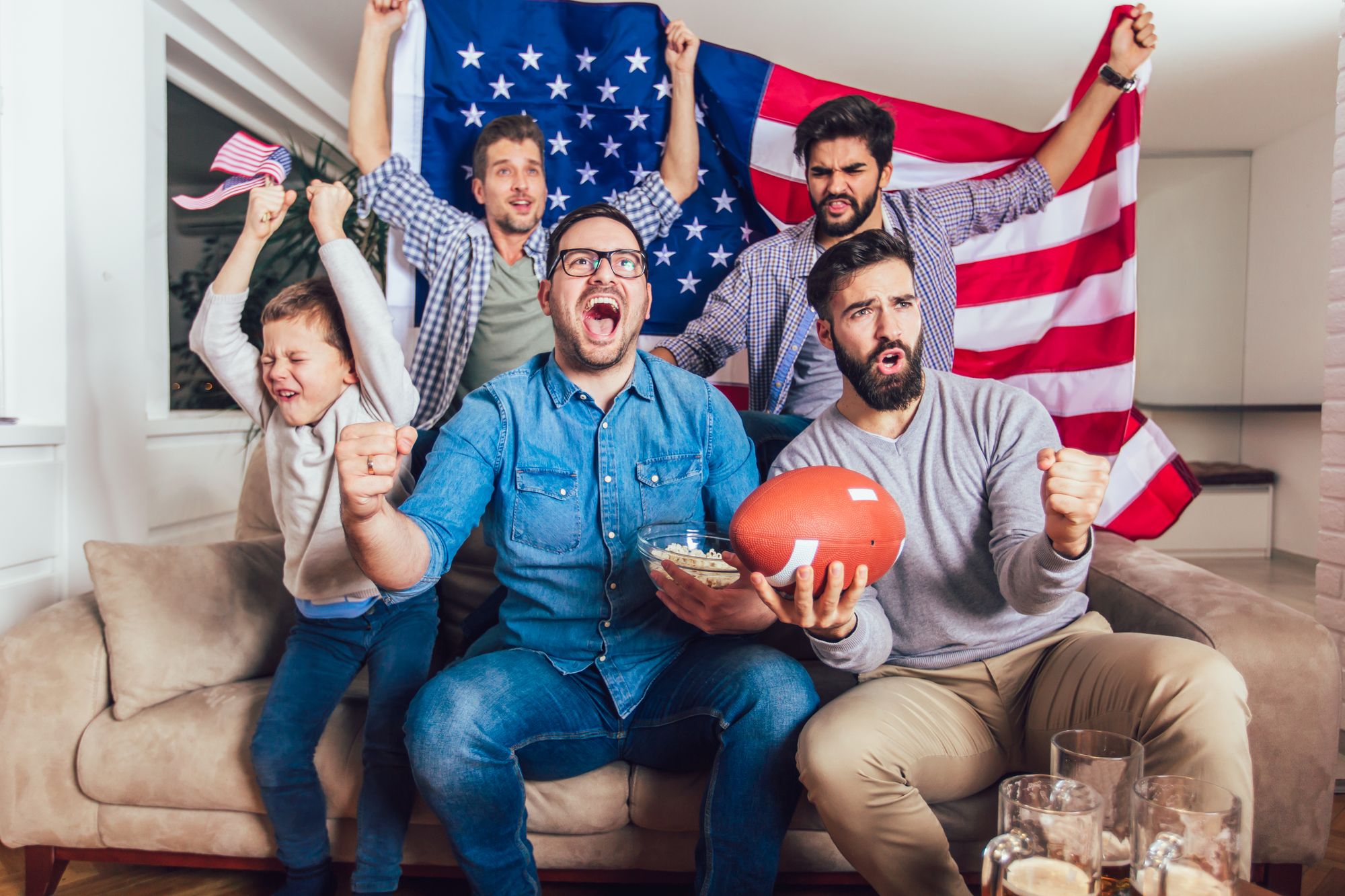 Is there anything more American than football? No other sport can attract as many spectators as America’s favorite sport. 112,3 million people watched the Super Bowl in 2022. Football is a popular sport to watch, yet not nearly as popular to play. What makes football such a great spectator sport?

America loves football, there can be no doubt about it. It is the most popular spectator sport in the US. 65 % of Americans say they follow the sport. Although football is still a popular sport to play, not that many people play football in their pastimes. Why is that?

A sport of great risk

Football is a sport of risk. It is a contact sport, and players get injured during the game. Some injuries, however, do not show until many years later. Studies have shown that professional football players are likely to develop a type of dementia called chronic traumatic encephalopathy, C.T.E for short. This is likely to be caused by the many blows to the head a football player is subjected to during his career. Other head injuries have more immediate consequences such as a coma inducement or even death. Although football is a popular sport in schools and colleges, it is still not as popular a sport to play as it is to watch and follow. This may be because of the great personal risk of playing football.

The aggression of football is exactly what attracts people to the sport. The high level of personal risk makes the sport far more interesting to watch than, let’s say, soccer. While soccer is a sport most people get to play at some point in school, football is reserved for the players who are more serious about the sport. Not everyone gets involved with the sport, yet everyone watches it. While soccer is a sport everyone plays or has played in school, virtually no one cares to watch a soccer game. It is the aggression of the game that appeals to people. Next to the clashing sounds of helmets coming together like two walls hitting each other, the low-risk sport of soccer pales in comparison.

Americans' love of risk is especially shown in the popularity of sports betting. No other sport is more popular to bet on than football. It is as if the spectators want a taste of the risk the players are running by putting their own money on the line. It is not merely enough to watch the aggression unfold. The danger of the game is exciting, and people want to get involved without risking their limbs. You can bet on NFL games if you want to feel the rush of taking a risk while watching your favorite sport.