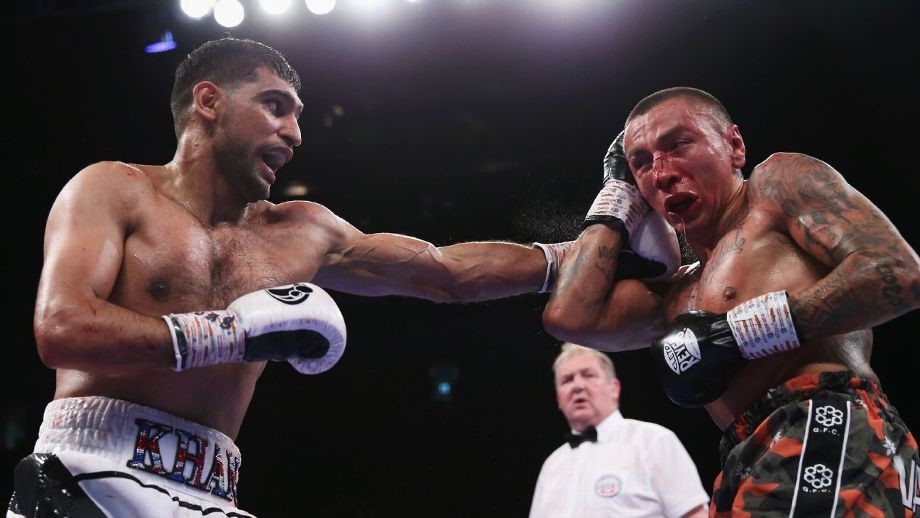 Amir Khan Beats Samuel Vargas But Was It Enough To Earn Him A Big Fight?

Amir Khan entered Saturday night looking to make a statement and in search of a big fight. It looked as if he and his team had picked an opponent that was tailor-made to make him look good. Khan got the win but the victory only left us asking more questions rather than getting answers.

Following his devastating knockout loss to Saul “Canelo” Alvarez in May 2016, many though Amir Khan’s boxing career was over. Khan had moved up two weight classes to challenge Alvarez for the WBC middleweight title. Not many gave him a chance but not many expected the fight to end so disastrously as it did.

Khan gave Canelo plenty of trouble early, boxing him beautifully in the opening rounds of the bout. But once Alvarez found a home for his right hand, Khan got into a world of trouble. It didn’t take too many punches to hurt Khan and once Canelo located Khan’s notorious glass jaw, it was over in a hurry.

But almost two years after that defeat, Khan mounted a comeback. Last April, Khan returned with a bang as he knocked out journeyman Phil Lo Greco in just 39 seconds. The victory got Khan’s name back in the headlines again. Looking for a big fight, Khan booked a fight with the tough Samuel Vargas in the hopes of attracting the big names.

Vargas looked like the perfect opponent that would make Khan look good. He didn’t have knockout power. He was slow on his feet and didn’t have very good defense. Khan meanwhile, has one of the fastest hands in the business. Many though the Bolton start would just pepper Vargas’ face with punches until he got stopped or until the final bell.

Not A Walk In The Park

Vargas’ face looked badly beaten after the fight. When you look at the scorecards, it appeared to be a very one-sided fight. Khan won via unanimous decision, with scores of 119-108, 119-108 and 118-110. But if you watched the fight, it wasn’t a walk in the park for King Khan. In fact, he had to fight for his life ( and his career? ) several times in the contest.

Khan started out firing as he unloaded his blistering combinations on the sitting duck target Vargas. In the second round, Khan’s eye-catching flurry caught Vargas and sent him down to the canvass. But just when we thought that this was going to be another short outing for Khan, Vargas surprised by dropping Khan in the closing stages of round 2. Luckily for the Brit, he got saved by the bell.

Earlier, we talked about Khan’s glass jaw. Well, it was that same jaw which can exposed while trying to finish off Vargas in the second round. Vargas landed cleanly on the chin and Khan suddenly dropped, as if on cue after taking a hit to his chin. In the 10th round, Khan inexplicably exposed that chin again and Vargas found it one more time. Khan didn’t go down this time around, but he danced on spaghetti legs before the bell saved him again. Whether he likes it or not, the bell was Amir Khan’s best friend on Saturday night. A few more seconds, Vargas could have finished him off.

Having Trouble With Vargas 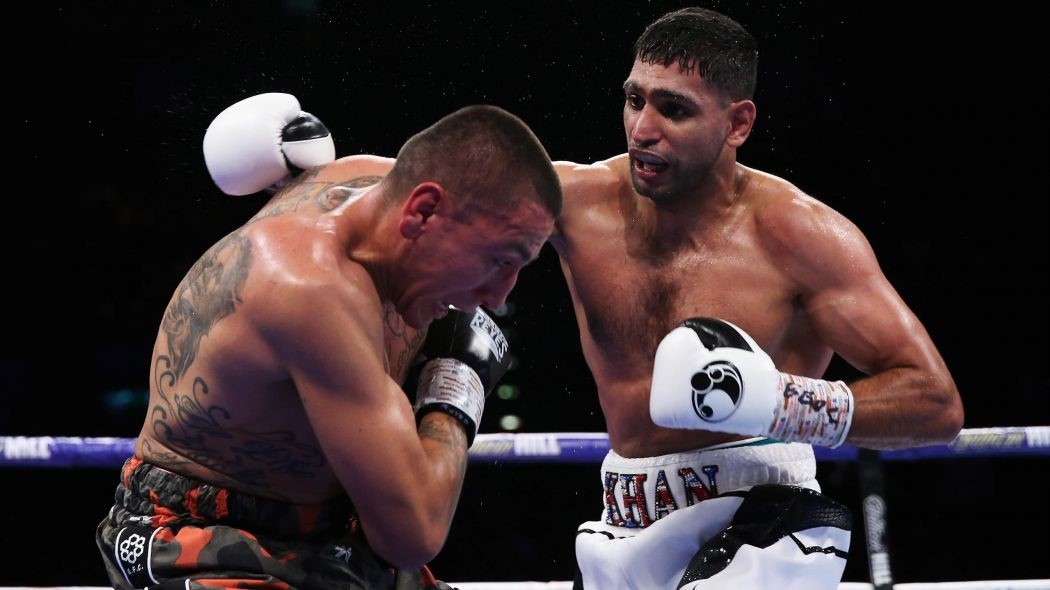 But by virtue of outboxing the slugger Vargas for 12 rounds, Khan won by wide scores. There is no question about the decision, not at all. But the question is if Khan still has what it takes to defeat the elites at welterweight. This was a victory in his resume but he needed more than that on Saturday night. Unfortunately, Khan failed to deliver.

For one, Vargas isn’t a power puncher although he has 14 knockouts in 29 wins. Secondly, Vargas was coming off a draw to unknown Mauro Maximiliano Godoy. Before that, Vargas won a split decision against Jussi Koivula and prior to that, he figured in a majority draw with Ali Funeka. So after tough fights with three little known and unknown fighters, Vargas suddenly gives Amir Khan a scare?

Khan is aiming for a fight with the likes of Danny Garcia, Shawn Porter, Keith Thurman, Errol Spence or Manny Pacquiao. But remember that Vargas got knocked out by Garcia in 7 rounds and stopped by Spence in 4. Easy wins by the big boys but a tough one by King Khan. The comparison doesn’t look great.

Still, give Khan credit for getting up after getting his glass jaw exposed again. Let’s give him some credit too because after all, this was his second fight in over two years. He wasn’t tested against Lo Greco so it was good that he picked up the rounds against Vargas. It was also good that we got to see him show his resilience, however you look at it.

But the victory will surely not put him on the level of Keith Thurman, Errol Spence, Terence Crawford, Danny Garcia, Shawn Porter or even Manny Pacquiao. It was good that he picked up a win but the truth is, Khan isn’t getting any of the top dogs next. Not with that kind of performance.

After the fight, Khan called out Pacquiao saying that the 8-division champion is his #1 pick. Domestic rival Kell Brook was a ringside for the Vargas fight and promoter Eddie Hearn said that it’s now or never for the Brook vs Khan bout. But Khan didn’t sound like he was too interested in fighting Brook. He wants Pacman.

Among the elites, Pacquiao may be the less dangerous because of his age. Manny has noticeably slowed down with age but given his punching power, Khan may be an easy target for Pacquiao. It’s not sure what Pacquiao thinks about this fight yet but if I were Pacquiao and the price is right, Khan would be the easiest next opponent because of his known weakness.

As for Khan, he was lucky that the bell saved him twice against Vargas. Unfortunately, that bell may not save him against the likes of Thurman, Spence, Crawford, Garcia, Porter and perhaps even Manny Pacquiao.