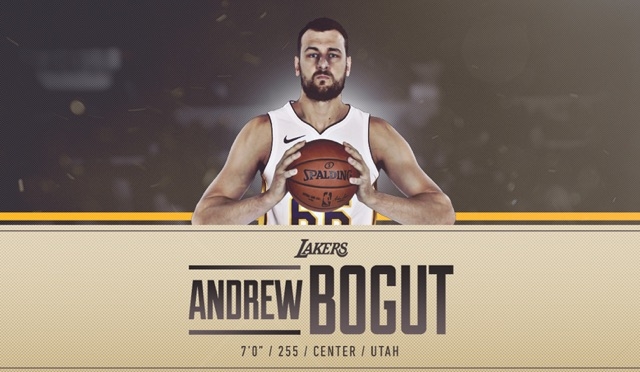 Andrew Bogut Was A Good Move For The Lakers

The Los Angeles Lakers pulled off some sort of shocker when they signed free agent center Andrew Bogut to a one year deal worth the veteran’s minimum. The thing with Bogut is that he is coming off a season where he played just 27 games because of a broken left tibia. Bogut has been cleared to play but coming off a major injury, he is a big risk.

Still, the Lakers took their chance perhaps because Bogut didn't cost much and it was just a one year contract. But even then, Bogut joins a team loaded with big men. So how will he fit? What role will he play, if any at all? 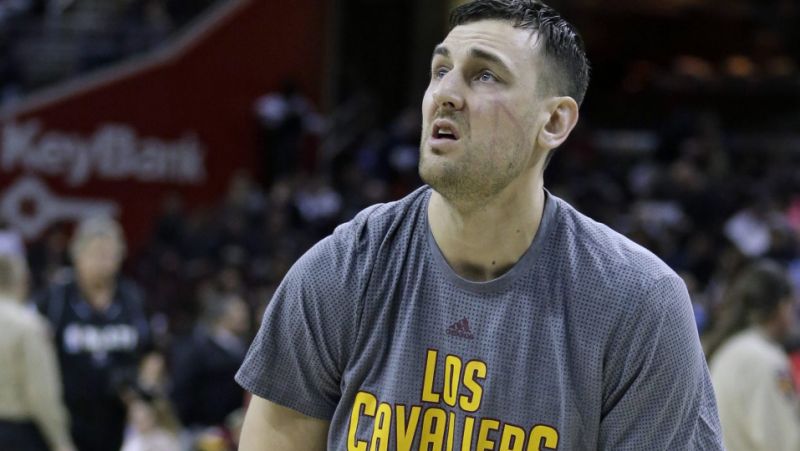 First of all, Andrew Bogut is an insurance policy for Brook Lopez. Lopez was the Lakers' most significant acquisition during the offseason and as such, he is expected to play a big role for the team this season. However, Lopez has a history of back problems. And while he was healthy last season, you can't discount the probability of him getting hurt again ( fingers crossed ).

Funny that the insurance policy is coming off an injury himself. Bogut played just 27 games last season before suffering a broken tibia. However, Bogut has been cleared to play and declared as 100% by his doctors. When he can return to form is another story. But if he stays healthy, Andrew Bogut will be more than just an insurance policy.

Not Over The Hill Yet 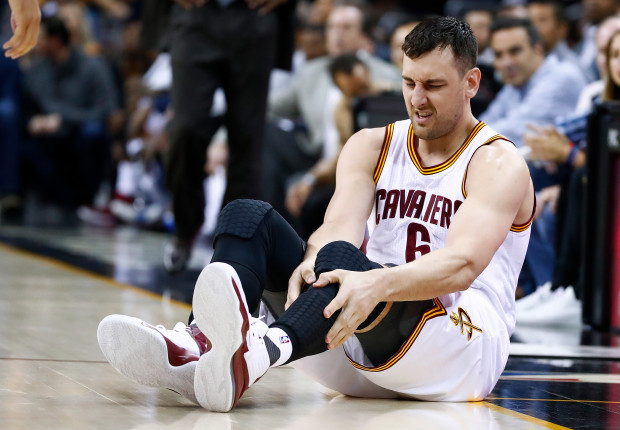 Bogut can never revert to the player he was in Milwaukee. With the Bucks, Bogut averaged in double double in three of seven season and averaged 12.3 points and 9.3 rebounds during his career in Milwaukee. But while his scoring has disappeared in recent years, Bogut remained a force on defense up until his injury last season.

You can't really judge Andrew Bogut based on last season's performance alone although he still averaged 8.1 rebounds per game. For one, the sample size of 27 games is too few to call him over the hill. Secondly, he was still adjusting to his new team ( the Mavs ) before being waived. If we look one season backwards, you'll see differently. 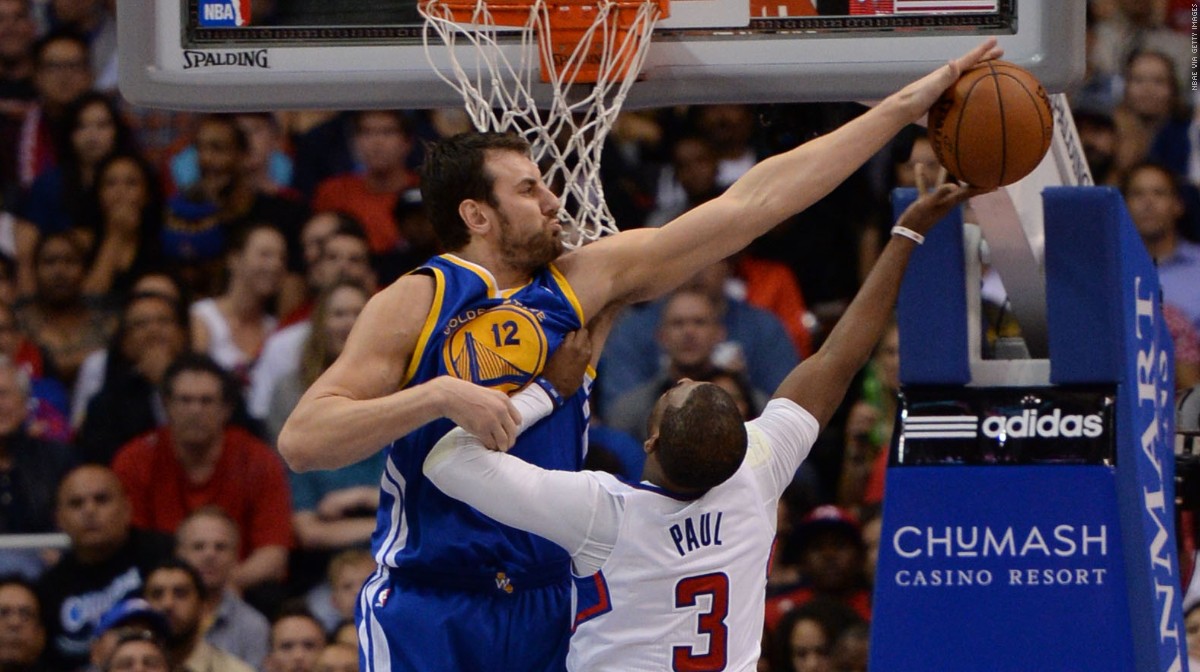 During the 2015-16 season, Bogut was the defensive anchor of the Golden State Warriors that won a record 73 games during the regular season. During that year, Bogut averaged 5.4 points, 7 rebounds, 2.3 assists and 1.6 blocks per game. More importantly, Bogut had a defensive rating of 99 that season.

The year before that, Bogut had a defensive rating of 97 and averaged 6.3 points, 8.1 rebounds, 2.7 assists and 1.7 blocks per game. This was the season where the current Golden State Warriors won their first NBA title. Bogut was the starting center of this squad as well as the 2015-16 team.

What The Doctor Ordered 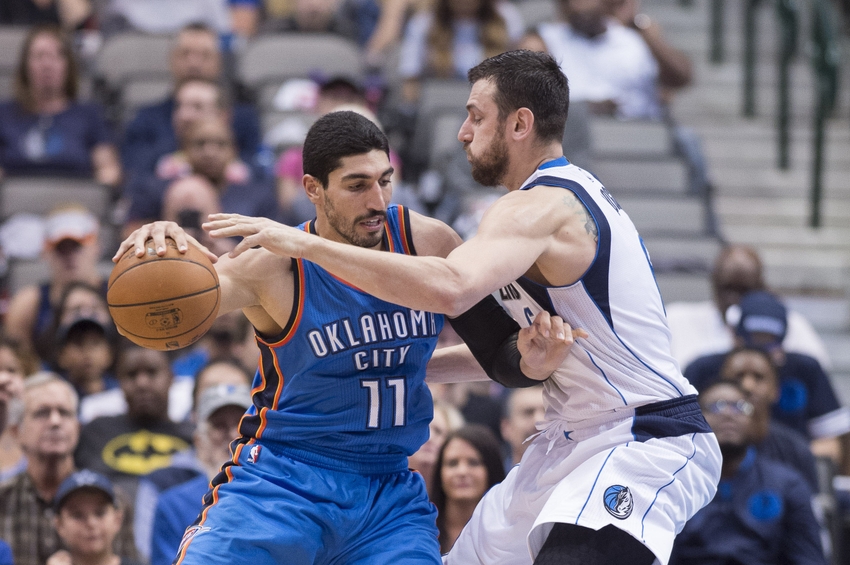 The defense that Bogut brings is exactly what the doctor ordered for the Los Angeles Lakers. The Lakers were 28th ( among 30 teams ) in the league in opponents points allowed at 111.5 points per game. The main reason for that was they allowed 47.4 points in the paint per game, third worst in the NBA last season.

Brook Lopez isn't really a defensive force and is known more for his offense but he has the size to intimidate shots and grab rebounds. Meanwhile, Andrew Bogut is a proven elite rim protector. With both on the team, the Lakers should see significant improvement in defense. 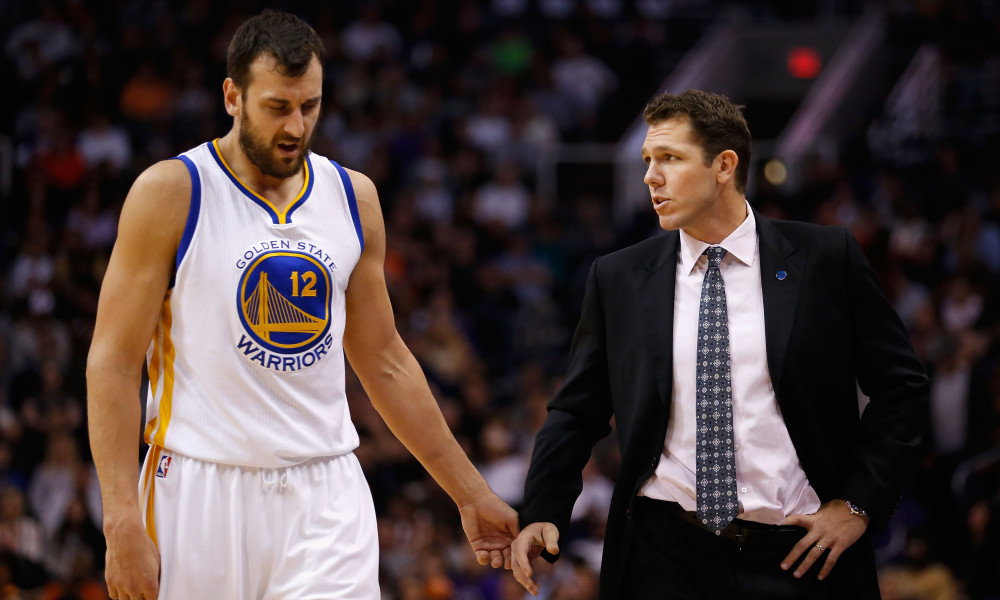 Reportedly, it was Lakers head coach Luke Walton who lobbied to get Andrew Bogut. Walton was an assistant coach ( and acting coach ) with the Golden State Warriors before taking the head coaching job in L.A. So Bogut knows Walton's style and his system. Having said that, Bogut should adjust faster and better to the Lakers than he did with the Mavericks.

Bogut is also known to be a smart passer and that makes him a perfect fit to Luke Walton's offense. If Bogut is indeed 100% healthy, then the Lakers have a steal because he signed only for the veteran's minimum. If not, then it's just a one year deal so there's nothing much to lose here really. 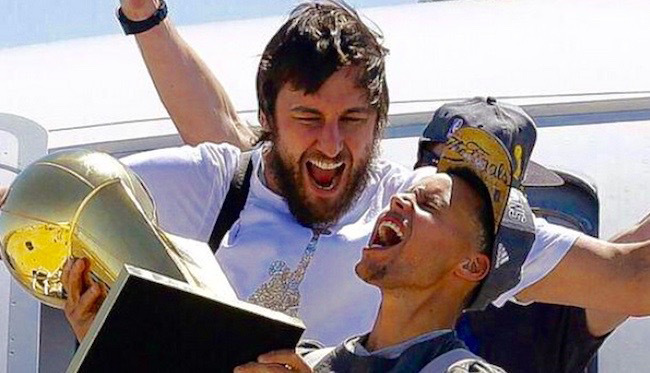 If you take a look at the Lakers line up, there isn't too much playoff experience in the roster. No, we aren't saying that they will make the playoffs next season but if you are a rebuilding franchise like them, you've got to,have veterans who have been there and done that.

Outside Luol Deng, Corey Brewer and Brook Lopez, none of the current Lakers have playoff experience. Andrew Bogut doesn't just bring playoff experience to the table, he also has the championship experience none of any Laker has. Now we're not saying he will be a game changer. But that championship pedigree and attitude are what the young stars like Lonzo Ball, Brandon Ingram and Julius Randle need. 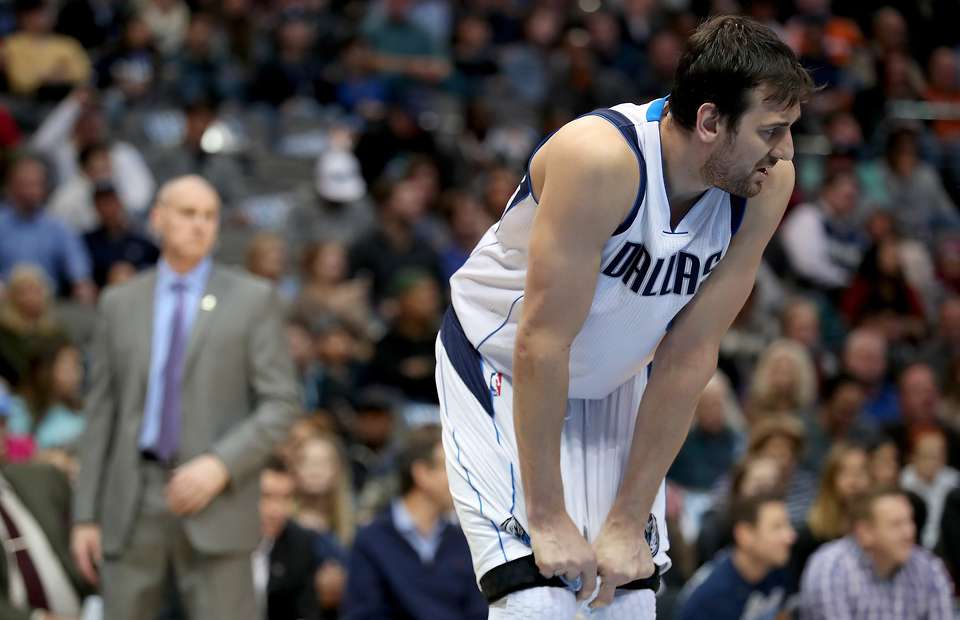 We've been talking about what Andrew Bogut would bring to the Los Angeles Lakers but we haven't touched yet about where he stands in the rotation. The Lakers traded for Brook Lopez in the summer plus drafted Thomas Bryant in the recent draft. Along with sophomore Ibica Zubic, the Lakers already have three centers on their roster.

Bogut may be the 4th center in the line-up but that doesn't mean he won't mean much to the Lakers. Maybe one of Zubac or Bryant is going to the developmental league and the Lakers want to test drive Bogut for one year. If he's still serviceable, he could be re signed next season if the Lakers go all out in free agency. 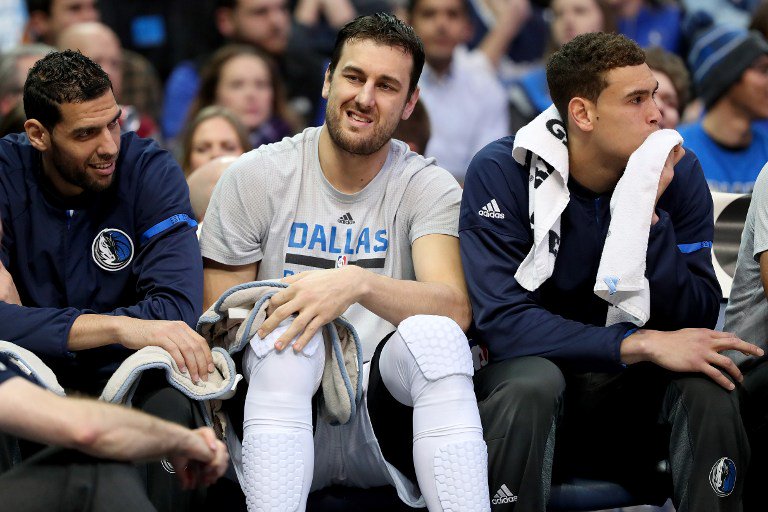 The Lakers already have the needed cap space to add one max superstar next summer. But since they are rumored to be eying two superstars, they'd likely renounce Brook Lopez who is an unrestricted free agent next July. If that happens, Bogut may be the replacement. After all, he's not yet too old at age 32.

Assuming he makes the Lakers’ final roster, Bogut's value goes beyond playing minutes. Walton may have signed him to be a leader more than a player. He may not get the minutes on the court but his voice in the locker room will be crucial, especially for the younger guys on the team.

There are a lot of possibilities for Andrew Bogut in Los Angeles. The key here will be how healthy he is and how quickly he can get himself back in basketball shape. If he doesn't achieve both, then the Lakers can let him go. After all, it's just a one year deal. Considering the price, it's not too much to wager in exchange for the potential gains.