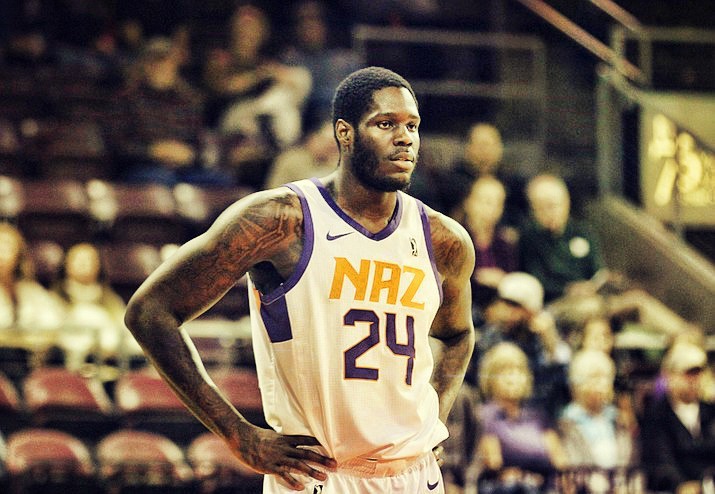 Anthony Bennett Not Yet Giving Up on NBA Dream

Anthony Bennett had an impressive one and done season at UNLV which drew comparisons to Runnin’ Rebel great Larry Johnson. Like Grandmama, Bennett was chosen #1 overall in the NBA Draft. But unlike Johnson who went on to have an All-Star NBA career, Bennett disappeared in obscurity as fast as his stock rose before the 2013 NBA Draft.

After being selected by the Cleveland Cavaliers as the Top pick in 2013, Bennett bounced around with four teams in four years. When no NBA team picked him up, he took his talents to Turkey and played for Fenerbahce last season. He won a Euroleague title with the Turkish club but was later released. In September last year, Bennett signed a non-guaranteed deal with the Phoenix Suns. He was released after a month and after not having played a single preseason game. Without an NBA home again, Bennett joined the Suns’ G League affiliate, the North Arizona Suns. In December, he was traded to the Maine Red Claws, an affiliate of the Boston Celtics where he currently plays.

Bennett has started 16 of 19 G League games this season and is averaging 12.1 points and 6.1 rebounds per game. More importantly, he’s added the three point shot to his offensive arsenal, making 1.7 three pointers per game on a very good .457 accuracy. There’s no guarantee that he’s going to make the NBA again but at least, he’s expanding his game to give himself every opportunity to do so.

"I just gotta go out there and play basketball the way I know how to," Bennett said. "I'm working hard trying to get back to where I'm supposed to be."

The NBA is where Bennett believes he should be and that’s where most of the players picked after him in 2013 are right now. Some of more notable players picked after Anthony Bennett in the 2013 NBA Draft are Giannis Antetokounmpo, Victor Oladipo, Rudy Gobert, Otto Porter, C.J. McCollum, Denis Shroder, Steven Adams, Kelly Olynyk, Tim Hardaway Jr, Kentavious Caldwell Pope, Alex Len, Gorgui Deng and Andre Roberson. Given those names and considering where he is now, Bennett is considered a ‘bust’ in the NBA Draft. But while Bennett is considered one of the biggest busts in NBA Draft history, he isn’t among the Top 5, at least as far as we are concerned. 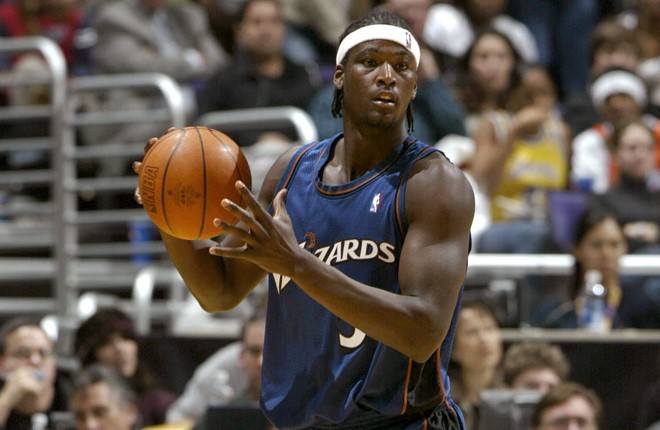 Michael Jordan was infallible when he played in the basketball court. MJ is considered the greatest ever, owing to his individual achievements and six NBA titles won. But as great as he was playing inside the court, he was the opposite of it as an NBA executive.

After his second retirement in 2000, Jordan became part owner and President of Basketball Operations of the Washington Wizards. His first big move as such was drafting high school phenom Kwame Brown with the #1 overall pick in the 2001 NBA Draft. Brown would end up playing just four seasons with the Wizards before moving around the league. When all was said and done, Brown finished with career averages of 6.6 points and 5.5 rebounds per game. In 12 NBA seasons, Brown managed to play with six different NBA teams.

That’s what Kwame Brown told then Washington Wizards head coach Doug Collins during a pre-draft workout. Well regret would be an understatement for the Wizards because if you come to think of it, there are still five players picked after him in the 2001 Draft who are still playing in the league right now: Phoenix’s Tyson Chandler ( 2nd pick ), San Antonio’s Pau Gasol ( 3rd pick ), Utah’s Joe Johnson ( 10th pick ), Sacramento’s Zach Randolph (19th pick ) and San Antonio’s Tony Parker ( 28th pick ). 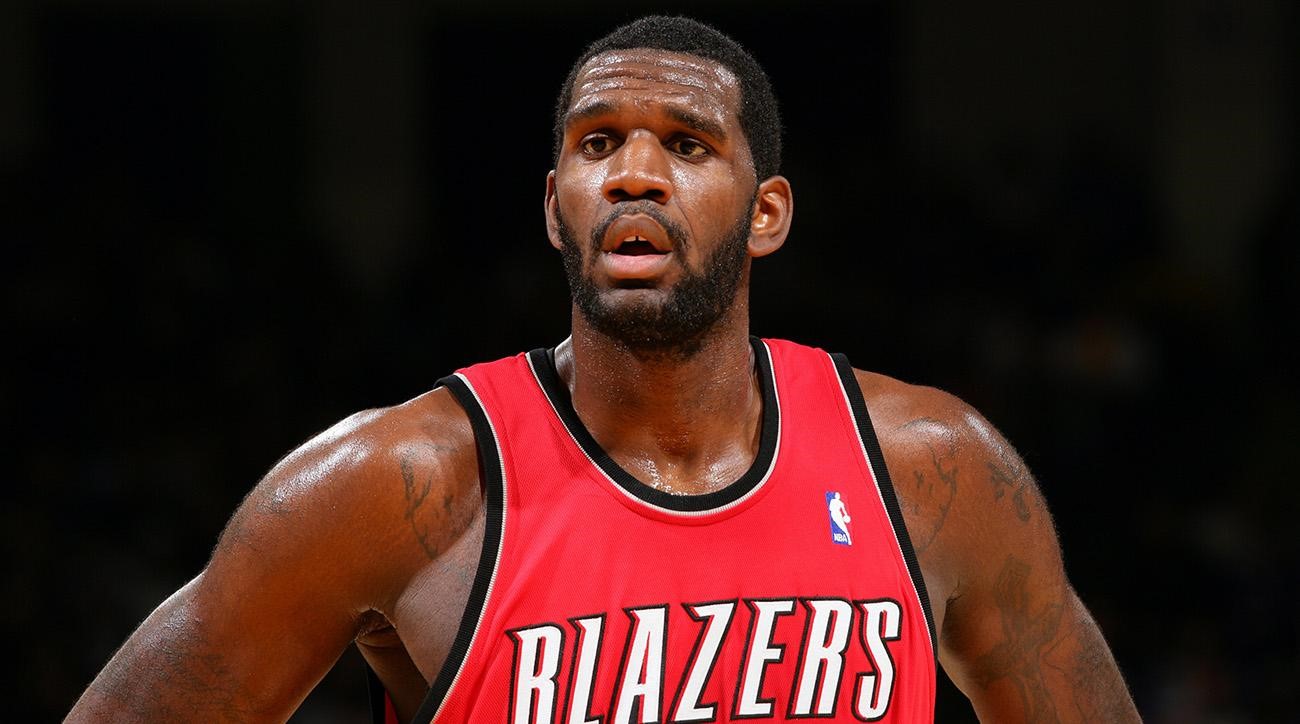 Way back in 2007, there was a big debate on who should go #1 in the 2007 NBA Draft: Greg Oden or Kevin Durant. Back then, that was a question that was tough to answer ( believe it or not ). Looking back now, that isn’t even a subject for conversation.

Oden and Durant became the first freshmen to be named to the NCAA’s All-American team since 1990 and only the third and fourth overall to be given the accolade. Oden had the distinction of not losing a home game in high school and college. He was even called by then Phoenix Suns General Manager Steve Kerr as a ‘once in a decade talent’.
Well, Kerr is now head coach of the Golden State Warriors and he’s the current coach of Kevin Durant who helped him win his second NBA title last season. Durant just reached the 20,000 scoring plateau and has won both the NBA regular season and finals MVP in his sure Hall of Fame career. Greg Oden? He’s currently a student manager for the Ohio State Buckeyes, his alma mater. Oden ended up playing just 105 total games due to a series of injuries and surgeries, averaging 8.0 points and 6.2 rebounds per game.

Imagine what the Blazers would’ve achieved with KD at the helm. But that’s water under the bridge now. And yes, Oden isn’t their biggest NBA Draft regret. Wait till we get to number one. 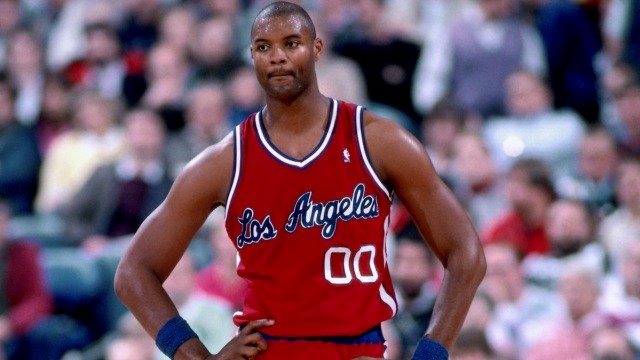 The Los Angeles Clippers selected Benoit Benjamin with the 3rd overall pick in the 1985 NBA Draft with the hopes of turning him into one of the most dominant big men in the league. Instead, he became a one man freak show in L.A.

Benjamin missed planes, buses and practices but perhaps his most infamous act was well, not playing in a game because he brought two left basketball shoes to a game. That’s right, two left shoes folks. That’s not a joke. On the court, Benjamin was slow, had a very poor work ethic and had an incredibly low basketball IQ. Still, he finished with career averages of 11.4 points and 7.5 rebounds per game. He is the Clippers’ all-time leader in blocks per game at 2.8.

Bringing two left shoes to a basketball game was Benjamin’s ultimate fail. But that’s not the reason why we placed him at #3 on our Draft Bust list. Neither is the fact that he played for nine NBA teams in 15 years. So what’s the reason? Benoit Benjamin was drafted ahead of three NBA Hall of Famers: Chris Mullin ( 7th pick ), Karl Malone ( 13th pick ) and Joe Dumars ( 18th pick ). One Hall of Famer would’ve been a forgivable miss. But three? That’s a strikeout. 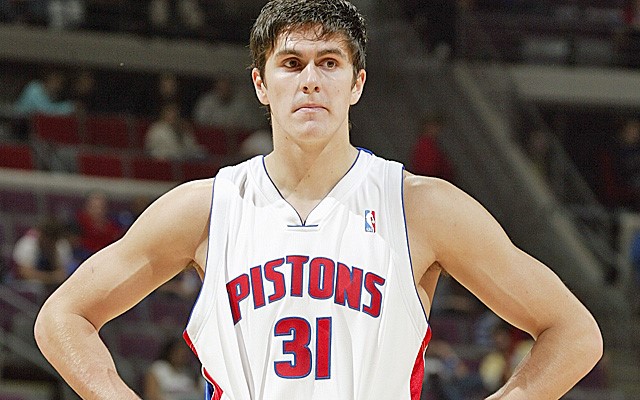 Darko Milicic was the guy picked after LeBron James in the 2003 NBA Draft. He beat LeBron to the draw, winning an NBA title in his rookie season and even without scoring a solitary point. But aside from owning the distinction of being the youngest player to play in an NBA Finals game, Darko was virtually non-existent.

The Detroit Pistons were very good without Darko. In the year before he was drafted, the Pistons made the Eastern Conference Finals. During his rookie season, the PIstons beat a star studded Lakers team to win the 2004 NBA title. They reached the Finals the year after but were victimized by Big Shot Bob and the San Antonio Spurs. After that, the Pistons made three more consecutive appearances in the Eastern Conference Finals ( making it six in a row ). That was an impressive run but imagine what the Pistons would’ve accomplished had they not picked Milicic?

Well, they could’ve picked Carmelo Anthony ( 3rd pick ), Chris Bosh ( 4th pick ) or Dwyane Wade ( 5th pick ). Those three players went on to have All-Star careers with Bosh and Wade winning multiple NBA titles along with LeBron James in Miami. 2003 was a very deep Draft Class, one of the best batch of rookies ever. It was just a pity that the Pistons didn’t cash out on their opportunity with the 2nd overall pick. 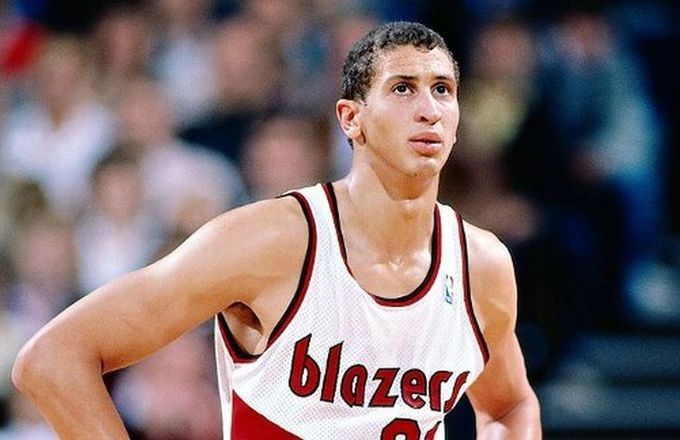 We’ve come to the finale and like we said earlier, Greg Oden wasn’t the Portland Trail Blazers’ biggest mistake. In 1984, the Blazers selected Sam Bowie with the 2nd overall pick. The third pick of that draft was Michael Jordan by the Chicago Bulls. Need we say more?

The reason why the Blazers picked Bowie over Jordan was because they picked Clyde Drexler the year before. Drexler and Jordan had similar game types and the Blazers opted to pick the big man Bowie rather than having another high flying guard. Big mistake? It was the biggest mistake ever. Jordan would go on to become the greatest player in basketball history. Bowie would go on to have an injury filled ten year NBA career.

And yes, we didn’t even mention that aside from Jordan, there were two other Hall of Famers and Dream Team members on that 1984 class picked after Bowie. These were Charles Barkley ( 5th pick ) and John Stockton ( 16th pick ). The top overall pick of the draft was Hakeem ‘ The Dream’ Olajuwon. The Portland Trail Blazers ? How they wished Bowie was just a dream.

Going back to Anthony Bennett, the book on him isn’t closed yet. Bennett is still just 24 years old and is working hard in the minors to return to the big league. And while that isn’t a lock from happening, you’ve got to give it to Bennett for not giving up on his NBA dream. It’s always great to root for an underdog.