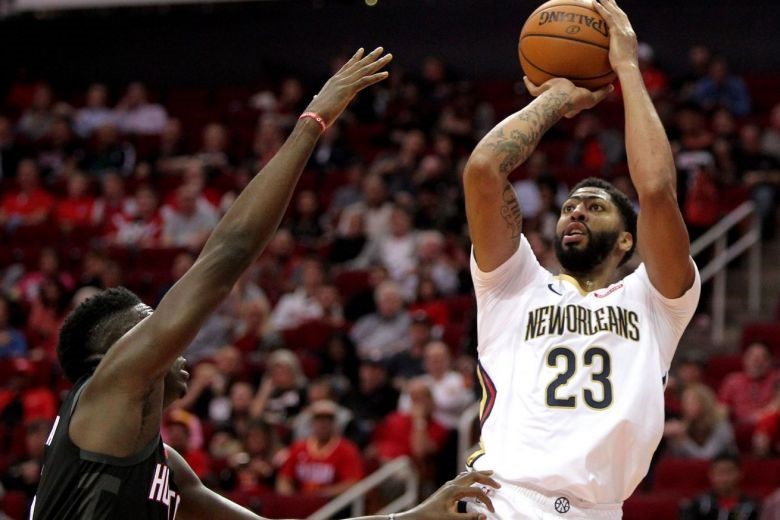 The New Orleans Pelicans were in a bad spot. The team had just lost All-Star Center DeMarcus Cousins to a season ending Achilles injury. They lost five out of their first six games without Boogie and it seemed like their playoff ambitions were to be postponed for next season. And then it happened.

Sometimes, there comes a game that changes a player’s career forever. If you can recall, it was Game 5 of the 2007 Eastern Conference Finals for LeBron James where he scored 48 points and single handedly destroyed the Detroit Pistons in double overtime. For Stephen Curry, it was that game in Madison Square Garden in 2013 when he scored 54 points and made 11 out of 13 three pointers. After those games, the legend of LeBron James and Stephen Curry began.

On February 9, 2018, Pelicans’ All-Star forward Anthony Davis may have had a similar career changing experience. The place wat at Brooklyn’s Barclays Center and the game was against the Brooklyn Nets. The game wasn’t pretty as the Pelicans blew a 22 point lead and nearly lost the game. But New Orleans was able to pull off the win in overtime.

Rajon Rondo had a triple double with 25 points, 10 rebounds and 12 assists. Nikola Mirotic, earning more minutes since Cousins’ injury, played his best game by far since coming over from the Chicago Bulls via trade. Mirotic scored 21 points and grabbed 16 rebounds. Guard Jrue Holiday had another solid all around night with 22 points, 7 rebounds and 5 assists. Anthony Davis? Well the Brow played a total of 50 minutes in the game and he finished with 44 points, 17 rebounds, 2 assists, 6 steals and 3 blocks. Monster numbers by arguably one of the first unicorns to play in the NBA.

It was just one win in the Pelicans’ 2017-18 season but at that time, it was their biggest to date since losing Boogie to injury. With that win, the Pelicans improved to three games over .500 at 29-26. When the regular season was done, the Pelicans finished with a 48-34 record and earned the 6th playoff spot in the ultra tough Western Conference. They would go on to upset the 3rd seeded Portland Trail Blazers via 4-0 sweep in the first round before falling 1-4 to the eventual champions Golden State Warriors.

For the Dubs, defeating the Pelicans was just one step in their title run. For the Pelicans, getting to the second round to face the Warriors was momentous. Prior to that, they had never won a playoff series since Anthony Davis arrived. In fact, prior to the Portland series, Anthony Davis had played just four playoff games and had never one a game in the postseason.

Looking back, The Brow points to that Brooklyn game as the turning point of their season. When Cousins got hurt, the Pelicans’ were supposed to just lay down and die. Davis took on a bigger role and at first, it seemed like he would fail. He played more minutes, took more shots, had to get more boards and had to play center more than he preferred.

With Davis seemingly consumed by the situation, Pelicans’ head coach Alvin Gentry told him “not to put too much pressure on himself” and urged his young star to “play more free and play like himself”. Davis took his coach’s word by heart and took it as a challenge. Recalls Davis:

"I heard what Coach was saying to me, I know what he was trying to do," Davis said. "But that's not what I wanted. I wanted to be great and I had to accept the challenge. From that day forward, I had to understand that if I wanted to be great that I had to do it. I had to be great every night.”
"I saw what Russ Westbrook did when [Kevin] Durant went down with that foot injury in OKC. And that's what I told Coach Gentry I have to be. If I have to be Westbrook, I will be Westbook."

And Westbrook he did. Beginning that game, the Pelicans finished the season with a 20-8 record and made an outstanding playoff run. Anthony Davis had the best 28 games of his NBA career, as if he didn’t have a great career before that.

Davis would average 30 points, 12 rebounds, 3.3 blocks and 2 steals in those final 28 games. In the playoffs, he would even be better. The Brow averaged 33 points, 11.8 rebounds, 2.8 blocks and 1.8 steals per game against Portland in Round 1. He would close out the Blazers in Game 4 by scoring 47 points , grabbing 10 rebounds and blocking 3 shots at the Moda Center.

Against the Warriors, he was a handful with his 27.8 points, 14.8 rebounds, 2 blocks and 2.2 steals per game average. Although Golden State would end Davis’ majestic run, he would end up as a finalist for the 2018 MVP voting along with Houston’s James Harden and Cleveland’s LeBron James. The award eventually went to Harden but for Davis, the season might have been his coming out party.

"I knew we had some things going against us, and I had some things I had to deal with," Davis said. "But I decided to just embrace it. OK, that's the challenge now, go and answer it. Be the great player."

His greatness was never doubted ever since he came to the NBA. The question was always could he become the greatest? We still don’t know if he will end up the greatest but yes, he can. With his height, length, skillset and now an indomitable will, Anthony Davis has risen to the level of LeBron James, Stephen Curry, James Harden and Russell Westbrook. Among the names, Davis is the only one without an MVP award, at least not yet. On opening night, he looked like an instant frontrunner for the award this season.

Dominating The Rockets On Opening Night

Watching James Harden hoist the 2018 MVP award in front of his hometown fans in Houston, Anthony Davis stole the show and took the thunder from the Rockets. The Brow had an auspicious debut to his 2018-19 NBA season.

Davis played 39 minutes, took 21 shots and made 13 of them. He was awarded seven free throws and sank six. In the end, he finished with 32 points, 16 rebounds, 8 assists, 3 steals and 3 blocks with just one turnover. The 32 and 16 double double is a regular thing for Anthony Davis. So were the 3 blocks and 3 steals. But the 8 assists were a career high for him and a proof that his game is ever evolving. The result? The New Orleans Pelicans dumped the Houston Rockets 131-112 at the Rockets’ own home floor.

Houston was coming off the best season in franchise history where they topped the NBA standings at 67-15. Heading to this season, the Rockets were touted to be the biggest challengers of the Golden State Warriors. With a healthy Chris Paul plus the addition of Carmelo Anthony, the Rockets appeared to have gotten better despite losing Trevor Ariza, Luc Mbah Moute and Ryan Anderson during the offseason.

On the other hand, the New Orleans Pelicans were supposed to struggle this season after losing DeMarcus Cousins to the Golden State Warriors and starting point guard Rajon Rondo to the Los Angeles Lakers. But without Cousins, not only did Davis shine on opening night. Nikola Mirotic also had a huge night with 30 points and 10 boards. Davis and Mirotic became the first teammates in NBA history to post 30-10 games each in a season opener.

New Orleans also got 25 points off the bench from Julius Randle, a free agent acquisition from the Los Angeles Lakers. Likewise, new starting point guard Elfrid Payton had 10 points and 10 assists in his Pelicans debut. And yeah, Jrue Holiday didn’t even have a big night with just 10 points on 5-12 shooting. But the Pelicans won and they won big. They also delivered a statement to the rest of the league. Anthony Davis also served notice that he is going to be a force to reckon with this season.

The Brow talked about being Westbrook if he had too. On opening night though, he played like the MVP that Harden currently is. By season’s end though, he shouldn’t be like anyone else anymore. He is the first Anthony Davis and he has arrived. He is happening now.