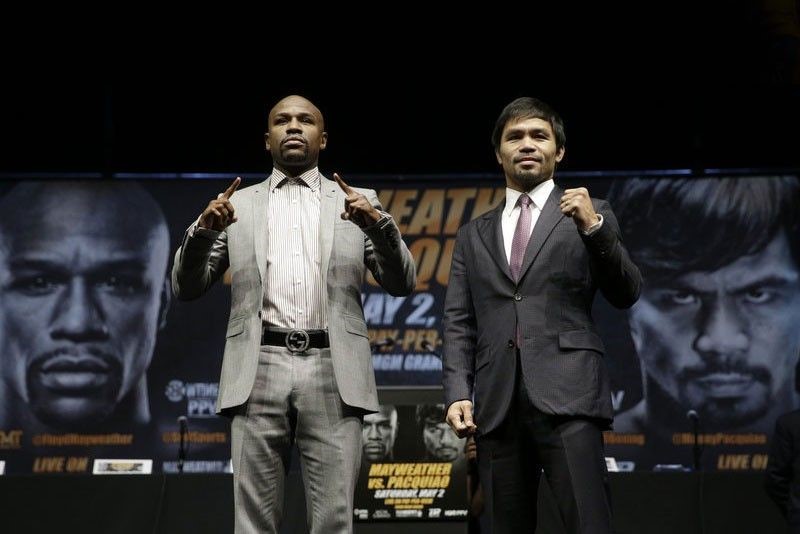 Retired boxing great Floyd Mayweather Jr surprised the boxing world when he recently announced that he will be fighting Manny Pacquiao in a rematch before the end of the year.

I'm coming back to fight Manny Pacquiao this year another 9 figure pay day on the way." Mayweather posted on his Instagram account last Sunday.

The post included a video of Mayweather confronting Pacquiao at a music festival in Tokyo, Japan recently. Although most of their conversation was inaudible due to the noise around them, Pacquiao could be heard saying “I have the belt.” and Mayweather responding with “I’m going to take it from you like I did before.”

It can be recalled that Mayweather defeated Pacquiao via unanimous decision in their May 2015 fight. That fight, billed as the Fight of the Century, became the richest fight in boxing by establishing a new PPV record of 4.6M buys. However, the bout itself was a dud and panned in the eyes of boxing fans and experts.

Since their last encounter, Mayweather has fought only twice, beating Andre Berto in what was supposed to be his retirement in 2015 and stopping MMA superstar Conor McGregor in a boxing exhibition match last year.

On the other hand, Pacquiao has four four times since that defeat, going 3-1 over that period. Pacquiao suffered a controversial loss to Australian Jeff Horn last year but bounced back to knock out Lucas Matthysse last July to win the WBA (regular) welterweight title. Pacquiao called out Mayweather after that win but there were no signs that Mayweather was about to make a comeback, much more fight Pacquiao again.

Still, Mayweather’s announcement-although it didn’t send the boxing world into a frenzy, has caught the attention of sports fans all over the world. 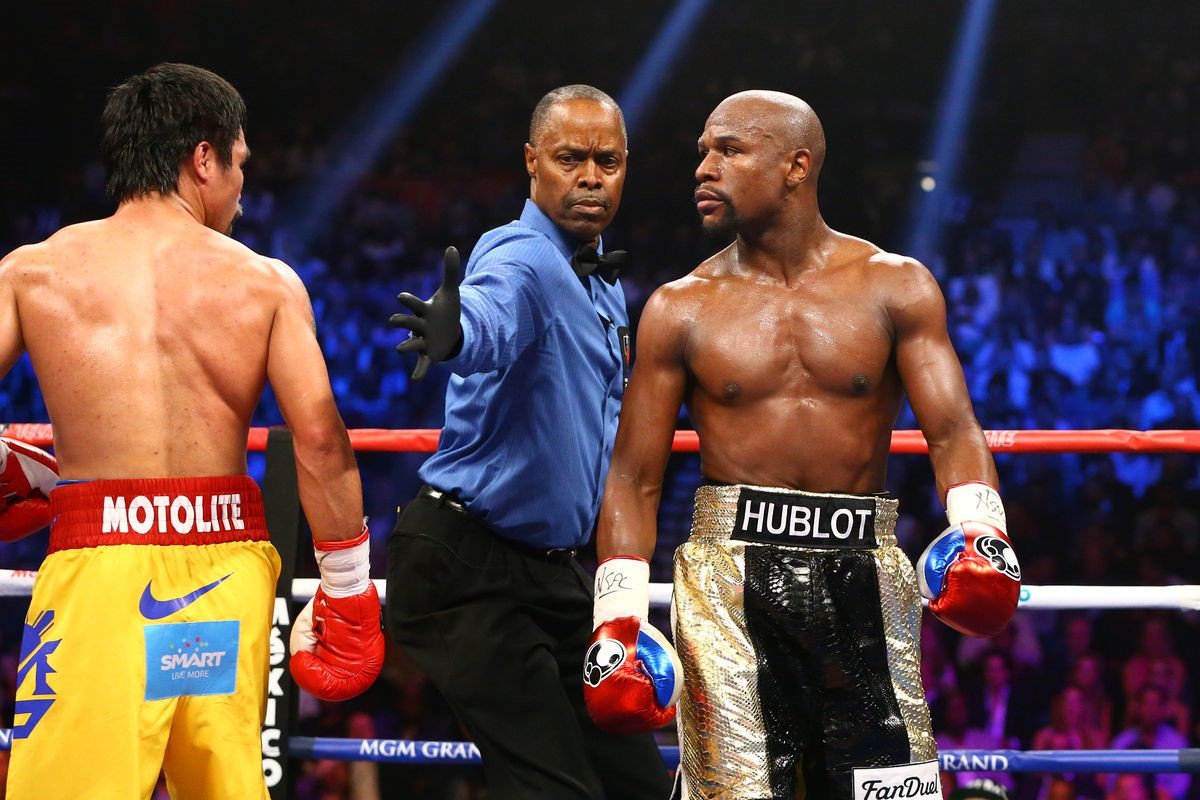 Now here’s the latest: Floyd Mayweather Jr. isn’t just coming back for one fight, there may be two in the horizon for boxing’s Money man. According to a report from TMZ Sports, Mayweather is looking at a tune-up fight before fighting the Filipino fighting politician.

TMZ says that sources close to Mayweather are suggesting that Floyd Jr. wants a fight in Japan before doing a rematch with Pacquiao. The sources said that The Money Team is eyeing a New Year’s Eve event in Tokyo since the year ender is always a major fight date in Japan.

The reason behind this proposed tune-up fight isn’t just to get ready for Pacquiao but for Mayweather to “crash the Asian market with endorsements and clothing opportunities”. The sources are also saying that Mayweather is open to fighting kickboxers and MMA fighters in a boxing match but they also confirming that UFC superstar Conor McGregor’s name isn’t in the mix.

It can be recalled that Mayweather returned from retirement last year to fight McGregor in a boxing match. Mayweather won that bout, stopping McGregor in the 11th. The bout was a massive financial success that both camps considered a rematch after McGregor gave Mayweather a “good fight” in the early rounds. But with McGregor scheduled to return to the UFC octagon on October 6th, it would not be possible for the Irishman to fight again at the end of the year.

Since announcing his retirement in 2015, Mayweather had always claimed that he was happily retired and enjoying the spoils of the richest boxing career of all-time. However, Mayweather was lured by a nine-figure payday to return to the ring to fight McGregor last year. After the fight, Mayweather declared that he returned for one fight only and would go back to his retired life.

No Tune Up Fight Needed

We all know that Manny Pacquiao has been dying for a rematch with Mayweather. Not only will it be another big payday for the Filipino, it will also be an opportunity for him to redeem himself after a disappointing performance the first time around.

Many expected Pacquiao to give Mayweather the fight of his life in 2015, but instead of putting up a real challenge, he was beaten badly in a war of conflicting styles. Mayweather kept the offensive Pacman at bay, allowing him to land only 19% of his total punches and 27% of his power punches. Mayweather easily outlanded Pacquiao in the punchstats and easily outpointed him in the judges’ scorecards.

After the fight, Pacquiao put the blame on a shoulder injury which he did not even declare to the Nevada State Athletic Commission in a pre-fight questionnaire. Pacquiao claimed to have surgery on that shoulder but except for seeing him in a cast in the months following the bout, there was never proof that he did go under the knife.

When Pacquiao was asked about doing a tune-up fight like what Mayweather is suggesting, Pacquiao said he wasn’t taking one because he is in tip-top shape following a July win over Lucas Matthysse. Said Pacquiao to Philippine media:

“Why do I have to tune up?” Pacquiao said to The Inquirer. “I just came from a fight in July. It’s just going to be a small adjustment if even. I’m in tiptop shape, I just came from a big fight, I can fight anytime. If it’s against Floyd, we’ll do it in the United States. If not [Floyd], I’ll still do it in the United States. It’s been a long time."

The fact that Pacquiao is ready to move on without Mayweather talks a lot about where the potential rematch is at right now. The way Pacquiao sounded, it seems that he is going to fight again whether it’s against Floyd or not. That certainly isn’t a good sign. 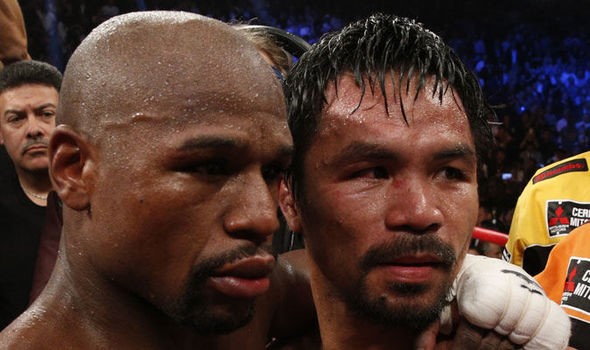 There were no previous indications that Mayweather would return to professional boxing again. Hence his declaration to fight Pacquiao in a rematch before the year is over was more of a shock rather than a surprise to everybody.

There were reports from Ring Magazine that the negotiations for the fight are going smoothly and moving forward faster than expected. Mike Coppinger even said that the negotiations could be finalized as soon as this week. But the latest development that Mayweather is attempting a tune-up fight before fighting Pacquiao only proves that this is nothing serious yet.

If Floyd Mayweather Jr. really wants to fight Manny Pacquiao again, why risk that opportunity with a tune-up bout? We’re not saying that Mayweather could lose that fight because he is not. What we’re thinking is that if it doesn’t happen yet, Pacman is going to take another fight. And having seen Pacquiao take a reckless fight against Jeff Horn last year, it’s possible that Pacquiao could fight and lose again. Or maybe he could suffer an injury that could derail the bout. Who knows what’s going to happen in between.

Maybe Mayweather is planning a year end comeback in Japan and maybe he was just using Pacman’s Asian fame to promote that. If he is really sidestepping by taking another fight in December, i don’t think he is fighting Manny Pacquiao at all. As for Manny Pacquiao, it doesn’t hurt if Mayweather uses him for promotional purposes. After all, he himself said that he is looking at the U.S. as the venue for his next fight. For sure, getting his name dragged in the news is going to help.

But then who cares about this fight anyway? We already saw that fight and we don’t think it will end differently if they fight again. Or even a third time. Mayweather is 41 and Pacquiao is 39. The welterweight division now belongs to the likes of Keith Thurman, Terence Crawford, Errol Spence and Shawn Porter. Mayweather vs Pacquiao is a thing of the past. We have bad memories of it. We don’t need it and we don’t want to see it again.