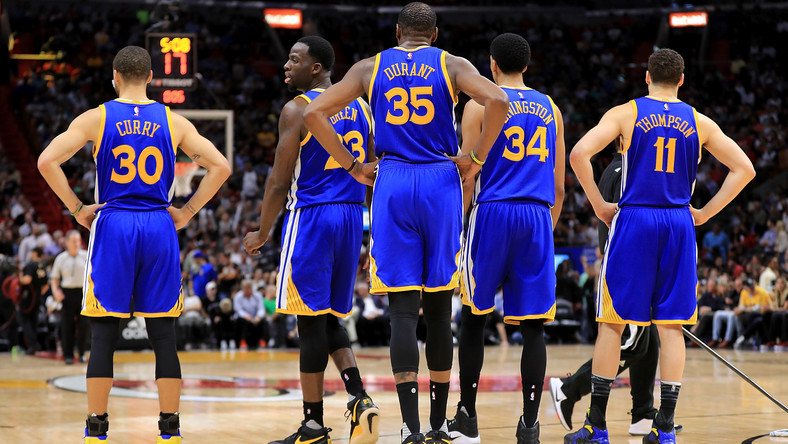 Are The Golden State Warriors More Vulnerable Than Ever?

The Golden State Warriors have been the measure of excellence in the NBA these past four seasons. Since former Chicago Bulls guard Steve Kerr took over the team’s coaching chores, the Warriors have become the most successful franchise in the league.

The Dubs clinched the best record in the league in Kerr’s first three seasons. During that period, they won a league-best 207 total regular season games. They topped the Chicago Bulls’ all-time best single season record of 72 wins by winning one more game in 2016. They reached the NBA Finals in each of the previous three seasons, winning the NBA title twice.

With the way the Dubs easily manhandled the Cleveland Cavaliers in last year’s NBA Finals, they were installed as the favorites to win this year again. But the Warriors’ reign as the league’s #1 team has received stiff challenge from the Houston Rockets. 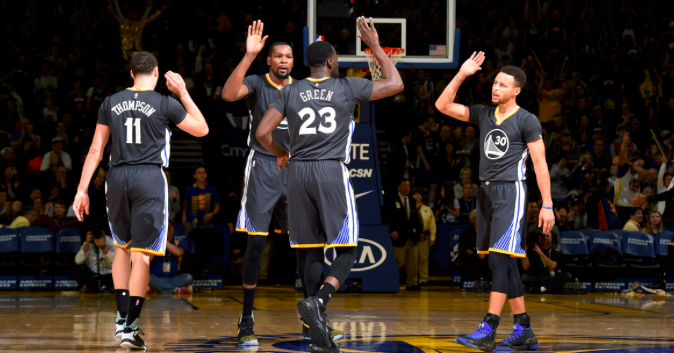 With just over a month to go in the regular season, the Warriors find themselves trailing the Rockets by 1.5 games for home court advantage throughout the entire playoffs. Sure, the Rockets have been playing incredible basketball with leading MVP contender James Harden and the newly acquired Chris Paul, but it’s not just Houston’s stellar play that has put them on top of the world. The Warriors also have a hand on that.

The Warriors already have 16 losses this season and yet they still have 15 games to play. Look, a 51-16 record at this point of the season is very impressive . But if you talk about Golden State Warriors standards, that’s not impressive enough. In the Steve Kerr era, that isn’t good enough.

In Kerr’s first season with the team, the Dubs finished with a 67-15 record. In 2016, they established the new NBA standard of 73 wins and became the first team in NBA history to lose less than 10 games in a single NBA season. Last season, Golden State once again finished with a 67-15 record. This season, they best they could do is 66 wins and that is if they win all the remaining games on their regular season schedule.

The Warriors’ current performance has led plenty of their critics and game experts to conclude that the Dubs look more vulnerable now that they have ever been in the last four seasons. Golden State is projected to finish the season with 62 wins but that won’t certainly be enough for them to have the best record in the league at the end of the regular season. Not only that, some even say, their current showing may not be enough to win the NBA title this year.

So are the Warriors really more vulnerable now than they’ve ever been during their Golden run? 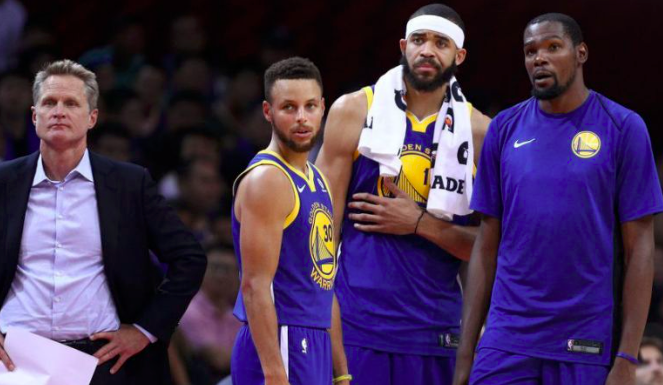 You can’t be 51-16 and not have focus, make no mistake about that. But these Golden State Warriors have been so good these past four seasons that they don’t play the entire games with the same focus. We’ve seen the Warriors play lacklusterly in the first half of games and just turn it on in the third quarter. Sure, they ended up winning those games and winning is all that matters. But the attitude of not having the urgency in the first half knowing they can just turn it on in the next can be carried to the bigger picture.

Remember the Warriors’ 116-108 loss to the Rockets last January 20th? Kevin Durant said after the game that he wasn’t concerned because the ‘season start over in the playoffs’. Durant doesn’t speak in behalf of his teammates. But with the way they played against the Rockets that night, it appeared that they were on the same page as KD. The Rockets lost the game. Likewise, they also lost the games where they played with the same attitude.

Those games have added up and as a result, the Houston Rockets currently have a better win-loss record than the Warriors. As of March 12th, the Rockets have a 1.5 game lead over the Dubs for the best record in the NBA. That’s not insurmountable at all, not especially if you are the Golden State Warriors. But if the Warriors keep on insisting that they can afford to lose games because they can turn it on in the playoffs anyway, then Houston will probably have the best record in the league at the end of the regular season.

Golden State may not be too worried about home court advantage in the playoffs because they are the one of the best road teams in the NBA and they have the most playoff wins in the last three seasons. But while home court advantage doesn’t necessarily determine who stands at the top of the podium at the end of every season, every team ( including the Warriors ) needs every advantage it can get in a tough NBA Finals, even if it’s just having the crowd as your sixth man in a crucial game.

Here’s more. In the 9 games after the All-Star break, the Warriors’ defensive rating has ballooned to 104.1. It was just 103. 7 before the break, The difference isn’t much but prudence tells us that the Warriors should be sharpening their defense at this stage of the season, not relaxing.

Sure, Offense has always been this team’s calling card. But offense only wins games. Defense wins titles. Warriors cannot win this year’s title by outgunning the Rockets. They need to stop Houston’s shooters too. Again, we’ve seen how good the Warriors’ defense is during the postseason. Until we see it break down next month, there’s no reason not to trust the Dubs’ defense in the playoffs. 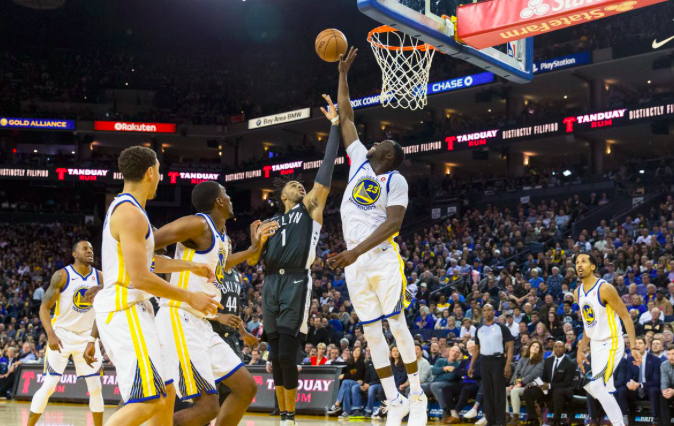 Vulnerable? Not really. Bored is perhaps the better way to call it. How the Warriors have been very dominating since 2015 is simply incredible. But in getting there, there must also have been plenty of exhaustion both physically and mentally. How much more in keeping that pace? We’re not saying that this team can’t keep up that pace. However, the monotony of being invincible has led to slippages in both focus and defense. But there is nothing to worry about for the Dubs’ faithful. The Warriors have a stacked line-up that was built to play until the month of June. There is no sense of urgency in the regular season. The games that matter are those that begin on April 14, 2018. And the Warriors are ready for those, regardless of their winning record.

Sure, they might yield the overall home court advantage to the Rockets. But the likes of P.J. Tucker and Luc Mbah Moute must show that they can hit their three pointers in May. While the Rockets may have more firepower, they still have plenty to prove in the playoffs. The Dubs? They are a tried and tested machine. And they are fool proof in the postseason.

Finishing second to the Rockets in the team standings may also be the challenge that these Warriors are looking for. It may be the circumstance that’s going to awaken the sleeping giant in the playoffs. This team has won it all, twice at that. They know what it is to win from the top. Maybe they want to try what it feels like to win as #2.

While home court advantage is crucial, the Warriors certainly don’t need it if they are complete and if they are locked in. At their best, the Warriors aren’t just the best offensive juggernaut in the NBA. They are also one of the best defensive teams in the league. If they click on all cylinders, they are almost impossible to beat.

We can only speculate about whether Andre Iguodala and Shaun Livingston have finally grown old overnight or whether they are simply saving their best for the postseason. But if you have to make a bet on either statements, most would place their money on Iggy and Livingston. Unless proven otherwise, Iguodala and Livingston are going to turn it on in the playoffs.