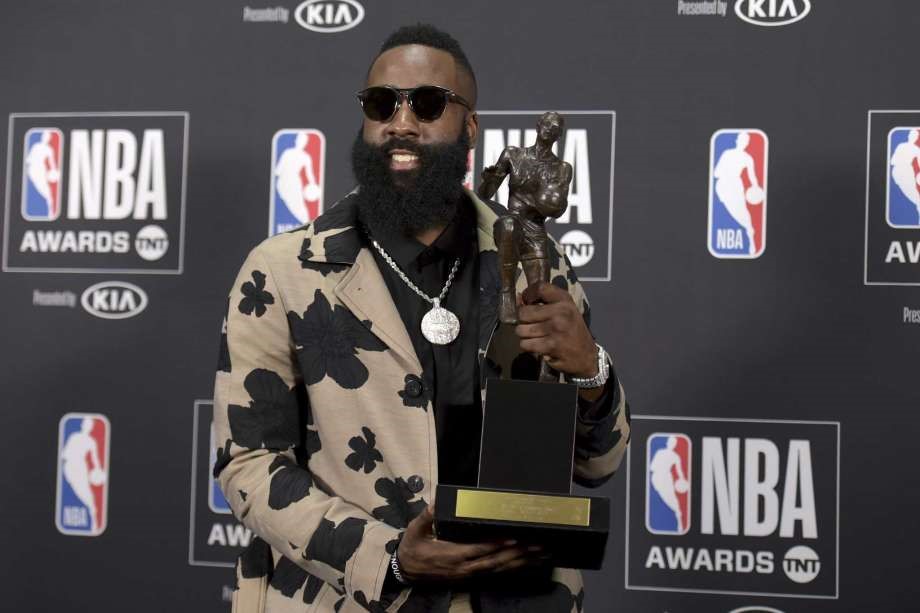 Harden bested finalists LeBron James and Anthony Davis to become only the third player in Houston Rockets history to win the Maurice Podoloff award after Moses Malone ( twice ) and Hakeem Olajuwon. He also joined Bill Walton as the only player to win both the MVP and the Sixth Man of the Year award during his NBA career. 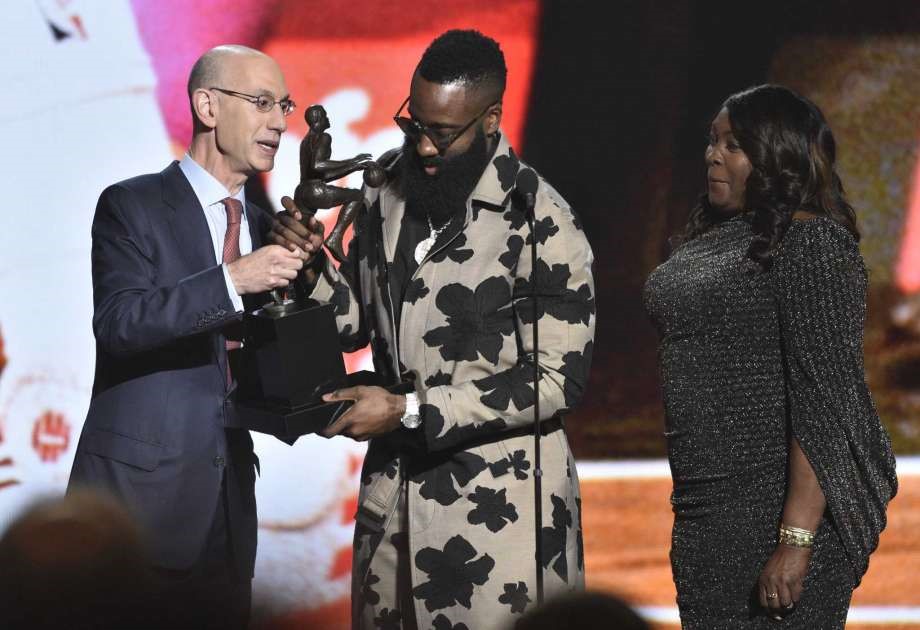 Harden was the league’s top scorer on the NBA’s top team. He averaged a league best and career high 30.1 points per game during the 2017-18 season while leading the Rockets to the NBA’s best record and the franchise’s best season ever with 65 wins last season. In doing so, he also became only the 4th player in league history to average at least 30 points per game on a 65-win team. Like Harden, all three before him also won the MVP during their 30 point and 65 win season.

But while he was as deserving as the MVPs before him, Harden didn’t have a prepared acceptance speech like most had. When he was asked by reporters after the show why he didn’t have an MVP speech ready, the 28 year old California native said:

"Honestly, because I didn't know. You know, I felt like last year I should have won as well, so I didn't see a difference between last year and this year. If I won it, then I was going to go off the top and try to, you know, show my appreciation to everybody helping me along the way. Give respect and pay my dues."

Since arriving from the Oklahoma Thunder in 2013, Harden has produced one career season after another. During the 2016-17 season though, Rockets’ head coach Mike D’Antoni made Harden the team’s chief playmaker instead of being just its top scorer. Harden thrived in the role and had an MVP season. But the award itself didn’t fall in his hands.

Former OKC Thunder teammate Russell Westbrook went on a triple double rampage during the 2016-17 season. Westbrook became the first player since Oscar Robertson to average a triple double during an entire season. Russ also broke Robertson’s long standing record of 41 triple doubles by putting up an incredible 42 triple doubles that year. So Westbrook bagged the MVP award and Harden went home disappointed. But like in the previous years, he came back better than ever during the 2017-18 season. And this time around, he couldn’t be denied anymore:

"The last four years have been like knocking on the door, knocking on the door," Harden said. "Now the moment is finally here. Just every single year, you try to come back and be better than you were the year before, and just to be holding that trophy finally, it means a lot. But it doesn't stop here. We've got a long way to go. But it feels good to have it though."

Harden may have already accomplished the highest individual award in the game of basketball. But he has yet to win the ultimate prize. The Rockets were one game away from eliminating the Golden State Warriors in the 2018 Western Conference Finals but a hamstring injury to Chris Paul cost them their title aspirations. Winning the MVP is just a consolation but you bet Harden is already looking ahead at next season.

Harden was the main awardee on Monday but he wasn’t the only one who took home a trophy. Here are the other winners who were awarded by the NBA during its season ending show:

Rookie of The Year 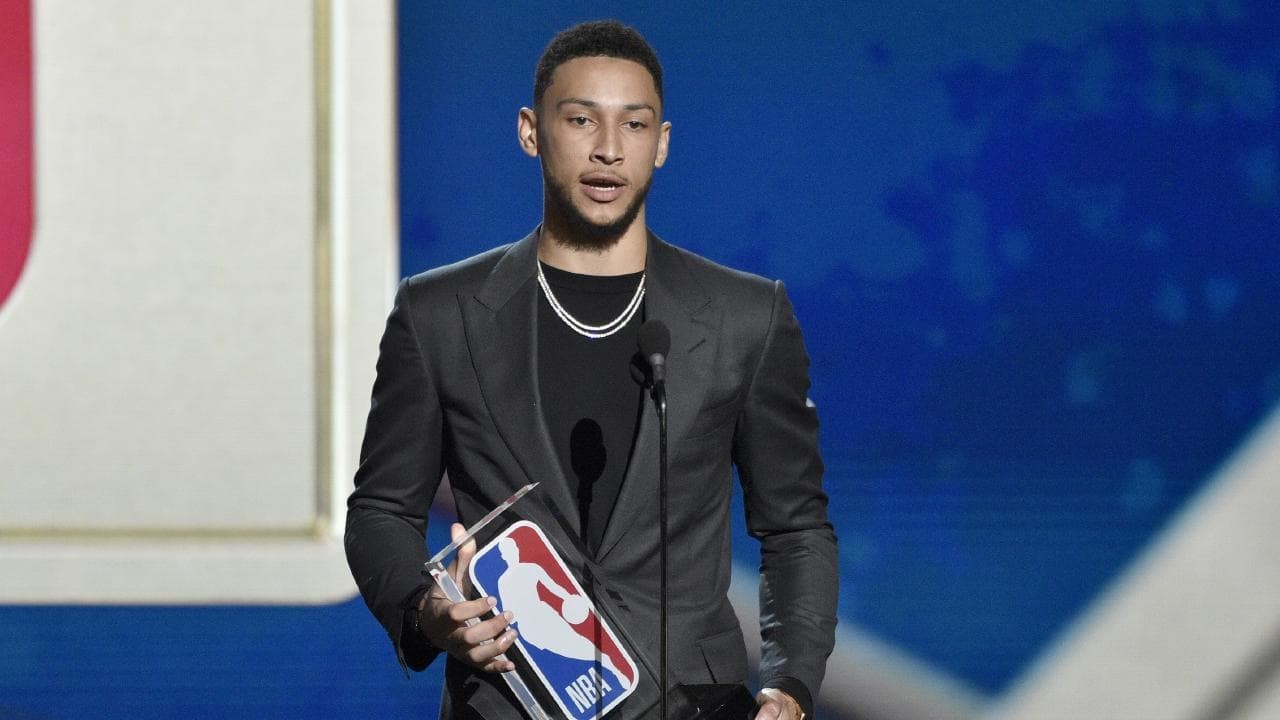 Earlier in the night, Philadelphia 76ers guard Ben Simmons won perhaps the most closely contested award of the evening. The left handed Australian won Rookie of the Year honors over equally strong contenders Donovan Mitchell of the Utah Jazz and Jayson Tatum of the Boston Celtics. Simmons was drafted as the top overall pick in 2016 but missed the 2016-17 season because of a broken foot.

The 6-10 Simmons redefined the point guard position with his size and ability to play the one position. He recorded a total of 12 triple doubles last season, second most by any rookie in the history of the NBA. Simmons also became the 18th Rookie of the Year winner since Tim Duncan in 1997-98 to play for a 50-win team. 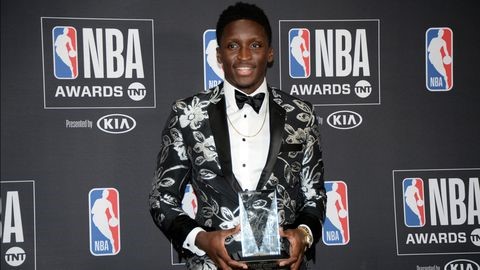 As expected, Victor Oladipo of the Indiana Pacers took home the Most Improved Player of the Year award. Oladipo was the 2nd overall pick in the 2013 draft by the Orlando Magic.In 2016, he was traded to the OKC Thunder along with Domantas Sabonis for Serge Ibaka. Last season, Oladipo was traded by the Thunder to the Pacers ( again along with Sabonis ) for Paul George. Dipo led the Pacers back in the playoffs while putting up career best numbers.

Defensive Player of The Year 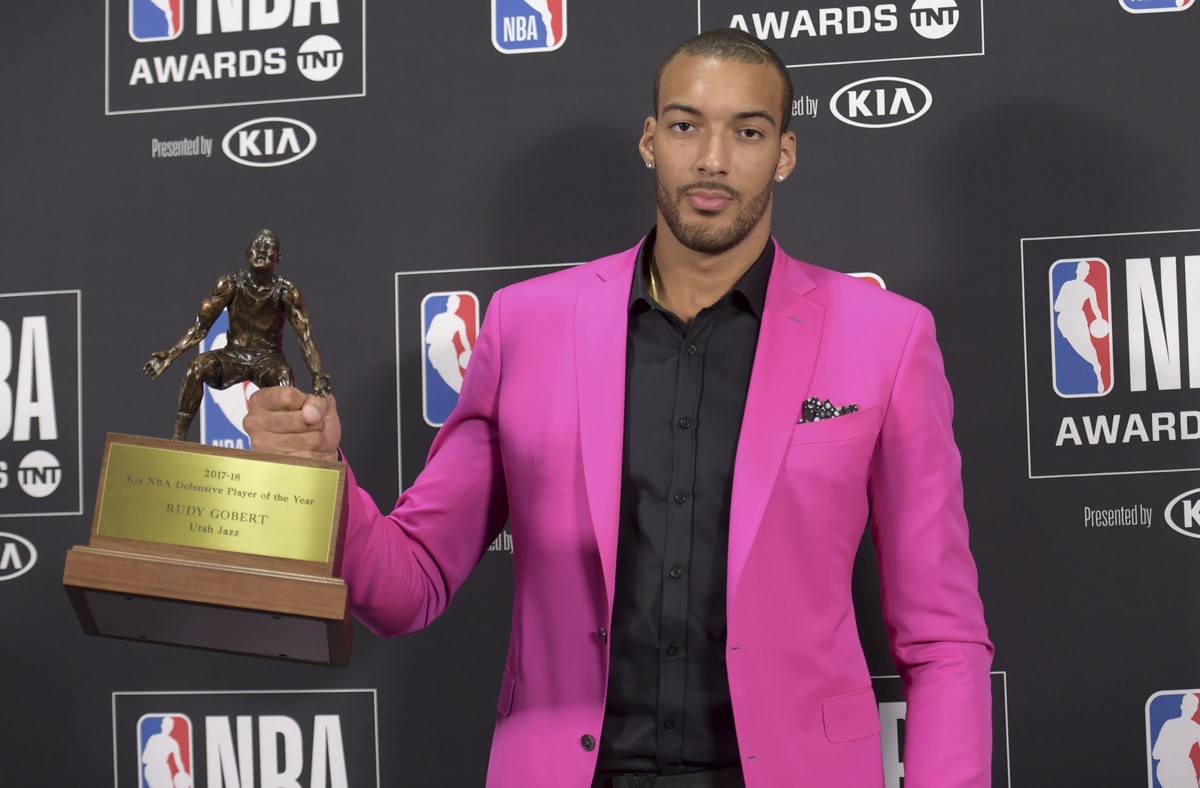 Rudy Gobert of the Utah Jazz was named as the 2018 Defensive Player of the Year. The French Stifle Tower played just 56 games last season due to a knee injury but his impact could not be overlooked. Since returning from injury on January 19, 2018, Utah ranked first in the league in defensive efficiency ( 97.5 points per 100 possessions ) and second in win-loss record ( 30-8 ).

Sixth Man Of The Year 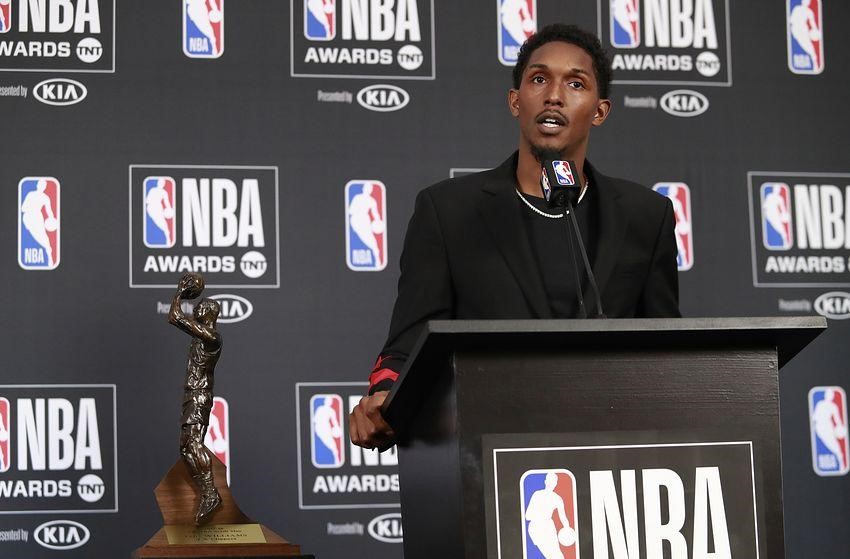 Lou Williams of the Los Angeles Clippers won the 2018 Sixth Man of the Year award. Sweet Lou entered the 2017-18 season never having averaged 20 or more points in a season. He averaged 22.6 points per game last season. He is the first player in NBA history to average 20 points per game for the first time in a 13th season or later.

Williams is only the 5th player to win the award on multiple occasions. He was voted as Sixth Man of the Year during the 2014-15 season when he played for the Toronto Raptors. Jamal Crawford is the only player to win the award more than twice with three. Williams scored 35 or more points off the bench six times last season, the most for any player since the NBA began recording starts as a stat in 1971. The rest of the league only had 5 such games last season.

Coach of The Year 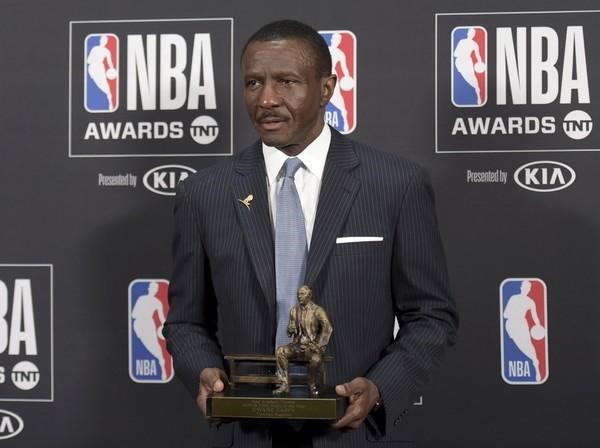 Former Toronto Raptors head coach Dwane Casey was named as 2018 NBA Coach of the Year after leading the Toronto Raptors to a franchise best 59 wins last season. Toronto also had the best record in the Eastern Conference last season but they were swept by the Cleveland Cavaliers in Round 2 of the playoffs.

Toronto’s early exit ultimately led to Casey’s firing last month and with his win on Monday, he becomes the 4th head coach in NBA history to win the award and not return to coach his team the following season. Casey was hired as head coach of the Detroit Pistons earlier this month.