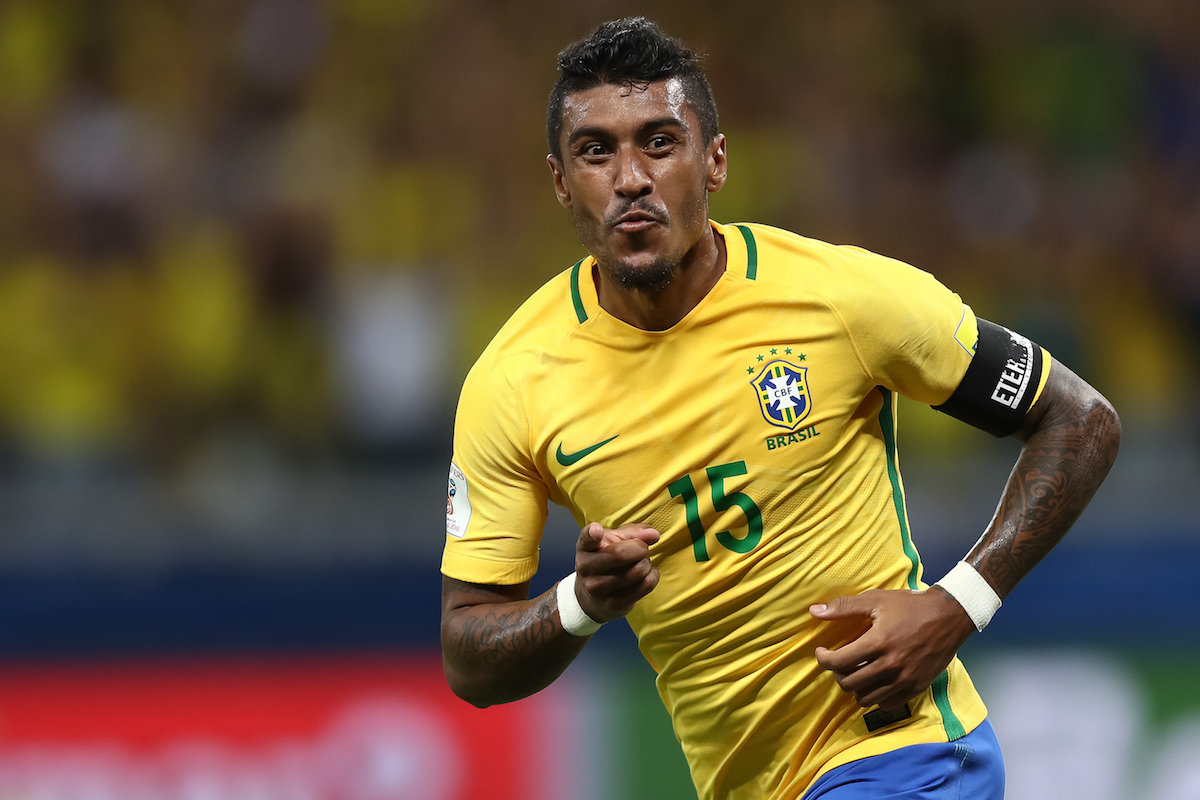 Barcelona have officially signed the dynamic Brazilian midfielder Paulinho from Chinese club Guangzhou Evergrande for 40 million euros.
The transfer of Paulinho to comes after the world record transfer of Neymar to PSH for 222m euros. The Catalonian club are looking to rebuild their side after a disappointing season and the loss of Neymar.

Barcelona made the official announcement on the club website at 12:54pm. The announcement stated the agreed fee, and a contract of four years with Paulinho Bezerra. His release clause was also set at €120 million. Paulinho is currently doing the final paperwork, and is expected to be unveiled on Thursday before going for a medical.

The move was long expected with the two clubs in talks for a while. Previously, Paulinho had an unsuccessful stint with Tottenham Hotspurs in the 2013-2014 season. Subsequently, he fell out of the Brazilian national squad for poor form.

He then joined Chinese club Guangzhou Evergrande with the aim of rebuilding his career and it worked out well. Having played 80+ games in the Chinese league, Paulinho has become the best player across Asia. His performances even got him a sport back in the Brazilian nation side and he scored a hat-trick in a 4-1 win against Uruguay during world cup qualifiers.

FC Barcelona sent out an Instagram post which hit close to one million likes welcoming Paulinho to the club. He can be seen dressed in Brazilian kit, looking quite determined, which sends a subliminal message to Barca’s competitors and possibly signals a host of much more to come.

” Brother, all the fortunes of the world for you ... I hope you are as happy as I was.”

The two are Brazilian team-mates, and it is good to see that there is no love lost between Neymar and Barcelona.

Barcelona and Brazilian Legend Rivaldo also wished Paulinho well at the Catalan side. Rivaldo said on his Instagram account:

““Welcome to @fcbarcelona, I wish you the best of luck in this new stage, for sure you made the best choice @ paulinhop8. God bless you.”

What does Paulinho bring?

Following an embarrassing 3-1 El-Classico defeat at the Camp Nou, Barcelona coach Ernesto Valverde clearly has a lot of work cut out for him. The midfield was terribly was exposed during the game, and the pace of play was unusually slow for a usually dynamic Barcelona side. Valverde would be hoping that the signing of Paulinho bridges the gap between defense and attack for Barcelona.

He brings a box-to-box style play, with high level of stamina and fitness being essential to his game. No doubt he will have to take it a step up, as La Liga is a step up from the Chinese League. Paulinho is generally very skillful with the ball and has a good range of passing as well.

He possesses great defensive ability, and is likely to partner Busquets in this role. He is also dynamic in the air when it comes to set plays. A career tally of 468 games with 99 goals is not too bad. He has also been part of the Serie A Team of the Year: 2011 and 2012 in Brazil, won the FIFA Confederations Bronze Ball as well as part of the Chinese Super League Team of the Year in 2016.

Paulinho does not necessarily bring along the glitz and glam that other signings have brought in this year, but it is definitely what Barcelona needs right now.