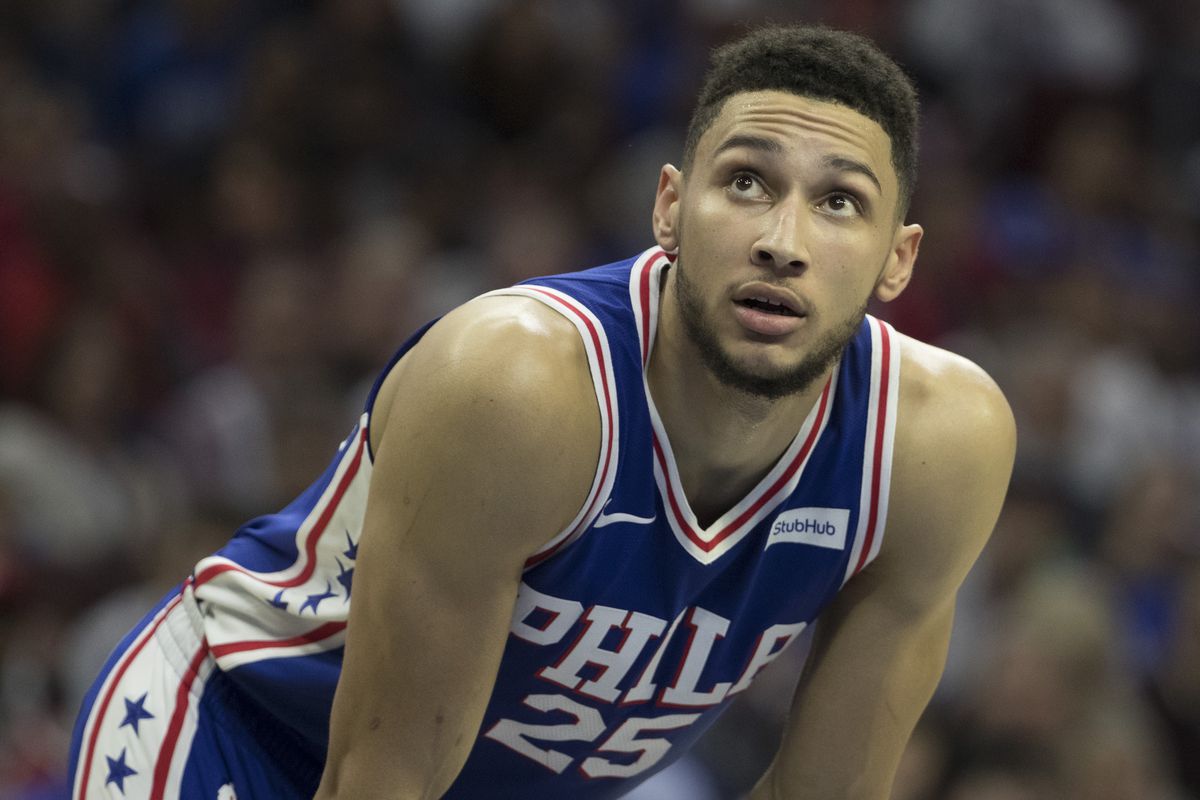 Ben Simmons Proving That He Is Worth The Wait

Ben Simmons missed his entire rookie season with an injury. Now that he’s healthy, the Sixers’ prized top pick is making up for lost time

Simmons rolled his ankle in the 76ers final scrimmage during the 2016 training camp. After X-rays and an MRI, it was ruled that the former LSU standout suffered a fracture of the fifth metatarsal bone of his right foot. Initially, it was pegged that the #1 pick of the 2016 Draft would miss 6 to 8 weeks because of that injury. But after missing the first 56 games of the season, Philadelphia decided to shut Simmons down for the rest of the year. 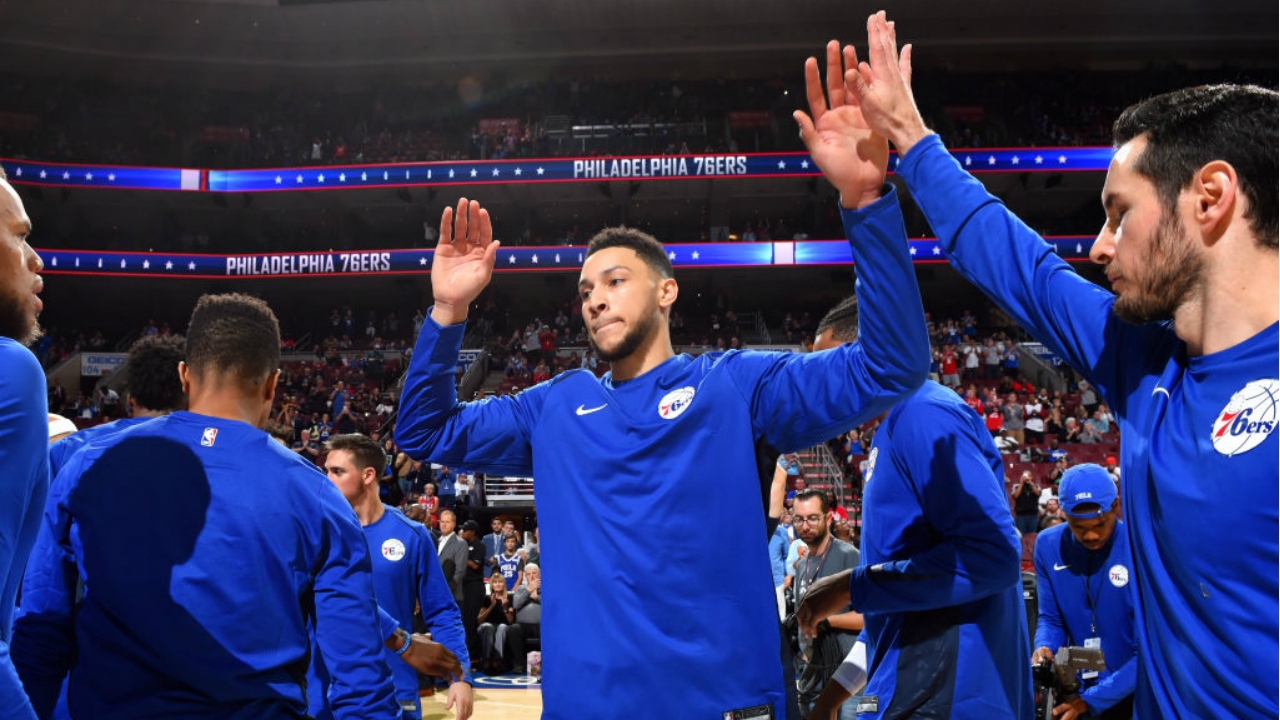 In his highly anticipated NBA debut, Simmons scored 18 points, grabbed 10 rebounds, issued 5 assists and had 2 steals against the Washington Wizards. The Sixers dropped their season opener 115-120 but Simmons was labeled as ‘exceptional’ by Coach Brett Brown after the Sixers fought back from a big deficit behind their prized Aussie ‘rookie’.

The Sixers also dropped their second game of the season to the Boston Celtics, losing by a score of 102-92. But if there was a silver lining to that defeat, it was Simmons who followed up his impressive Washington debut with another solid showing against the Celtics.

Simmons notched another double double with 11 points and 10 boards ( He also had 5 assists and 1 steal ) against the Celtics. With that statline, Simmons made the history books by becoming the first player in the history of the Sixers franchise and the 11th player overall in NBA history to begin his career with two double-doubles.

In his third NBA outing, Simmons flirted with a triple double as he tallied 18 points, 10 rebounds and 8 assists. The Sixers dropped their third consecutive game, losing to the Toronto Raptors 128-94. But once again, Simmons made history by becoming the second player in NBA history ( the other was Oscar Robertson ) to begin his career with three straight games of at least 10 points, 10 rebounds and 5 assists. 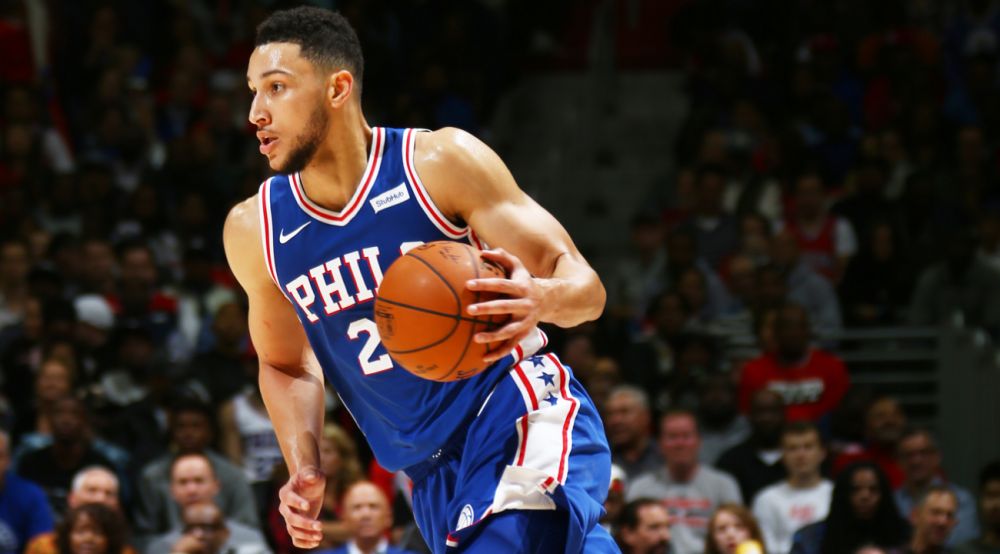 Then in the Sixers next game, Simmons led his team to their first victory of the season, a 97-86 win over the Detroit Pistons. In that game, the versatile 6-10 guard/forward scored 21 points to go along with 12 boards and 10 dimes to tally his first ever career triple double in only his fourth NBA game.

You guessed it right, Simmons made history for the third consecutive game. Simmons became the first Australian to record a triple-double in the NBA. Huge feat for a 21 year old? Sure, but that wasn’t it yet. Simmons also became the first rookie to put up a triple double in 50 years.

The last rookie to achieve a triple double feat was Art “Hambone” Williams in 1967. The only other player do that as a rookie was no other than Oscar Robertson himself who recorded triple doubles in each of his first four games as a rookie during the NBA’s 1960-61 season.

In comparison, it took LeBron James until midway through his second year in the NBA to get a triple double. No, that’s not saying that Ben Simmons is necessarily a better all-around player than King James ( not by a mile, at least not yet ) but Simmons’ four game averages of 17.0 points, 10.8 rebounds, 7.0 assists and 1.0 steals per game are pretty much impressive. 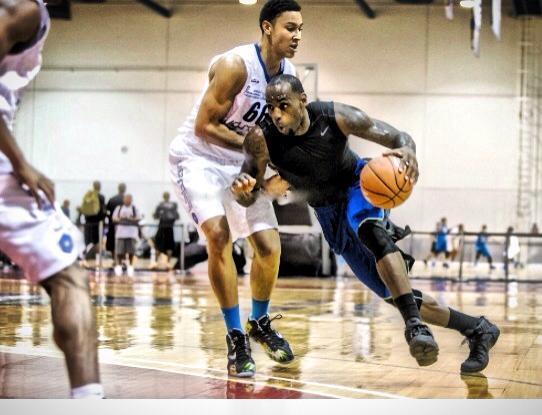 Ever since he was in college, Simmons has been compared to James and has been touted as the ‘Next LeBron’ because of his all-around skillset and size. Simmons and James aren’t strangers to each other. In 2015, James said Simmons was already in his radar, watching him play even before Simmons showed up at Baton Rouge.

James and Simmons also spent the summer of 2015 together at the Nike Basketball Academy in Santa Monica, California where King James was an instructor and Simmons was a counselor. Since then, the two regularly spoke on the phone and Simmons likened James to a ‘big brother’. Now, little brother has joined big bro in the big league.

The Sixers play LeBron James and the Cleveland Cavaliers four times during the 2017-18 NBA season. The first of those four meeting will be on November 27 in Philly. It will be very interesting to see how Simmons will match up against Big Brother LeBron at the NBA level. 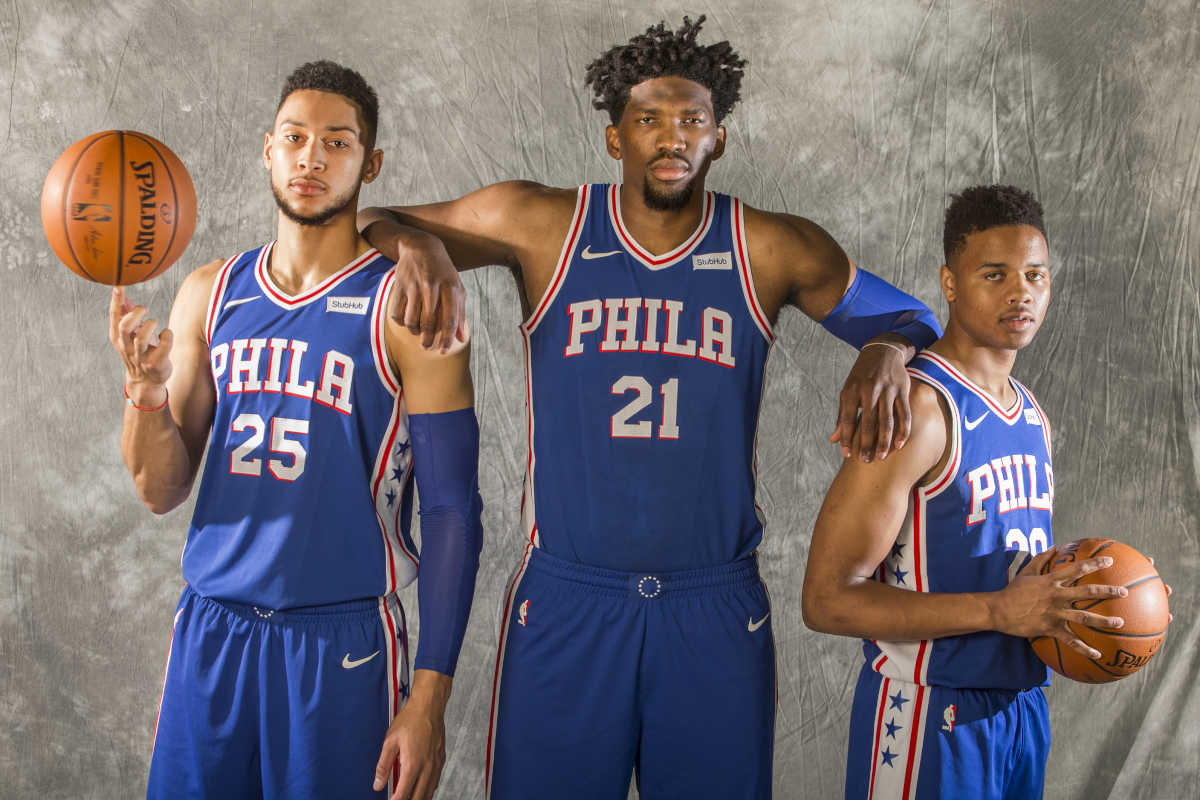 Despite their 1-3 start, much is expected from Simmons and the Sixers this season. Before the current season started, oddsmakers placed the Sixers in the Top 6 of the Eastern Conference:

Check out the updates odds from @LVSuperBook for the NBA Eastern/Western Conference winners pic.twitter.com/N5U5MsBpAc

With a healthy Simmons and a healthier Joel Embiid, the Sixers are poised to finally live up to their ‘Trust the Process’ mantra.

The ‘Trust the Process’ tagline has been attached to the team since the days of Sam Hinkie. Hinkie, the 76ers former GM, embarked on a process of stockpiling draft picks and young talent amidst losing seasons with the hope that one day they will lead the Sixers out of their misery.

Hinkie was fired before the start of last season yet despite that, he already laid the blueprint for the future. The Sixers drafted Simmons last season and then traded up to pick Markelle Fultz as the #1 overall pick this year. Fultz is currently having issues with his shoulder and has not played as projected. That’s another story. But like Embiid and Simmons before him, he should be good as advertised once he’s fully healed.

Going back to the topic, Simmons and Lakers’ 2nd overall pick Lonzo Ball are expected to go toe to toe for the Rookie of the Year Honors. Like Simmons, Ball’s ability to be a triple double threat makes him special. Unlike Simmons though, Ball has the green light to run the show in Tinseltown while Simmons has to share the spotlight in Philly with Embiid. Whether he wins the top rookie honors is just secondary. Ben Simmons has been worth the wait for the Sixers.