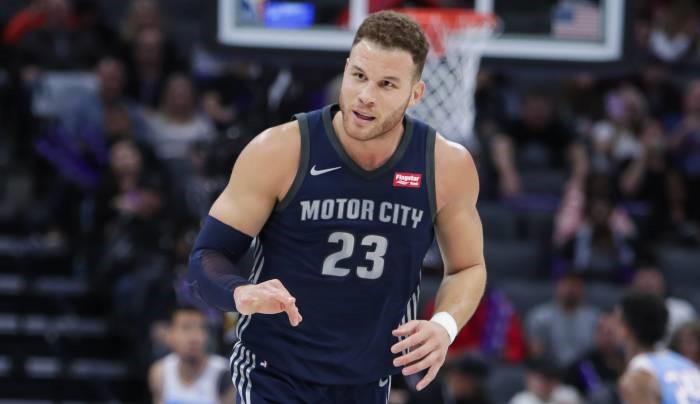 No, Blake Griffin wasn’t ordered to pay $258K in monthly child support as reported. There was no such court order. That was fake news.

“The recent reports of the financial details of the child support agreement between Blake Griffin and Brynn Cameron are inaccurate,” the statement said, according to the Detroit Free Press. “Both sides have settled amicably and are moving forward with co-parenting their two children. Due to the confidential nature of the agreement, no further details will be released.”
The court order would have forced Griffin to fork out around $3M per year. That amount would be bigger than the veterans minimum of $2.4M for 10 year veteran players in the NBA. Still, that would have been pocket change for Griffin, who signed a $173M contract extension with the Los Angeles Clippers before he was traded to the Detroit Pistons.

Reports circulated last week that a court had ordered Griffin to pay child support to the mother of his two children, Brynn Cameron. Cameron was a former college basketball player from the USC whom Griffin lived with from 2014-17. 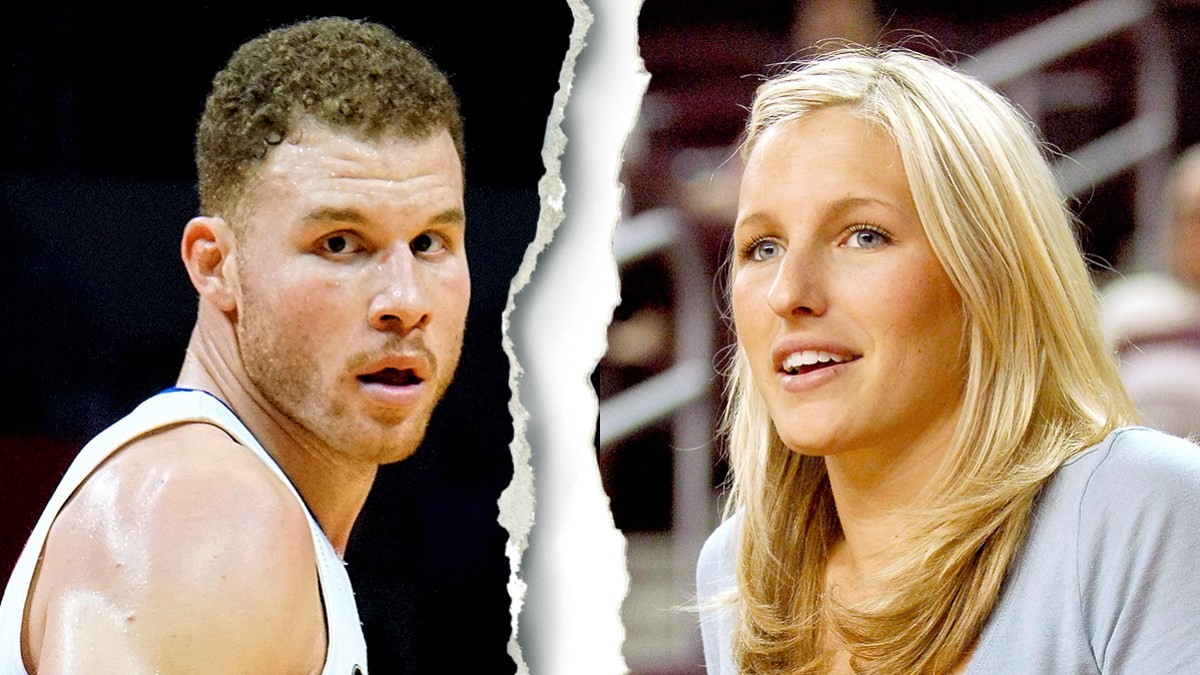 Radar Online earlier claimed to have obtained court documents which say that Griffin must pay his baby mama $258,000 in monthly child support. Per Radar Online, court documents show that Brynn Cameron claimed that she and her two children with Griffin- 5 year old Ford Wilson and 2 year old Finley Elaine, were booted out of his $12M Pacific Palisades mansion in August 2017. She added that she and her children have been living in a hotel and have also been “couch surfing” at the homes of family and friends.

In a January 2018 declaration to the court, Cameron said that she was “reduced to being homeless”. She asked the court to order Griffin to pay child support because she is jobless. Cameron left her work at an advertising agency in 2013 after the birth of Ford. She also has another child, Cole, from a previous relationship.

She also claimed that she has no savings or properties and that she only had $100 in her personal bank account. Court document also revealed that the former couple had a joint account where Cameron had access to $20,000 per month as well as a credit card for which she had no spending limit.

Griffin and Cameron lived like a married couple for three years from 2014-2017 and were engaged to be married in July 2017. But after the ex-couple could not agree on a prenuptial agreement, Cameron claims that Griffin cancelled their engagement one week before they were supposed to wed. 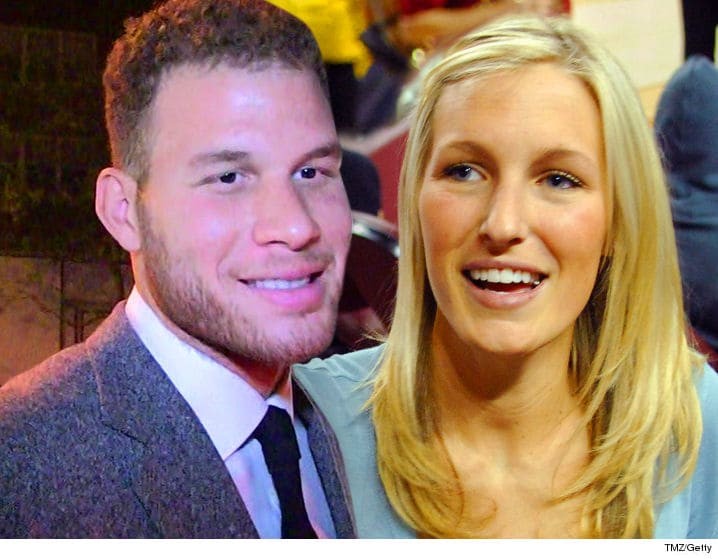 On Valentine’s Day 2018, Cameron sued Griffin for palimony, claiming that he abandoned her and their children in order to pursue reality star Kendall Jenner. In the suit, Cameron claimed that Griffin “cared more about the glamour of dating a Hollywood celebrity than the day-to-day responsibilities of being a father and a family man.”

Cameron also said that in August 2017, Griffin humiliated her and her family after he spent a weekend with Jenner in the Hamptons. She also said that Griffin told her that he had no intention of continuing to live with her and their children.

She alleged that Griffin did not make good on his promise of “full financial support commensurate with her lifestyle and her share of their joint property”. That left her and her children “homeless, cash-strapped and forced to rely on her brother for support.”

Throughout the suit, Cameron stated that Griffin made repeated promises to support her after convincing her to give up her job in order to raise their children and help Griffin focus on improving his career as well.

“Cameron was not just the mother of Griffin’s children and their caregiver, she was also a constant support for Griffin — his personal assistant, meal planner, scheduler, stylist, publicist, party planner, nurse, nutritionist, branding expert, therapist, cheerleader, basketball and fitness consultant, and more.”

Griffin denied all her allegations and said that he would answer the case in court. He said that it was a private matter which should not be tried in media because they have two young children whose well being should be their first and foremost concern and focus. 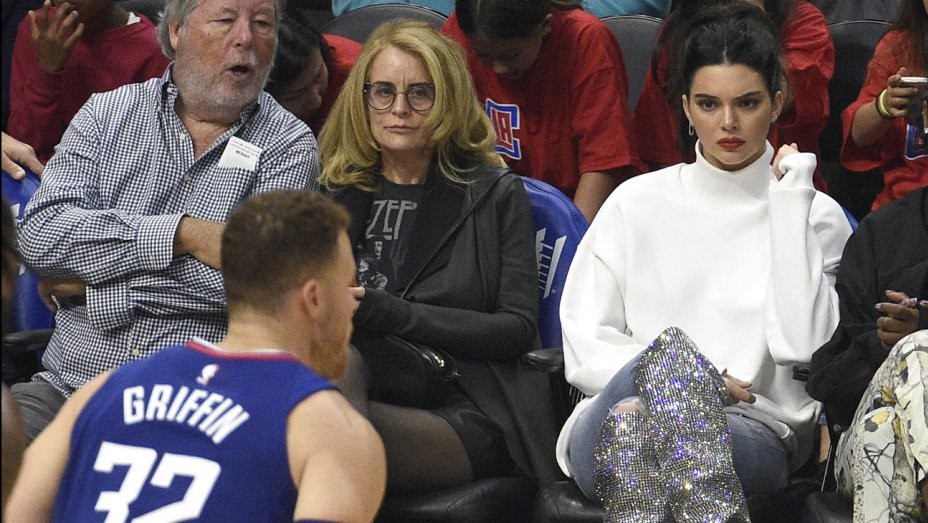 Later that month, Griffin and Jenner were spotted double dating with Memphis Grizzlies basketball star Chandler Parsons and Jenner’s BFF Hailey Baldwin. The foursome enjoyed a sumptuous dinner at Craig’s in Los Angeles. After the meal, Griffin, Jenner and Parsons left together in the same car.

The following evening, the pair was spotted at Nobu with their circle of friends. On the next night, they cozied up again at the Sohu House in Malibu. After stepping out three nights in a row, the two refused to admit that they were a couple. There was never really and admission by either but sources close to them admit that they were in a relationship and that they managed to keep it very private.

In April, Jenner admitted that she “liked her private life” and called Griffin “nice”. She told Vogue that “she’s happy having someone very nice” to her. When the NBA season began in October, she was spotted several times watching the Los Angeles Clippers games and cheering on Blake Griffin.

But after Griffin was traded to the Detroit Pistons at the NBA’s trade deadline in February, the couple cooled off and began taking things at a slower pace because he was no longer in Los Angeles and the distance between them had made the couple grow apart. Kendall Jenner is currently linked to another NBA star-Ben Simmons of the Philadelphia 76ers.

Jenner is the daughter of former Olympian Bruce Jenner, now known as Caitlyn and Kris Jenner. She is a half sister of the famous Kardashian girls who are known to have cursed every NBA player that they’ve been involved with.

Kim Kardashian was married to former NBA player Kris Humphries. While Humphries was never a star in the NBA, he had a very decent career. After their 72 day marriage ended in divorce, Humphries’ basketball career spiraled downward and he was soon out of the NBA.

The same thing happened with former Los Angeles Lakers superstar Lamar Odom. Odom was a member of the Lakers’ title teams in 2009 and 2010 and was the NBA’s Sixth Man of the Year winner in 2011. But after his relationship with Khloe Kardashian started to get in trouble, Odom also lost his NBA career and later almost lost his life in a drug overdose.

Khloe Kardashian was also in a relationship with the NBA’s 2018 NBA MVP James Harden and although she didn’t bring harm to Harden, the Rockets star’s career took off after he split with Khloe. Khloe then moved to Tristan Thompson of the Cleveland Cavaliers. After several promising years, look at what has happened to Thompson’s career now.

We’re not saying that everything happened because of the Kardashian girls. That would be unfair to them. But it’s a fact that after NBA players get involved with anyone of them, their careers take a hit. Griffin got traded to the Pistons and got in a legal battle with his ex. The amicable settlement makes Griffin’s life a lot easier now and makes us want to believe that the curse really lies with the 100% Kardashian girls. But then again, let’s wait for what happens next to Ben Simmons.