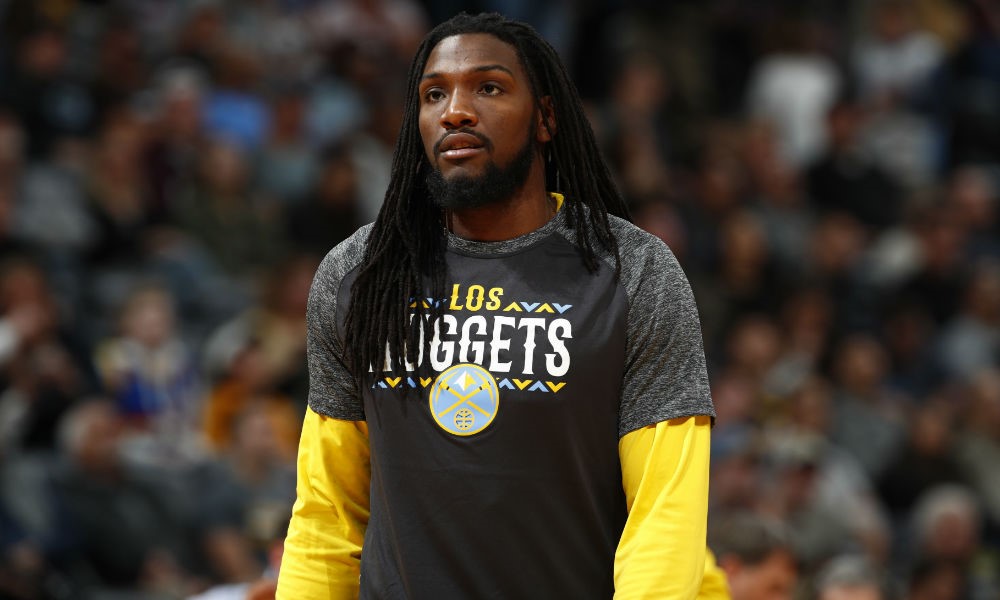 Kenneth Faried’s career with the Brooklyn Nets is off to a bad start.

After being traded to the Brooklyn Nets over the summer, Kenneth Faried was looking forward to a fresh beginning. On Sunday though, the Nets’ newly acquired forward was arrested for illegal possession of marijuana at a weekend DWI sobriety checkpoint in Long Island, according to officials.

Charged With A Misdemeanor

Southampton Town police said that 29 year old Kenneth Bernard Faried Lewis, more popularly known as Kenneth Faried in NBA circles, was arrested at 1:30 am on Sunday at the Montauk Highway in Bridgehampton. Faried was a rear passenger in a vehicle that police said produced “strong odor of marijuana”. Upon inspection, Faried was found to have in possession of more than two ounces of marijuana.

As a result, Faried was charged with fourth degree marijuana possession, which is considered a misdemeanor. He was taken to the police headquarters for processing and was later released after paying a $500 bail.

Two other persons in the car, identified as 25 year old Atar Hajali and 33 year old Taurean Knuckles, were also arrested for marijuana possession but were only given appearance tickets to appear in Southampton Town Justice Court in Hampton Bays at a later date but were released on the scene. Faried’s charge was ‘more serious’ because he was found in possession of more than 2 ounces of weed. 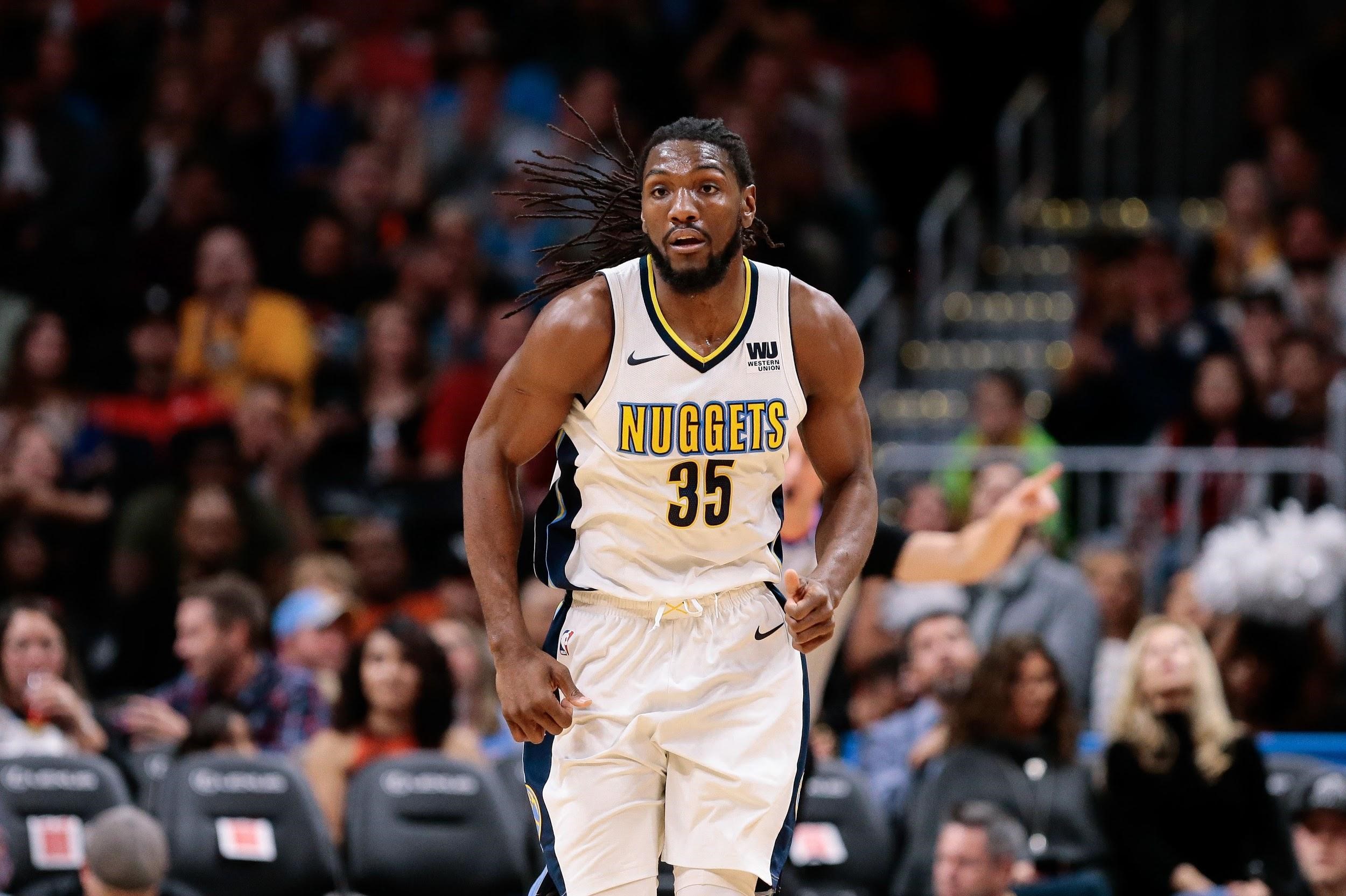 According to the police report, an unspecified amount of money was also seized from Faried. However, town Police Lieutenant Susan Ralph refused to comment on what circumstance the money was confiscated, per report from 27east.com. Police also did not specify who was driving the vehicle.

Faried was in Southampton to attend an event hosted by the United Negro College Fund. On Monday, the Nets’ forward posted about his weekend on Instagram:

“This weekend was fun & educational! Thank you for having us @uncf and @hellobeautiful #AMindIs #Infinite8Vision styled by @smfglobalconsultants : @gettyimages,”

Meanwhile, the Brooklyn Nets have released a statement regarding Faried’s arrest. In a post at the NetsDaily, Nets Senior Manager of Public Relations Eli Pearlstein said that the Nets

“are aware of the situation involving Kenneth Faried and are in the process of gathering more information at this time.”

The Nets had no other updates as of Tuesday.

Faried was the Denver Nuggets’ 22nd overall pick in the 2011 NBA Draft after a standout career at Morehead State where he became the NCAA’s leading rebounder in the post 1973 era with a total of 1,673 boards.

The 6-8 forward led the Ohio Valley Conference in rebounding during his sophomore and junior seasons, averaging 13 rebounds per game in both years. He declared for the NBA Draft after his junior season but changed his mind and returned to play his senior year in the NCAA. He would go on to break Tim Duncan’s modern era ( post 1973 ) NCAA Division 1 all-time rebounding mark of 1570 which stood since 1997.

Faried also led the nation in rebounding during his senior season and he would go on to become the MVP of the 2011 Reese College All-Star Game and earn 2nd Team All-American honors from Fox Sports and the Basketball Writers Association of America. Morehead State also earned an 11th seed in the 2011 NCAA Tournament where they upset 4th seeded Louisville in round one. 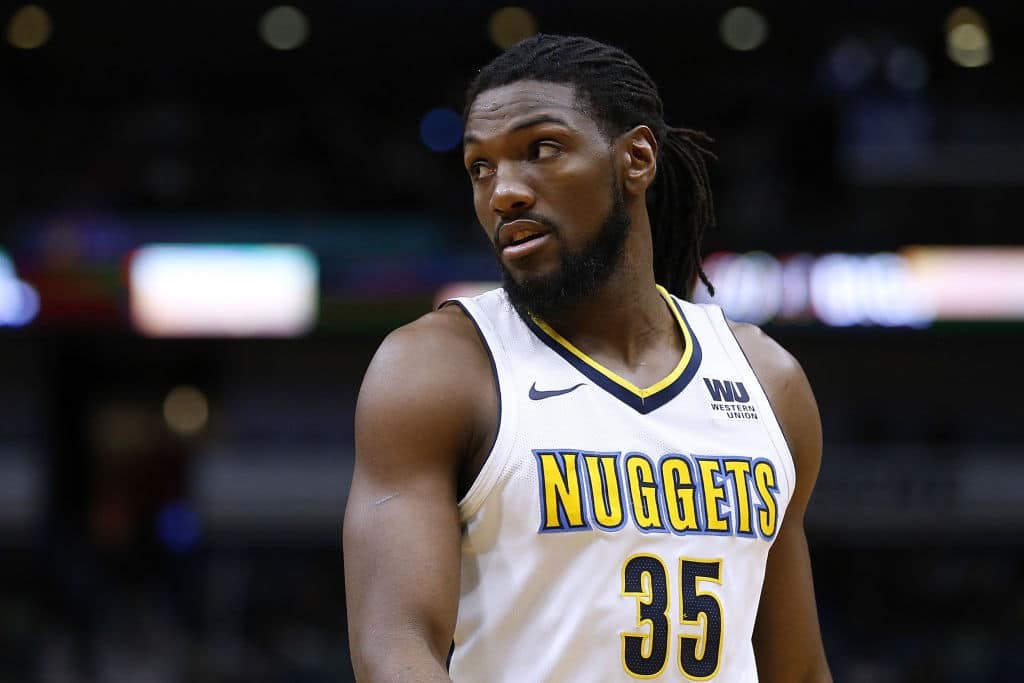 As a rookie, Faried exceeded expectations. Despite being undersized for his position, Faried was able to impose his physical presence on the courts while contributing excellent numbers for the Nuggets. Earning the nickname “The Manimal”, Faried would average 10.2 points, 7.7 rebounds and 1.0 blocks per game while shooting the ball at a high .586 clip as a rookie. He would also earn All Rookie 1st Team honors after the season and would finish third in the 2012 Rookie of the Year balloting behind Kyrie Irving and Ricky Rubio.

Faried would see his numbers increase in each of his first three seasons. His best NBA season came in 2013-14 when he averaged a career best 13.7 points per game. He would later be included in the U.S. Men’s Basketball team which played and won the gold medal at the 2014 FIBA Basketball World Cup in Spain. During a four season stretch from 2013-2016, Faried boasted averages of at least 11.5 points and 8.6 rebounds per game in each season.

But as the game of basketball continued to evolve, Faried’s offensive limitations started to hurt him. With taller power forwards now hitting three pointers with ease, he found his role slowly dwindling. The final straw came after the Nuggets also acquired All-Star Paul Millsap in 2017 and Faried has his worst season in 2017-18 where he posted career lows in scoring ( 5.9 PPG ), rebounding ( 4.8 RPG ) and minutes ( 14.4 MPG ). In a total of 441 career games played, Faried posted averages of 11.4 points and 8.2 rebounds per game while shooting 54.3% from the floor.

Traded To The Nets 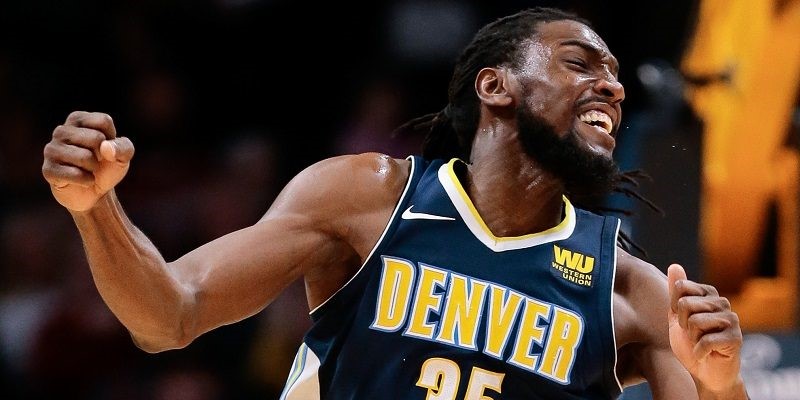 Last month, the Nuggets traded Faried to the Brooklyn Nets in a salary dump. Denver was looking for some cap relief after signing franchise player Nikola Jokic and forward Will Barton to deals that cost the team some $200M. So they sent Faried, Darrell Arthur, a protected first round pick and a future second rounder to Brooklyn in exchange for Isaiah Whitehead, whom they subsequently waived.

Trading Faried and Arthur saved the Nuggets some $21M in salaries for the upcoming season and another $22M in luxury tax payments. The trade was supposed to give Faried a fresh start in a rebuilding team that only had Rondae Hollis-Jefferson and Ed Davis as power forwards. Brooklyn ranked 9th in the NBA in rebounds but were only 15th in offensive rebounding 25th in offensive rebounds allowed.

Not only was Faried expected to toughen up the Brooklyn defense, he was supposed to become one of their veteran leaders. It remains to be seen now how this recent brush with the law will affect his role with the team. But it’s definitely not a good start to a new career in a new home.