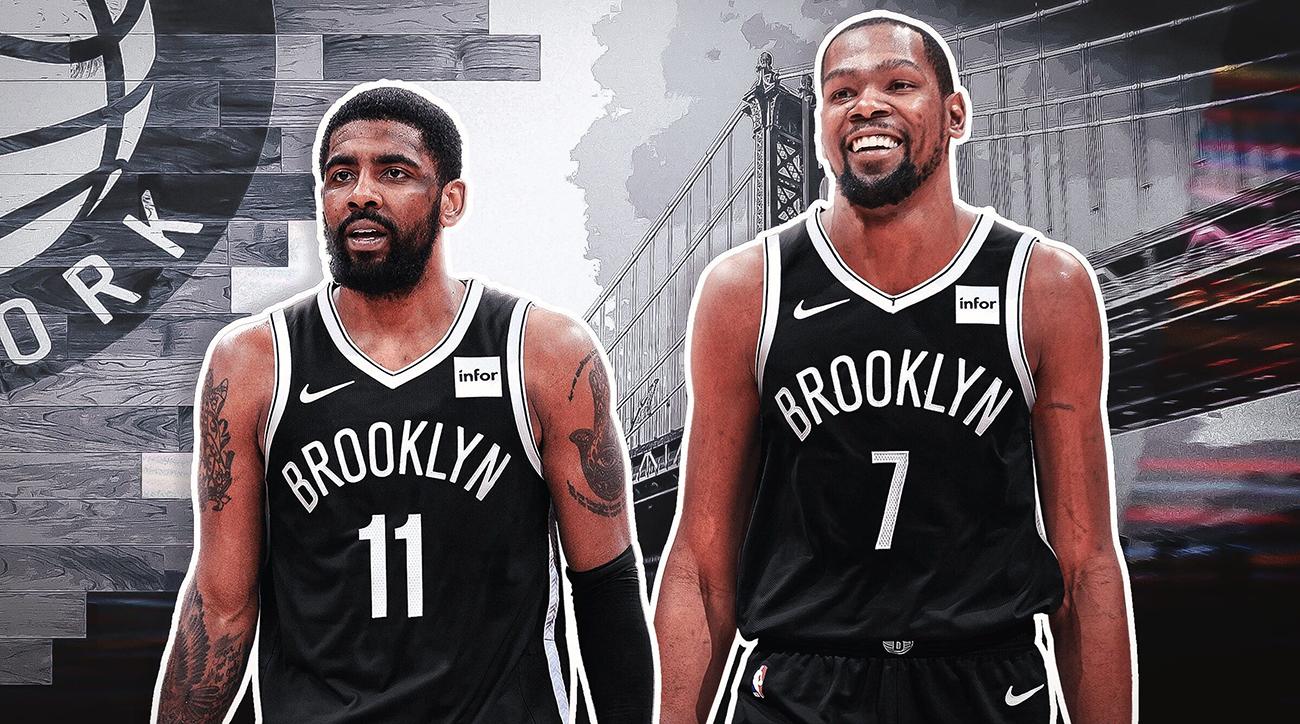 After more than a year of missing the NBA court, a former Most Valuable Player has finally come back. Kevin Durant tallied 15 points, 3 rebounds, 3 assists and 2 steals in the Brooklyn Nets’ preseason win over the Washington Wizards. Durant logged in limited minutes for his new team, but his movements were fluid and his first basket was via a hard baseline drive for a strong dunk.

On top of KD’s debut as part of the Nets’ active roster, Brooklyn fans also got to witness his partnership with co-star Kyrie Irving. Irving waxed hot in the opening quarter, although he only played 17 minutes in the win. The one-time NBA champ tallied 18 points and 4 dimes, combining with Durant in the offense, especially in the first half.

Even though he had an excellent and efficient outing, Durant admitted that he was a bit anxious before entering the NBA court for the first time in more than a year. As per Malika Andrews of ESPN, Durant said that he was imagining this golden moment for so long.

"I was anxious, nervous. I visualized this moment for so long -- nine, 10    months of thinking about how it would be, this next phase of my career.        I felt like I was chomping at the bit, especially once COVID hit because I didn't see a future -- when the season was going to start in the               future. I was going through it.

So to go through this felt solid."

Durant was obviously having the time of his life, and was seen on TV having good laughs with teammate DeAndre Jordan and even his former Oklahoma City Thunder co-star Russell Westbrook, who is now playing for the Wizards.

Steve Nash, the Nets’ newly-minted head coach, emphasized how “amazing” it was to see KD bounce back from a major injury with such joy and optimism.

“It’s amazing. This is an injury that very few people conquer, so to speak. He brings a joy, a child-like joy, and a love for the game every    day when he comes to work. So it’s beautiful to see him back out on the court.

That’s the reason he’s out there after this devastating injury is because he does have such a passion to play.”

Still, KD admitted that there’s a lot more work to be done. Chemistry is still a question that the Nets will be hard-pressed to solve. By acquiring two superstars in Durant and Irving, the obvious mentality for this squad is a championship-or-bust approach.

But chemistry takes a while to develop, especially with the number of ball-handling scorers that the Nets have on their roster. But Durant also reiterated that he has to be better individually, especially at the most important stages of the playoffs.

“I didn’t think I played great. I had some solid moments, but for the most     part just getting my feet wet playing against somebody like Hachimura.  I took that charge earlier and I’m definitely feeling it right now. So it’s good to get back in the flow of things and it definitely gave me some confidence.

Aside from Durant and Irving, Nash will also be pressured to make the right decisions for this success-hungry squad. The two-time MVP point guard is on his first season as an NBA head coach, and his responsibility and accountability are already at a high level.

It’s also worth noting that Spencer Dinwiddie started the game for the Nets tonight. Dinwiddie, who is coming off a productive season in which he eclipsed the 20-point mark in scoring average for the first time in his career, had his name boiling in the heat of trade speculations. There are rumors that he could be included in a trade package for Houston Rockets’ James Harden, although nothing concrete has materialized out of that speculation.

Is LeVert a starter or a sixth man?

After admirably leading the injury-plagued Nets squad during the season restart at the Orlando bubble, what’s next for young budding star Caris LeVert? The Nets obviously saw something in him when they inked him to a three-year, $52 million contract extension, but his role in this fully-healthy Nets team is still vague.

With Durant and Irving returning to their deadly form, it’s expected that the two multiple-time All-Stars will be having the lion’s share of the offensive workload. You still have Dinwiddie, a 20-point scorer, and Joe Harris, one of the best sharpshooters in the league.

So where does LeVert stand in the Nets’ hierarchy of roles? Even head coach Steve Nash doesn’t have the answer right now, as per Brian Lewis of the New York Post.

There’s a thought that he could have more reps with the ball in the  hands if he captains the second unit for huge portions of the games and then plays with the starters in moments where you’re close. All that stuff is to be figured out. But great decisions for a coach to have.”

LeVert normed an all-around stat line of 18.7 points, 4.2 rebounds, 4.4 assists and 1.2 steals, including a decent 36%  clip from the three-point line. But it was in the playoffs that he upped his numbers, increasing his averages to 20.3 points, 6.0 boards and 9.5 dimes per contest.

Those numbers are indeed indicative of a starter-caliber player, and there’s no doubt that he could even be an All-Star if he will be given the opportunity to spearhead a team of his own. He just turned 26 years of age last August, so there’s still room for him to improve his already-polished offensive skill set.

And then there’s also Dinwiddie, who is coming off a career-best year. Nash points out to Dinwiddie’s versatility that will make it easy for the team to integrate him in all line-ups.

Spencer was great out there. I thought he gave us a lift in certain   moments where we needed to up the pace and force. And he has lot of  versatility, he does a lot of different things for us, so he did great.”

The expectation moving forward is that the Nets will first try building a much-needed chemistry for this powerhouse squad. If things click, then they will be fielding an excellent roster depth led by two prime superstars and a couple more borderline All-Stars.