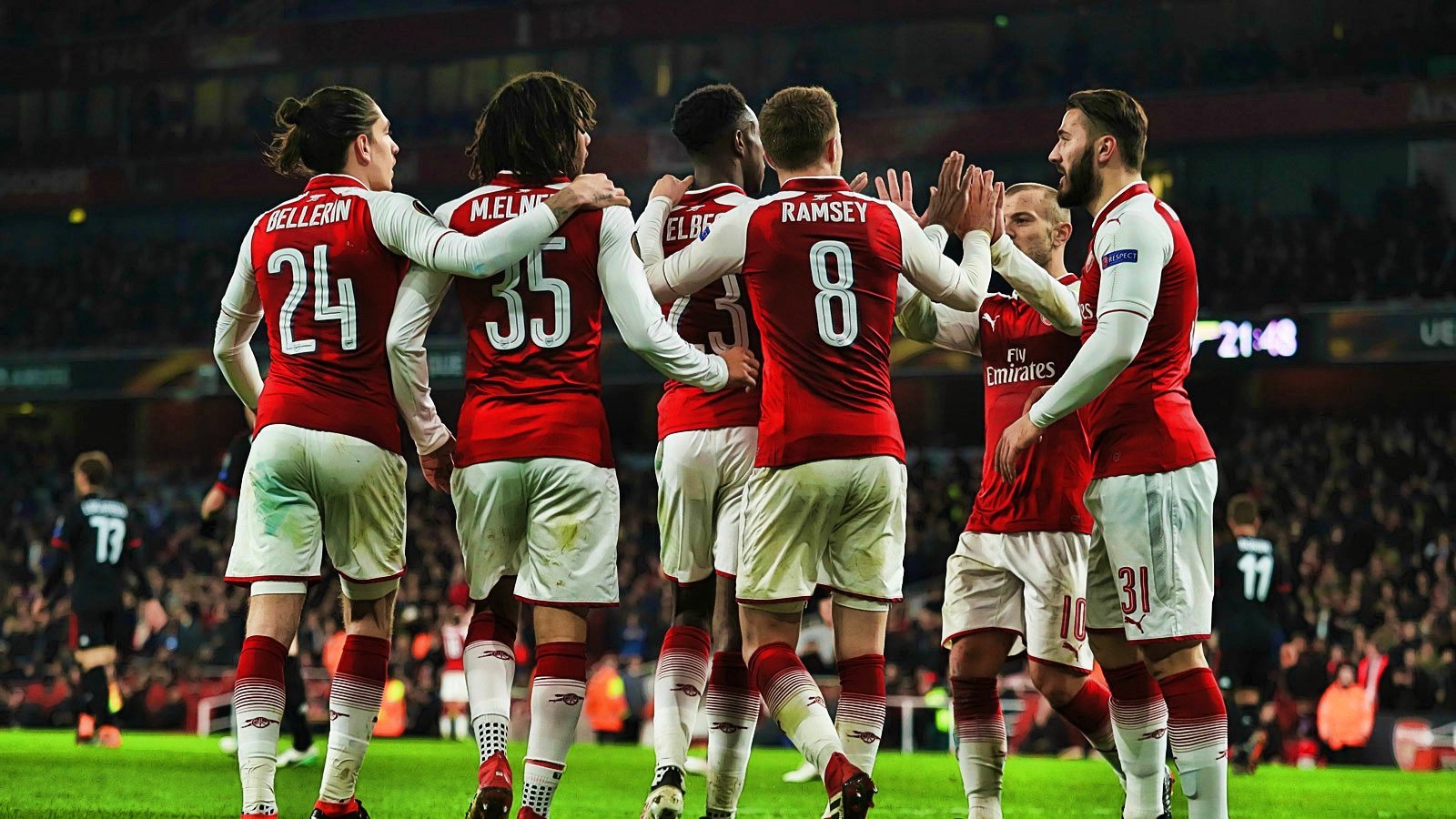 Can Arsenal Win The Europa League?

The final four teams are through and the draw has been made. Arsene Wenger is just three wins away from his first European honour as a manager but the first test could not be harsher for the Arsenal boss. Atletico Madrid are their opponents for the semi-finals with the second leg to be played at the home of the Spanish side. They’ve had a good run so far in this competition but will Arsenal fall at the penultimate hurdle or can they go all the way?

Arsenal’s run of nineteen consecutive seasons in the Champions League came to an end last year when the Gunners failed to qualify for Europe’s premier club competition. It was an incredible run of success which helped make the Gunners amongst the wealthiest clubs on the planet. Thay may still be the case but Arsene Wenger’s men finished fifth in the Premier League and were forced to play their European football in the Europa League instead.

For many years, the Europa League and UEFA Cup has been the subject of mockery from many English clubs. That run appears to be coming to an end soon after consecutive final appearances from Liverpool and Manchester United. Arsenal knew this but used the group stages as an opportunity to play their second string of players. Teenagers like Reiss Nelson and Joe Willock were given time on the pitch as the Gunners finished top of Group H with four wins from six matches.

In the New Year, Arsenal’s mentality appeared to change. A woeful run of form domestically meant that winning the Europa League became the Gunners’ best chance of qualifying for next season’s Champions League. As such, a host of first-team players started to appear as the Gunners got past Ostersunds FK and AC Milan. Arsenal were drawn against CSKA Moscow in the quarter-finals and after a convincing first leg victory, survived an onslaught in Russia to escape with a draw.

Arsenal joined Red Bull Salzburg, Marseille and Atletico Madrid in the pot for the semis with every team eager to avoid the Spaniards. Atletico are, after all, the major 11/10 favourites for the title on Betway as of 13 April. Arsenal drew the short straw and will come up against Diego Simeone’s side in a two-legged tie later this month.

It truly is a daunting prospect for Arsenal. They come up against a side which has won two Europa League titles and reached two Champions League finals in the last decade. Up front, Atletico have the lethal Antoine Griezmann who has once again found his best form with 11 goals in his last 10 matches. But the Frenchman may not worry Arsenal as much as Diego Costa, the former Chelsea star who haunted the Gunners for so many years. Arsenal will also come up against a tough defence, particularly in the match played at Atletico’s new 67,000-capacity stadium, Wanda Metropolitano. Madrid haven’t conceded a single goal in their last nine home matches.

But there are certainly some weaknesses for Arsenal to attack. This isn’t the same Atletico side that is challenging FC Barcelona for La Liga and have only really found form in the last few months. Arsenal’s best chance of progression will hinge on the match at the Emirates Stadium. The Gunners have been scoring goals freely of late – 18 in their last 6 – and as impressive as Atletico have been at home, their away form isn’t great. Just one win in five away matches and no clean sheets in seven shows a frailty which the Gunners must take advantage of.

Arsenal’s toughest test will surely come in the semi-finals but should they get past Atletico Madrid then they must not underestimate their opponents. Both Marseille and Red Bull Salzburg have proven that they can upset big teams in this competition. The Austrian side’s comeback against Lazio must be applauded and Marseille’s 5-2 win over RB Leipzig in Germany was a huge surprise. The Gunners will fancy their chances against either opponent but they must not be underestimated.

The final of the Europa League may be scheduled for 16 May but Arsenal’s biggest test will come a few weeks earlier. The Gunners’ match with Atletico Madrid is the toughest semi-final draw which Arsene Wenger’s men could have gotten and it’s easy to see why. Atletico’s home record is daunting but there are certainly some weaknesses which Arsene Wenger’s men can exploit. If they can take a comfortable lead into the second leg in Madrid then there is no reason why Arsenal can’t go all the way in this competition and secure the first European title of Arsene Wenger’s career.