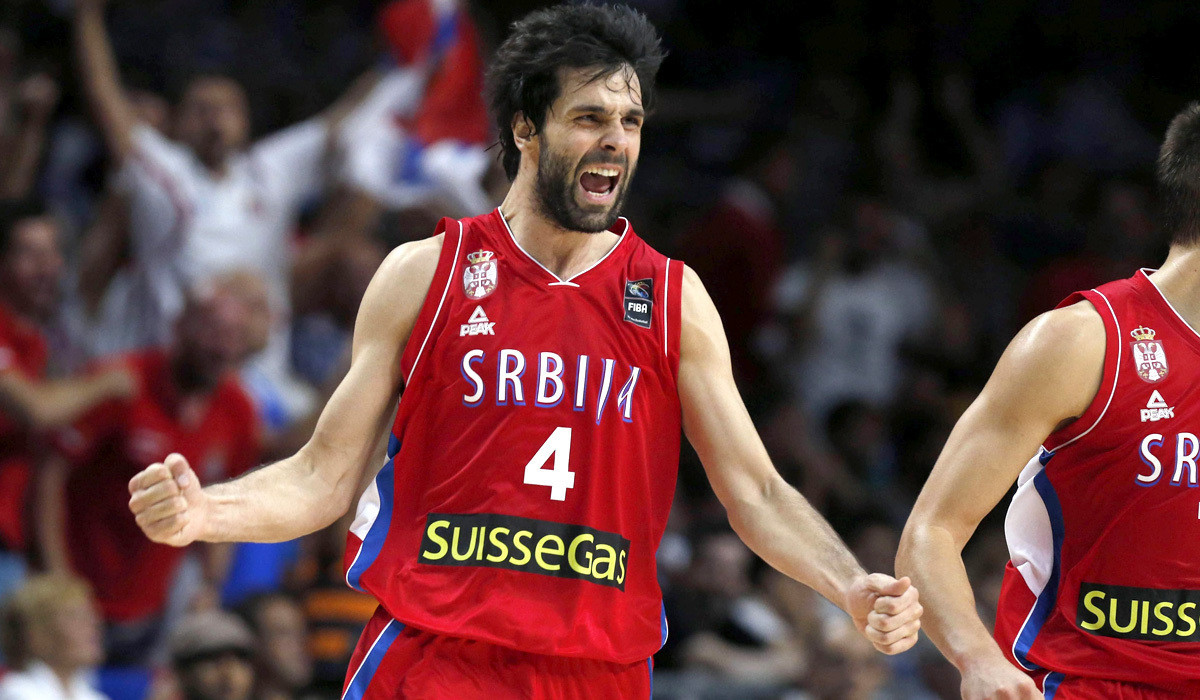 Can CKSA Star Milos Teodosic Make A Difference For the Clippers?

The Clippers lost Chris Paul to the Rockets. That was big news. The Clippers signed CKSA’s Milos Teodosic. No big deal. 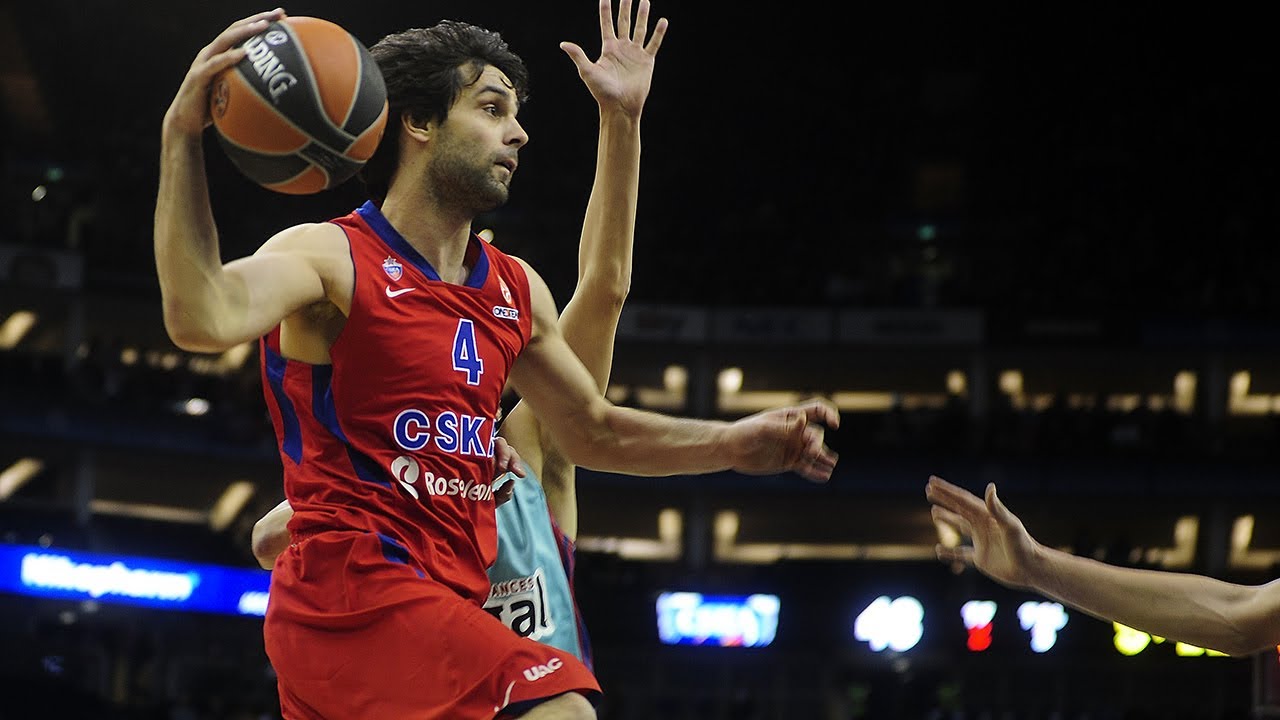 When the Los Angeles Clippers signed Milos Teodosic early this month, there was more chatter on Patrick Beverly’s reaction than on the actual signing itself.

Teodosic signed a two year deal with the Clippers worth $12.3M, with the second year being a player option. Beverly came to the Clippers as the primary compensation from the Houston Rockets for Chris Paul. When Beverly heard of the news, he told ESPN that he will have to use a new road hotel alias because in his words: “I used Milos Teodosic.”

NBA players are known to use aliases when checking in at road hotels. This is to keep their privacy and prevent overzealous fans from hounding them. Apparently, P-Bev used the alias ‘Milos Teodosic’ when checking in at hotels. With Teodosic now his teammate, Beverly needed a new one. I wonder what his new alias is.

Upon learning the news, Patrick Beverly also made another outrageous claim:

"He might be the best passer in the NBA right now."

Don’t think Beverly was just making that up for using Teodosic’s name as alias. He knows first hand who Milos Teodosic is. Beverly played with Milos Teodosic in Europe. The two were teammates at the Olympiakos B.C. in Greece. In four seasons at Olympiakos, Teodosic won back to back Greek titles and Greek MVP awards from 2010-2011. In 2010, he led Olympiakos to the Euroleague finals and was named as 2010 Euroleague MVP.

After helping Serbia win the Olympic silver medal in the 2016 Rio Olympics, Teodosic was named as the FIBA Europe Player of the Year for 2016 and was voted as the ‘Best Non-NBA player’ by NBA coaches. He was also hailed as the 2016 European Player of the Year by La Gazzetta dello Sport. With these accomplishments, the 30 year old Teodosic looked primed for the NBA, despite being undrafted in the 2009 NBA draft. He got the call from the Clippers.

Although Teodosic was already an excellent player at Olympiakos, his star shone more brightly when he played for CSKA Moscow of the Russian League.

In his first season with CSKA, he led the team to the Euroleague finals where they lost 62-61 to Teodosic’s former team Olympiakos.The following season, they lost to Maccabi Tel Aviv in the Euroleague Final Four and in 2015, they were eliminated again the semi-finals by Olympiakos. CSKA closed out 2015 on a high note by winning the VTB United League and Teodosic playing his best basketball in years.

In 2016, Teodosic teamed up with Nando de Colo ( who would go on to win 2016 Euro League MVP ) to give CSKA its first Euroleague title under Teodosic. During the 2016-17 season, Teodosic averaged a personal best 16.1 points and a league-best 6.8 assists per game in 29 Euro League games played. In six seasons with CSKA, Teodosic led the EuroLeague in assists in two seasons. At the end of last season, his contract with CSKA ended. He’s decided to take his talents to the NBA.

Milos Teodosic has agreed to a two-year deal with with the Clippers!

Milos Teodosic is not a two way player. Never been one. But his arrival in the NBA is two-way. Not only will he be helping the Clippers fill in the numbers left by Chris Paul, he will also be a good mentor for 29 year old Patrick Beverly.

We talked about the European connection between the two. Beverly is one of the best defensive guards in the NBA. He has proven he can score. But if there’s a facet in his game that needs most improvement, it is passing. Beverly’s career average is 3.4 assists per game and he only averaged 4.2 assists per game during the regular season. For him to make the leap from good to great, he needs a solid passing game. Teodosic will be the perfect teacher.

Milos Teodosic may not be as good as Steph Curry in shooting but the guy can flat out shoot. He has a good touch from the outside, shooting . 376 from three point distance over the course of his European career. He may not be better than Chris Paul in overall passing. His career average in assists of 4.3 per game is dwarfed by CP3’s outstanding 9.9 assists per game average in his NBA career. But Teodosic is an elite passer, he throws some of the sickest passes you’ll ever see. Heck, he even throws passes you may have never seen before.

Teodosic also averaged 16.1 points per game in each of his last two seasons at CSKA and if you translate that to the NBA’s per 36 minutes statistics, he’s a 20 point scorer for you. So Milo Teodosic’s offensive value to the team is great. Defensive value is bad. He was never known as a good defender in Europe. That’s an area where he needs most improvement in the NBA. But entertainment value? Fit for the bright lights of Los Angeles.

He is no Chris Paul replacement but he will be a good mentor to Patrick Beverly. But as to lob passes for Blake Griffin and DeAndre Jordan, Milos Teodosic is the guy. He’s going to make the Clippers more exciting this season with his court vision. His championship pedigree is going to come in handy in the playoffs. Overall, Milos Teodosic is a good find for the Clippers and is one reason to be excited about the upcoming NBA season.