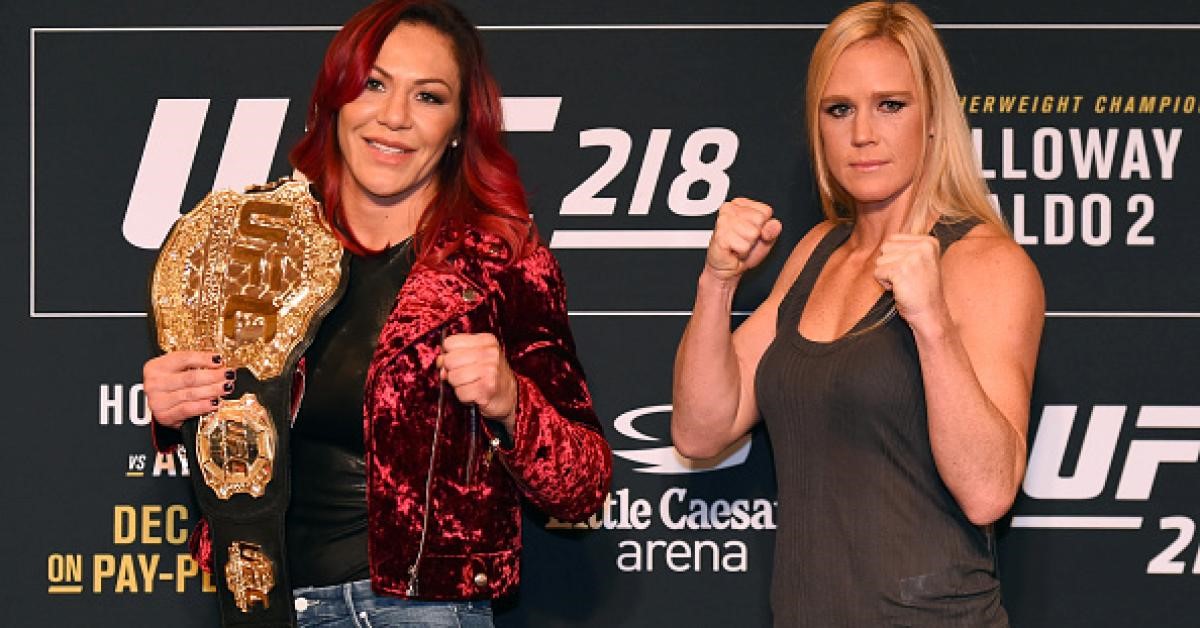 Can Holly Holm Pull Off Another Big Upset?

Holly Holm was the talk of town in November 2015 following her stunning victory over the erstwhile unbeaten Ronda Rousey.

Outside the UFC octagon, Holm made headlines, appeared on magazine covers and graced almost every network talk show. She was even made a guest of honor in a parade in her hometown of Albuquerque, New Mexico. Inside it, she looked like the future of women’s MMA with her win over Ronda Rousey. 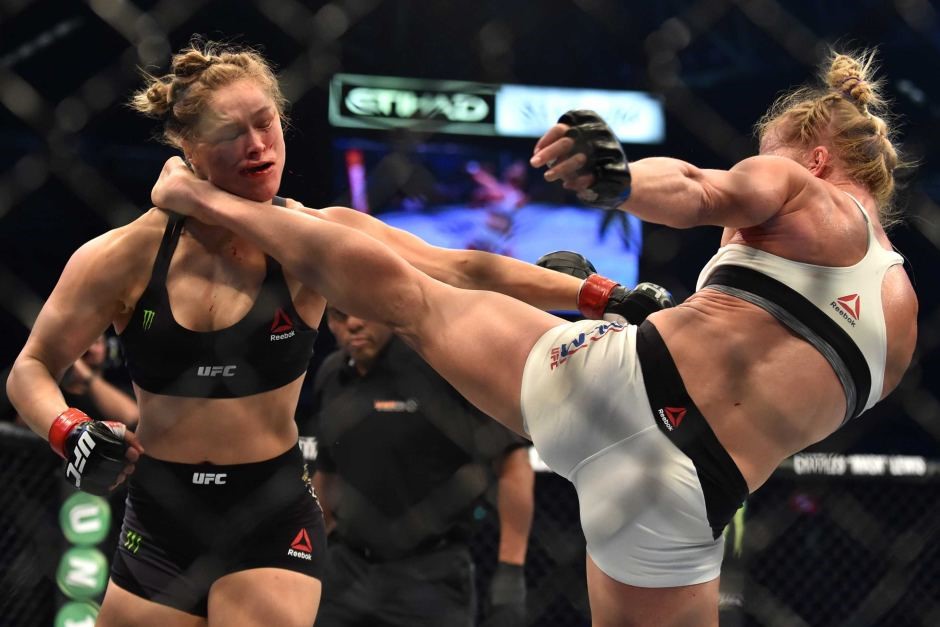 But in the next 14 months following her title winning conquest, Holm went 0-3 despite being the favorite in all three contests. Holm lost the belt during her first title defense against Miesha Tate at the historic UFC 200. Four months later, she suffered a surprise setback against Valentina Shevchenko. In February 2017, she failed in her bid to become the UFC’s inaugural featherweight champion, losing to Germaine Randamie via controversial decision.

It was only last June that Holly Holm won again. And she won in the same manner as she defeated Ronda Rousey: a head kick knockout. The Preacher’s Daughter shut up and shut down the boisterous Bethe Correia in the 3rd round of their main event battle at UFC Fight Night 111 in Singapore. Although that bout was in the bantamweight division, Holly Holm earned a title shot against the current UFC women’s featherweight champion Cris Cyborg.

Getting a title crack against Cyborg wasn’t really a surprise. That’s because not many fighters dare step inside the octagon against the baddest woman on the planet. Germaine Randamie, who beat Holm for the title, refused to fight Cyborg on the excuse that the latter is a ‘known and proven cheater’. Randamie was stripped of the belt and Cyborg went on to face Tonya Evinger instead. For her bravery, Evinger lasted 116 seconds against Cyborg.

Fighting Cris Cyborg is like suicide. That woman is as scary as hell. Cris Cyborg hasn’t lost since dropping her pro debut. That’s a total of 18 straight victories and 16 of them have been by knockout. Ten of those knockout wins have come within the first round. The most famous of these first round stoppages was Cyborg’s iconic win over Gina Carano.

Carano wasn’t just one of the pioneers of women’s MMA. She was the first face of the sport and the first female superstar in MMA. Their fight in 2009 was the first women’s fight to headline a major MMA event. Carano was previously unbeaten. Cyborg knocked her out cold in round one. She never fought another MMA fight again.

But instead of bursting into superstardom herself, Cyborg fell from grace after two successful defenses of the Strikeforce women’s featherweight title. She tested positive for the banned substance stanozolol and was stripped of the belt. Cyborg was meted a measly fine on $2,500 but was handed out a one year suspension. 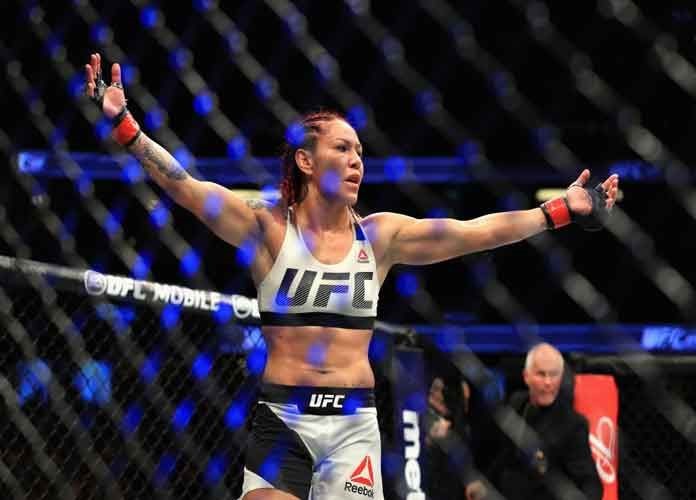 Despite the setback, Cyborg made a successful return at the Invicta Fighting Championships promotion. In her second fight, she became the inaugural featherweight champion. Cyborg went on to defend her title three times before setting foot in the UFC in search of a big money showdown with Ronda Rousey.

But not only did Rousey lose to Holm, Cyborg failed another drug test in December 2016. However, the USADA cleared her of the charges and Cyborg evaded another one year ban. She went on to face Randamie and win the UFC gold that was lacking in her collection.

On December 30, Cyborg defends the belt against Holm. While the Brazilian looks for validation, Holm aims to erase the title of being a one-hit wonder. Holm’s victory over Ronda Rousey was the biggest victory of her career. But she failed to follow-up on it by losing three straight bouts. A loss to Cyborg almost confirms that billing. A win over Cyborg will make her a two-time UFC champion. 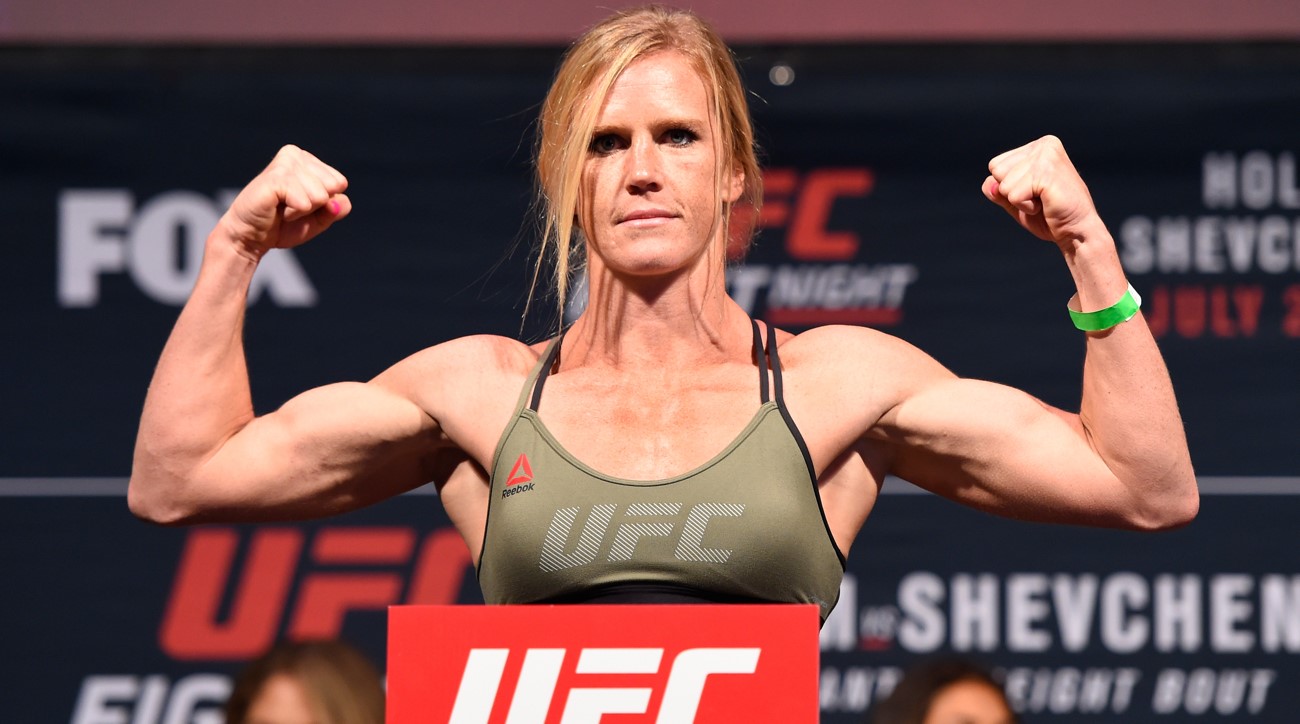 "I don't want my whole career to be defined around getting the belt from Ronda," Holm told The Globe and Mail last February. "I want my career to be defined by me being the best fighter I can be and accomplishing the biggest things I can, and whatever competition comes in front of me. So, I want this for me for my career. I don't want it to just be around the one fight. I want them to remember everything after."

Holly Holm will forever be linked to Ronda Rousey in the history books. She is the answer to the trivia question as the first fighter to defeat Ronda Rousey. She was the fighter who ended the most dominant reign of any UFC champion, male or female.

Before Holm, twelve women tried and failed to defeat Rowdy Ronda Rousey. The entire dozen didn’t get to hear the final horn. Only one opponent - Miesha Tate, got past the very first round. Eight of them didn’t last a minute inside the octagon with Ronda Rousey. Holly Holm? She dominated Ronda from start to finish, ending her invincibility with a head kick heard all over the world. 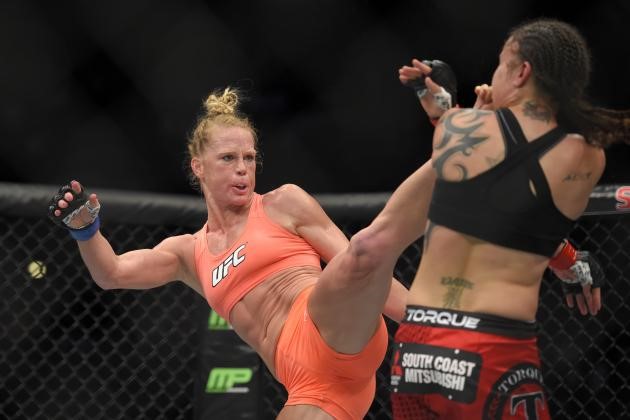 But what not many know is that Holm had six knockouts in nine wins prior to facing Rousey. Like Ronda, she was unbeaten in her MMA career. And while Ronda was taking her opponents to school with her armbars, Holly Holm was dominating her opponents with her boxing base - she was a multiple time world boxing champion before becoming a full time MMA fighter.

And so while she comes as an underdog against Cris Cyborg, it’s interesting to note that Cyborg’s strength is also Holly Holm’s core. Cyborg is known as the best striker in the business. But with Holly Holm, you’ve got an equally devastating fighter on her feet. Holm may even be more diverse, as she uses her kicks more than any other female fighter out there.

Others point to Holly Holm moving up in weight to face the division’s monster as her main disadvantage. But perhaps they didn’t know that as a boxer, she fought from light welterweight ( 140 pounds ) to light middleweight ( 154 pounds ). She may have been a bantamweight most of her MMA career, but Holm doesn’t give up too much size against Cris Cyborg.

Don’t Count Out The Preacher’s Daughter 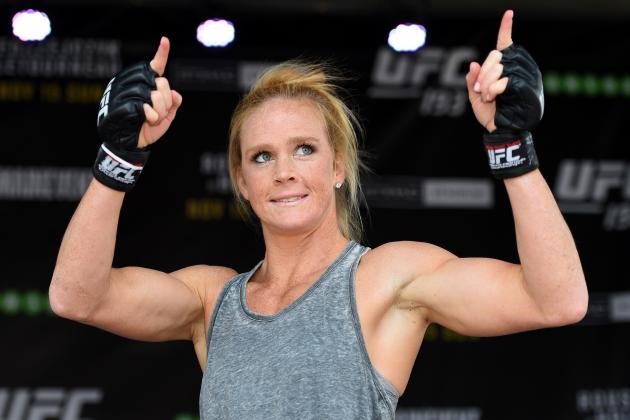 Cyborg’s advantage has always been her size and striking. With Holly Holm able to negate both, you can never disregard the Preacher’s daughter despite the fact that she is a +285 underdog against Cris Cyborg. We know styles make fights, as they do in boxing. But remember that Holm was a bigger underdog when she challenged Ronda Rousey. Look what happened.

Without doubt, Cris Cyborg is the best female MMA fighter in the planet, pound for pound. But so was Ronda Rousey before she fought Holly Holm. Holly Holm? She’s never been able to become a dominant fighter in the UFC. But she own the most iconic win in women’s MMA since Cyborg beat Carano.

Cris Cyborg is favored to retain her title at UFC 219 But don’t count out Holly Holm in a fight of this magnitude. History is proof of that.