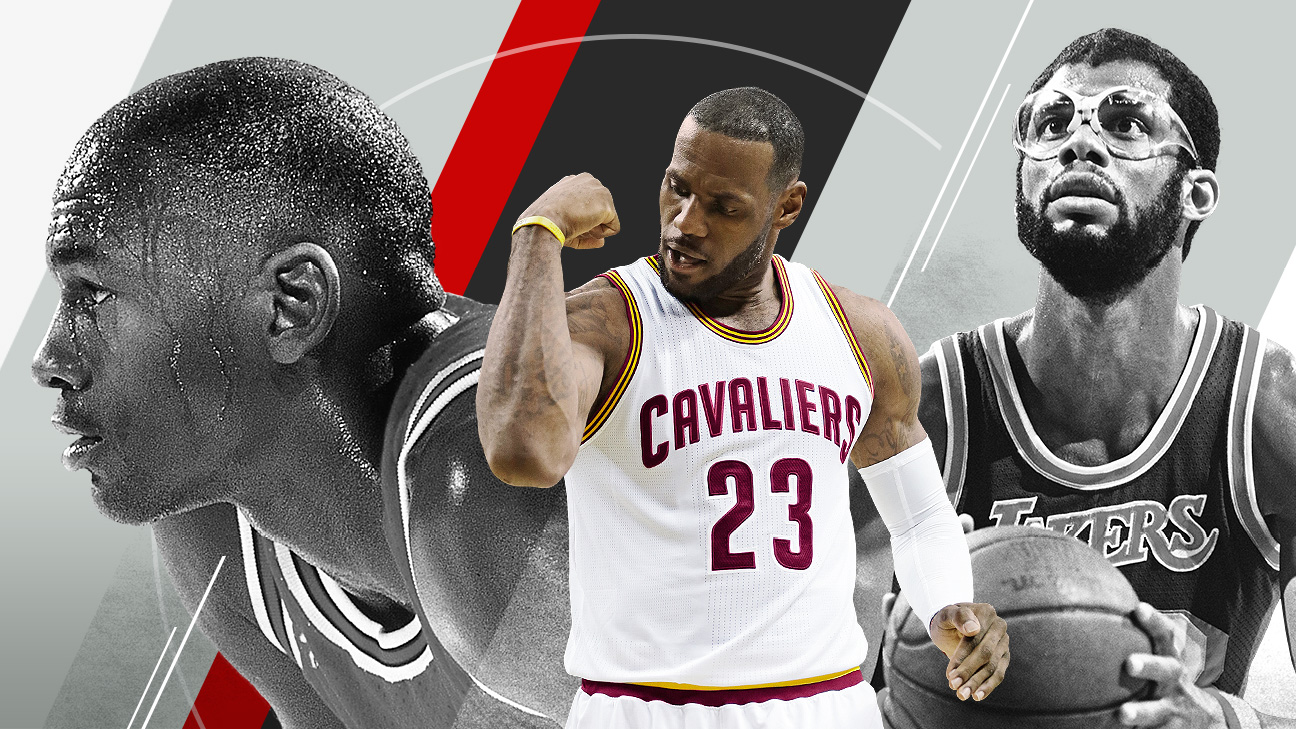 LeBron James has never been known as a big time scorer. In fact, he admitted that he isn’t even a scorer:

LeBron on nearing MJ for most playoff points: "I'm not a scorer. I don't want to be labeled as a scorer. I'm a playmaker." pic.twitter.com/wKNenPEb5t

Despite that, King James has broken one scoring record after another over the course of his NBA career. Last season, he passed Michael Jordan on top of the NBA’s All-time playoff scoring leaderboard. Earlier this month, James passed Kobe Bryant as the youngest player to score 29,000 NBA career points. With James passing one scoring record after another, the big question is if he can become the NBA’s all-time leading scorer. 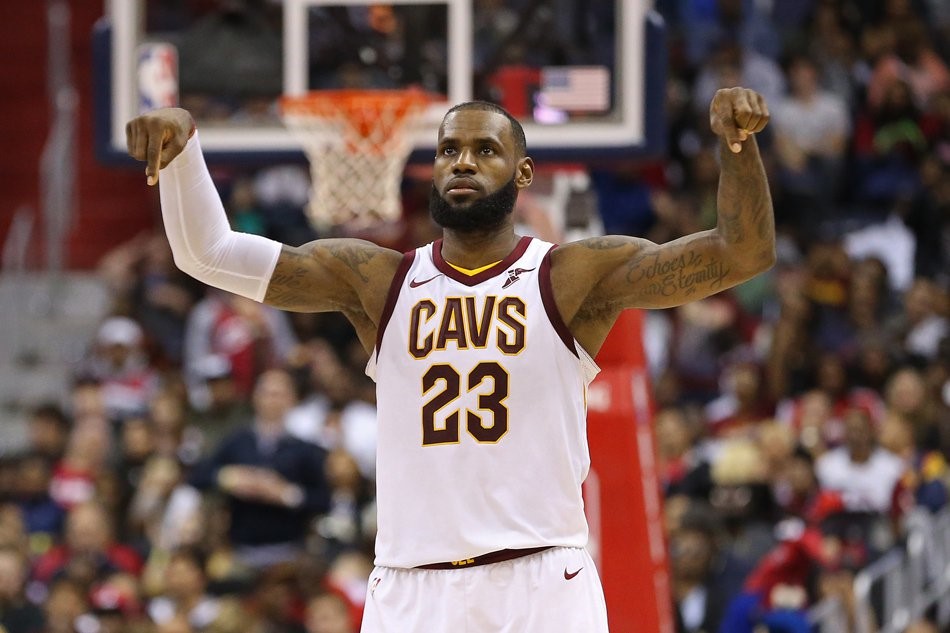 If that’s the case, James will not only be the 7th and youngest player to score 30,000 NBA career points, he will also likely pass Nowitzki at 6th place on that list. If James ends up with the 31,131 points that we earlier projected, then he will be just 288 points off Wilt Chamberlain ( 31,419 ) at #5 and 1,161 points shy of dislodging the great Michael Jordan at #4.

Getting To The Top 5 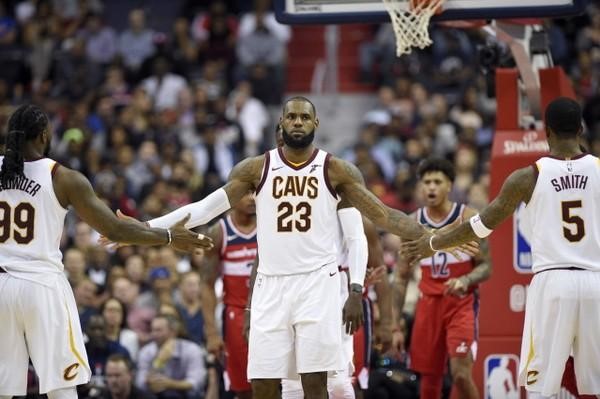 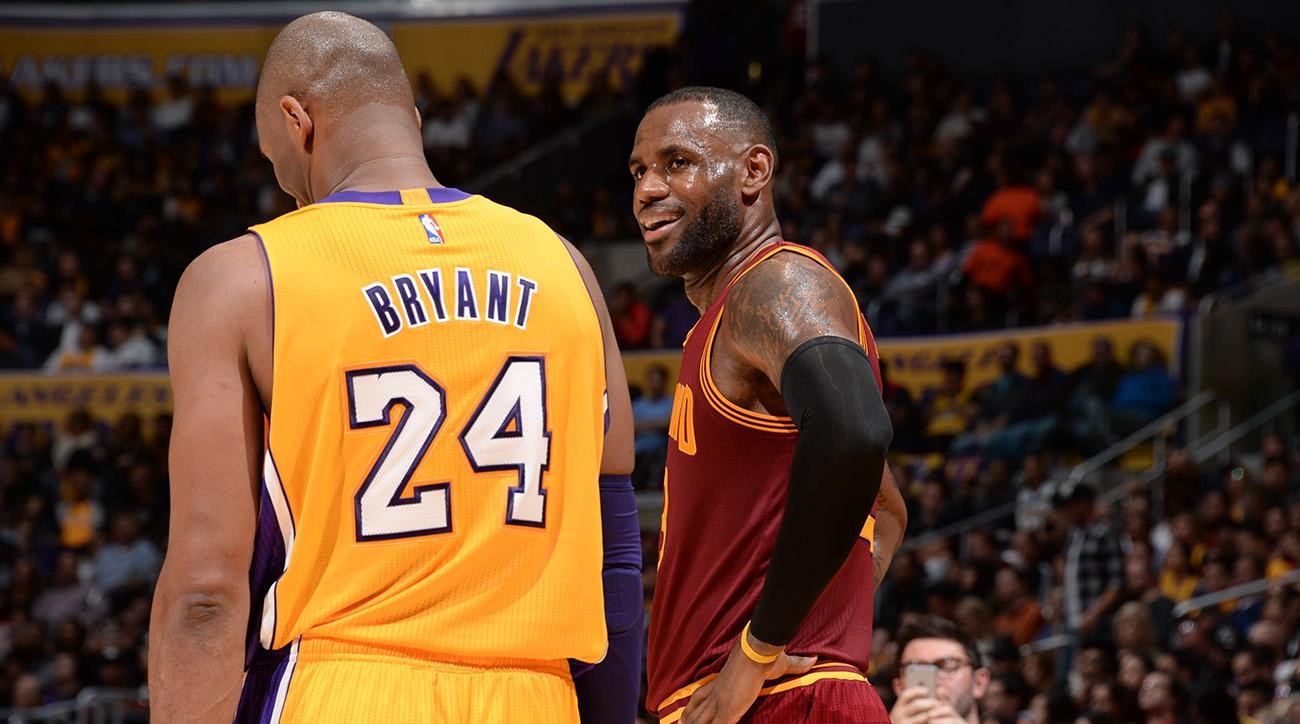 Bryant took his spot at #3 in 2014 and the possibility of LeBron James overtaking him there sometime during the 2019-20 season isn’t far fetched. Remember that LeBron James recently passed Kobe as the youngest player in NBA history to score 29,000 career points. King James accomplished the feat during his 57 point outburst against the Washington Wizards last November 4, 2017.

Bryant reached the 29,000 point milestone at age 33 years/199 days while King James did it much earlier at age 32 years/ 308 years. This means that barring any major injuries, James is on pace to top Kobe Bryant if he plays the same number of total season as Bryant.

Remember also that Bryant played just a total of 41 games between the 2013-14 and 2014-15 seasons because of injury. If King James plays at least 70 games until season 20, then overtaking Kobe Bryant isn’t a herculean task. What’s going to be interesting is if he passes Karl Malone and/or Kareem Abdul Jabbar at the top two spots. 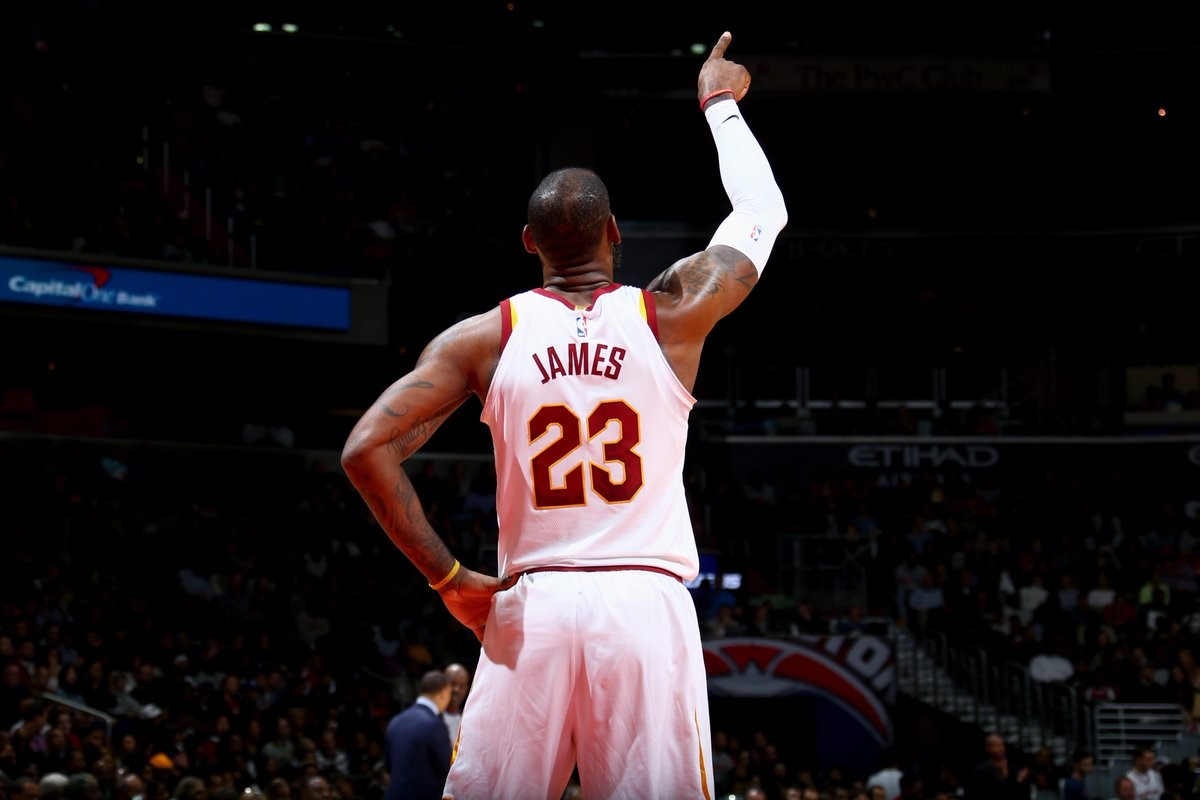 We’ve been talking about James passing #7, #6, #5, #4 and #3 possibly during the 2019-20 season. That would be the 18th season of his NBA career. That would also be his age 35 season. Now that’s not yet too old in NBA standards. Remember that the man on second place in the All-Time scoring list, Karl Malone, still averaged 23.8 points per game at age 35 so LeBron will still likely be scoring in his 20’s by then. 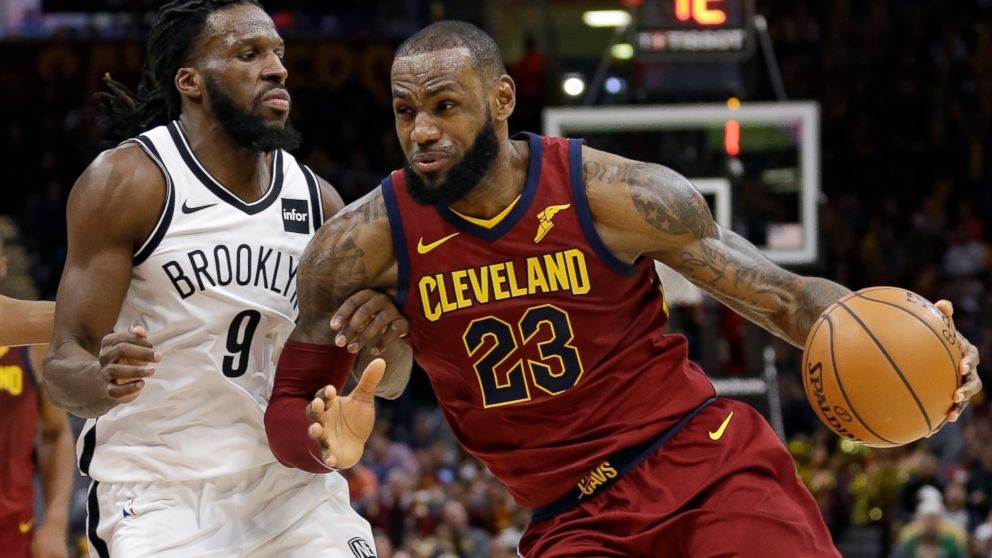 Only five players in the history of the NBA have played at least 20 seasons in the league. Robert Parish, Kevin Willis and Kevin Garnett share the NBA record for most seasons played in the NBA at 21 years each. The trio is followed by Kareem Abdul Jabbar and Kobe Bryant who played 20 years in the league.

Karl Malone leads a handful of players who have played 19 NBA seasons. That list includes Nowitzki, the only player other than James who is in the all-time scoring list Top 10 who is still an active player in the league. Nowitzki though is already 39 and may be in his final season.

LeBron James meanwhile is still in his prime at 32 and is in year 15 of his NBA career. If he plays till year 20, he will only be 37 ( 38 at the end of that season ). Abdul Jabbar played until he was 41 and Malone till he was 40 so the idea of LeBron James becoming the NBA’s all-time leading scorer is a question of longevity.

Two Sides Of The Coin 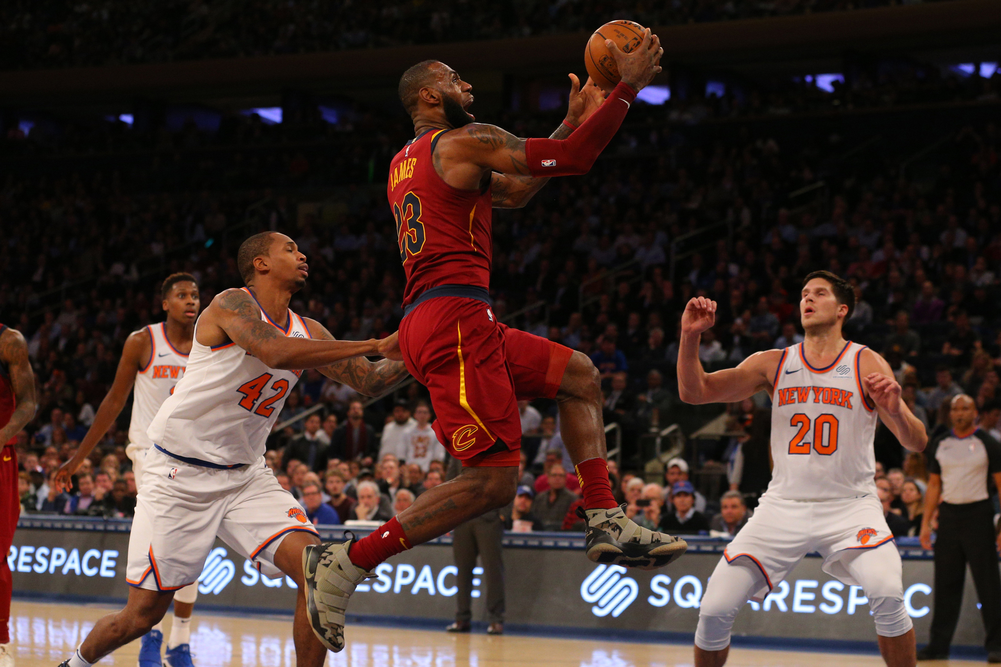 Like Kobe Bryant, LeBron James came straight out of high school to join the NBA. So he began his career at age 18. That’s a good headstart from Jabbar and Malone who were both 22 when they began their NBA careers. On one side of the coin, you’ll say that James is probably going to have at least a couple more playing years than Kareem and the Mailman because he began playing at a younger age.

On the other side of the coin, you’re going to argue that because he started playing young, the wear and tear of a long and hard played career is going to come much earlier. You can say that’s what happened to Kobe Bryant. He retired younger but he already played 20 seasons.

But Bryant’s retirement was probably more of the injuries that plagued him late in his career. Bryant tore his achilles tendon in 2014 ( at age 35 ) and as a result, he played just 107 games in his final three seasons. Without his injuries, a 37 year old Kobe Bryant could’ve extended his career further and who knows how higher he would’ve gone in the scoring list. 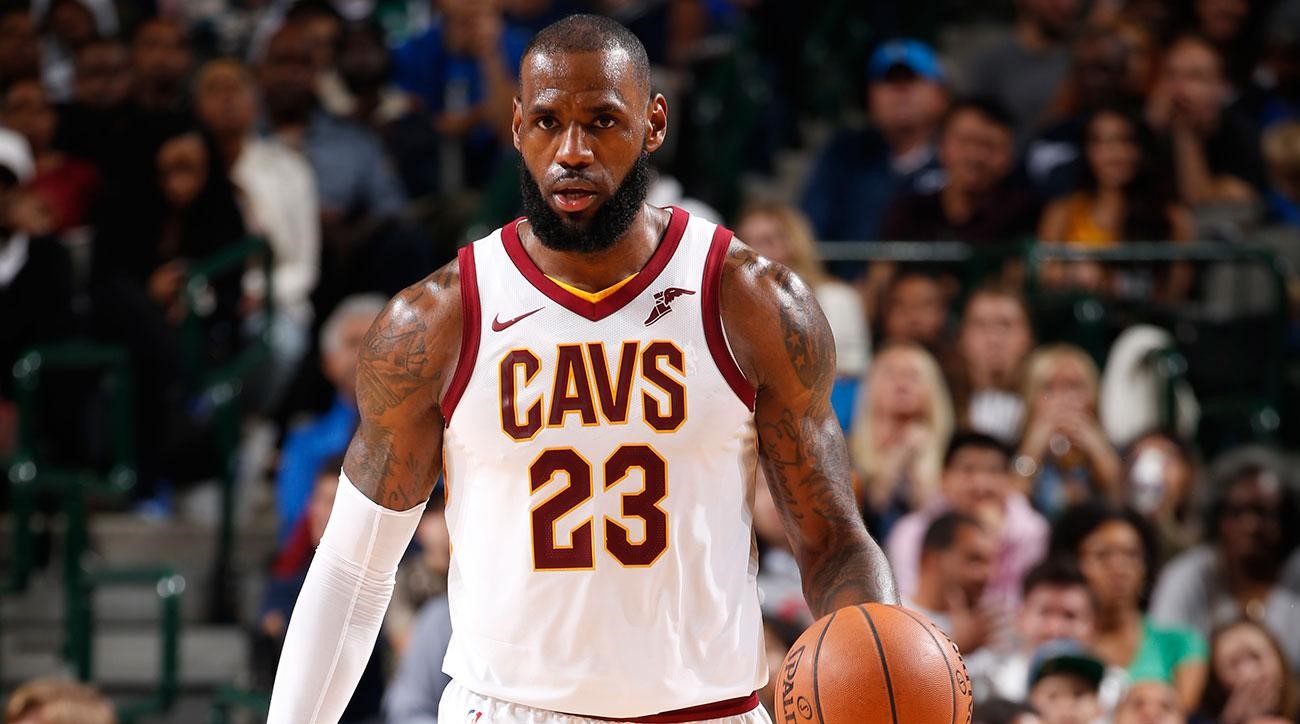 As for LeBron James, he has not suffered any serious injury in his NBA career. He’s one athlete who takes incredible care of his body and makes sure he is at optimal power when the NBA season begins. That’s why he’s been able to put up one incredible season after another for the past 15 years.

But there is some concern about the current NBA season. In 18 games so far, James has played at least 40 minutes in already 6 games. James is King of the NBA in total minutes played at 678. His 37.7 minutes per game is just a shade under the 37.8 of league leader Giannis Antetokounmpo. James is turning 33 on December 30 while Antetokounmpo will only be just 23 years old on December 6.

James minutes have been the subject of NBA talk lately, with the Warriors’ Draymond Green saying the Cavs’ should be worried about King James’ minutes. Cleveland Coach Tyronn Lue responded by making comparisons to a 39 year old Michael Jordan playing 27 minutes. James agreed with Green but noted the injuries to his teammates have forced him to log in extra minutes.

Where The King Ends Up 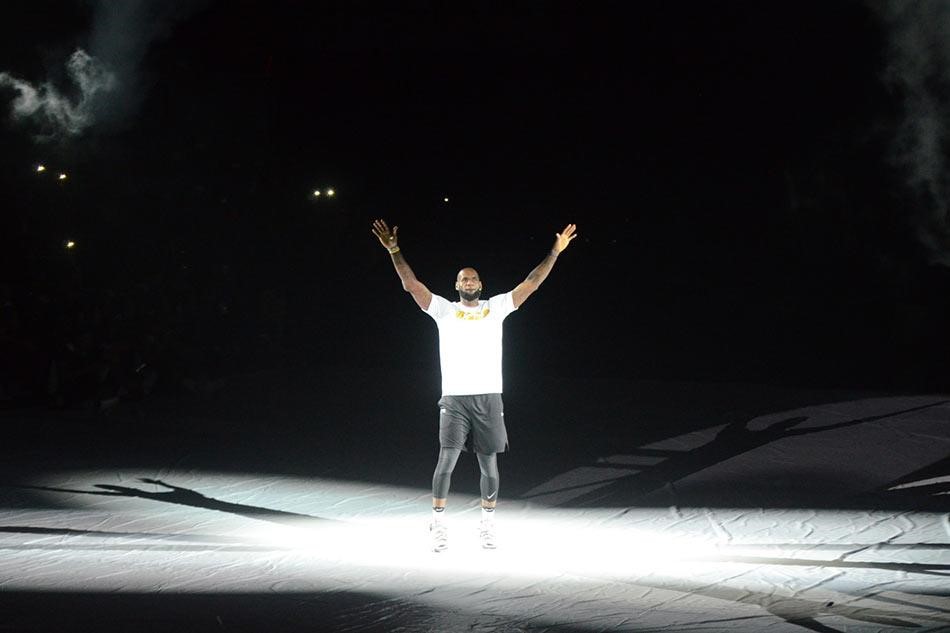 The reason we talked about his minutes is because it adds to his wear and tear and it also increases the risk of injury. These play an important factor in determining James’ longevity. But then as we said, James uses the best and latest in science to keep his body at peak form so, he knows what he’s doing when he’s playing those minutes.

As for where he finishes in the NBA’s all-time scoring list, passing Kobe at #3 is almost a given. Catching Karl Malone at #2 is a real likelihood if James plays past age 36. That’s not a far fetched possibility at all. But How about Kareem Abdul Jabbar?

In 2016, James suggested playing another decade, because that would enable him to ‘play with or against his son’. Whether that was just a joke or not is a mystery. But if meant what he said, then we’re going to see King James play more than 20 years.