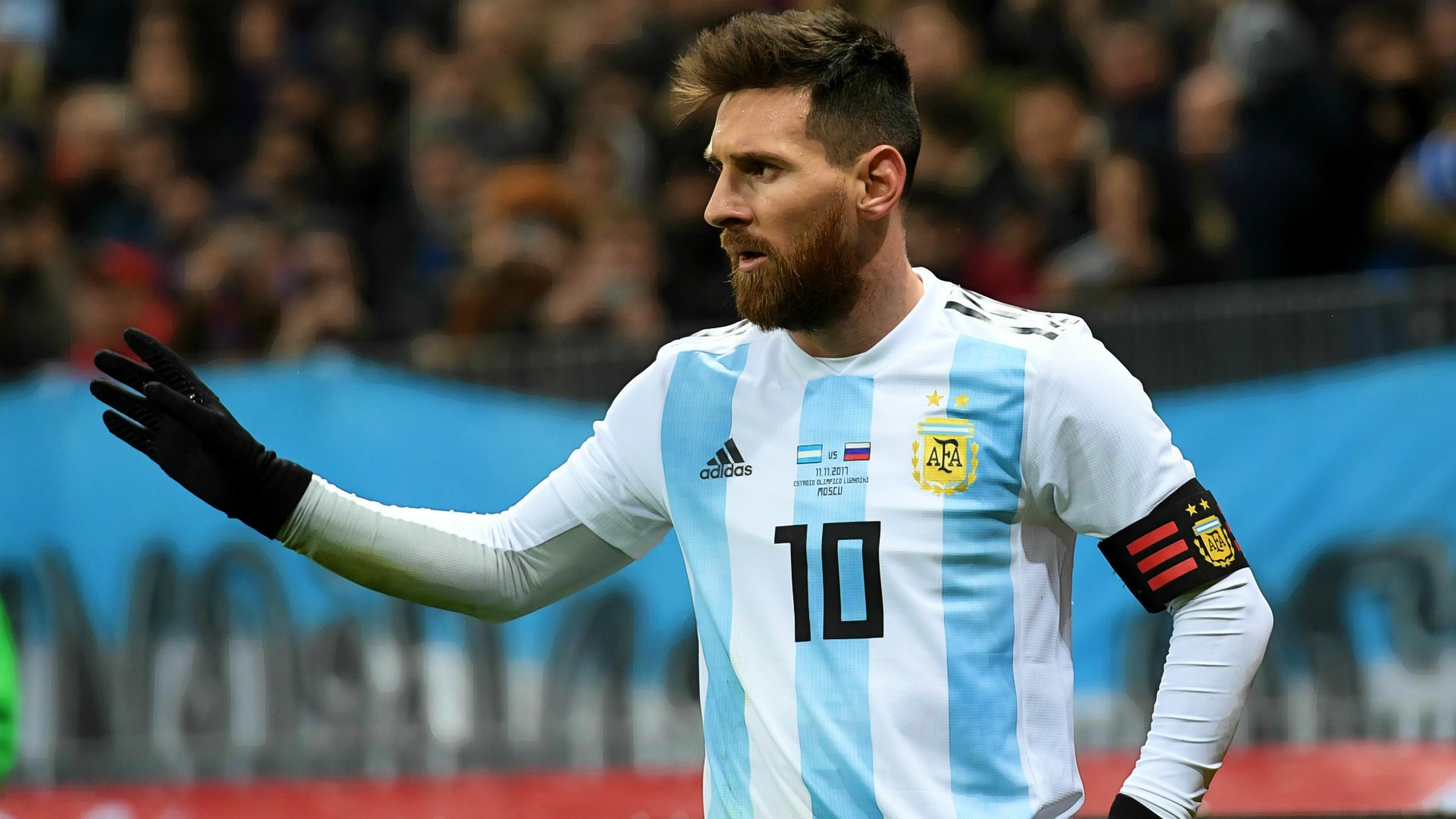 Lionel Messi, who’s arguably the best football player to date, is going on a head-on collision with the best clubs in the world this coming FIFA World Cup. But can he and La Celeste do it?

Five-time Ball d’Or awardee, Lionel Messi, is going to captain the Argentinian football team in a rendezvous for the 2018 FIFA World Cup title in Russia this summer. The last time La Celeste won the title was way back in 1978 under Cesar Luis Menotti’s coaching and Daniel Passarella’s captainship.

Never before have the team’s chances of winning the international title been so high. Lionel Messi who's regarded as the best football player will play for the team together with other elite players like Paulo Dybala, Sergio Aguero, and Javier Mascherano, to name a few.

Despite their sky-high high chances of dominating the World Cup, Argentina coach Jorge Sampaoli, still don’t want to feel too confident as Brazil, Germany, and Spain are still ahead of them in terms of power rankings.

The French and Belgian side also looks pretty solid. Because of this, Sampaoli decided to fly to Europe early to meet with his team’s key players. His first drop off — Barcelona.

The Catalan capital is where Messi is found. This won’t be a simple coach-player chit-chat, though. Instead, it’ll be a serious meeting where the two gets to pick who plays for the squad. Messi might not be the team’s coach, but he sure has the right to choose who he wants to play with knowing that he’s an elite player and the team’s captain.

The Champions League haven’t been friendly to the 30-year-old as they were kicked out the league. He surely don’t want to repeat that same experience again. A poorly-picked team would just mess up his gameplay, just like what happened in Barca’s last game in the Champions League.

Underdog Roma gobbled them up with a 3-0 defeat, leaving the superstar awe-struck to find out they’re overthrown out of the contest by a no. 3 Serie A club. It taught them a very important lesson the hard way. So this time, he’ll act as an equal of Sampaoli (at least in the roster-picking phase), to prevent making the same mistakes again.

Good thing that Sampaoli understands the situation. In fact, he’s been vocal about this as he acknowledged the fact that the Barca forward has more control of the Argentine team than him.

A report stated that Argentina had been very dependent on Messi on their previous World Cup campaign. Though this might also be the case for Barcelona, Sampaoli reiterated that Argentina’s situation is different as the team’s level of dependence on Messi is too high, that even putting him at the bench for a few minutes might spell catastrophe for the team.

The 2016 Copa America finals between Argentina and Chile is one of the team’s most depressing experiences. The Argentine giants were defeated 4-2. It was a disastrous moment for Messi as it continued the country’s 23-year failed championship runs.
It was also the fourth time he lost the finals with the national team — three Copa Americas and the 2014 World Cup match against Germany. So what he did was he announced his retirement.

During the post-game press conference, the captain said that he still failed despite doing his best to give Argentina a championship. Fortunately, he took back those words a few months after and re-joined the club in August 2016.

Messi’s absence during the club’s eight rounds of World Cup qualifiers was clearly felt as Argentina just scored seven points without Messi. Things changed though when the superstar came back.

Messi scored seven goals in his first ten matches, increasing the team’s score to 21. It was a huge game-changer for them as the rest of the team only scored an average of two goals each, which is a far cry from his seven goals. Indeed, La Celeste breathed a sigh of relief as the Rosario native brought them back to World Cup contention.

But then again, Argentina's fate in the World Cup doesn't revolve around Lionel. Sampaoli’s expertise is crucial to their campaign too. Unfortunately, he’s a newcomer to the team. Sampaoli left Sevilla for Argentina. And up until this point, he still doesn’t have any solid structure to his coaching process.

He might have more than a decade of coaching experience, but managing a national team is way more different than his previous stints. The 57-year-old player is not getting any younger too. Can his health keep up with the intense pressure and stress in football’s global arena?

His approach is also in question as he’s known to implement swift attacking gameplays. This doesn’t look well in Argentina’s situation as they’re better equipped defensively.

These questions put Argentina in deep trouble. And this isn’t just a theory as Sampaoli’s approaches during their previous games have been nothing short of disastrous.

They followed a back-three formation in their game against Nigeria. The result? 4-2 loss. They changed things up a bit and followed a back-four formation during their face-off against Spain. And they still lost 6-1.

You know how it goes from then on. Messi might already be playing, but they still failed at these not-so-important encounters. What more once they play in Russia? Argentina surely needs not solely to depend on Messi if they want to win.
This isn’t a difficult realization as it has been the team’s same issue for years. He’s been the go-to-guy of Argentina, after all — a habit that shouldn’t be tolerated. Sampaoli needs to find multiple support players for Messi, and he has to do it as soon as possible.

The Barca forward is great offensively, specifically in dribbling, passing, and doing long shots. Unfortunately, he’s short of defense. His aerial duels are even sub-par. What Sampaoli needs to do with this is give Messi skilled defenders.
Preferably one who’s got high defensive contribution ratings. Probably Marcos Rojo and Nicolas Otamendi? What about Ezequiel Garay? Ramiro Funes Mori looks like a good fit too. A solid defense should surround Messi to counter any opposition.

Nonetheless, these issues would surely be part of Messi’s talks with Sampaoli before the World Cup kicks in.

This World Cup would be different for Messi as never before had he have so much value as a player. He was still a kid during the 2006 and 2010 World Cups, while Argentina’s 2014 lineup was unbalanced.

But now, Messi gained enough experience and finally has the voice to choose who he wants to play with. In other words, the forward now has a more important voice in the club.

Sports analysts believe Carlos Tevez will be one of Messi’s first picks. He’s an attacking midfielder who can make forward plays. He’s also great on things the captain is not so good at, specifically ball holding and key passes.

Playing with Tevez will surely make him less vulnerable to mid-field plays. There’s also a lot of gameplay similarities between the two, set piece threats and dribbling lines being some of them.

Paulo Dybala is also expected to get the career break he’s been waiting for. Having proved his worth after getting an overall rating of 7.5, there’s no doubt that the captain will get this young lad to play alongside him.

Key passes, dribbling, and free kicks are his things — just what Messi needs to tighten up his offense. Sampaoli is also in dire need of a proactive forward, and Dybala might be that guy.

Gonzalo Higuain is also another one of Messi’s potential running mates. He has an overall rating of 7.29, a pretty good sign that he can support the team’s offense. Being a natural forward is also a great thing, as he can go side-by-side Messi during crucial minutes.

He’ll surely free up a significant amount of pressure on Messi’s shoulders. Through balls and dribbling are his thing. He’s also a great finisher, just what Messi needs in case he loses the ball.

Argentina had a rough ride in years past. Though they’ve got the world’s best player, they were still always short of success, specifically in the international arena. Nonetheless, they’ve learned from their shortcomings, and this year’s World Cup will serve as their ticket to redemption.

That is if Messi’s demands are taken seriously. He’s not your ordinary player because he thinks while he plays. Yes, all footballers need to do that, but he takes it to a whole different level. He leads the club's decision-making endeavors, even acting as his team's manager in the locker room.

Teamwork is key to victory

Former Argentinian footballer, Gabriel Batistuta, is one of the few critics who warned the team over-reliance on Lionel Messi. In one interview, he said that depending too much on Messi might seem great as it did them some luck when he re-joined the team after the preliminary campaign.

It will do them some good in the short run, but not in the long run, he implied. Nonetheless, Batigol said that Messi could play in any team because of his rare skills and talent.

He even said that he'd be very happy if he is given the opportunity to play with Messi. However, he followed it up by saying that it’s dangerous to depend on a single player especially if it’s in the World Cup.

He then said that this is one of the reasons why La Albiceleste failed in their previous international runs. But over-reliance on Messi isn’t the only issue here. Reports stated that the Argentine side also fails to call their position as their own.

They’re merely hopping from one position to another, disregarding their original roles. This, according to Batistuta, is another big problem that Sampaoli needs to address. Batistuta added that Higuain should get the no. 9 spot. It might put a lot of pressure on him, but that’s what he needs to do if he wants to become more efficient.

With these being said, it’s pretty clear that Argentina’s chances of dominating this year’s World Cup is still a big 50/50. They might have the world’s best player, but a team that’s short of talent might be a recipe for disaster, especially if they continue relying too much on Messi.

Nonetheless, Argentina is placed at Group D, together with Croatia, Iceland, and Nigeria. No doubt they’re going to dominate this group. But can they move past semi-finals contention or win the title? Probably not.

Then again, the sport is like a ball — round and anything can happen. We’ll just have to wait and see how Sampaoli, Messi, and the team, tackle a challenge this great.