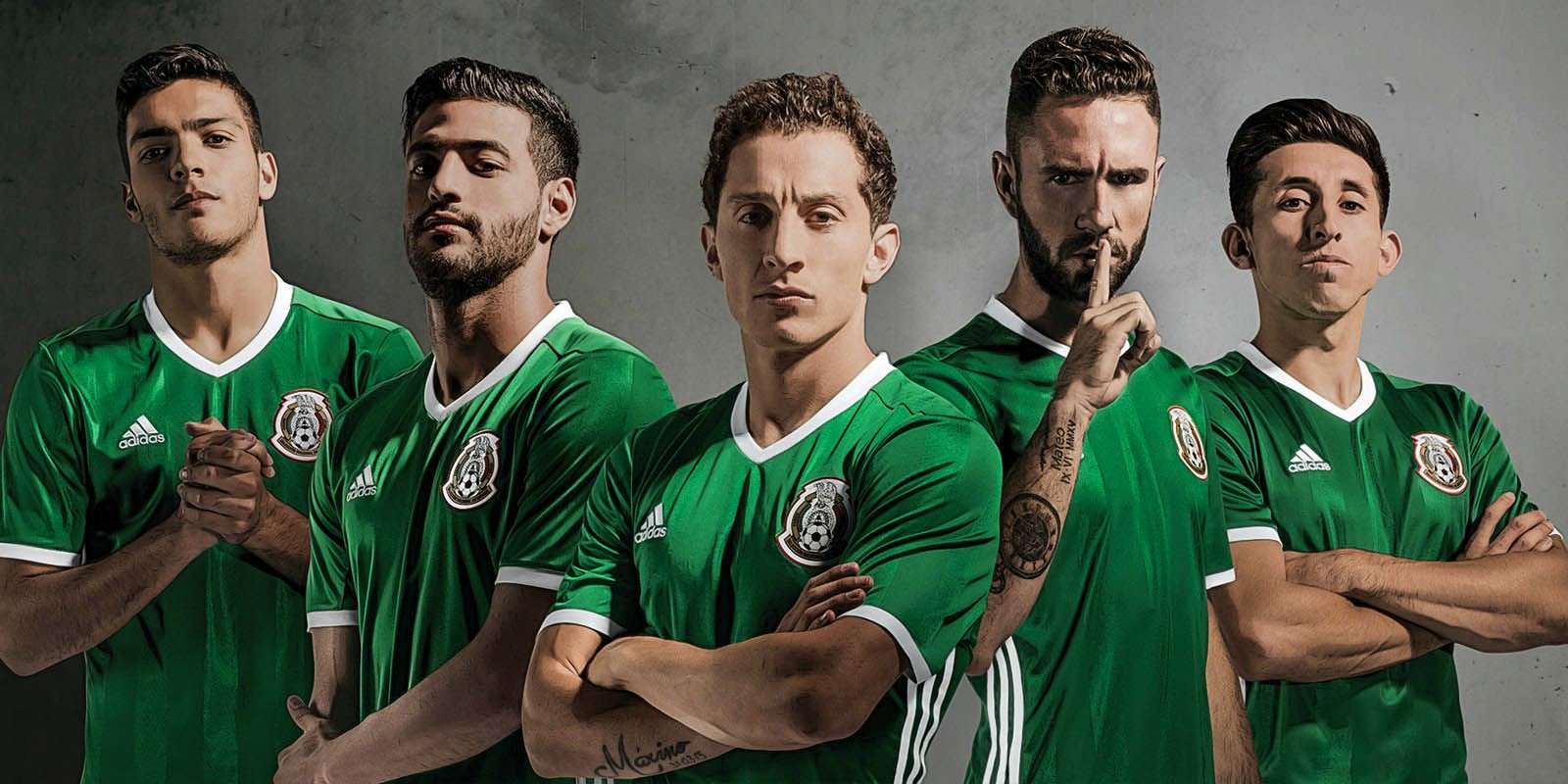 Can Mexico Make it to the FIFA World Cup Quarter-finals?

Mexico’s chances of dominating the World Cup never looked this brighter as experience and talent are by their side. Can they make it happen?

Some say that the 2018 FIFA World Cup is a done deal, with the title either going to Brazil, Germany, or Spain. The big three as what most would say. However, there are also those that believe this year’s title will be won by an underdog.

Never before have the top bets be in so much trouble. Brazil’s confidence is at an all-time low after losing at home 7-1 against Germany. Germany’s winning squad has had a major facelift over the past four years. While Spain has a tough time balancing its offensive and defensive plays.

With this, it’s safe to say that the underdogs do have a chance this time around.
It turns out that one of these underrated teams is Mexico. We all know how the El Tricolor plays — rushed but precise, uncomposed but persevering. That’s what makes the Mexican side one-of-a-kind. It might seem like they’re filled with weak spots, but they can turn those into their strengths.

The farthest Mexico had been in the World Cup is the knockout stage, much better known as the round of 16. However, this might change this summer as they’re expected to make history and reach the quarter-finals.

But can they? We do think so.

However, it would be wise to reckon that they failed to go beyond the group phase in the last six World Cups. The quinto partido or the fifth match had denied them time and time again, making it seem like a stumbling block they just can’t go through.

But now, the chances of them breaking down that barrier is sky high knowing that their roster had grown more maturely.

Mexico is in a rather awkward position this time around. The group they’re drawn into is a mix of things. There’s the defending champs, Germany — which no one wants to face. Die Mannschaft is one tough team to beat, and Mexico knows that for sure.

South Korea is also at bay. They proved that they’re worthy to be feared after making it deep into the previous World Cup. But can they repeat their achievement the second time around? We doubt they will, especially that consistency has been one of their biggest issues over their past games.

Putting them head-to-head with Mexico would surely give the Tricolors a win. Sweden is also in the same group as Mexico. They're intimidating but lacks firepower. Victor Lindelof and Seb Larsson are great offensively, but their defensive games aren’t very compelling.

Carlos Vela and Hirving Lozano can easily counter them in center-field. All Mexico has to do during the first phase is to finish second, beating South Korea and Sweden. If they lose to any of these two teams, then they’re out, which is highly unlikely.

A Germany versus Mexico game would be a no-brainer though as it’ll surely finish in a Die Mannschaft victory. However, Mexico defeating South Korea and Sweden is more likely, especially that they’ve been through this stage more times than the two countries.

South Korea is a fresh new face in the World Cup, while Sweden lacks balance in the field. Juan Carlos Osorio’s genius would also drive the team deep within the competition, that is, however, if he gains the team's respect.

He had been previously reported to have a series of petty issues with his players, and that might be worth watching out.

The world might laugh at Mexico’s hopes of going past the knockout stage, but the players rather snub their critics and think otherwise. One of them is forward Javier Hernandez. In an interview, the 29-year-old said that he and his team is very confident that they’ll win this year’s title.

He even stressed their confidence that they’re going to be world champions.
This isn’t surprising, knowing that all players should feel that way. However, it’s a different situation with the Mexican side as their confidence stand on firm ground.

Mexico’s encounter with the Belgians ended in a 1-1 draw, not bad for facing a top ten team. They also won their game against Bosnia and Herzegovina 1-0. It was a thrilling game as the Mexicans nearly lost to Ibisevic and Dzeko’s late game run.

Fortunately, Osorio figured out their strategy and countered it by putting Vela and dos Santos in their offensive forefront. The Mexicans learned a great deal from that game, though.

Then there was their 3-0 thrashing of Iceland. It was one of their best games in the friendlies, as they dominated the field from all angles.

Lozano leads the midfield, while Layun and Hernandez denied Hallgrimsson any hopes of breaking into their solid line.

In another report, Javier Hernandez sent a message to his critics, saying that they believe they can make it because they don’t put limits on their selves. It’s all about striving for more and achieving the unthinkable, he said.

Experience is by their side

Another reason why Mexico’s chances of dominating this year’s World Cup is high is because of their star studded crew. Never before did the Mexican team have over half of its squad play European football.

Europe is where the best footballers play, and having most of their players play professionally in the continent is a guarantee that they’ll do great. Also, El Tricolor’s star players have maintained excellently high standards in the most important league championships in Europe.

They sure have gained lots of experience and learned enough lessons to figure out a way to defeat the greats in international football.

Coach Juan Carlos Osorio said in a press conference that they have a solid and experienced lineup. He then mentioned Javier, Raul, and Hirving, saying that there’s no doubt they’ll score against anyone if they’re at peak condition.

Teamwork is key to success

16 of their players from their failed campaign at Brazil 2014 will reappear in June. This is a big advantage for them as they already know each other that well. They know each other’s game strategies, style of play, and on and off-field traits.

They’ve been playing together for a long time, and that might be what leads them to a surprising run in Russia.

Goalkeeper Guillermo Ochoa said in an interview that the team’s core is intact, and this is what gives them confidence. Their talent pool might not have achieved the same milestones as Argentina’s Messi, Spain’s Sergio Ramos and Gerard Pique, or Germany’s Mesut Ozil.

However, that doesn’t matter for them because they’re all about teamwork. Mexico’s style of play doesn’t depend on a one-man or two-man show. Instead, they work together to come up with ingenious ways of breaking the opponent’s defense, and in the process, scoring goals in the easiest way possible.

They might not be flashy, but they’re experts in the fundamentals — and that’s what football is all about. Let Herrera and Jimenez play together in the midfield and match them with Araujo and Morena’s defensive prowess, and you got yourself an invincible striking crew. Ochoa and Corona’s experience in denying opponent’s goals is also on par with David de Gea and Manuel Neuer’s.

Andres Guardado has been captaining the team great. Having scored six goals over his 37 game appearances, it’s safe to say that he’s an elite player. He also has an overall rating of 6.95 out of 10, which is pretty decent considering that he’s earned this from the Spanish La Liga that’s known to have a very competitive environment.

A passing success percentage of 86.2% is also more than enough for Osorio to trust him to lead the team’s campaign in Russia.

With all these being said, we can expect Mexico to have a pretty good time this time around. The odds might not be in their favor, but their current situation dictates that this year’s World Cup will be a game-changer for them.

Let's hope that the team stays healthy before the tournament begins.