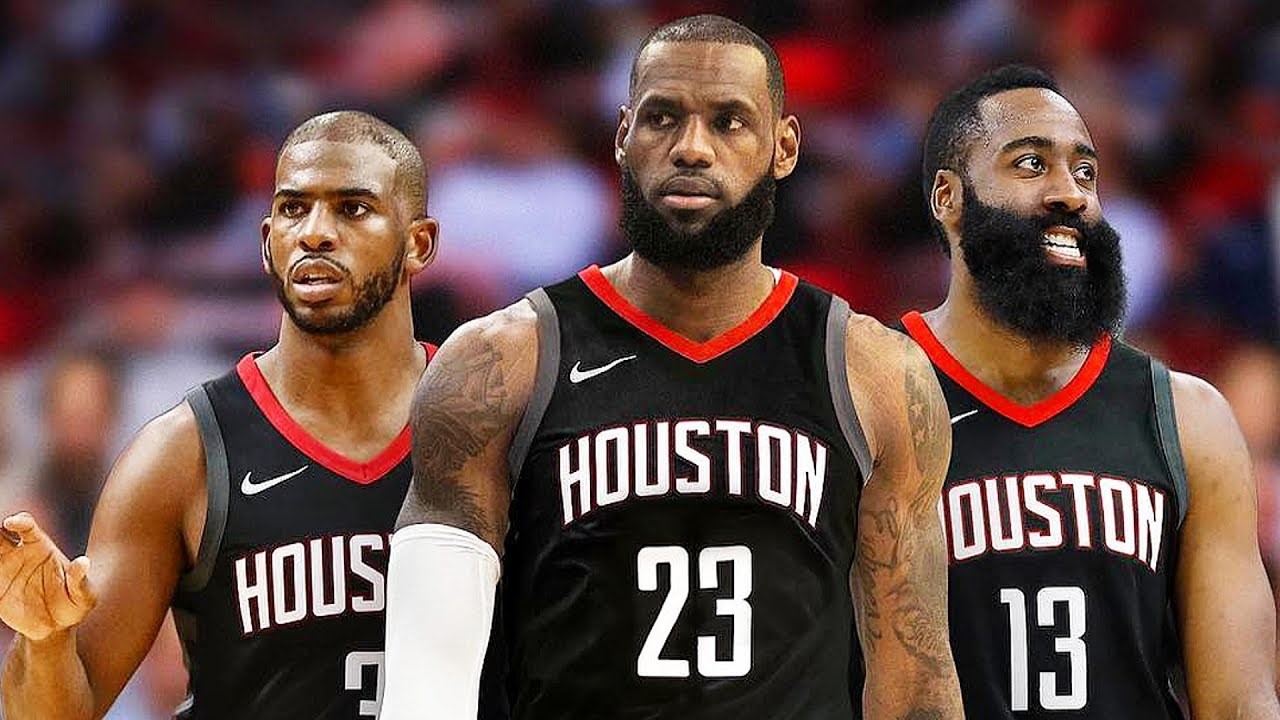 Can The Houston Rockets Realistically Land LeBron James This Summer?

The Cleveland Cavaliers are still playing in the NBA Finals but with LeBron James coming out empty despite playing one of the best Finals ever, there is talk of a growing frustration inside the kingdom and this, according to gossips, could force the King out of the Land this coming summer.

LeBron James has a $35M player option in his Cavs contract and even before his team made the 2018 NBA Finals, there has been talk that he might be opting out after this season. James has dismissed those conversations, saying his focus for now is leading his team to the NBA title. But with that goal slipping away every day, the inevitable may be coming.

There are several teams that are supposedly eyeing LeBron James’ services. Teams like the Lakers and Sixers have made it known that they want the King to come to their kingdoms. But according to the betting gods, it’s the Houston Rockets who have the best odds of landing the King in free agency.

The Rockets won a franchise best 65 games this season and had an excellent playoff run that prematurely ended after Chris Paul suffered a hamstring injury. The Rockets have also been rumored to be eyeing James in free agency, especially with good friend Chris Paul in Houston. But given the enormous salary of James Harden plus their upcoming free agents, including Paul himself, can the Rockets realistically sign LeBron James? 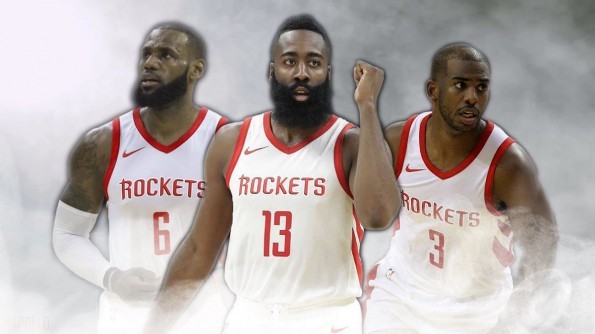 So if the Rockets renounce their rights to Capela and not sign Ariza, they still would only have around $18M ( $101M projected cap less $80.4M existing payroll plus $2.2M to sign three minimum salaried players to complete the roster ) left in cap space to sign both LeBron James and Chris Paul. $18M for LeBron and CP3 to share? Sure, they are banana boat brothers but neither is going to accept that salary. And even if they did, they probably wouldn’t want to without Capela and Ariza on board.

The obvious way to boost the Houston Rockets’ salary cap would be to dump Ryan Anderson’s $41M contract. But at 9.3 points per game during the regular season and just 1.7 points per game in the playoffs, what’s it going to take for the Rockets to unload that massive contract? One first round pick plus a second rounder? Or two first round picks? Given that they would already be losing Capela and Ariza, would the Rockets mortgage their future on a ‘win-now’ scenario? 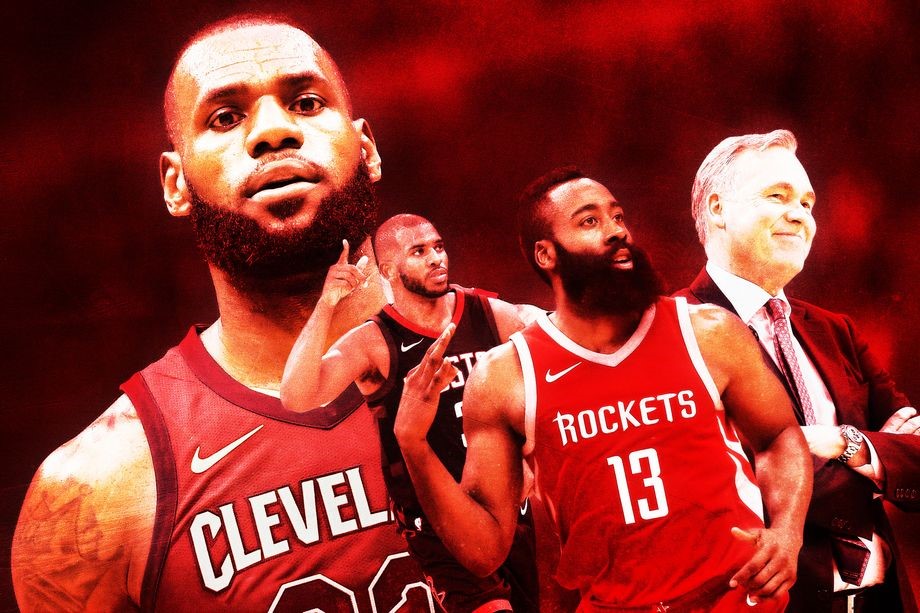 But Anderson only adds another $20M to the equation. If say the Rockets held on to Capela’s cap hold of $7.3M and only let go of Trevor Ariza, that would still only give them around $31.5M ( cap space of $18.4M computed above plus $20.4M from Anderson less Capela’s $7.3M hold ) to share between LeBron James and Chris Paul. That’s a bigger amount of money buy perhaps it still won’t be enough to sign both - unless of course King James and CP3 would take massive pay cuts each just to make this dream happen. Still, this case is unlikely. Letting Capela go brings the amount closer to $40M but even if the two superstars split it even, they would still be short of getting $20M each.

So Daryl Morey would have to look at which friendlier contracts are on board for the Rockets to give away. Eric Gordon at $14.0M and P.J. Tucker at $8.3M for the 2018-19 season would give the Rockets and additional $20M ( $14.0M plus $8.3M less $1.5M for two minimum salaried players ) or a pool of around $51.5M for both LeBron James and Chris Paul. Obviously, that’s bigger and that is probably the biggest we can come up with under several scenarios.

But even then, would the two take pay cuts to form a Big Three in Houston? And would they do so with a gutted Houston Rockets line-up? This $51M scenario would only have Harden, James, Paul and Capela left. Gone would be Ariza, Gordon and Tucker who obviously make up a good chunk of Houston’s three point shooting juggernaut. Would the Rockets give up those three to get LeBron James to join Harden, Paul, Capela and a bunch of minimum salaried players on board? Still, there is no guarantee that LeBron James will sign for that much. 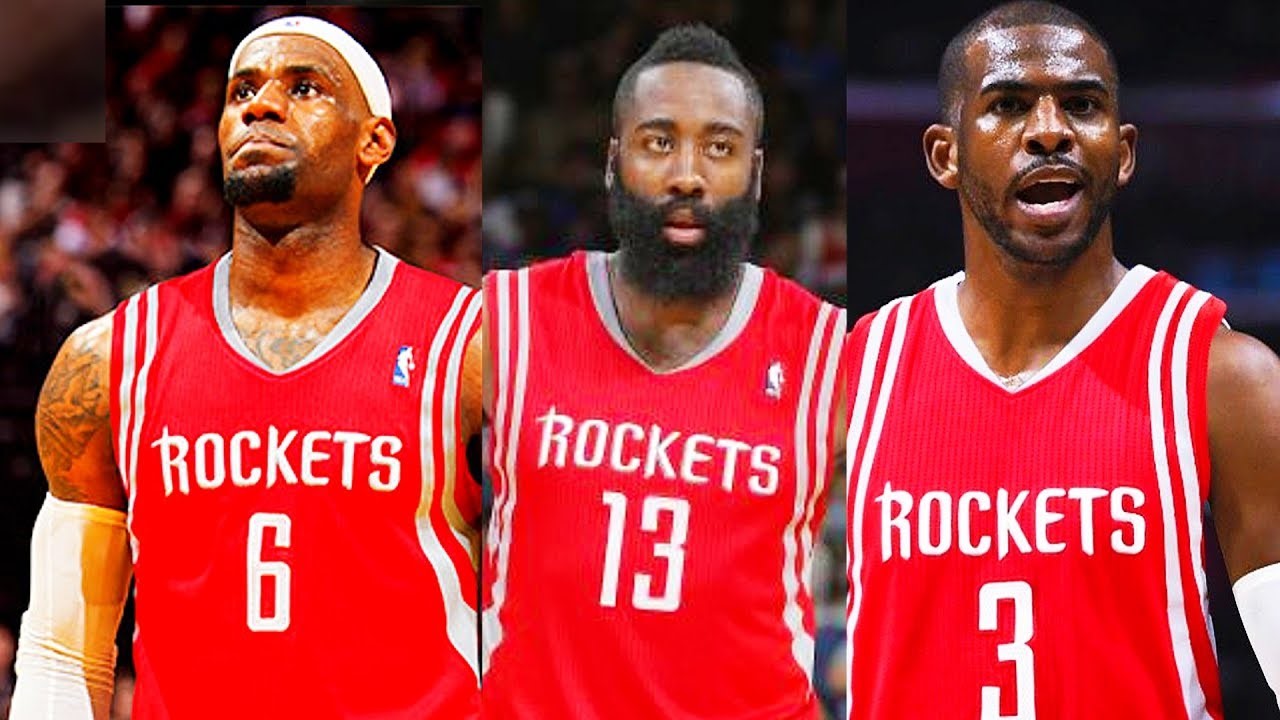 This is where Morey will have to be creative once again. He will need to convince Dan Gilbert to sign and trade LeBron James. Now that sounds crazy but that is not without precedence. When King James took his talents to South Beach in 2010, the Cavaliers agreed to sign then trade him to the Heat for draft considerations. But will Gilbert do it again? Maybe yes, rather watch James leave and got get anything in return.

If the Rockets acquire James via sign and trade, they would be locked to a hard cap, which is estimated to be $129M for 2018-19. But that would mean paying LeBron James his $35.5M player option with the Cavs. Doing that would leave just around $13M ( $129M less $80.4M existing payroll less $35.5M LeBron money ) in cap space. The Rockets would still have to trade other contracts to sign Paul and Capela. This would lead us back to Ryan Anderson ( $20M ), Eric Gordon ( $14M ) and P.J. Tucker ( $7M ). Houston would still have to give up two or all of them to sign Paul and Capela. But at least, in this case, LeBron James isn’t underpaid. The question is if CP3 is willing to be underpaid in this scenario so at least the Rockets can keep either Gordon or Tucker too.

There’s another option and that’s similar to what Morey did to acquire Chris Paul. Instead of CP3 opting out of his contract, he opted in with the condition that he will be traded to the Rockets. The Clippers could have refused but rather than lose CP3 for nothing, they agreed to take on a long list of players that included Patrick Beverley, Lou Williams and Montrezl Harrell. Faced with the same dilemma, will the Cavs be forced to do the same thing? Perhaps.

Even if Dan Gilbert agrees, it’s not likely that he will take Ryan Anderson’s contract, not when he will be rebuilding without LeBron James. Although the likes of Eric Gordon and P.J. Tucker are excellent veteran role players, the post-LeBron James Cavaliers may have no interest in them either. However, a playoff contender may think otherwise. This is where Gilbert will need friend to bridge the gap. The Cavaliers may need a third or even fourth team to help complete the deal. This is more complicated but it’s not impossible. 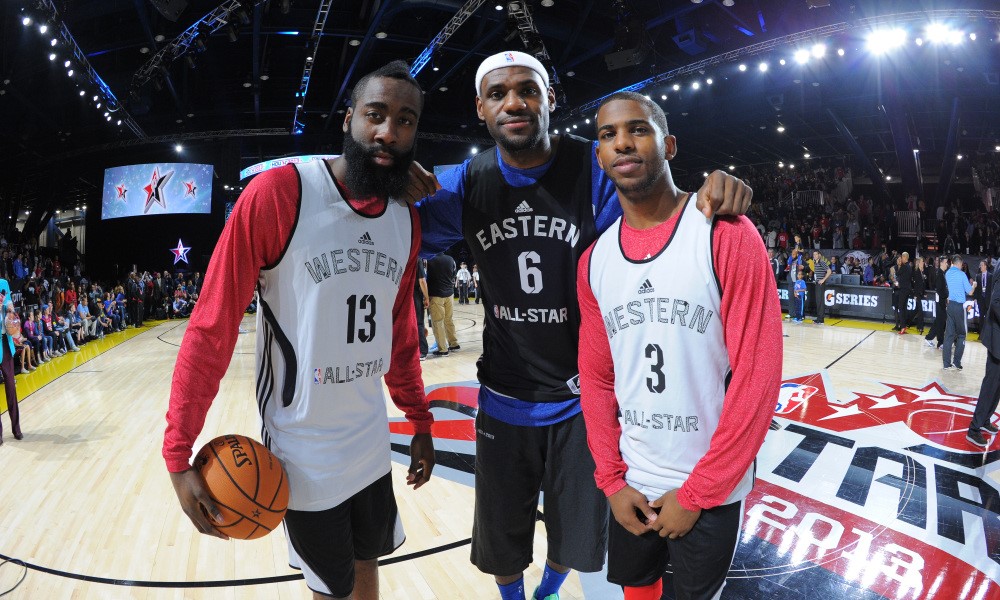 However, recent rumors are saying that Chris Paul will be asking for the max this summer. If this is indeed true, then the Rockets will be more hard pressed to add LeBron James. Well unless of course if it’s LeBron who is willing to sacrifice his salary again. But that is unlikely. James has given up millions of dollars since 2010 to win an NBA title. Now that he has three, a ring might not be his top priority.

So is LeBron to Houston feasible? It’s not impossible but it’s not going to be easy either. Given what the Rockets have achieved this season, they are going to be a force again next year if they get to keep Chris Paul and all their free agents. Maybe that should be their main goal. Sure, they came up short but if D’Antoni is really a good coach, he should make adjustments next season. The Rockets were one game away from eliminating the Golden State Warriors. The cat was almost in the bag. Then Chris Paul got hurt and that changed the complexion of the series.

LeBron James is the best player in the planet, no doubt about that. But he alone won’t solve championship problems. Look at the Cavs right now in the 2018 NBA Finals. LeBron James is playing one of his best Finals ever, if not his best. But it’s not enough. To beat the Warriors, you have to build a team. The Rockets say they are built to beat the Dubs. They were well on their way to doing that when Chris Paul got hurt. Those are the breaks of the game. Maybe the best solution for the Rockets is to try again next year, without gutting their rotation just to get LeBron James.