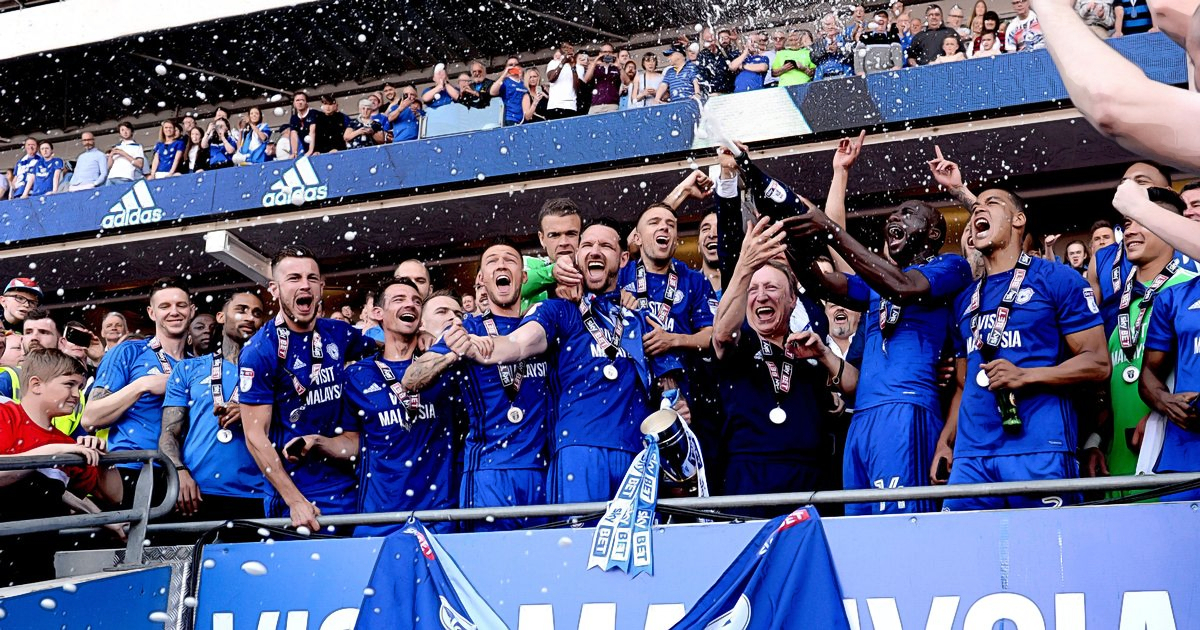 Cardiff City is Back in the Premier League

The English Premier League is the UK's top-flight football competition where the best footballers not only in England but throughout the world plays. Getting the chance to play for the league is everyone's dream, but then again, it's only reserved for the deserving players.

There are four main football leagues in the U.K., with the Premier League being the most important. The Championship is next in the hierarchy, then the EFL League One, and the League Two being the lowest.

Cardiff once belonged to the Championship division but was recently promoted to the Premier League following their momentous game last Sunday. The game didn’t end in a victory for the Bluebirds though as it was a 0-0 draw.

Nonetheless, it was still a huge achievement for them as it left the Cottagers on the Championship’s third place. The Cottagers had a great start at the beginning, but their performance waned midway through the season.

It was a huge disappointment for them because they were a step away from being promoted back to the Premier League if only they won their game against Cardiff. Now, the Bluebirds celebrate their promotion, together with the Wolverhampton Wolves who won this year’s Championship title.

The competition might be through for Wolverhampton and Cardiff, but there’s still a long way to go for the remaining clubs. Fulham currently has 88 points, just two points shy from Cardiff’s 90. They now have to battle it out along with Middlesborough, Aston Villa, and Derby Country for the Championships playoffs.

On the other side of the rankings are the underperformers, specifically Burton Albion and Sunderland. The two clubs will now face relegation as they will be demoted to League One next season.

The Brewers were defeated by Preston North End 2-1, while Barnsley was thrashed by Derby County 4-1. It was a horrific sight for the unfortunate players, but they have no other choice but to face reality next time around.

The Black Cats who despite being relegated a few weeks ago, still did their best after defeating the champion Wolves 3-0. It was one of the biggest upsets this season thanks to the exceptional performances of Paddy McNair, Jack Rodwell, and Lee Cattermole.

It was a great finish for them, but still, their victory was rendered useless with their relegation. However, it's a different story with Bolton who managed to hang by a thread after rising back from the 1-2 deficit against Nottingham Forest. Good thing they won 3-2 at Macron.

Cardiff’s promotion to the Premier League was a great accomplishment for their manager Neil Warnock. It was considered as the “best job” of his career as he managed to uplift The Bluebirds’ status with their re-entry to the English top flight.

Cardiff was close to playoffs contention when out of a sudden, Marko Grujic and Sean Morrison led the team's offense and counteracted Reading’s field prowess. They survived after all, so there’s no reason to criticize them for their scoreless finish.

It might be a draw, but still, it showed that with a little more resilience and hard work, the team, together with their players and manager, can achieve the impossible.
This great accomplishment would then enable the Bluebirds to experience top-flight football after four long seasons of Championships relegation.

Warnock’s name is also etched in football’s hall of fame after making a record for getting the most number of promotions as a manager. Warnock's promotion with Cardiff is his eighth — proof of his footballing genius.

In an interview, Warnock said that he’s very grateful to achieve such a milestone. He said that it was a big surprise and accomplishment for him because the club was in a pretty poor situation when he came in.

Through the years though, with the help of his coaching skills, the Bluebirds improved and in the process managed to come back to top-flight football. Warnock also expects that a barrage of criticisms is going to be thrown at him once they play in the Premier League next season.

But he still won’t mind it, because as what he said, being bashed is still way better than playing in the Championship.

His statement is based on experience as his last Premier League season was one of his worsts.

Manager at that time, Malky Mackay, had personal issues with Cardiff owner Vincent Tan. This led to him being replaced by Ole Gunnar Solskjaer who also failed after the squad relegated back to the Championships.

This was then the time when Warnock entered the club. The Bluebirds were everywhere, he said in an interview. It was a huge challenge for him to take over a seemingly mismanaged team. But he fully accepted the challenge because he knew right from the beginning that he can change the team.

In the interview, Warnock said that he just grabbed every opportunity because he’s already aging. It’s just like making the most out of his career, he implied. He then continued saying that he doesn’t worry too much about the gaps in the club because there’s a solution to every problem.

Furthermore, the veteran manager also said that he expects them to be the odds favorite to being relegated back to the Championships. This shows that he doesn’t care if they’ll be the underdog or if they’re going to be the most hated club in the Premier League.

What’s important is that they’re improving.

When asked about the Bluebirds lineup, Warnock stated that they’re going to stick with their current players as much as possible so that they don’t “wreck” what they have. Though playing in the Premier League is much more challenging, and getting high-caliber players is essential, he still believes that their current roster can take a lot of beating.

Warnock took over Cardiff in October 2016, when the club was still second from the last in the Championships. They were the biggest underdogs back then, but still, he did the impossible. The former Queens Park Rangers manager steered the Bluebirds to the top-end of the league and masterminded a surprising promotion.

Can they compete effectively in the Premier League?

Playing in the Premier League is no joke.

It’s where Europe’s biggest talents play. Jurgen Klopp, Pep Guardiola, and Jose Mourinho are the masterminds in the league, while superstars Harry Kane, Mohamed Salah, Sergio Aguero, David de Gea, and Paul Pogba play in full blast. The list of football sensations goes on and on.

So can the humble Bluebirds make it?

Well, frankly speaking, maybe not. But at least, they can try.
Captain Sean Morrison got what it takes to go head to head with Britain’s best as he has been through numerous clutch games in the past.

The 27-year-old’s prowess in the center position makes him a formidable opponent. He’s also a genius in making defensive plays.

Scoring seven goals out of his 43 game appearances might not be that much, but that’s enough to keep their team going against the country’s best. He is a master in aerial duels and ball blocking. For sure, he’ll get to use them full blast when the Premier League kicks in after summer.

Then there’s the Danish Kenneth Zohore who plays as forward for the Bluebirds. He’s got a 59% passing success percentage, not that much, but is again enough to go head-to-head with the league’s finest forwards.

Key passes and dribbling are his things, and he can make effective use of them in the more aggressive game pace in the Premier League. His lack of passing and defense also isn’t a problem because there’s Marko Grujic who’ll get his back.

The Serbian midfielder is no stranger to elite defense. He’s an expert when it comes to ball interceptions and aerial duels. Kane and crew also need to watch an eye on his long shots and tackling drives as it'll surely bore a hole on anyone's line.

Getting back to reality

With all these being said, one can see how Cardiff City achieved the seemingly impossible. Yes, getting promoted to the Premier League is one fine accomplishment, but they still shouldn't rejoice as going head to head with the best clubs in the U.K. is one big challenge.

Warnock needs to improve his coaching skills and toughen up his crew. If he had showcased his best, then he needs to do more. The same goes for the rest of the players. That is if they don’t want to get relegated back to the Championships.