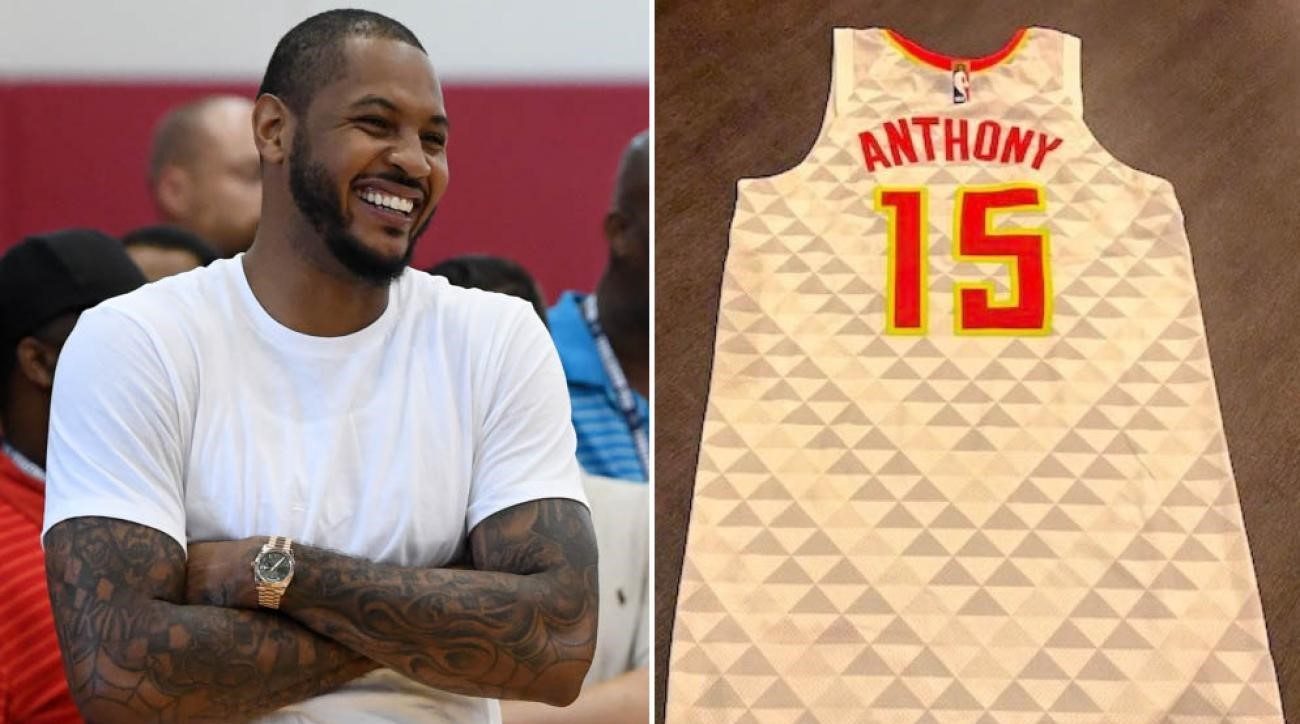 Carmelo Anthony Gets His Wish: An Atlanta Hawks Jersey

This has been some kind of offseason for Carmelo Anthony.

First, Melo opted in to the final year of his current contract worth a hefty $27.9M. Then the Oklahoma City Thunder traded him to the Atlanta Hawks along with a protected 2022 first round pick for Dennis Schroeder and Mike Muscala. The Hawks had no intention of keeping Anthony and five days after receiving the former All-Star forward, the Hawks bought him out to the tune of $25.5M.

After receiving his salary without even playing a single game for the Hawks, Anthony demanded one more thing for the franchise: a jersey with his name on it. For real? Yes, Melo asked for a jersey and one month later, the Hawks granted Anthony his wish:

Though the jersey will never be worn in a game nor will it hang in the rafters at the Phillips Arena, it’s going to become the ultimate collector’s item. Melo’s Hawks jersey will join the ranks of well, Dwight Howard’s Brooklyn Nets jersey, if ever they made him one (perhaps not), Andrew Bynum’s Philadelphia 76ers jersey or even Andrew Wiggins’ Cleveland Cavaliers uniform which they never got to wear because they were immediately moved to another destination or waived before playing a single minute for their mother teams.

For Anthony, the jersey Atlanta sent him will most probably join his collection of jerseys from his stints with the Denver Nuggets, New York Knicks and Oklahoma City Thunder. Atlanta is officially the fourth team that Anthony has been part of and after coming to terms with the Houston Rockets, he will officially have five different team jerseys hanging in his personal collection.

But while Anthony’s Hawks #15 jersey is a sure collector’s item, it’s not the only one bearing the Hawks name that’s valuable and rare. For example, there is the now famous Rasheed Wallace jersey which collectors are dying to have a piece of. 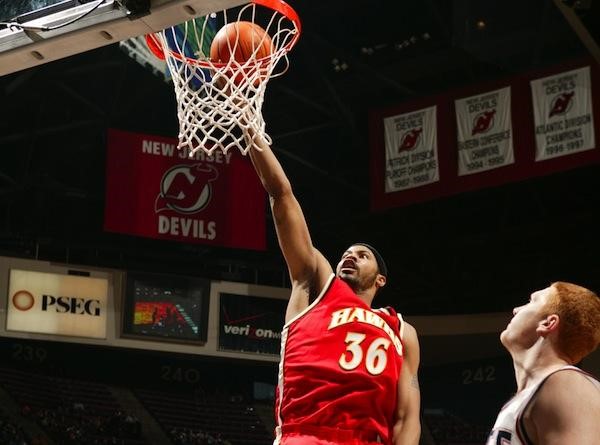 The year was 2004 and after eight years of being the best player for the Portland Trail Blazers and nearly taking them to the 2000 NBA Finals, Rasheed Wallace was traded to the Atlanta Hawks for Shareef Abdur-Rahim, Theo Ratliff and Dan Dickau. But Wallace did not last long in Atlanta. His stint with the Hawks ended after 10 days and just one game played. Atlanta shipped him to Detroit in a salary dump.

In his lone game as a Hawk, Wallace scored 20 points, grabbed 6 rebounds and blocked 5 shots. He did shot a miserable 8-24 from the floor though and the Hawks lost the game to the New Jersey Nets. But garbage turned to gold as Wallace would go on to help the Detroit Pistons upset the star-studded Los Angeles Lakers in the 2004 NBA Finals.

Not only did Sheed last five more days in Atlanta than Melo, he also logged in one game for the Hawks, unlike Melo who never registered a single second of playing time for Atlanta. But Melo isn’t the only one who was once part of the Atlanta Hawks roster but never got to play a single second for the team.

Here is a list of NBA players who were once members of the Atlanta Hawks but never got to play a single regular season game with the team: 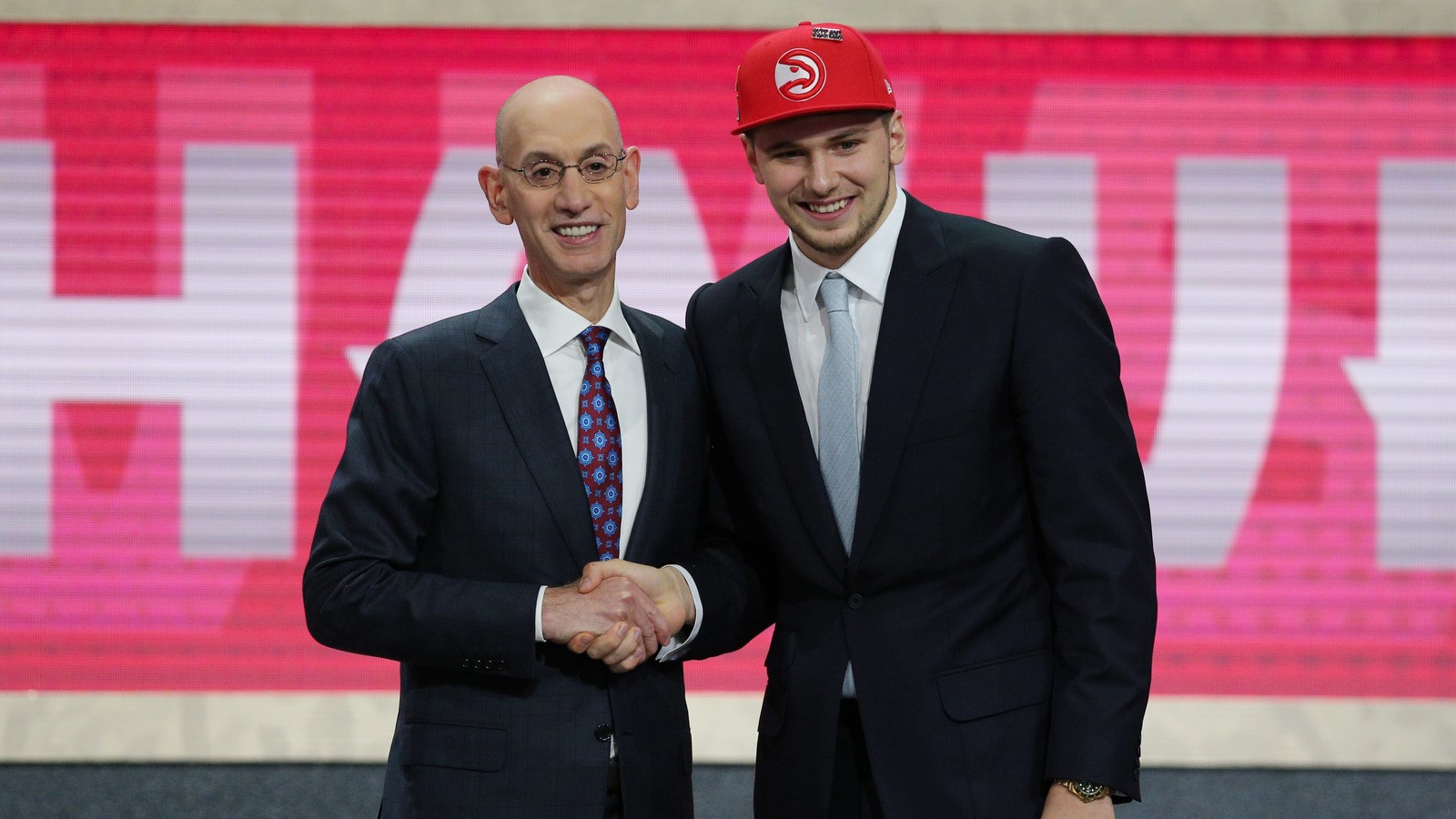 We don’t need to look far behind than the recent 2018 NBA Draft when the Atlanta Hawks selected European teen sensation Luka Doncic with the third overall pick of the draft only to trade him to the Dallas Mavericks two picks later for 5th overall selection Trae Young. So while Carmelo Anthony’s Hawks career lasted five days, Luka Doncic’s life in Altanta lasted minutes. Let’s hope Trae Young lives up to his hype and the Hawks don’t regret trading Luka Doncic. Or else, this could end up as one of the worst trades in Hawks history. The next item on this list may be the worst. 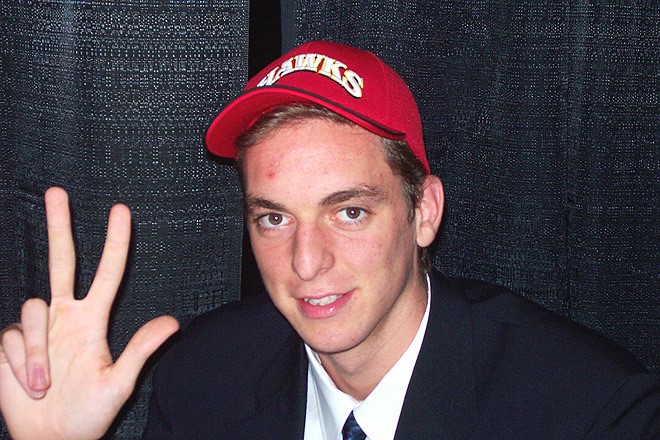 Getting Abdur-Raheem looked great at that time. Not only was he raised in nearby Marietta, GA and studied Wheeler High School but he was coming off a season where he averaged 21.2 points, 9.0 rebounds and 3.0 assists per game in Vancouver (now Memphis). But as we all know now, things didn’t work out for Abdur-Raheem in Atlanta.

On the other hand, Pau Gasol became the first franchise player for the Grizzlies. He would later cement his NBA status with back to back titles in Los Angeles. Gasol is still playing for the San Antonio Spurs while Abdur-Raheem has long been gone and almost forgotten by many NBA fans. This was one of the most lopsided trades in Hawks history. 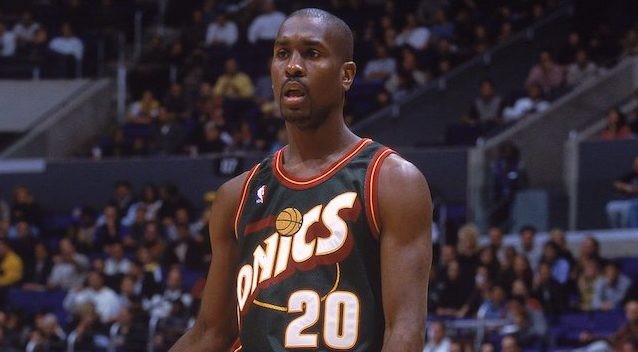 The Glove is well known for his 13 year stint with the Seattle Supersonics where he teamed up with the high flying Shawn Kemp to form one of the most exciting above the rim duos the league has ever seen. Payton and Kemp led the Sonics to the 1996 NBA Finals where the Sonics lost to Michael Jordan’s Chicago Bulls.

From Seattle, Payton played for the Bucks, Lakers, Celtics and then the Miami Heat. In 2005, while playing for Boston, he was traded to the Atlanta Hawks along with Tom Gugliotta, Michael Stewart and a first round draft pick for Antoine Walker. Payton was immediately waived by the Hawks and he returned to the Boston Celtics. The following season, Payton signed with the Heat and in 2006, he was part of their title winning squad. 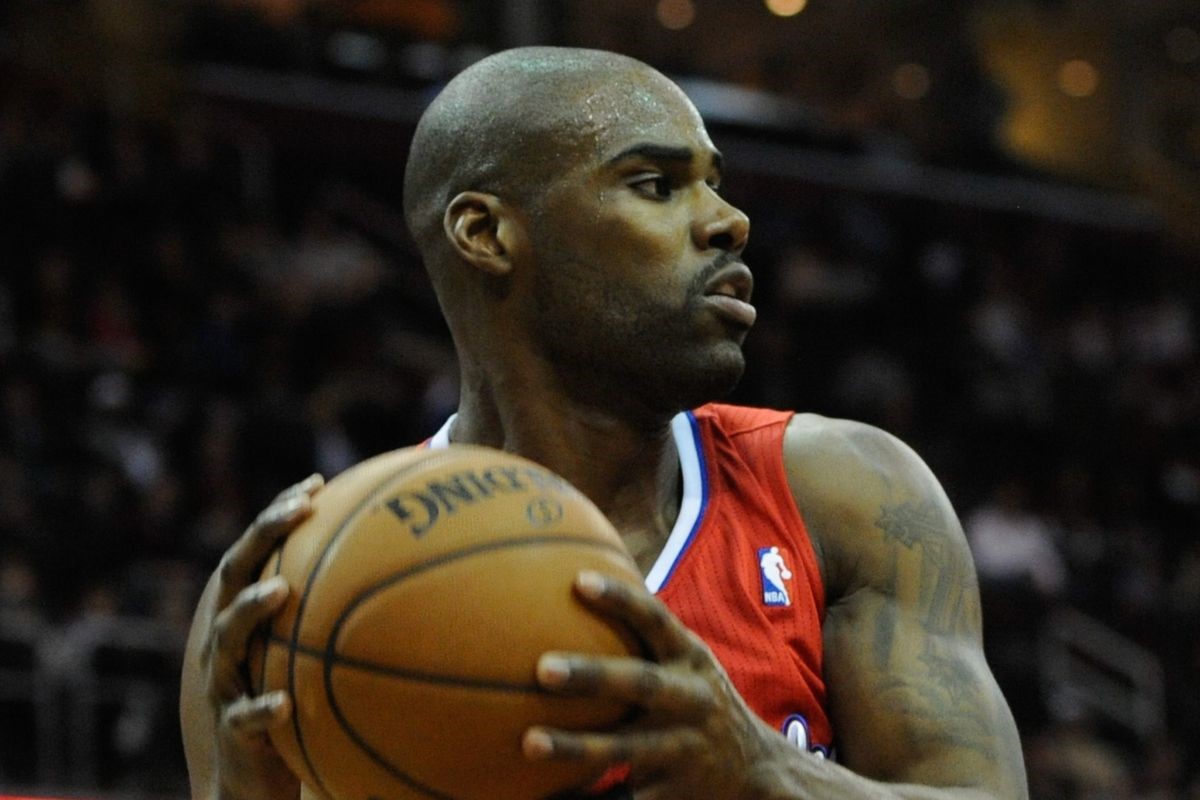 At the 2014 trade deadline, the Atlanta Hawks traded the draft rights to former second round pick Cenk Akyol to the Los Angeles Clippers for veteran forward Antawn Jamison. The move got the Clippers some $2M in savings from salaries and luxury tax plus an open roster. On the other hand, the Hawks had no intention of keeping Jamison as he was immediately waived the following day.

Later that year, Jamison announced his retirement from professional basketball and became an NBA broadcaster for Time Warner Cable SportsNet, analyzing games of the Los Angeles Lakers. In 2017, Jamison was hired by the Lakers in a scouting role. 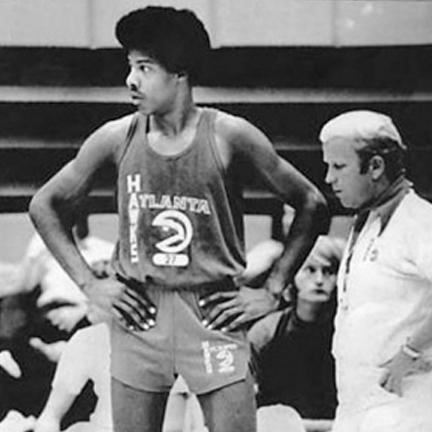 Ok so you never heard about Pau Gasol and the Hawks. What about Dr. J and the Hawks? Although he never played a regular season game for the Hawks, Julius Erving did in fact play for the franchise in the preseason.

Before the 1972 NBA Draft, the Doctor was unhappy with his contract with the Virginia Squires of the American Basketball Association so he struck a deal to play for the Hawks. Unfortunately for Atlanta, Erving was drafted by the Milwaukee Bucks in the NBA and that led to a legal mess.

For one week, Dr.J. played two preseason games for the Hawks, teaming up with the legendary Pete Maravich while scoring 24 points in two games. The ABA forced him back to the Squires while the Hawks were fined by the NBA $25,000 per game that Erving played. Fearing they would lose him to the NBA, an arrangement was later made to send Dr.J to the New York Nets.

So there. That’s some list of players who never got a chance to don their Hawks jerseys, a player who wore his for one game and another who wore his during preseason play only. As for Carmelo Anthony, he’s with Houston now. Let’s just hope he enjoys the success that the likes of ex-Hawks Rasheed Wallace, Pau Gasol, Gary Payton and yes, even Julius Erving. Will Melo win a title in Houston?